THE first round of surge testing to catch the Indian variant in the UK has been rolled out in Bolton, Greater Manchester.

Testing in Bolton comes after Public Health England (PHE) today revealed that the B.1.617.2 strain of the Indian variant would be listed as “one of concern”. 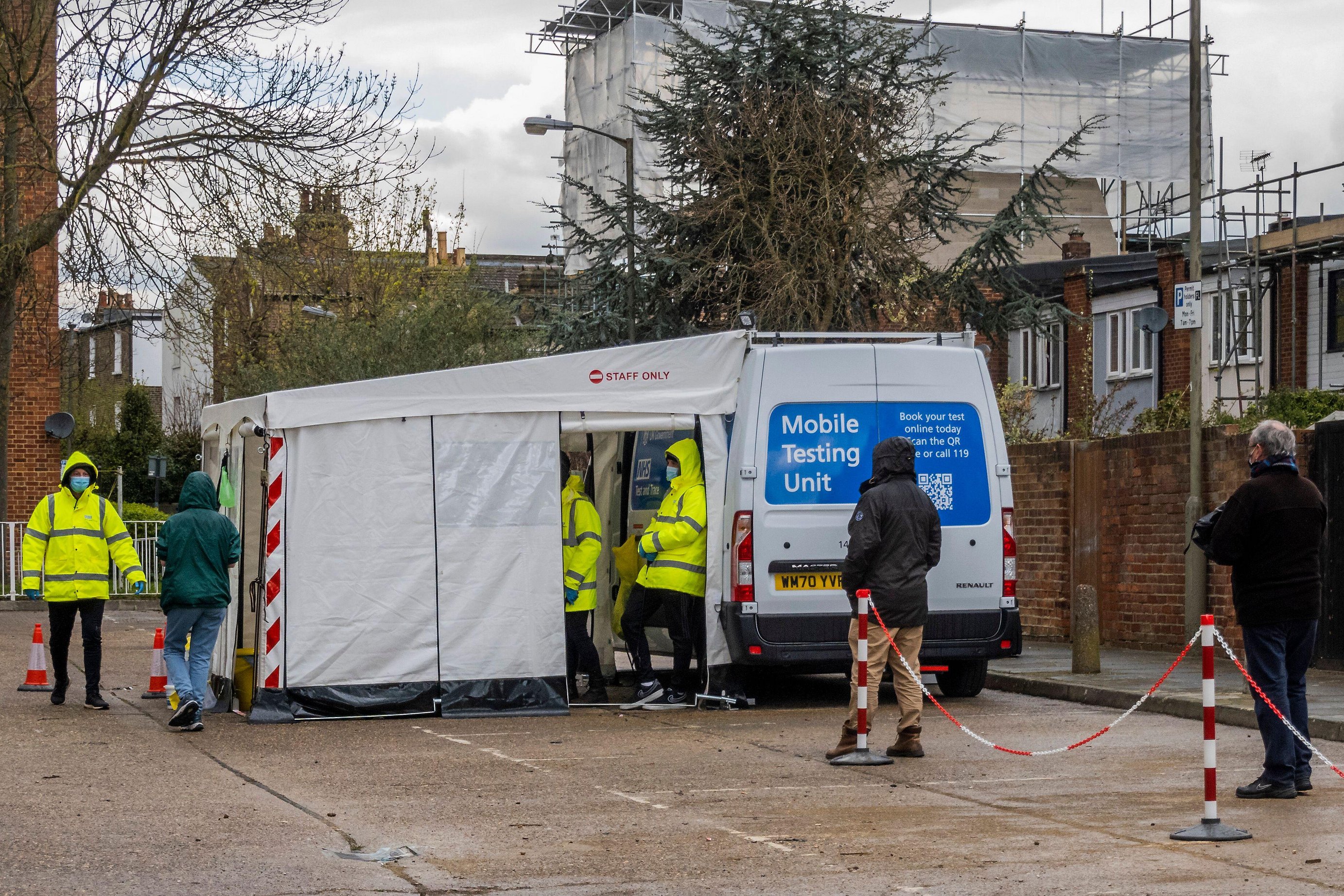 Surge testing will now be rolled out in Ruislip in order to detect the South African variantCredit: Alamy

In Bolton, experts will be looking for both cases of the Indian variant and the South African variant.

People in the BL3 area have been urged to get a test.

The cases of new variants in Bolton and are self-isolating and their contacts have also been identified, the Department of Health said today.

It comes after health experts in Bolton had reportedly begged the government to take more action in the town.

Surge testing for coronavirus has also been deployed in London to catch cases of the South African variant.

In London, people living in the HA4 postcode in Ruislip, Hillingdon have been urged to take a Covid PCR test.

People in the areas above have been urged to get tested even if they don’t have symptoms.

The Department of Health today said that people in this area should continue to take the weekly lateral flow tests that are provided for free by the government and can be done at home within 30 minutes.

But by rolling out the NHS PCR tests in these area, experts will be able to detect cases of the variant.

This is because positive results can be sent for genomic sequencing in the laboratory.

People with symptoms should book a free test online or by phone so they can get tested at a testing site or have a testing kit sent to them at home.

Those without symptoms should visit the local authority website for more information.

Dr Susan Hopkins, Covid-19 Strategic Response Director at PHE said the way to limit the spread of variants has not changed.

She reiterated the hands, face, space and fresh air message and urged people to get tested if they are told to, if they have symptoms or if they have been in contact with someone who has tested positive.

But Dr Jenny Harries, the chief executive of the UK Health Security Agency, said people in areas with variants should behave more cautiously.

Speaking at the Downing Street press briefing, Dr Harries confirmed there “should be concern” about the Indian variant B.1.617.2.

She said: “There is quite a complicated message here; overall positive rates have dropped dramatically.

“But in some areas there are some variants of concern, particularly the Indian one, which have risen quite sharply in the past week or two.

“In those areas, we really do want people to be extra cautious.

“We are encouraging people to continue to work from home, all the things we know, socialise outdoors, even if the rules change, it’s really important people continue to do that.”

Dr Harries said it was likely this would continue to be a trend as the UK came out of lockdown, with some areas needing to be more alert than others.

ROLL OUT ROLL OUT

There are now four London boroughs where surge testing is taking place.

In Hounslow, there is surge testing in the Woodlands area.

Surge testing is also taking place in certain areas in the West Midlands.

The postcode areas in Sandwell Metropolitan Borough Council that are also being surge tested are, B66 3, B66 4 and B67 6 postcode areas.