Officials are considering taking tougher action after the UK recorded its deadliest day of the pandemic so far. 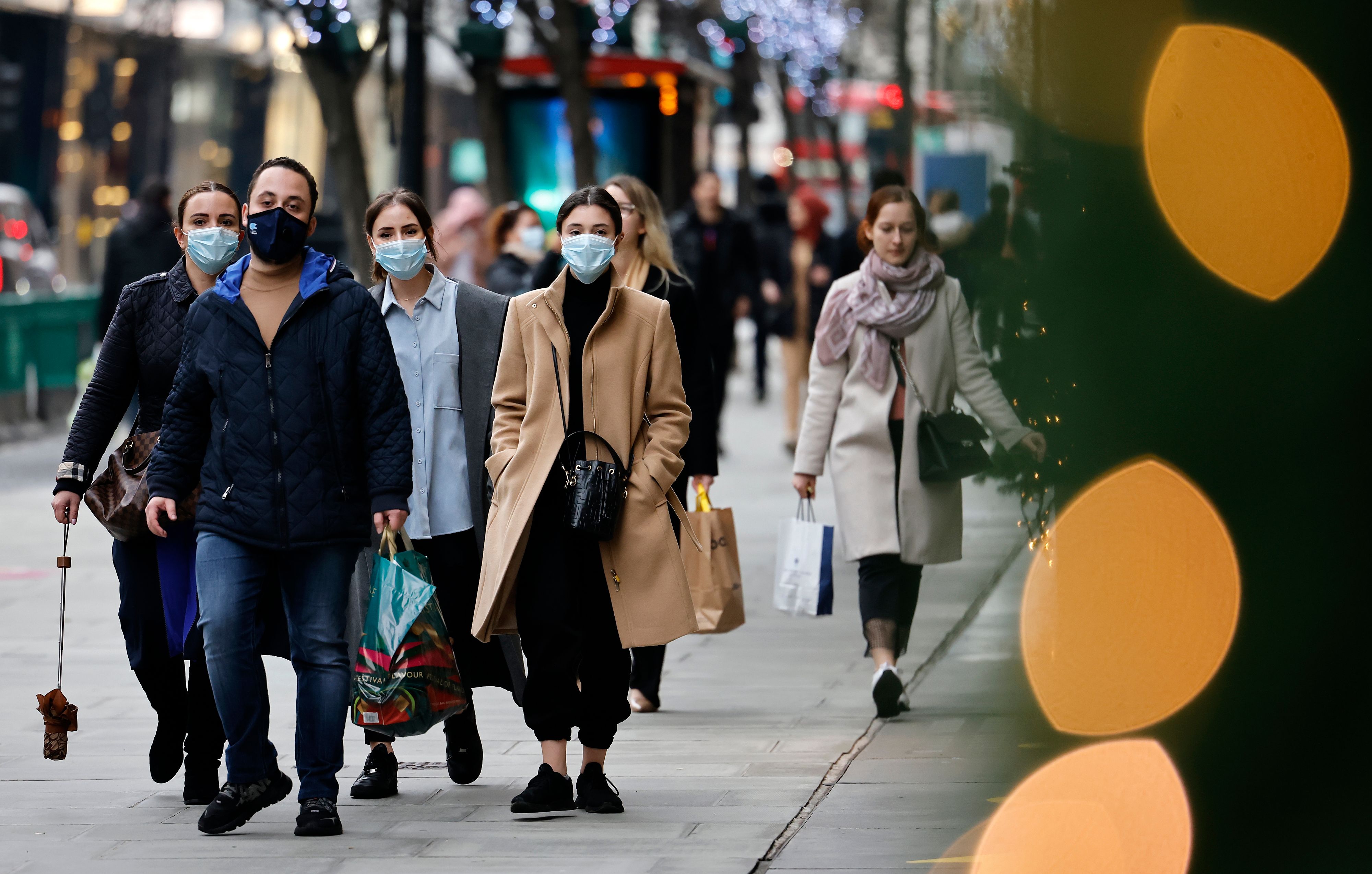 Brits could be required to wear a face mask in busy outdoor public areas as ministers considering tightening the lockdown measuresCredit: AFP or licensors 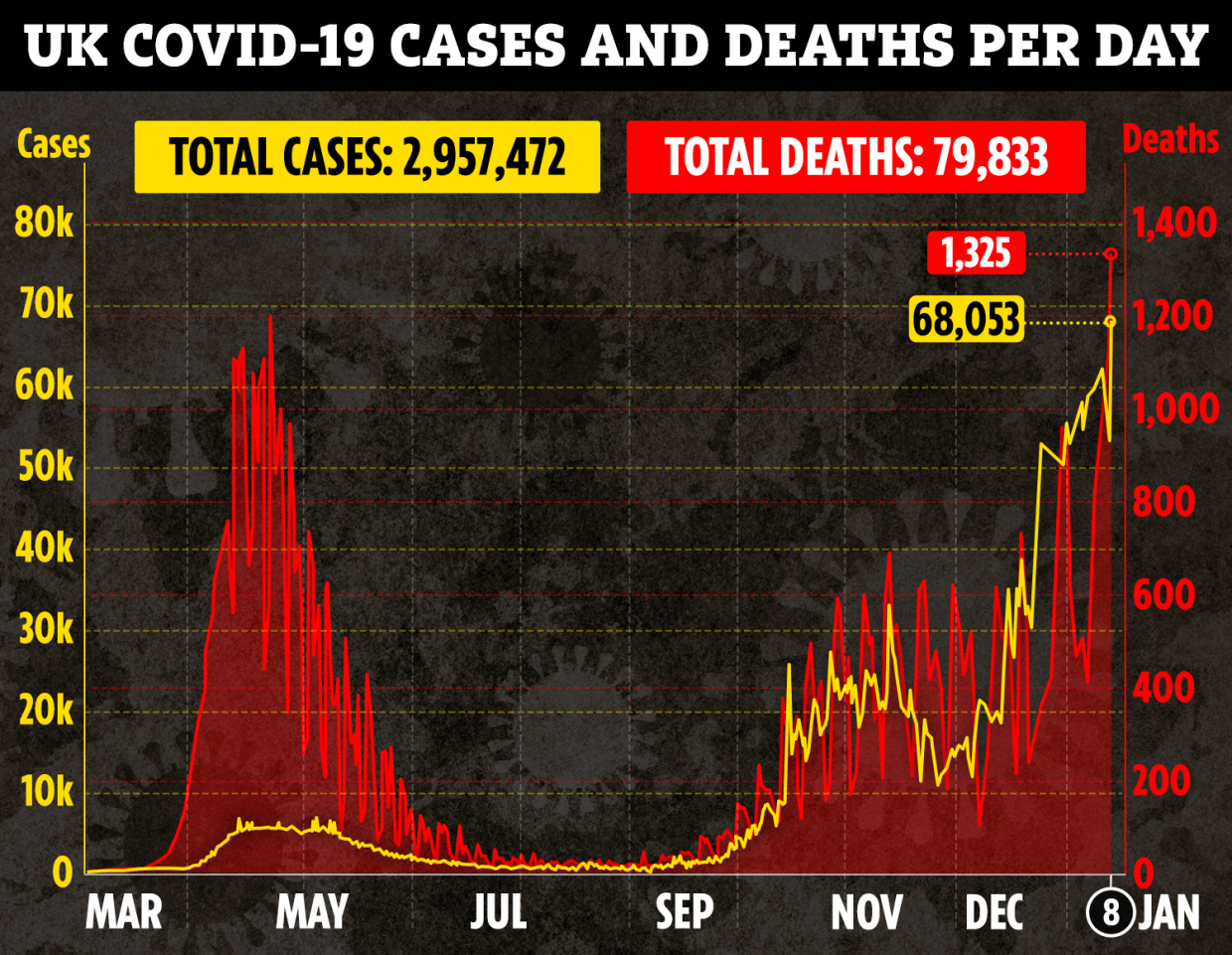 Another 1,325 Brits died from Covid-19 on Friday in what was the UK’s deadliest day

Government ministers and scientists are growing increasingly concerned about public compliance with the lockdown and believe there are few major options left to tighten the restrictions further.

But, Health Secretary Matt Hancock and other ministers have been examining the case to extend the use of mask wearing.

It’s thought that face coverings could be made mandatory in busy public places such as supermarket queues.

One government source told The Telegraph: “There’s not a lot more that we can do.

“We’ve put in these very tough national restrictions. It is a lockdown for everyone all the time.”

London mayor Sadiq Khan has called for face coverings to be worn outside the home as he declared a major incident in the capital.

The call for stricter restrictions comes after the UK recorded its deadliest day of the Covid-19 pandemic so far.

The grim daily death figures have now topped 1,000 for the third day running as a mutant strain rips across the country.

Friday’s number brings the total for the UK to 79,833 and is the highest number of UK deaths reported on a single day since the outbreak began.

It is also more than double the 613 reported a week ago. 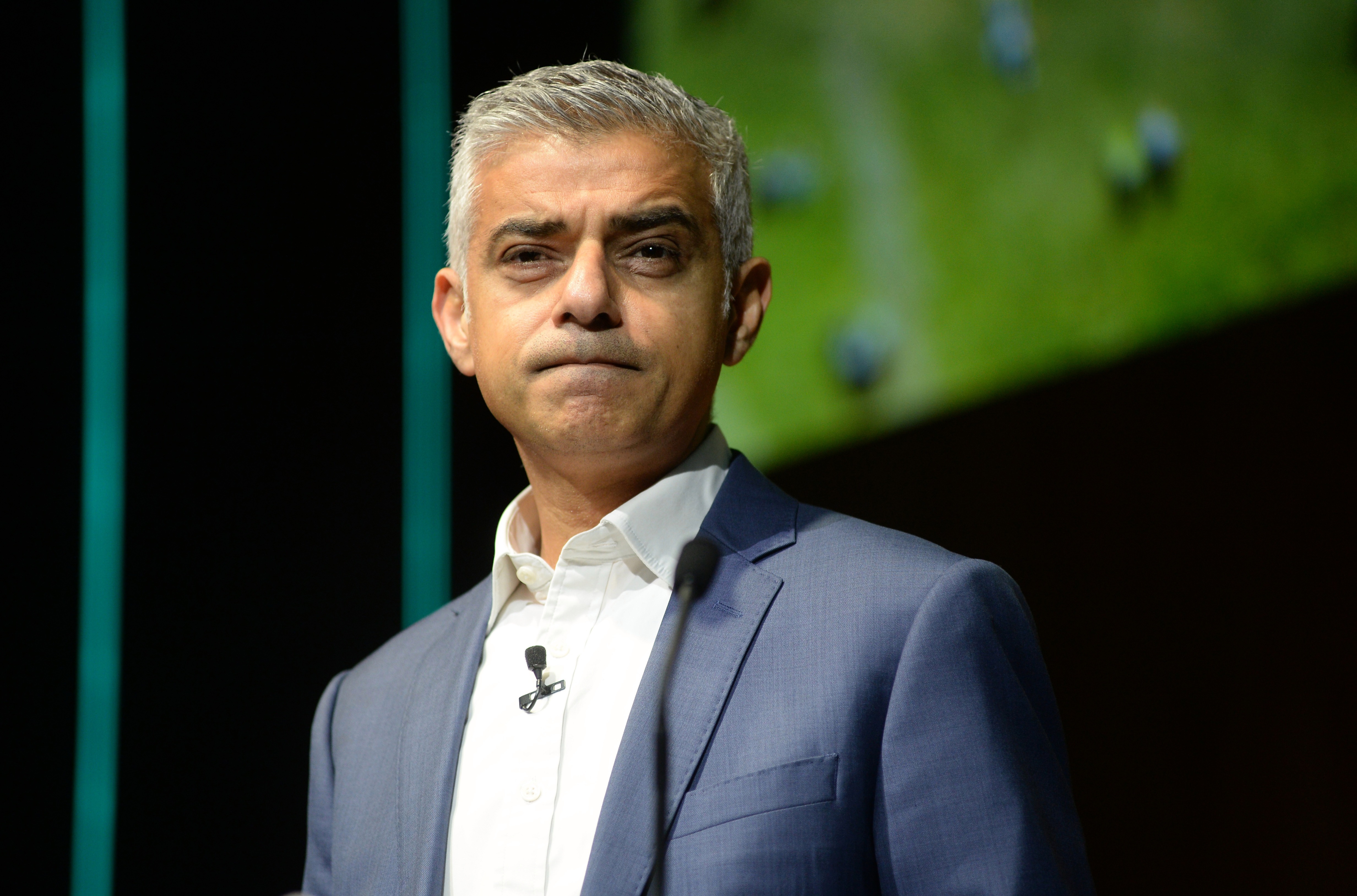 Mayor of London Sadiq Khan has called for masks to be made mandatory in busy outdoor spaces Credit: Getty Images – Getty 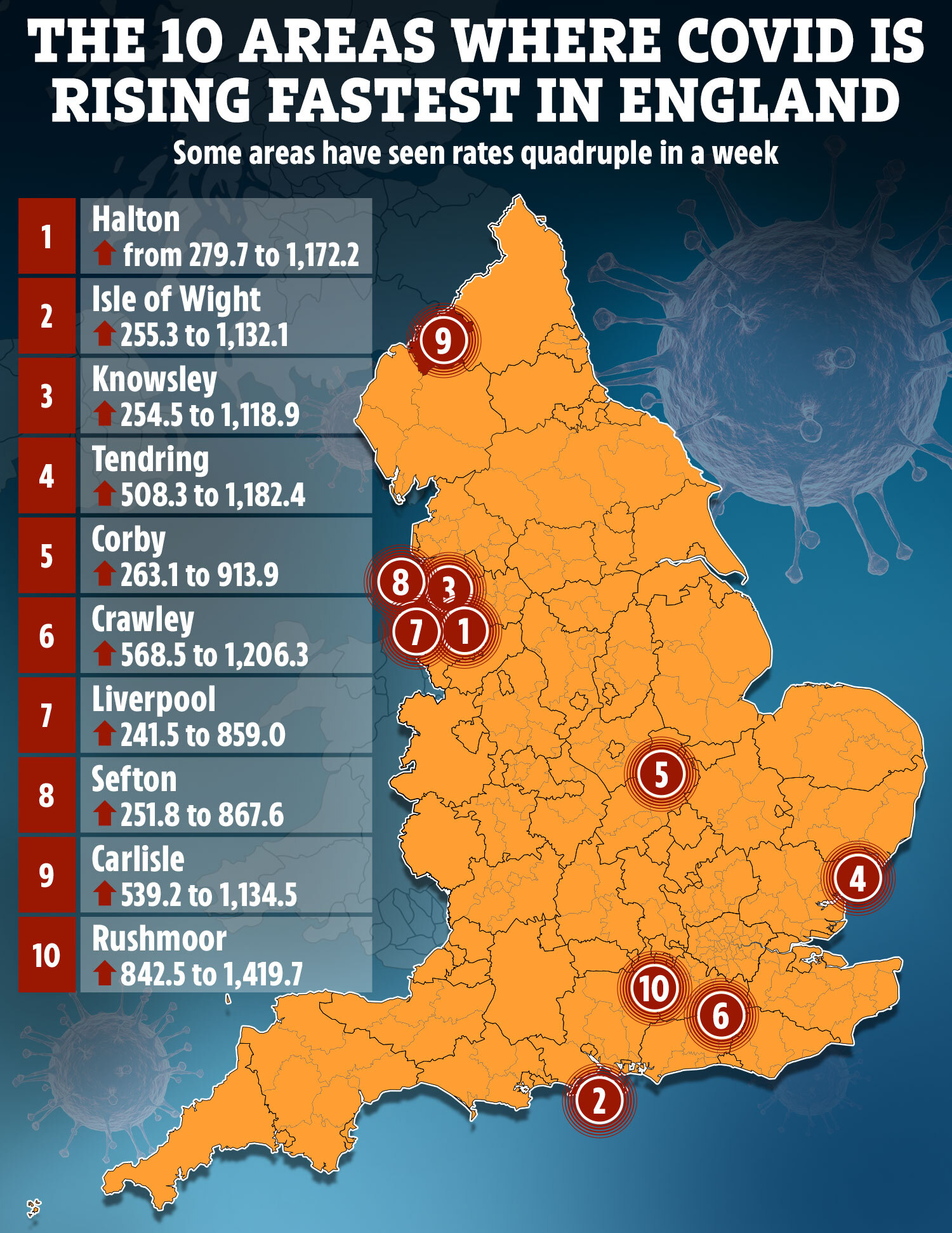 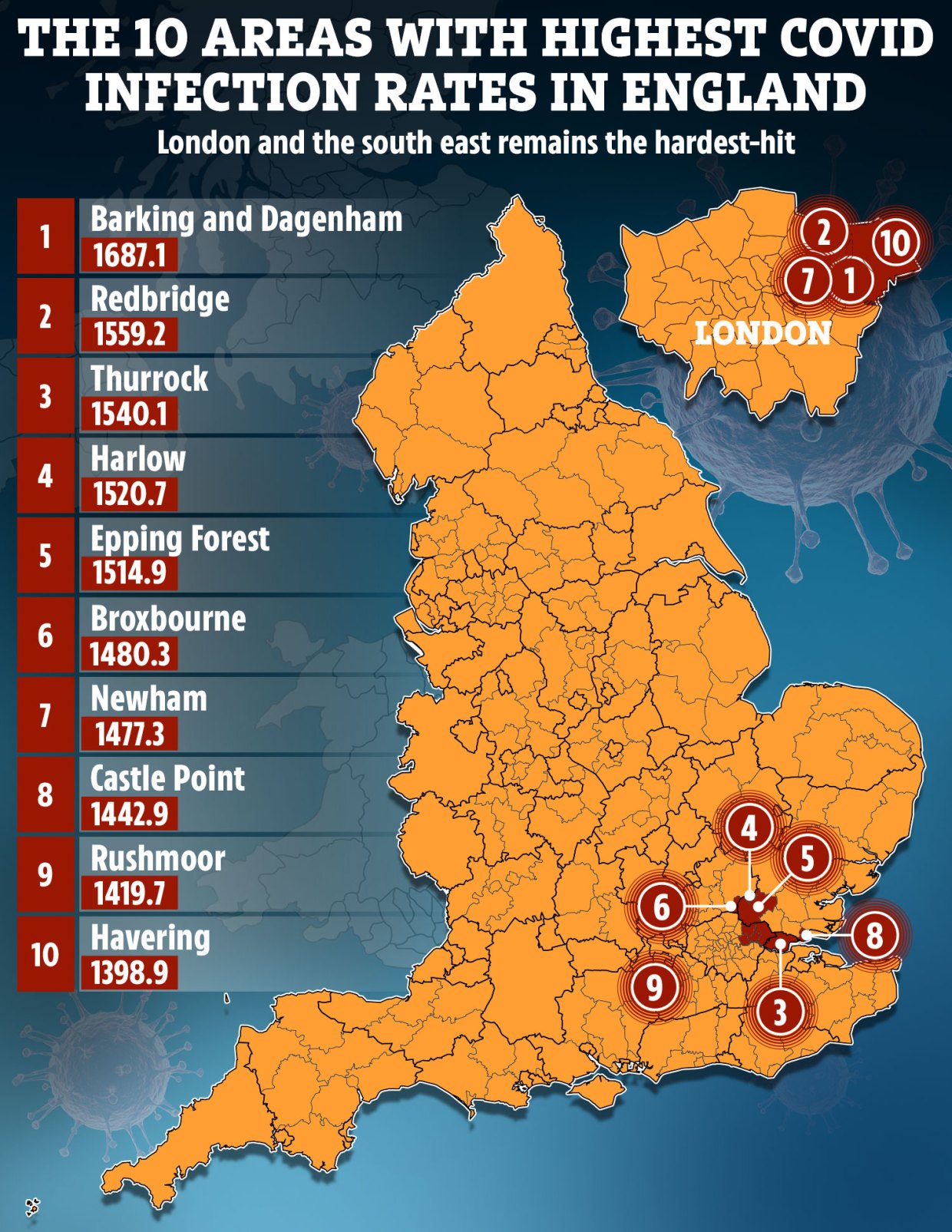 Mr Khan said on average, one in 30 Londoners have the disease – although in some areas of the capital it’s one in 20.

He said the NHS is “on the cusp of being overwhelmed” with more than 7,000 Covid patients in London hospitals — almost 2,000 more than the first peak last April.

He said the mutation of the virus is putting “many people at risk of serious disease and is placing a lot of pressure on our NHS”.

Images carry the stark message: “Coronavirus. If you go out, you can spread it. People will die.”

In the stark clip, Mr Whitty says: “Covid-19, especially the new variant, is spreading quickly across the country. This puts many people at risk of serious disease and is placing a lot of pressure on our NHS.

“Once more, we must all stay home. If it’s essential to go out, remember: wash your hands, cover your face indoors and keep your distance from others.

“Vaccines give clear hope for the future, but for now we must all stay home, protect the NHS and save lives.”

The campaign also urges people to “act like you’ve got it”, reminding Brits that “anyone can spread it”.

They added that “those not wearing masks where they should be and without good reason can expect to be fined – not reasoned with”.

Mr Khan previously urged Londoners to wear masks outdoors in the run up to Christmas as high streets became busier.

Masks are already compulsory on public transport, in railways stations, airports and shops and before the lockdown, customers were required to wear them in pubs, restaurants and cafes before being seated.

The government advises wearing a face mask if it’s difficult to social distance from others but scientists have said the risk of catching the killer bug outdoors isn’t as likely as being indoors. 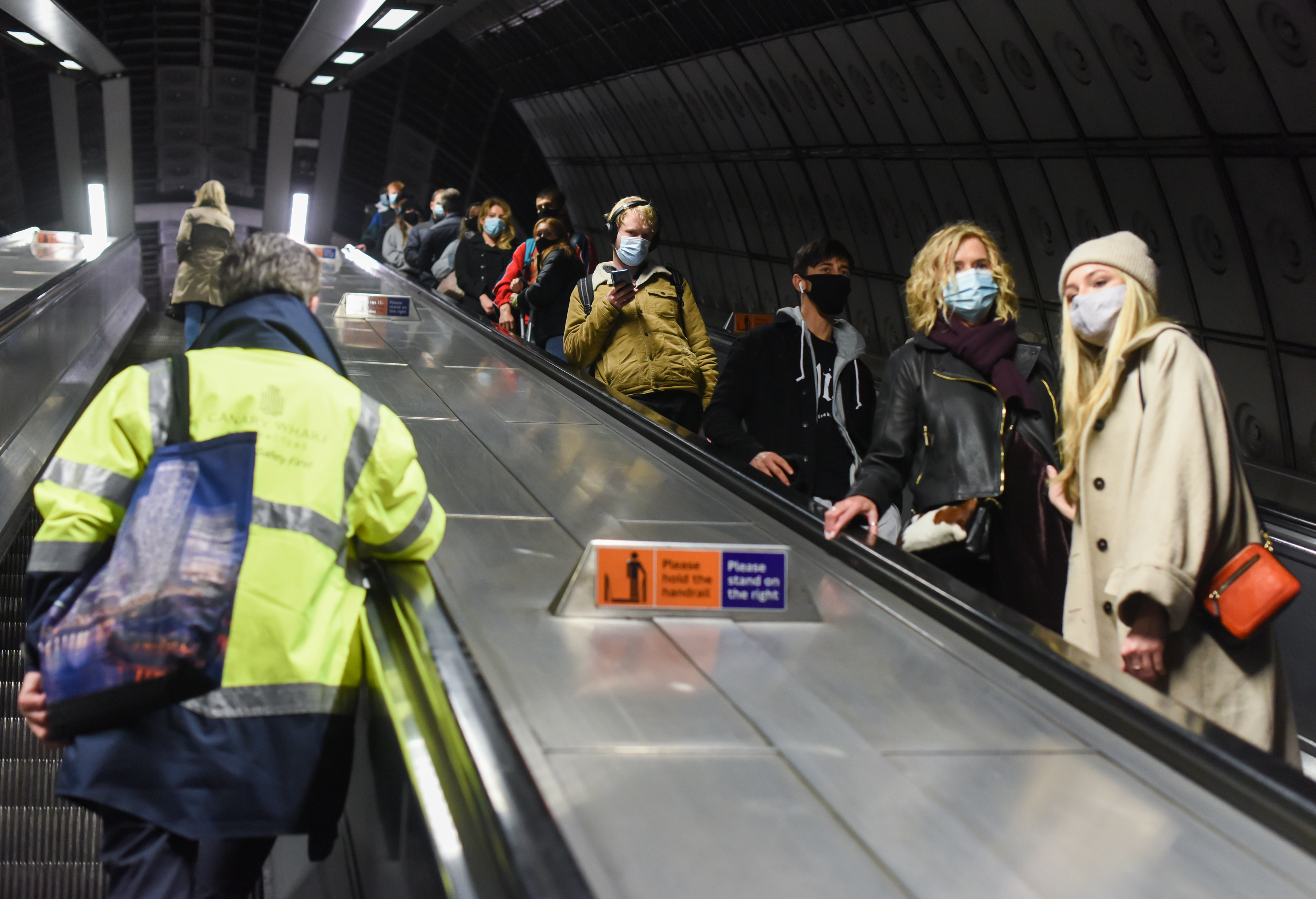 Face masks are compulsory on public transport, unless exempt, but ministers are considering extending their useCredit: Gustavo Valiente / Parsons Media