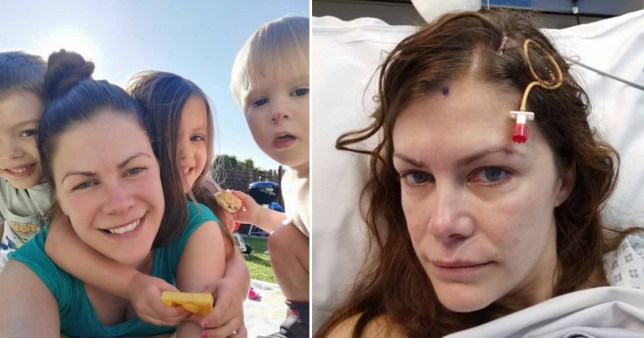 Rebecca went to get her eyes tested after having headaches (Picture: PA Real Life)

When Rebecca Dean, 35, went to her usual eye test, she never suspected her dull headache could be a sign of anything more sinister.

She was alarmed when her worried optician – who she saw regularly due to having Reis-Buckler’s corneal dystrophy, which can cause cloudy vision, eye pain, and sight loss – sent her to the hospital for scans.

Those scans revealed that nursing and midwifery student Rebecca, of Hyde, Greater Manchester, had a hydrocephalus; a build-up of fluid on the brain that can be fatal.

‘I mentioned that I’d been having headaches for about two weeks, which I don’t normally get,’ she said.

‘At the time, I was more nervous for the children than myself, but it’s been pretty traumatic.

‘It wasn’t a crippling headache like migraine pain – it was just a dull ache, as though someone was squeezing my head. 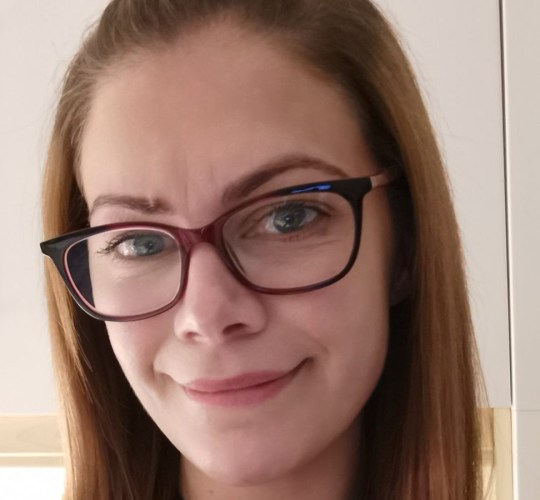 The mum had regular eye tests as she has Reis-Buckler’s corneal dystrophy, which can cause cloudy vision, eye pain, and sight loss (Picture: PA Real Life)

‘It was more pressure than pain, but it was there and it was noticeable.

‘They did a full examination of my eye to check the optic nerve and noticed something not quite right. The optician referred me to the hospital there and then.”

It turned out that the dull ache had been caused by fluid making her brain swell and press on to Rebecca’s skull. 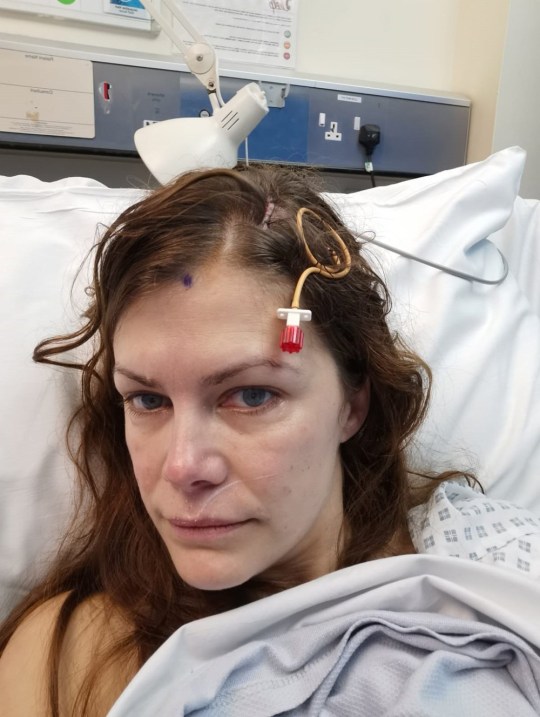 Rebecca was diagnosed with hydrocephalus; excess fluid in her brain that was causing swelling and pressure (Picture: PA Real Life)

She was quickly admitted for drastic surgery to drill holes through her skull in order to drain the fluid away.

But her inpatient stay was extended to nearly four weeks – during which time her train driver fiancée Colin Cooper, 33, looked after their children Ethan, six, Erin, five, and William, two – after she contracted bacterial meningitis and tested positive for Covid-19 in hospital.

Rebecca said: ‘It was quite scary, as I was all on my own and it all happened very quickly. It was so unexpected it felt a bit surreal.

‘The surgeon described [the procedure] as unblocking a sink.

‘The tube that drains fluid from my brain was blocked – as though it had webbing across it. 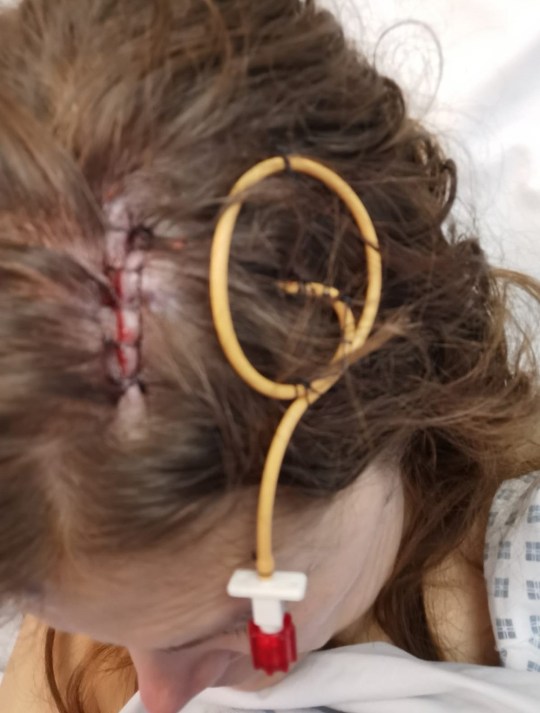 The student had holes drilled through her skull to drain the fluid (Picture: PA Real Life)

‘This procedure creates another hole which diverts the fluid, so it goes back down your spine.

‘They wanted to perform the surgery as soon as possible – it was basically a ticking time bomb.’

With all visits from her family banned due to Covid-19, she remained in hospital for almost a month.

Her stay was extended as she contracted bacterial meningitis after her operation – an infection of the protective membranes surrounding the brain and spinal cord, which can cause fatal blood poisoning – then tested positive for Covid-19. 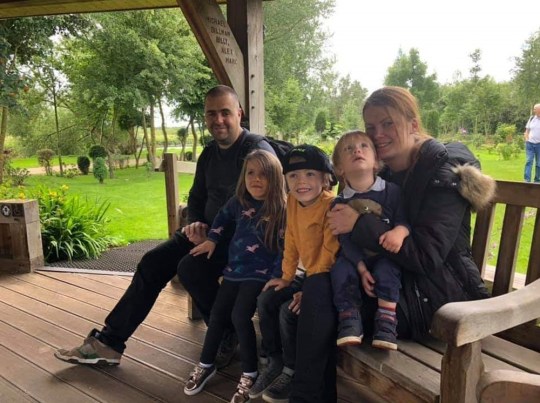 Rebecca had been FaceTiming her children up to four times a day during her stay – but the triple whammy of hydrocephalus, Covid and meningitis left her too exhausted to communicate.

Luckily, Rebecca made a full recovery, and was able to leave the hospital to be reunited with her family in November.

She will need frequent MRI scans and has been told to watch out for headaches, stuttering or collapsing – all indicators that the hydrocephalus is back. She also has a pressure monitor installed to measure the levels of fluid inside her head. 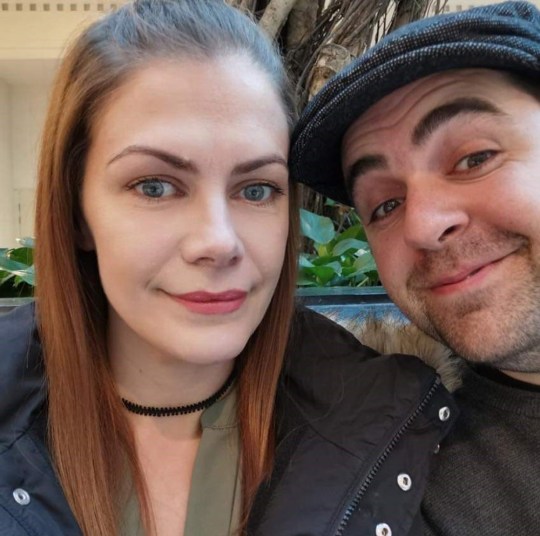 Rebecca has made a full recovery, but now lives with a pressure monitor installed in her head to check the hydrocephalus does not return (Picture: PA Real Life)

The mum has been in touch with specialist spina bifida and hydrocephalus support charity, Shine, who she says have been ‘brilliant’.

Rebecca is keen to share her story in order to urge people to go for regular eye tests.

‘It’s made me a lot more aware of how important it is to get your eyes tested – they can spot so much more than just vision problems,’ she said. ‘They don’t just sell you glasses.’