MOST of the Coronavirus deaths in the United States could have been prevented, according to an ex-task force chief.

Dr. Deborah Birx, who headed the pandemic task force under former president Donald Trump, said the thousands of deaths “could have been mitigated or decreased”. 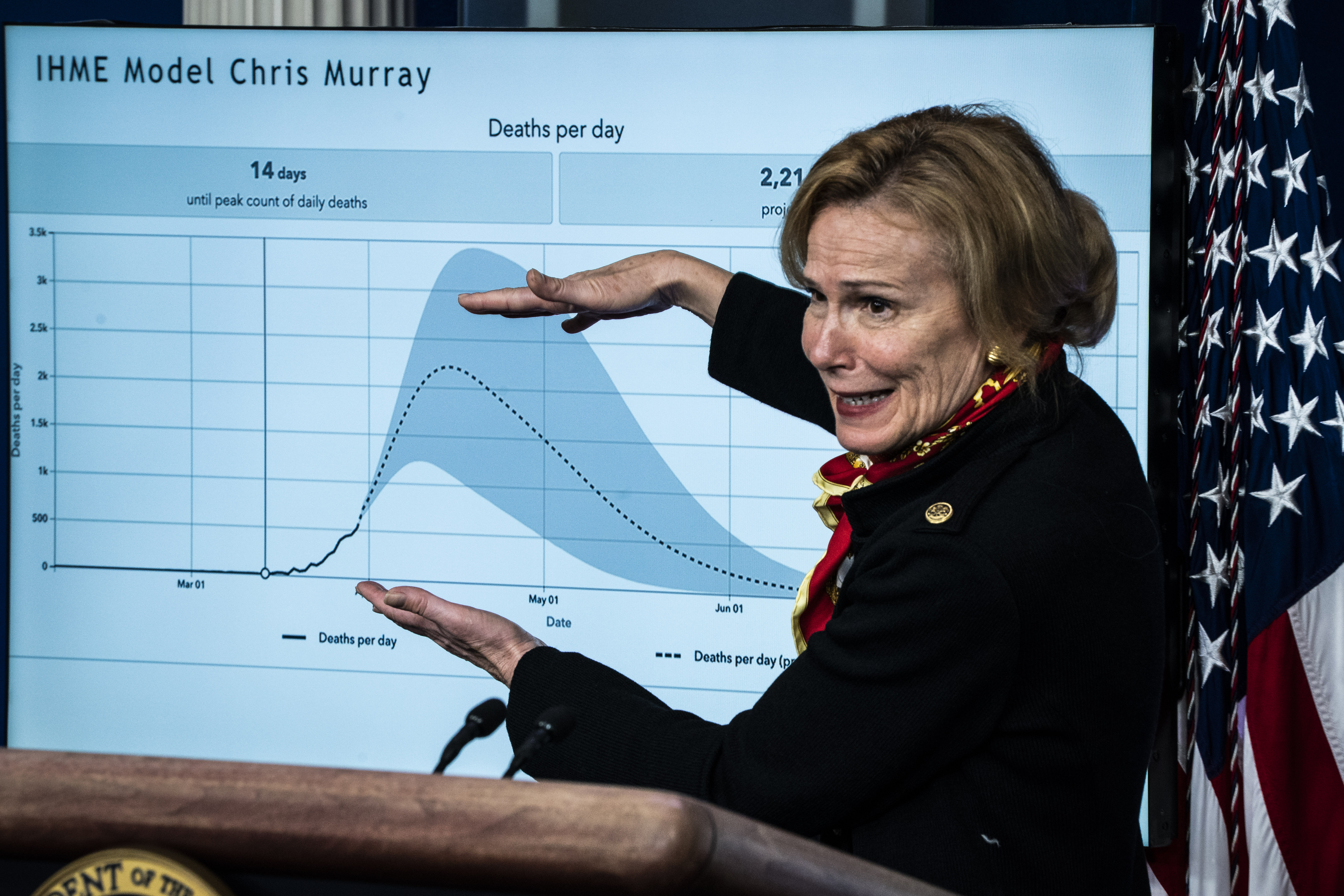 Dr. Deborah Birx said that deaths could have been mitigatedCredit: Getty

Speaking in a clip in a new documentary titled Covid War: The Pandemic Doctors Speak Out, Birx said: “Of the approximately 100,000 deaths that came from the initial surge of the virus, we have an excuse.

“All of the rest of them in my mind could have been mitigated or decreased substantially.”

States and cities needed to act more aggressively and take the lessons from the first surge to reduce cases last spring, she said.

The documentary film, which airs on Sunday, also features an interview with Dr. Anthony Fauci – one of the leading experts in America’s fight against the virus.

It comes as Donald Trump’s ex-CDC director said he thinks coronavirus ‘originated in and escaped from’ a lab in Wuhan.

Robert Redfield made the comments on Friday morning, insisting that he believes the virus was spreading as early as September 2019. 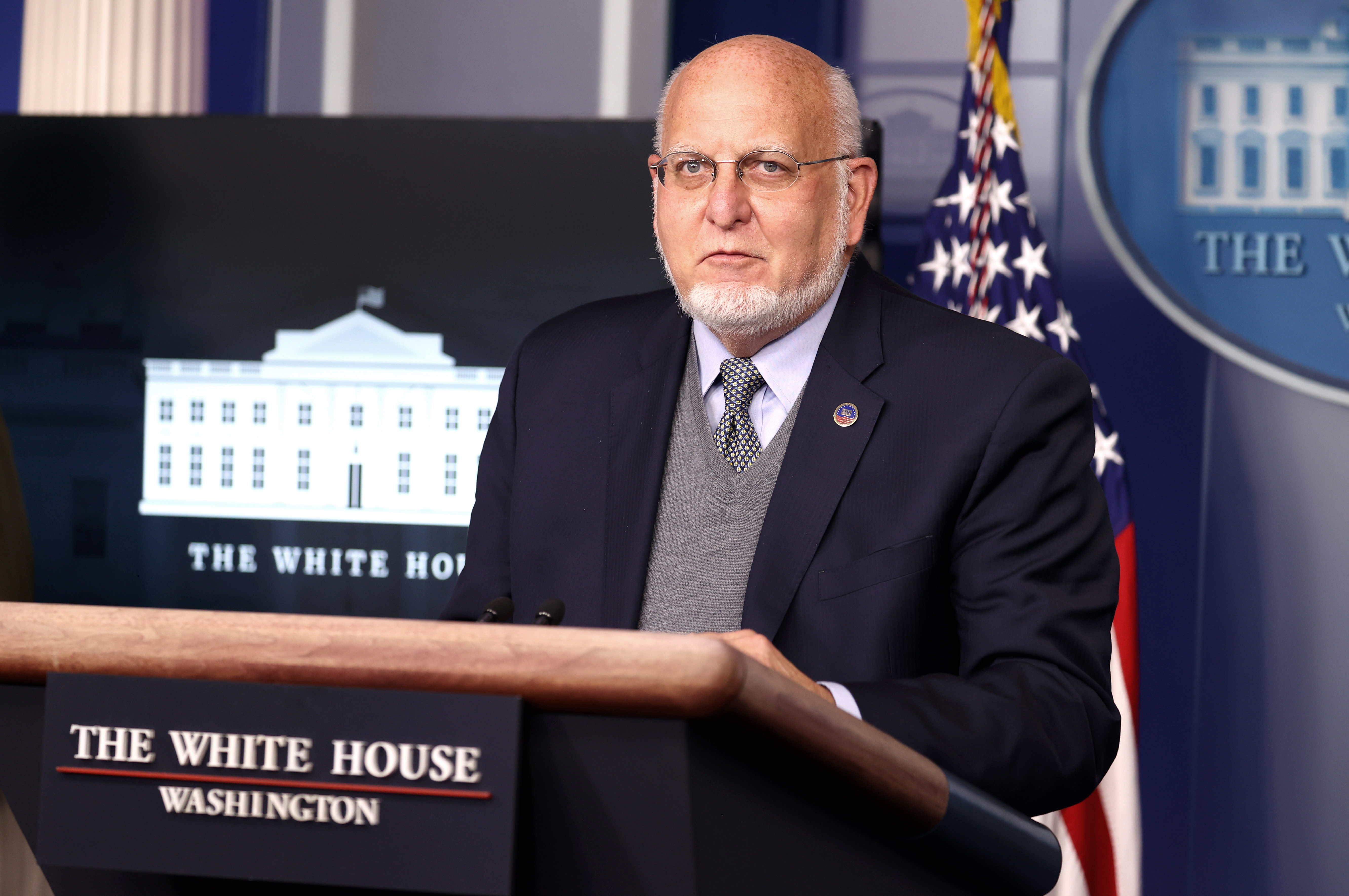 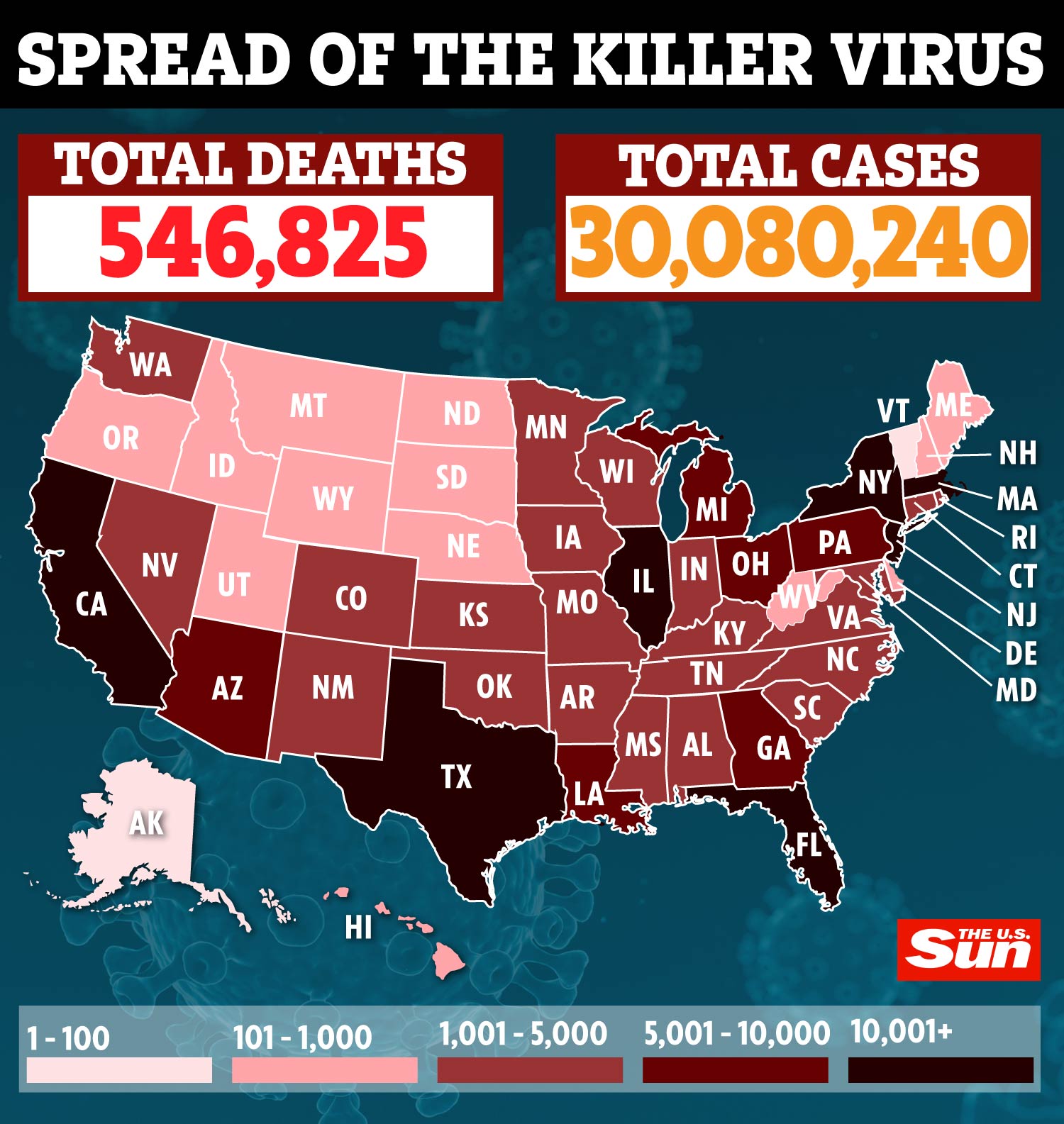 The suggestion that Covid-19 escaped from the Wuhan Institute of Virology has been widely condemned by scientists and nothing more than a conspiracy theory.

However, Redfield told CNN: “I’m of the point of view that I still think the most likely etiology of this pathology in Wuhan was from a laboratory. Escaped.

“Other people don’t believe that. That’s fine. Science will eventually figure it out.

“It’s not unusual for respiratory pathogens that are being worked on in a laboratory to infect the laboratory worker.”

Redfield went on to stress that it was just his opinion, but insisted “I am a virologist, I have spent my life in virology.”

However, Redfield did debunk a common conspiracy theory that the virus came from a bat.

“I do not believe this somehow came from a bat to a human and at that moment in time that the virus came to the human, became one of the most infectious viruses that we know in humanity for human-to-human transmission,” he said.

Chinese officials briefed diplomats on Friday on the ongoing research into the origin of Covid-19, ahead of the expected release of a long-awaited report from the World Health Organization.

The briefing appeared to be an attempt by China to get out its view on the report, which has become enmeshed in a diplomatic spat.

Fauci said that virus that causes COVID-19 was likely spreading for weeks before it was detected, which helped it become more contageous.

“The alternative explanation … is that this virus was actually circulating in China, likely in Wuhan, for a month or more before they were clinically recognized at the end of December 2019,” he said.

“If that were the case, the virus clearly could’ve adapted itself to a greater efficiency of transmissibility over that period of time up to and at the time it was recognized.”

The US and others have raised questions about Chinese influenceand the independence of the findings, and China has accused critics of politicizing a scientific study.

“Our purpose is to show our openness and transparency,” said Yang Tao, a Foreign Ministry official.

“China fought the epidemic in a transparent manner and has nothing to hide.”

The report, which has been delayed repeatedly, is based on a visit earlier this year by a WHO team of international experts to Wuhan, the city in central China where infections from a new coronavirus were first reported in late 2019.

The experts worked with Chinese counterparts, and both sides have to agree on the final report. It’s unclear when it will come out. 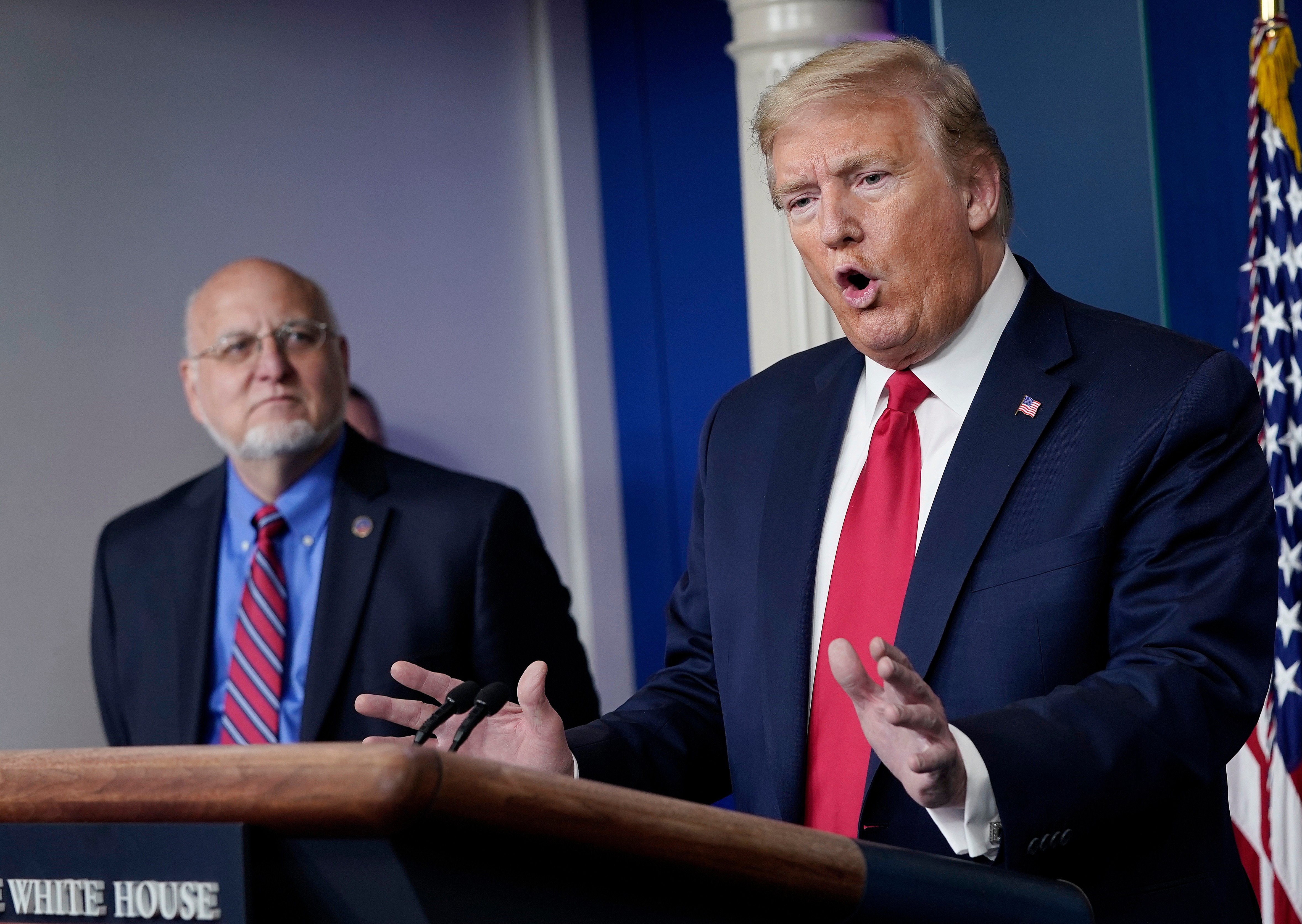 Both Birx and Redfield worked under Donald Trump

Feng Zijian, a Chinese team member and the deputy director of China’s Center for Disease Control and Prevention, said the experts examined four possible ways the virus got to Wuhan.

They are: a bat carrying the virus infected a human, a bat infected an intermediate mammal that spread it to a human, shipments of cold or frozen food, and a laboratory that researches viruses in Wuhan.

The experts voted on the hypotheses after in-depth discussion and concluded one of the two animal routes or the cold chain was most likely how it was transmitted.

A lab leak was viewed as extremely unlikely, Feng said.

His remarks were reported by state broadcaster CCTV, which said envoys from 50 countries and the League of Arab States and the African Union attended the briefing at the Foreign Ministry.

“China firmly opposes certain countries’ attempts to politicize the origin tracing issue and make groundless accusations and hold China accountable,” the ministry said in an online post about the briefing.

Separately, Foreign Ministry spokesperson Hua Chunying said, “I would like to stress that virus tracing is a scientific issue that should be studied by scientists through cooperation.”

She told reporters that the experts are still discussing the contents and translation of the report, and she did not know when it would be released.