SHOPS, pubs and restaurants will be allowed to reopen on Monday, April 12 as life finally starts to get back to normal following months of lockdown. 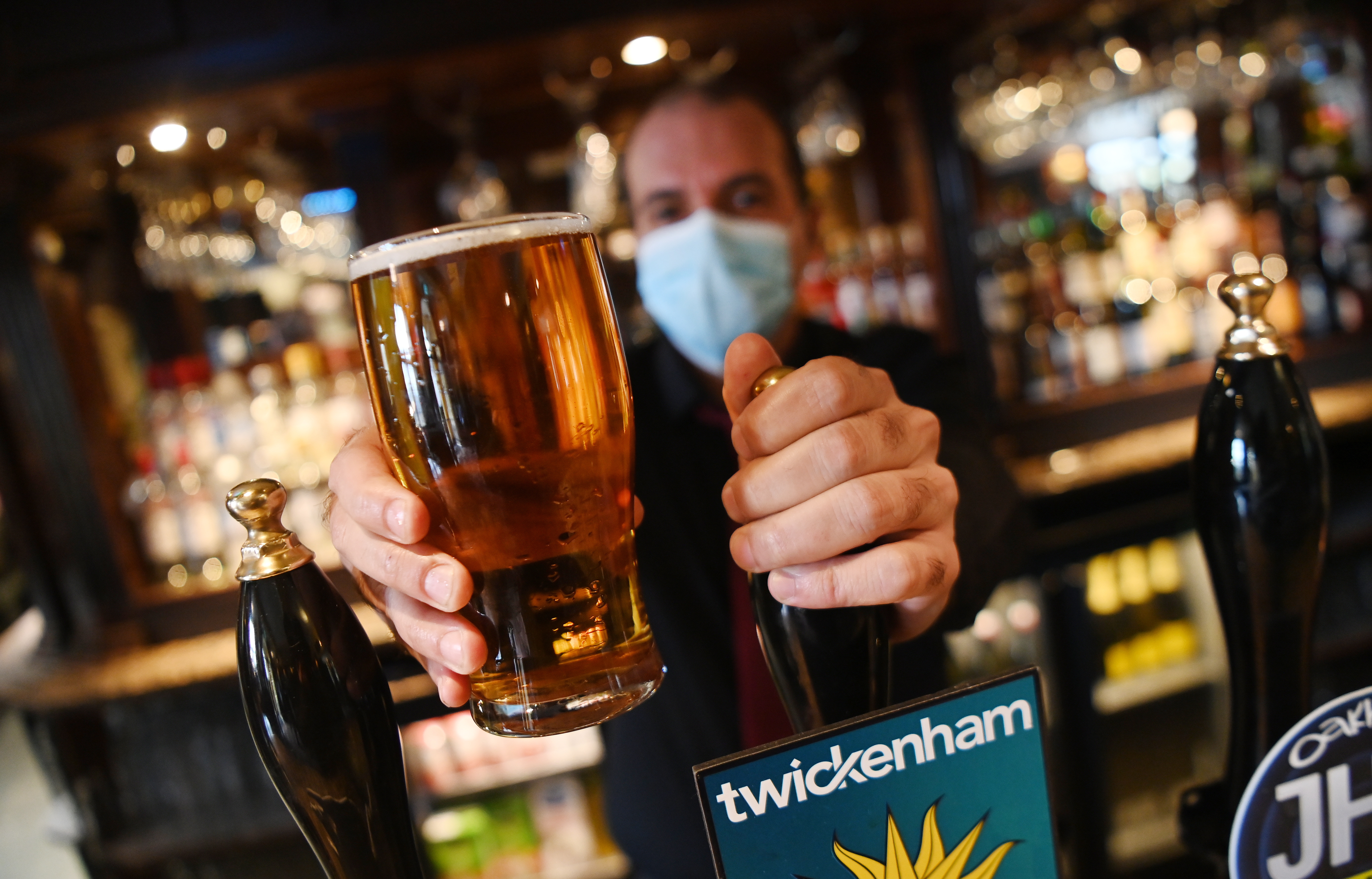 Pubs will finally be allowed to reopen on Monday, April 12 for outdoor service onlyCredit: EPA

Lockdown measures were first eased on March 8, when schools reopened in England, followed by March 29, when millions saw the rule of six return.

Then, on Easter Monday, Prime Minister Boris Johnson confirmed the roadmap dates he had initially set out will remain unchanged.

Pubs and restaurants are allowed to open and cater to customers with outdoor service only.

Everyone who visits will have to check in on the NHS’s Test-and-trace app and groups are limited to six people or two households.

There will be no standing at the bar, as customers must order, eat and drink while seated outside.

Drinkers have been urged to take cash with them, as poor broadband and mobile signal means card machines may not work in some pub gardens. 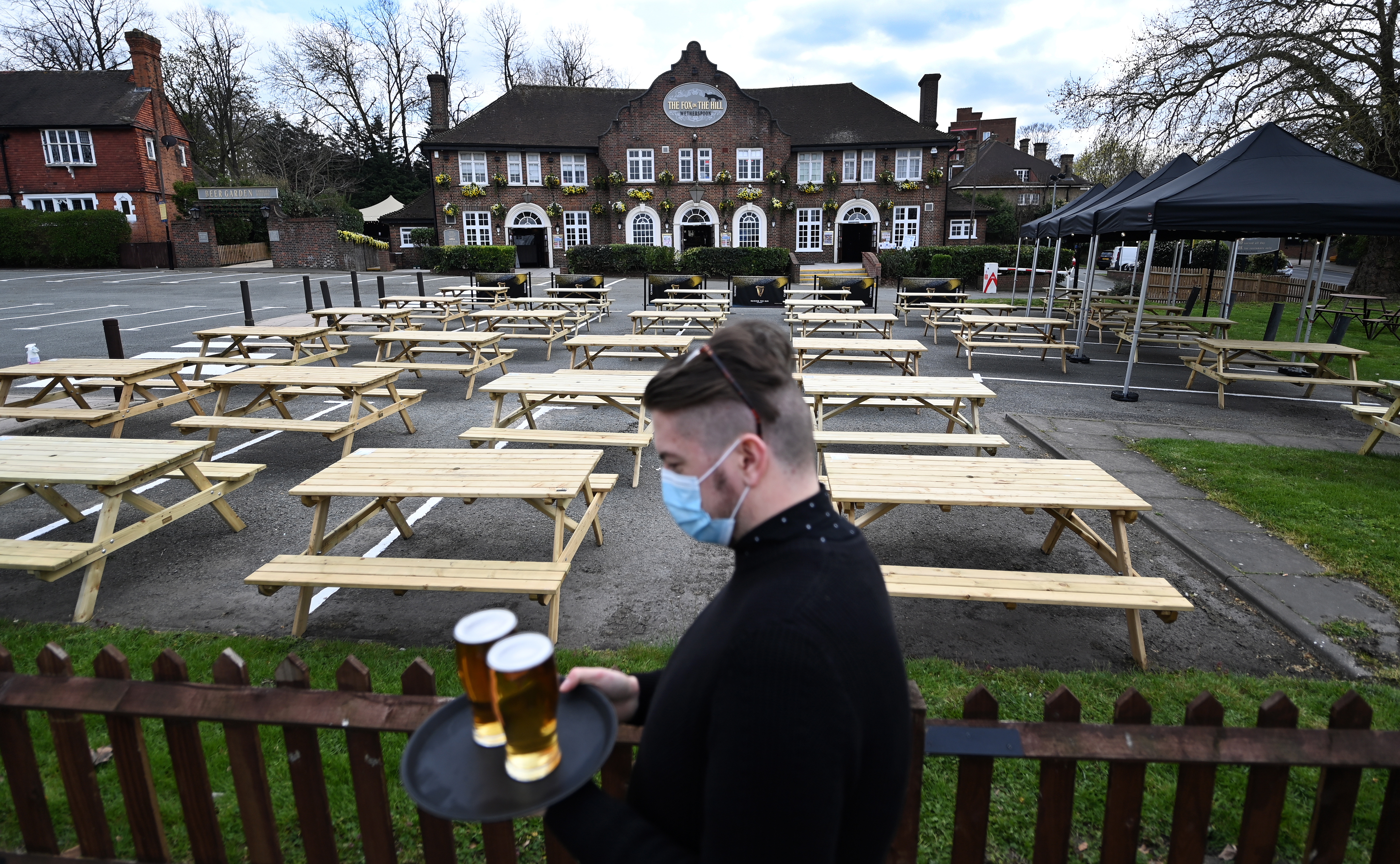 Pubs and restaurants are allowed to open and cater to customers with outdoor service onlyCredit: EPA

There are no rules in place requiring pubs to serve a meal alongside alcohol, and there will be no curfew.

Wetherspoons has already confirmed more than 390 of its pubs will reopen at 9am on April 12.

Boozers will be typically open until 9pm Sunday to Thursday, and until 10pm on Friday to Saturday.

Many hospitality bosses say bookings are already at unprecedented levels as punters flock for their first chance to eat and drink out since lockdown was imposed.

All non-essential shops can reopen however people are urged to shop alone or within their own households.

Face coverings will be mandatory for anyone who is not exempt and social distancing rules will remain in force. 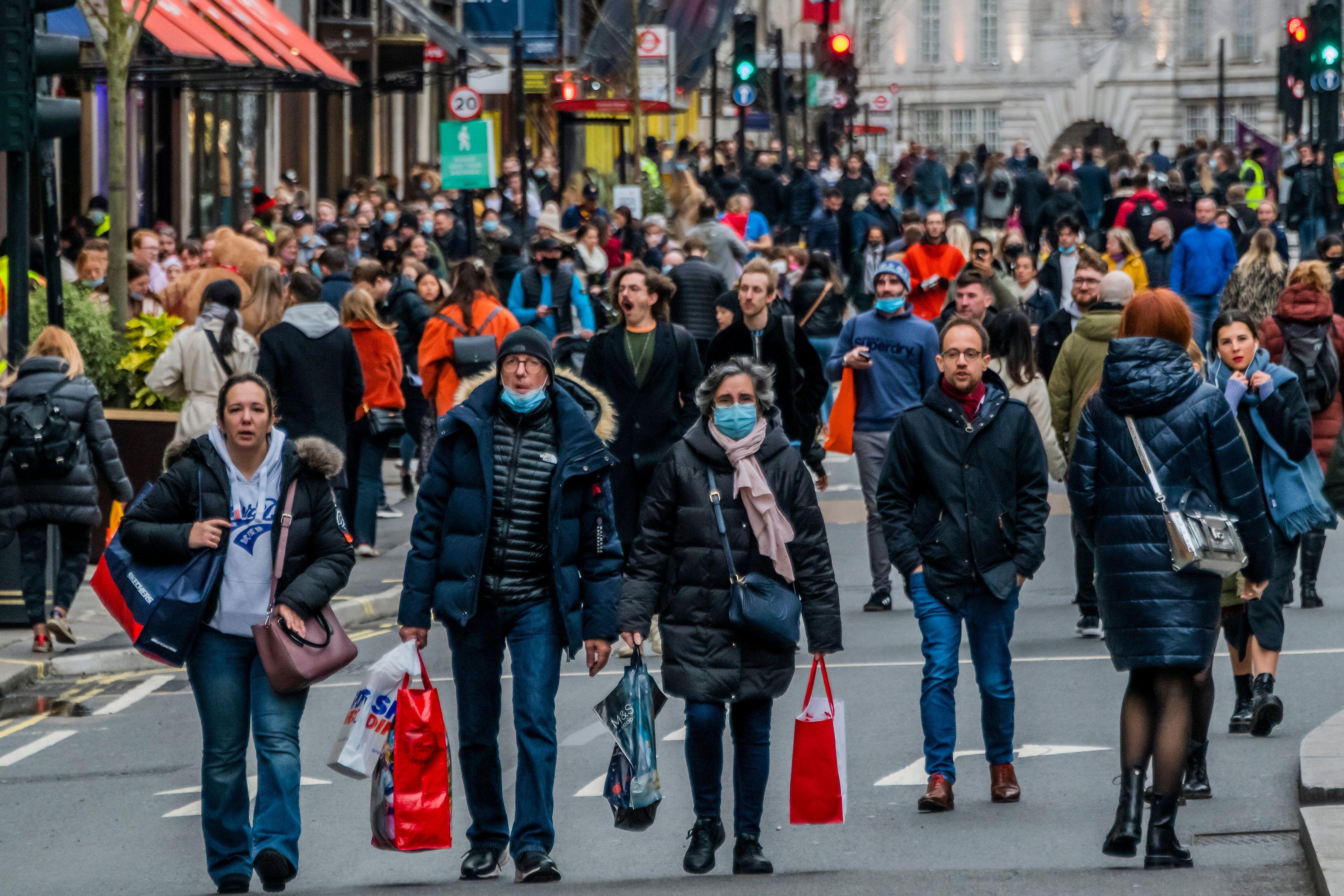 Shops will be allowed to stay open until 10pm to ensure compliance with social distancing guidelines and so that shoppers can return back to the high street with confidence.

New guidance issued by the Government also means shoppers will be able to use fitting rooms once more after more than a year.

Stores are being advised to control entry to changing areas, allowing just one person in at a time and leaving a gap of “several minutes” between customers.

But they have been told to avoid lengthy treatments in order to reduce time spent in the chair by the customer.

Some will even offer treatments from midnight on April 12 as lockdown restrictions finally lift.

Massages, spray tans, haircuts and a whole host of other services will begin as soon as the clock strikes 12.

Barbers and stylists will have their work cut out from the moment they reopen  – with reports of booked-out salons across the country. 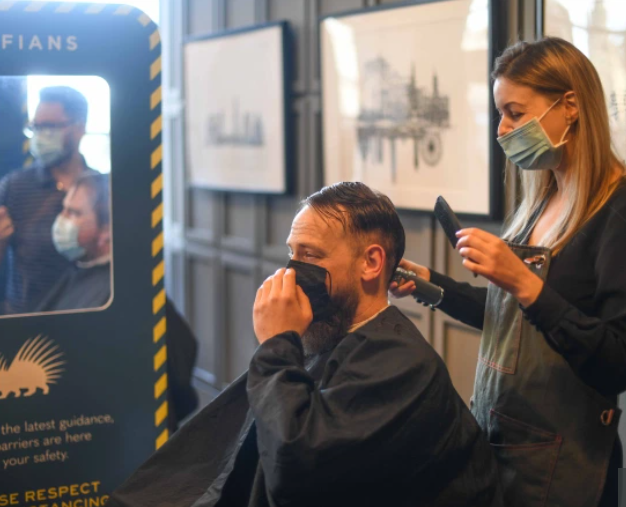 Brits will be able to get a haircut when barbers and salons reopenCredit: Getty

Many are reporting that all immediate appointments have been filled completely for two weeks.

But when hairdressers reopen, it is likely that not every station in the salon will be used, with hairdressers working at every other station to maintain a two-metre distance.

Customers and staff members will have to wear face coverings during appointments to help stop Covid from spreading at all.

From April 12, staycations will be allowed – in a restricted form.

Self-catered accommodation will be open but only for one household meaning you cannot go on holiday with friends or family.

Day trips will also be allowed to go ahead , which will include attractions such as zoos and theme parks.

After the PM announced the roadmap on February 22, Awaze – whose brands include cottages.com – sold thousands of breaks at a record rate of up to one per second.

Travel into and out of Wales from the rest of the UK will also be allowed.

For Scots the “stay local” guidance still applies, the government hopes to lift all restrictions on journeys in mainland Scotland on 26 April.

Gyms will be able to open, but users cannot attend with people outside of their own household.

Exercise classes will also be banned to reduce contact between people as they work out.

Gyms are thought to be more high risk than other indoor venues because those exercising expel more droplets and aerosols as they breathe. 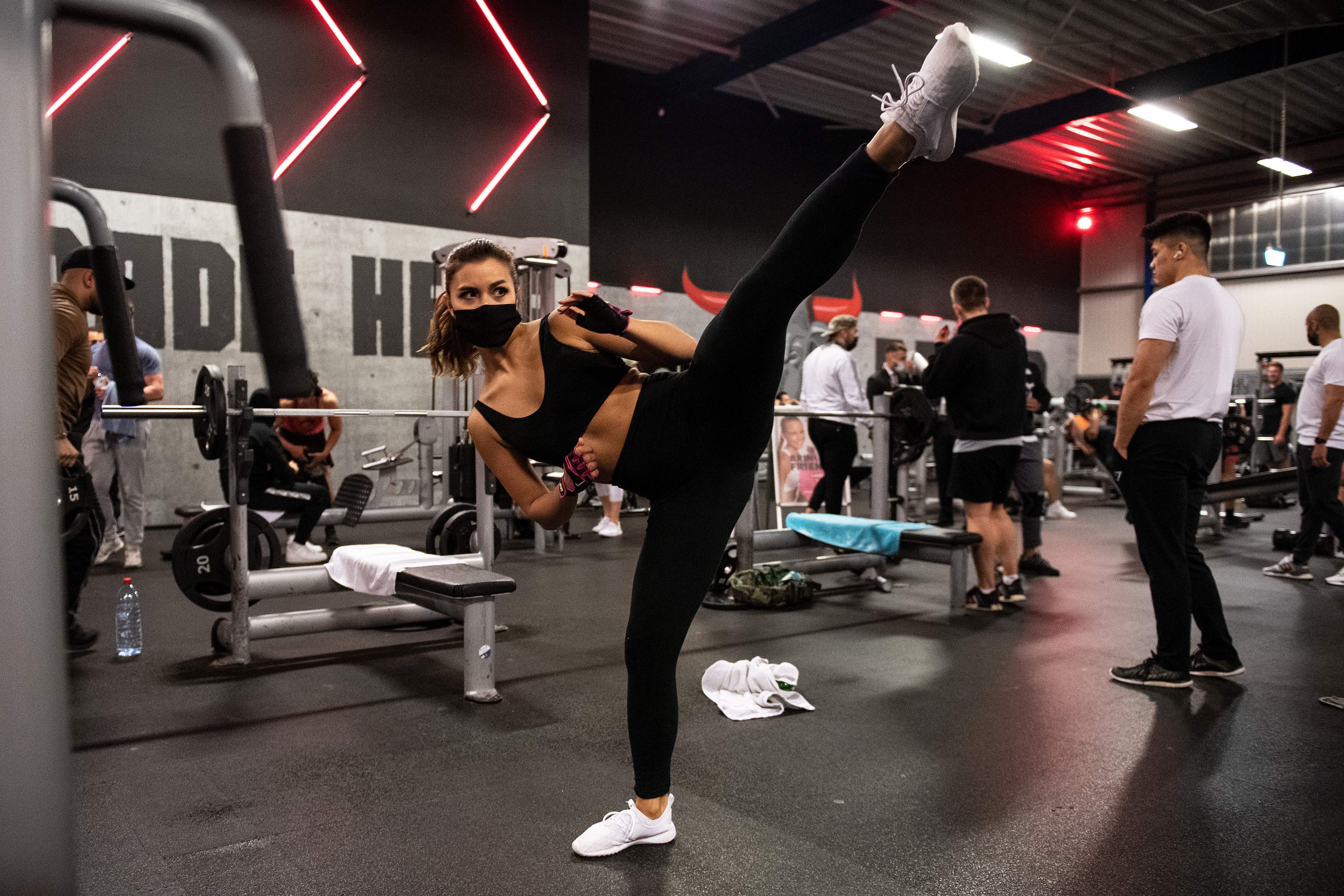 Gyms will also be able to kick back into actionCredit: Getty

But many gyms are well-ventilated and have Covid-secure measures such as regular cleaning regimes in place.

Saunas and steam rooms in gyms will remain closed, but indoor swimming pools and other indoor exercise venues will reopen.

Further easing of the rules will come in the third stage of the roadmap on May 17, when people will be allowed to mix indoors again.

Saunas and steam rooms will also reopen in Step 3.

In a boost to under-pressure parents much outdoor entertainment including zoos, theme parks, and drive-in cinemas will also return.

There are 141 zoos and aquariums in the UK, which attract hundreds of thousands of visitors every year.

Both Chester Zoo and London Zoo have reported financial difficulties during lockdown with the former revealing the attraction could end the year £24m in debt due to the pandemic. 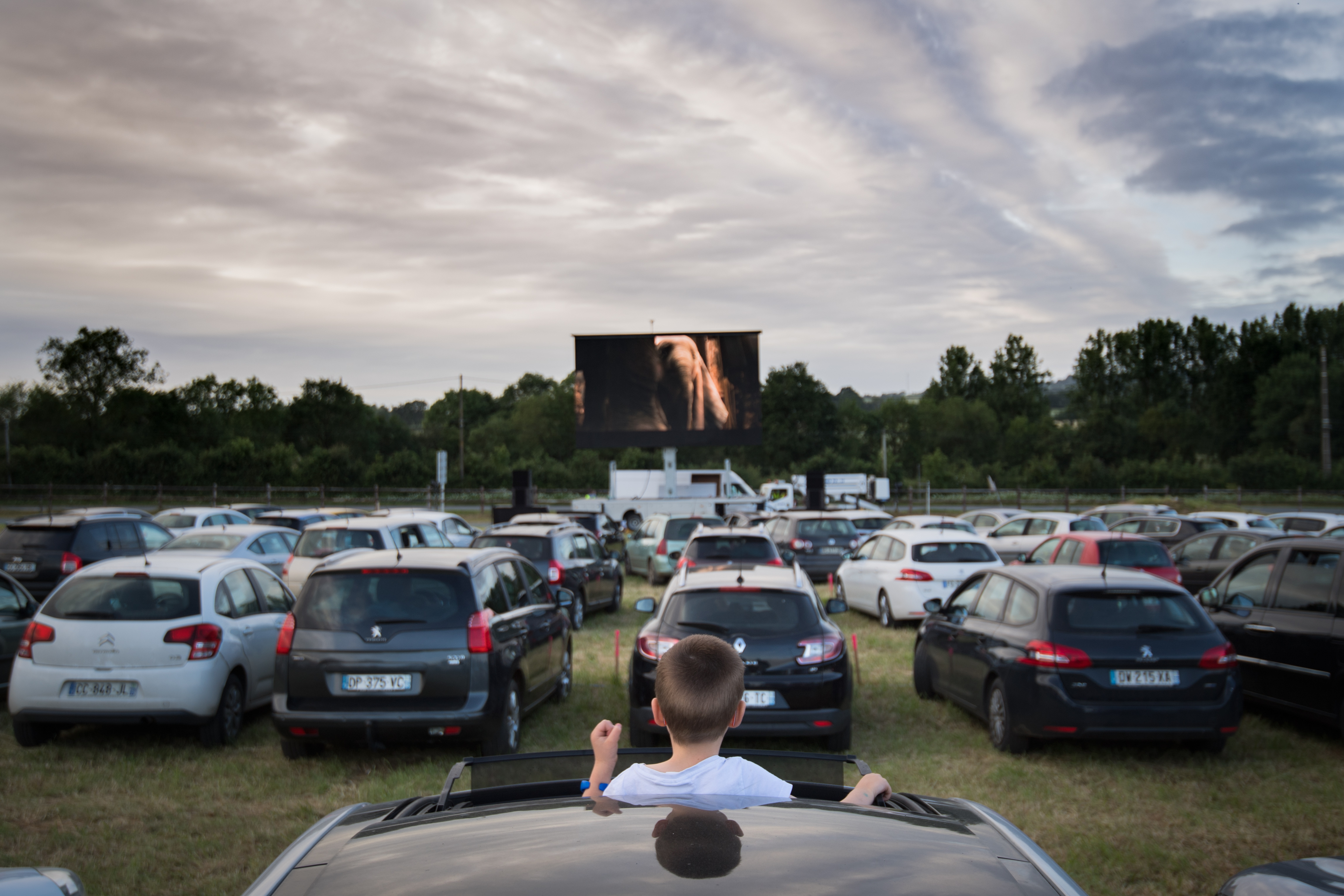 In May 2020, the government revealed they would pledge £14million in support to help zoos survive.

Public buildings like libraries and community centres will also reopen to the public with social distancing and capacity limits in place.

Weddings and civil partnership ceremonies are permitted to take place, as well as receptions.

The limit on the maximum number of attendees will rise from just six to 15.

Over the next few months there will be a gradual easing of the number of guests allowed to attend a ceremony, but all events must adhere to social distancing guidelines.

Funerals will continue with the current number of guests limited to 30.

Despite pubs and restaurants reopening people will not be allowed to eat or drink inside until May 17 – if things go to plan.

Attending big events and sports stadiums is also still a no,no – although that could also change soon.

Hotels and group holidays will not begin until mid-may  and, even then, this can only be for two households, with no limit on people, or the rule of six from more than two households.

Foreign travel – from both England and Wales – is still only permitted with a reasonable excuse, such as for work or on compassionate grounds.

Transport Secretary Grant Shapps has said people can “start to think” about booking overseas holidays for later in the year.

Cinemas, nightclubs and bingo halls will also remain closed until the middle of next month.

Boris Johnson announcement: Pubs, shops, and hairdressers WILL open on April 12 as UK takes major step out of lockdown