EUROPEANS turned on EU leaders yesterday over the Covid jabs rollout as experts urged officials to rethink their approach to save lives.

Scientists implored Brussels to stop dithering over doling out the Oxford AstraZeneca jab or else more sufferers would die needlessly. 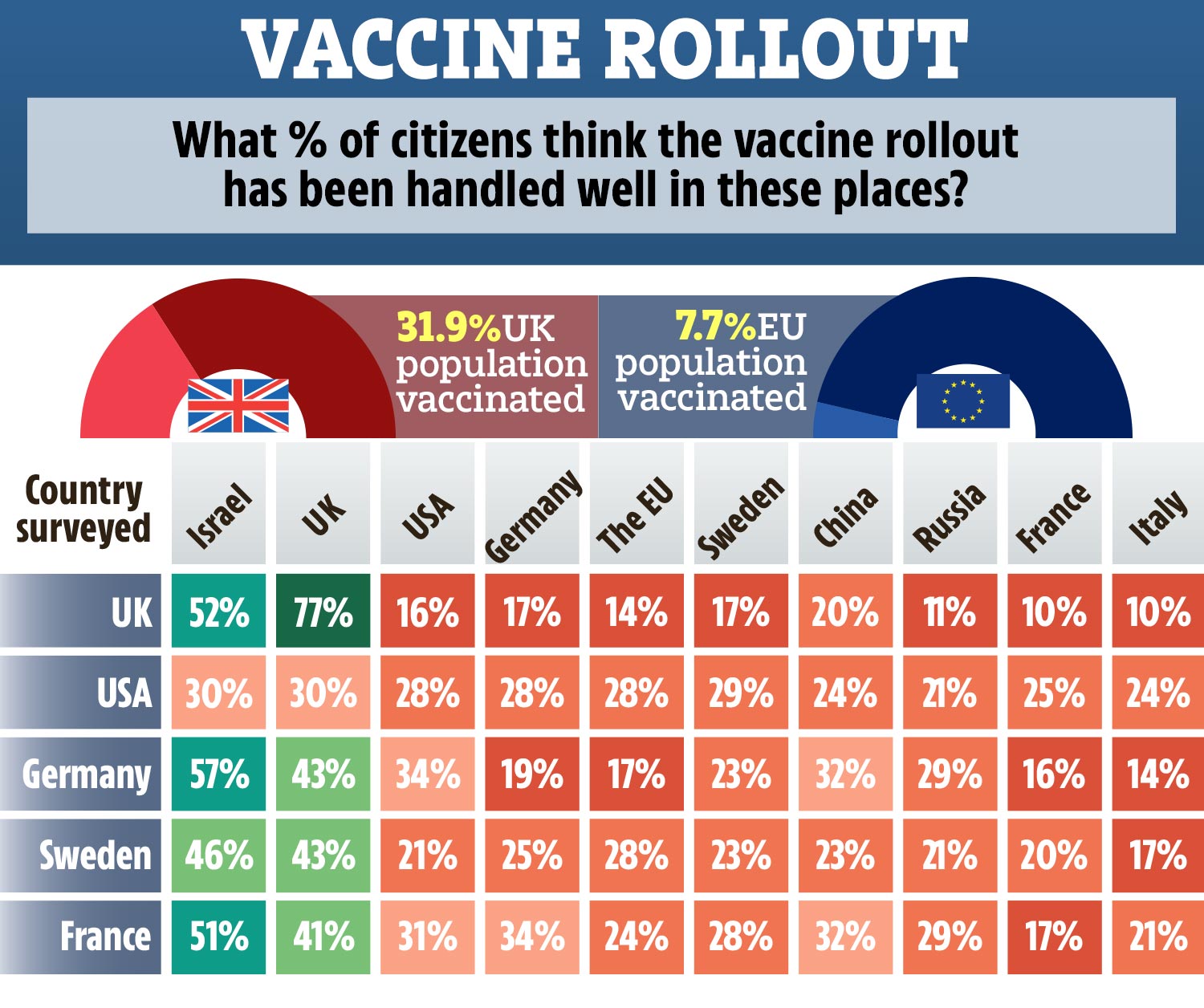 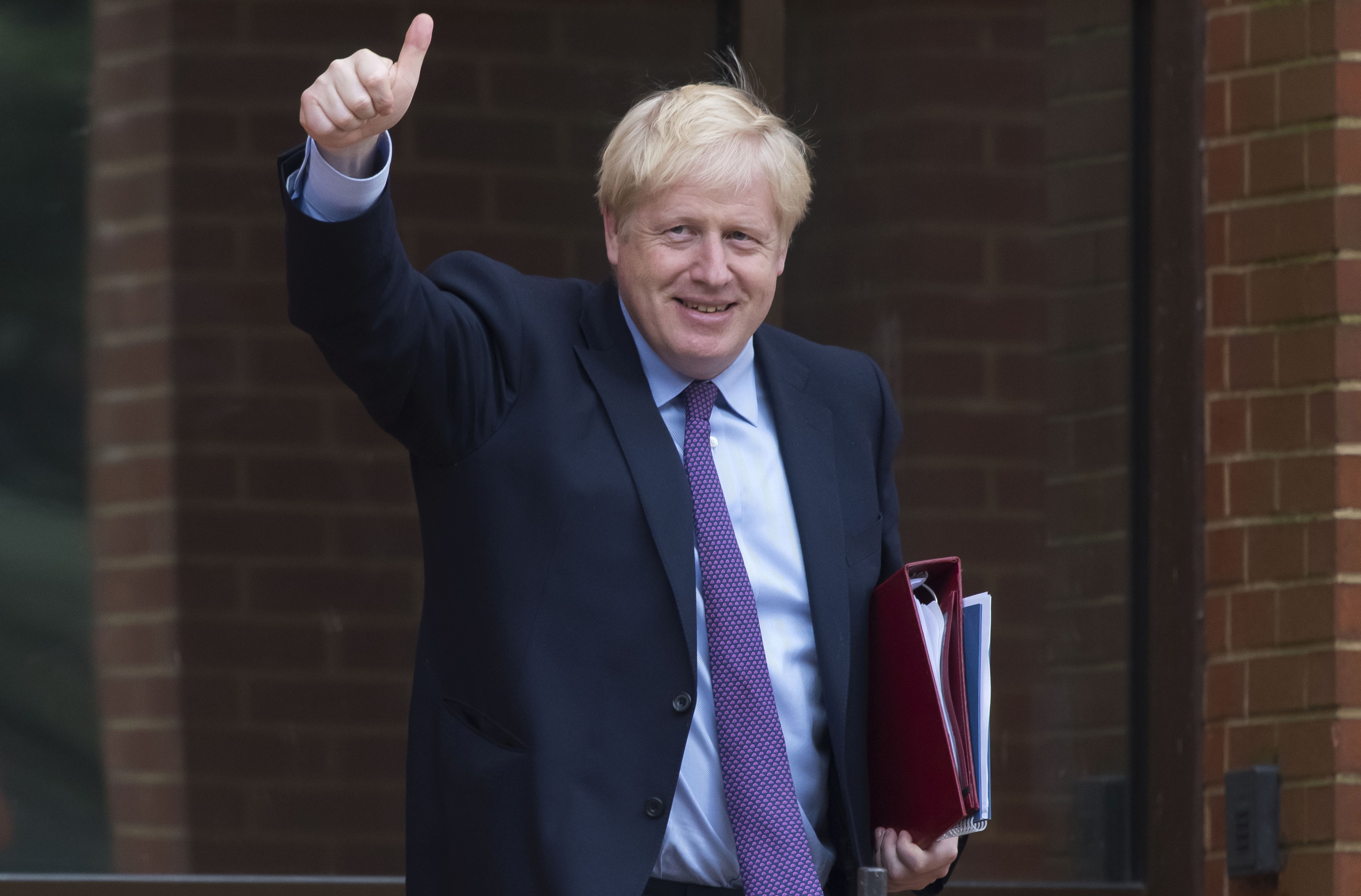 Britain, led by Boris Johnson, has vaccinated a higher percentage of its population than than the EUCredit: Getty Images – Getty

It came as a study showed it and the Pfizer vaccine were already saving the lives of over-80s across the UK.

Daily cases plunged by a third in a week and deaths were down to 315, it was reported yesterday.

A bombshell poll, meanwhile, showed that people from across Europe are rapidly losing faith in their leaders following a series of vaccine rollout bungles.

In bad news for France’s Emmanuel Macron, EU chief Ursula von der Leyen and Germany’s Angela Merkel, it revealed that Europeans were pointing the finger of blame at the EU.

Only one in six Germans and a quarter of French people think Brussels has done a good job. They believe Britain has managed the rollout far better.

Europe has so far distributed 34.5million doses to just 7.7 per cent of its population against 21.7 million shots in Britain where one in three has had a jab. 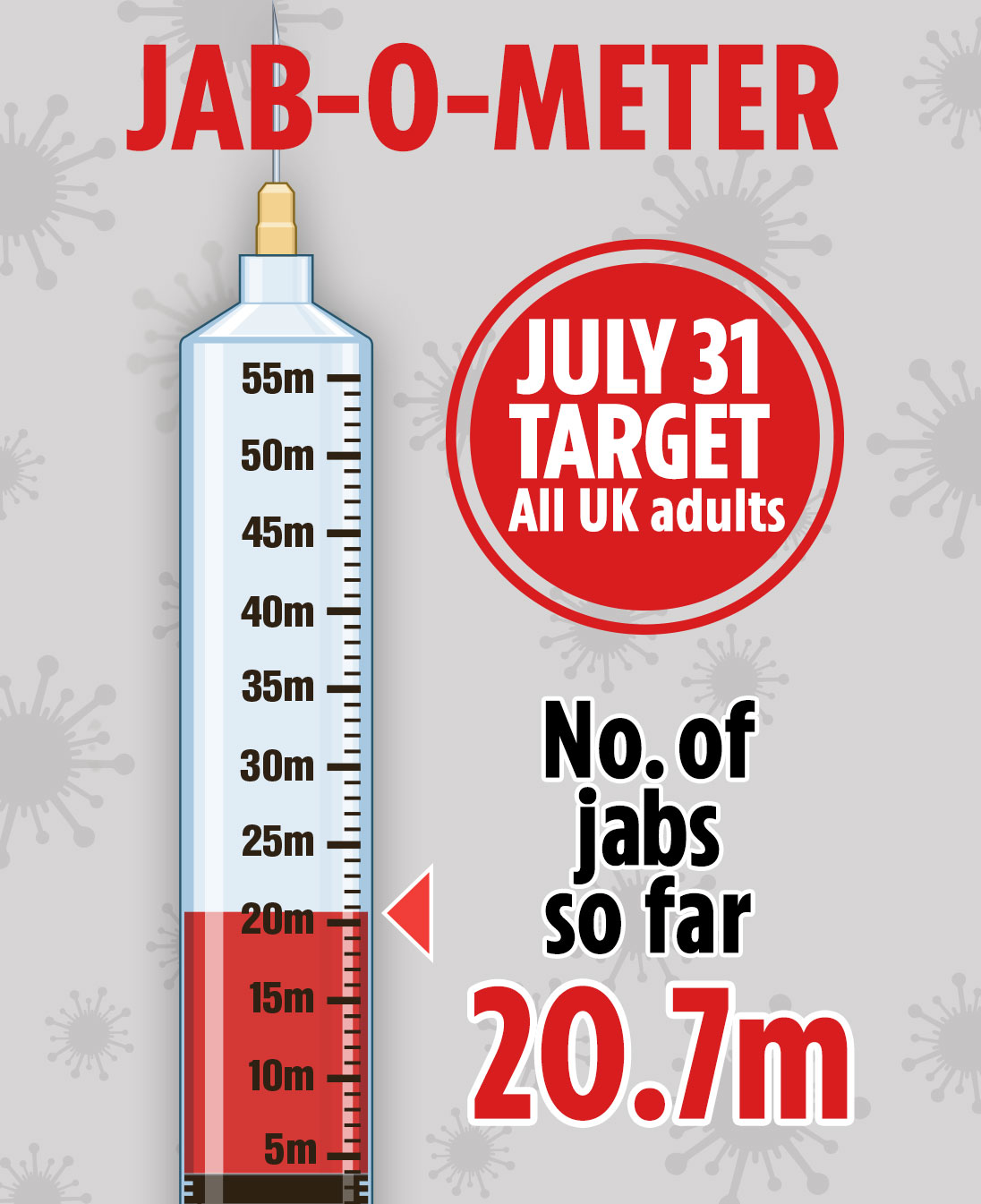 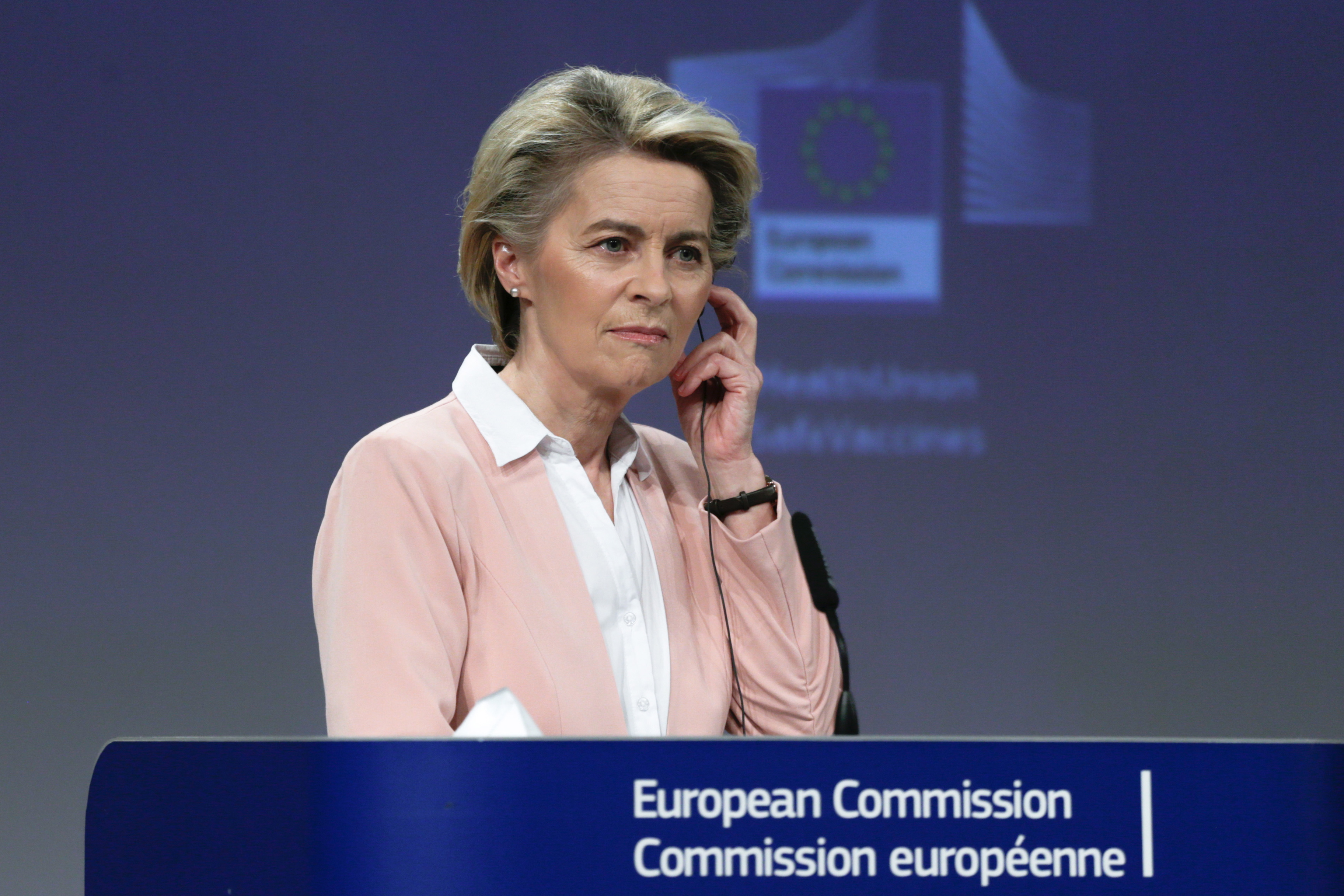 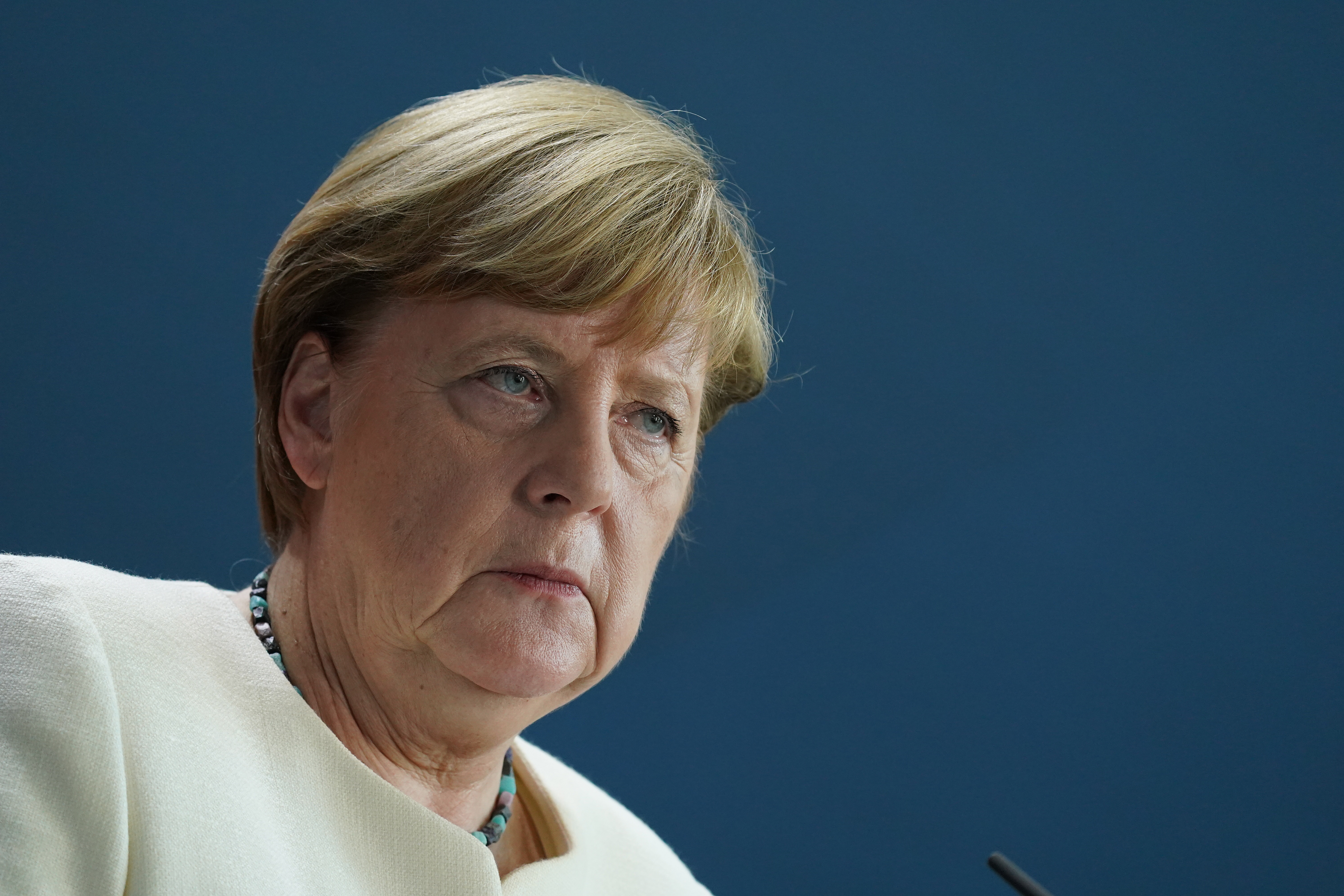 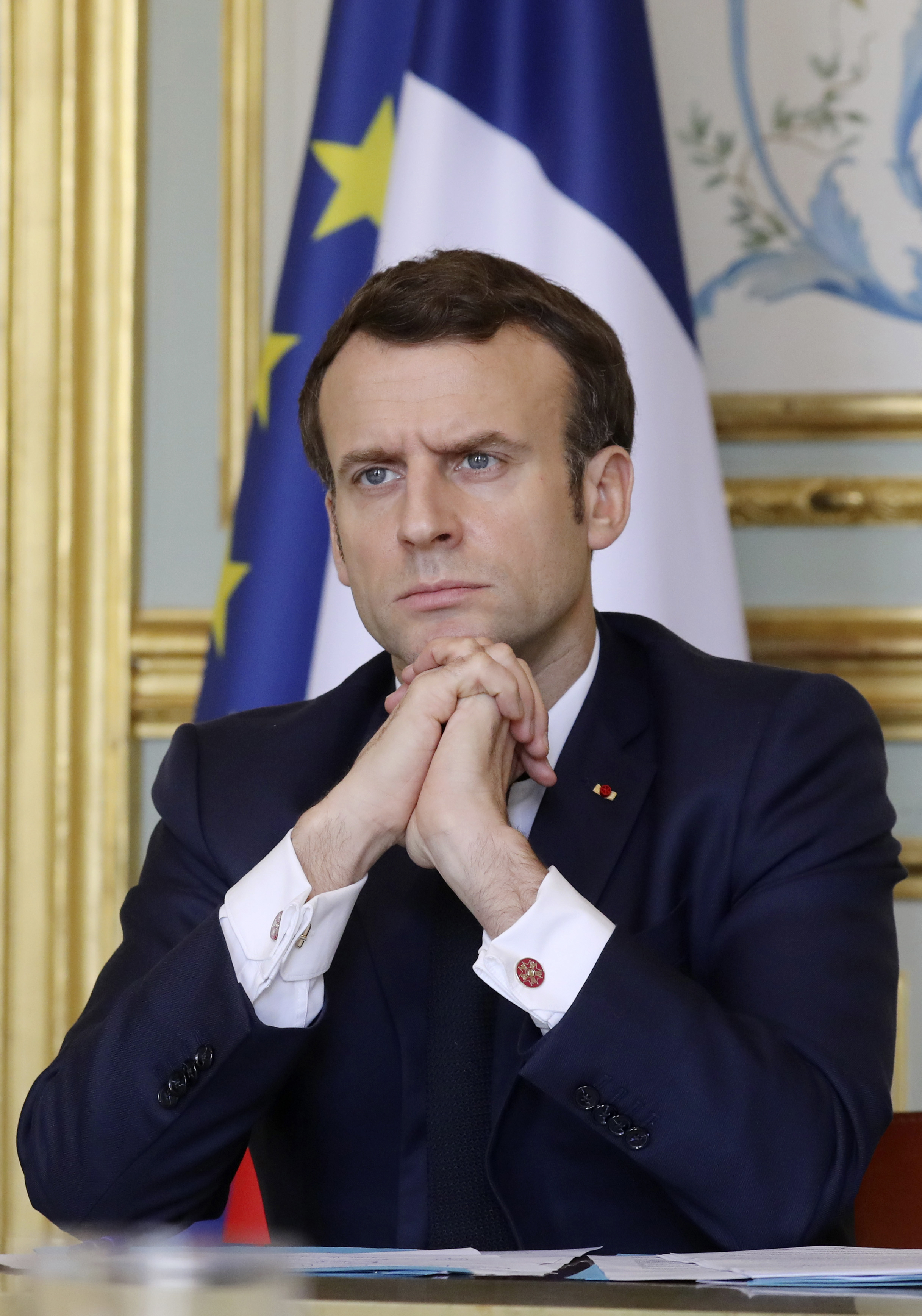 Professor Adam Finn said EU countries would save lives if they dished out their unused doses as fast as possible.

His University of Bristol study revealed one shot of the AstraZeneca jab was 80.4 per cent effective after 14 days in protecting over-80s against severe symptoms.

The Pfizer injection was 79.3 per cent effective over the same period. He said: “There are lots of doses of AstraZeneca vaccine available in European countries.

“They are not being given to people over 65 and, in some cases, in countries over the age of 55 for lack of data. Well, here are the data. 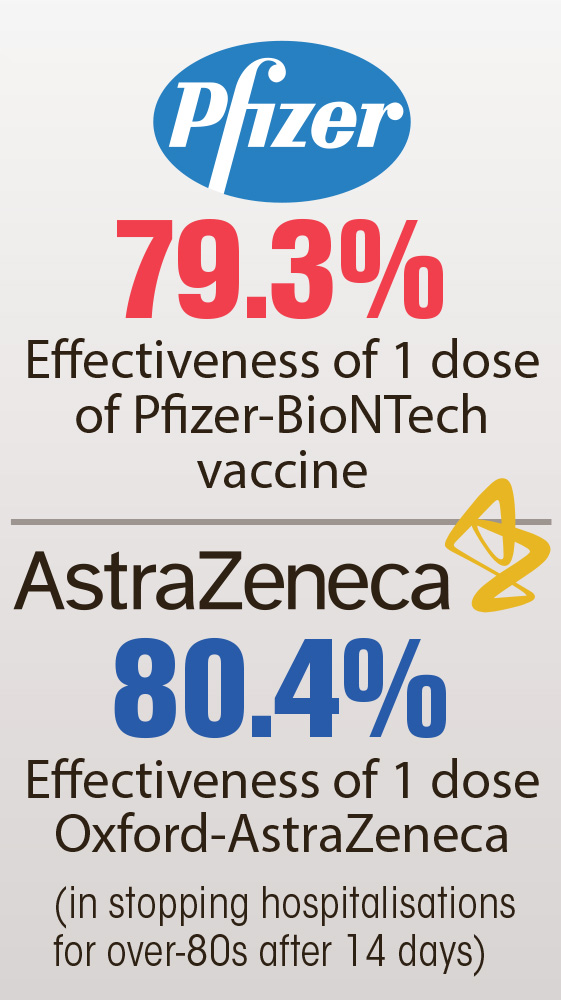 “There are data from Public Health England and Scotland and now us, showing you can save lives in elderly people by giving them a dose of AstraZeneca vaccine. And those countries need to get on and start doing that as fast as possible.

“We are very pleased to share these early results that show the UK Covid-19 vaccine programme is working better than we could have hoped.”

Some EU leaders have made U-turns on using the AstraZeneca jab on people over 60.