THE EU’S catastrophic failure over its vaccine rollout will push more nations to leave the ailing bloc and trigger a fresh wave Euroscepticism, experts have said.

France and Germany face another lockdown after they played politics and attempted to shun the Oxford AstraZeneca (AZ) vaccine as the killer virus looks set to surge again across Europe. 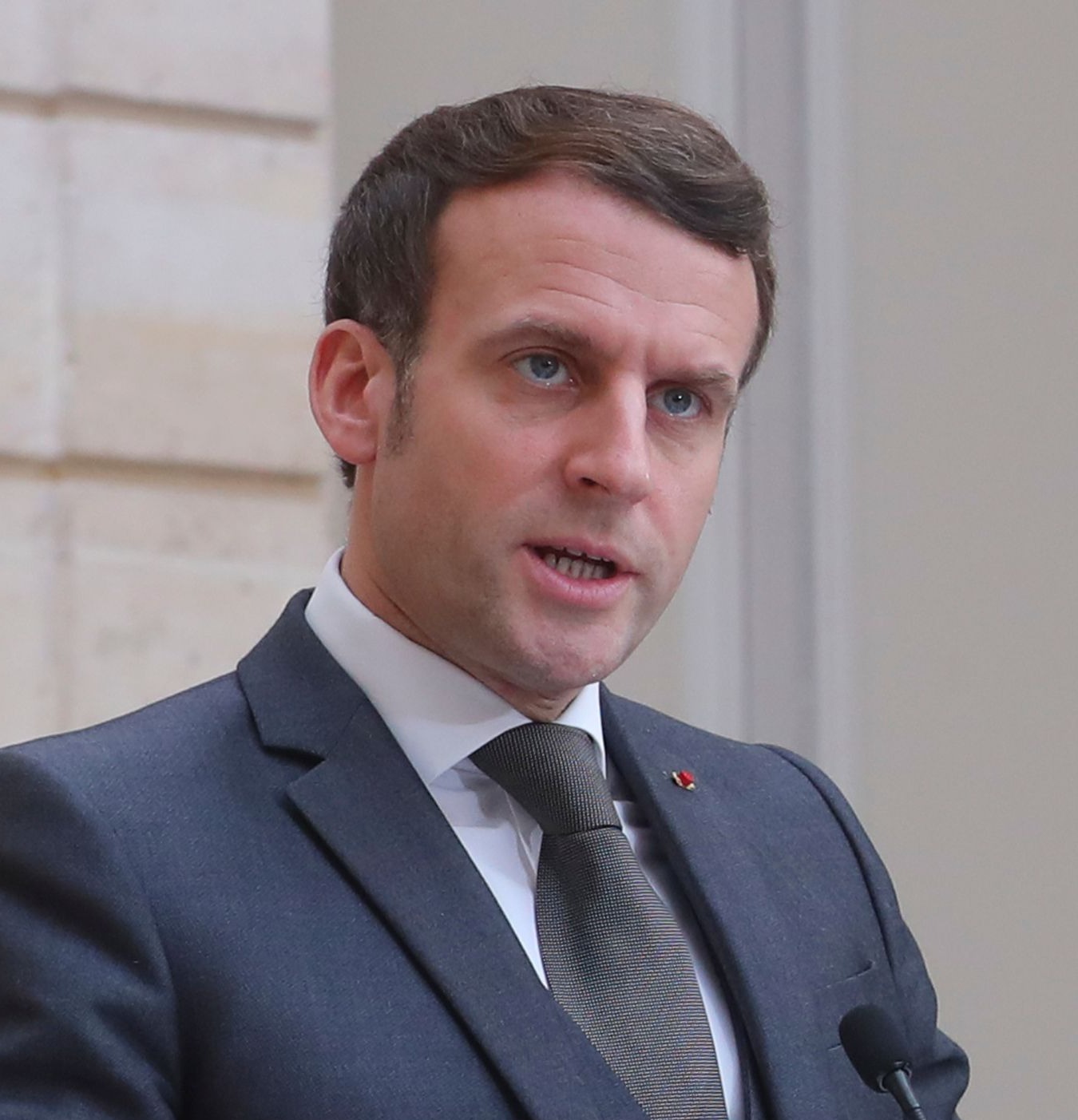 Emmanuel Macron called the AZ vaccine ‘quasi-ineffective’ as he flew in the face of the scienceCredit: Copyright 2021 The Associated Press. All rights reserved. 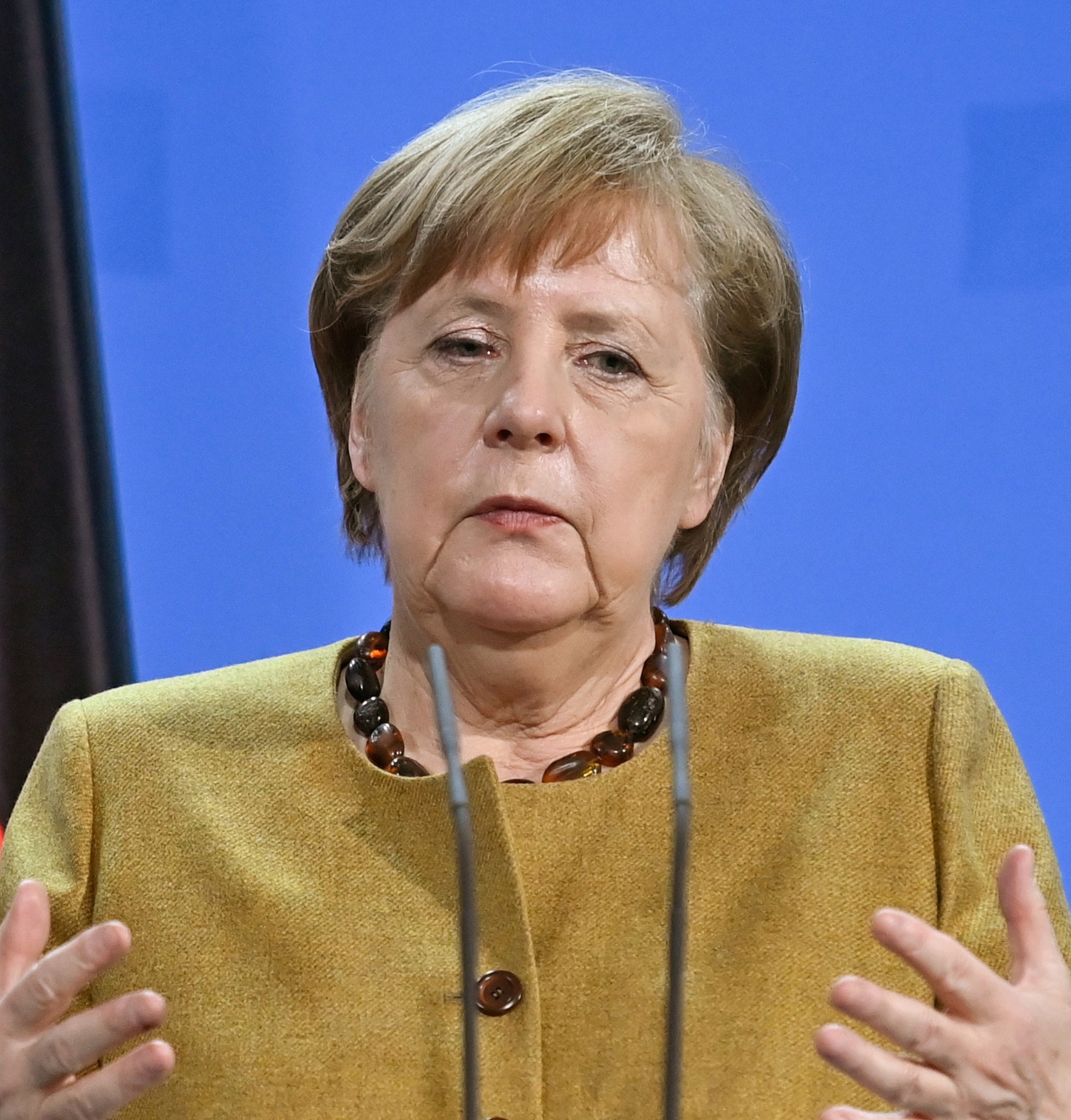 Germany has advised against using the AZ vaccine on Over-65s – meaning even Angela Merkel can’t get the jabCredit: Reuters

Robert Oulds, director of think tank The Bruges Group, told The Sun Online the vaccine crisis could be the start of the “unraveling” of the EU.

“The EU has failed, and after this we will see a pushback against the EU which will lead to a dismantling of it – first gradually, then quickly,” he said.

Other experts agreed the vaccine crisis will shake the union short term as scepticism will surge  – but did not believe the latest row is the death knell for the EU.

EU vaccine figures are vastly behind Britain – with the UK having 27 per cent of citizens receiving the first jab as opposed to 6 per cent in the EU.

And more than one million doses of the jab are currently going unused in Germany.

It comes after a poorly judged campaign in which the governments of Angela Merkel and Emmanuel Macron scaremongered about the British-made AZ vaccine – suggesting it didn’t work in over-65s.

And they were branded “monumentally stupid” for their actions which have led to widespread vaccine scepticism in both France and Germany.

Mr Oulds blasted that EU leaders should be “ashamed” for spreading doubts over the lifesaving vaccine which has been administered millions of times the UK.

He told The Sun Online: “The EU put politics above people and literally have not delivered, people are going to die on the continent because of that and that is a shame as we all need to get back to normal

“Britain wants to be able to have Europe as a trade partner, if they are going to be in lockdown then that’s not going to help us.

“For the sake of their own citizens and the rest of the world they need to sort themselves out, they should leave it to national governments.”

Merkel is now trying to row back as she begs Germans to take up the vaccine.

France and Germany are now seeing spikes in cases amid fears of new variants of the virus, while the UK government boasts Britain is now on a road back to “freedom”.

Professor Anthony Glees described the criticism by Macron and Merkel of AZ as “monumentally stupid” and predicted a rise in Euroscepticism.

Professor Glees, an expert on European Affairs from the University of Buckingham, told The Sun Online: “Unless the EU does something pretty spectacular, it’s failed its first big post-Brexit test in the most dramatic, life and death manner imaginable.”

But, the academic added he doubted whether the fresh wave sparked by the vaccine scandal would be strong enough to make nations leave the EU.

Dr Alan Mendoza, executive director of the Henry Jackson Society, blamed the EU’s “hubris” for the vaccine row and said it had “cut off its nose to spite its face” by attempting to rubbish the AZ jab.

He told The Sun Online: “It may well remind people of the value that individual countries have in negotiations.

“And while there is a general consensus of governments on Europe that the EU is a good thing, it may remind people: Is there a limit how united we can be? And what should be doing together, and separately?” 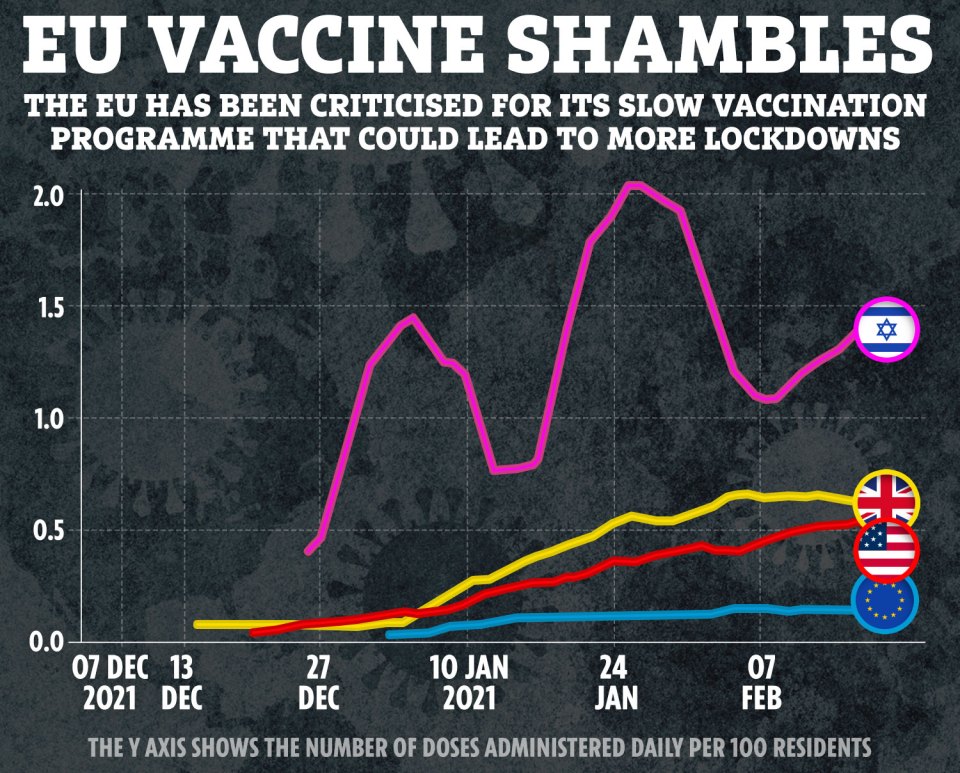 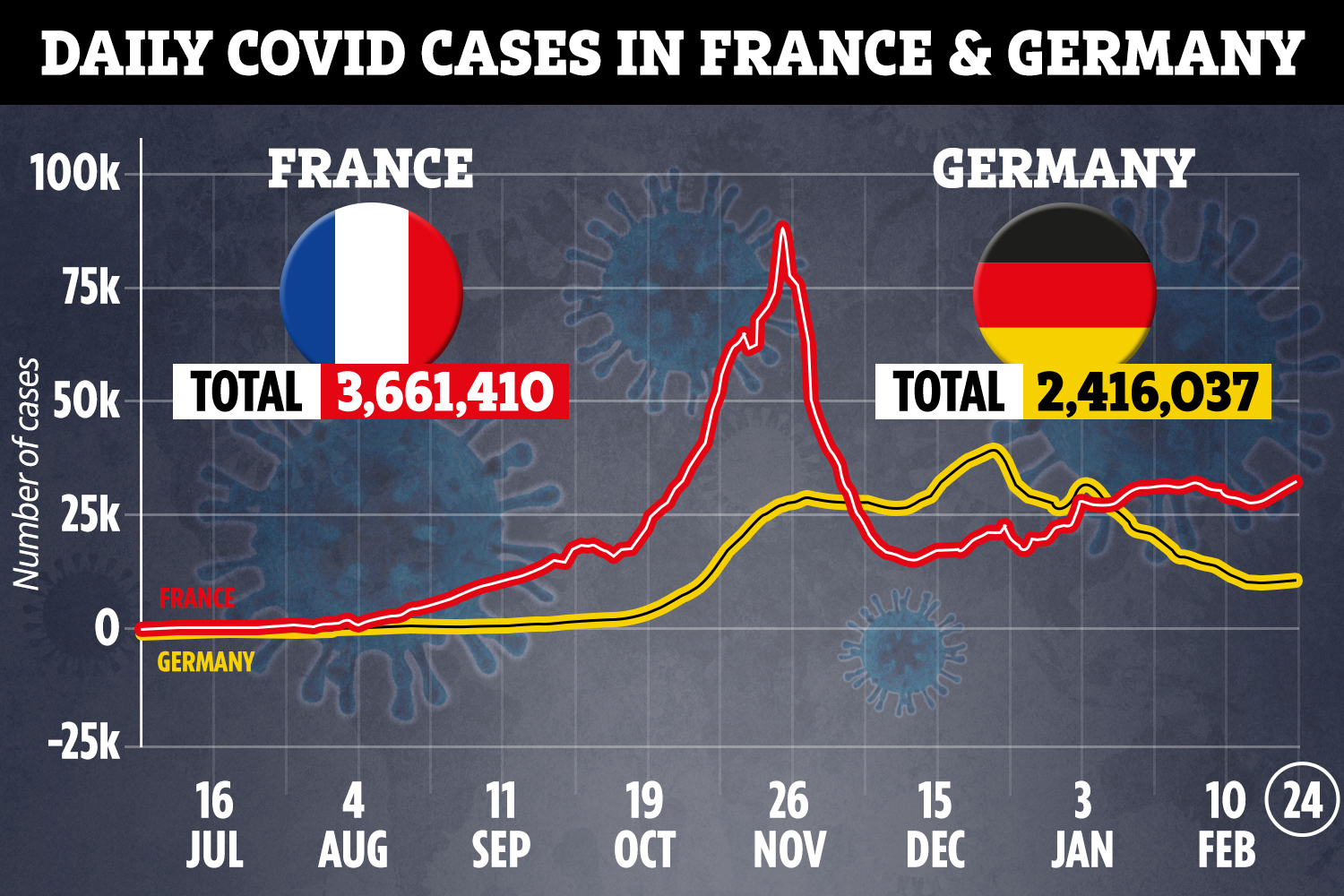 PMs and presidents from across the EU were due to admit during a video call on Thursday that the pandemic there is too “serious” to start lifting restrictions.

And they will call for a ban on non-essential travel from outside the bloc to be kept in place.

EU chiefs have been alarmed by stubbornly high infections across most of the continent while their botched vaccines drive stutters.

Anger has already been growing within the bloc – and Brexit negotiator Michel Barnier admitted the EU is in danger if eurocrats do not learn their lesson.

Professor Glees told The Sun Online: “First, the EU27 needs to swallow its pride and beg Britain to help them with the rollout.

“We should oblige. It’ll help us with things like our fishing industry etc. They might want to have Kate Bingham (chair of the UK Vaccine Task Force) on loan.

“We clearly know how to do it, they clearly don’t know.

“For me not only was is monumentally stupid of Macron and Merkel to cast doubts on the easiest vaccine to administer, AZ, but then to carry on trying to justify their inaction as ‘best practice’.” 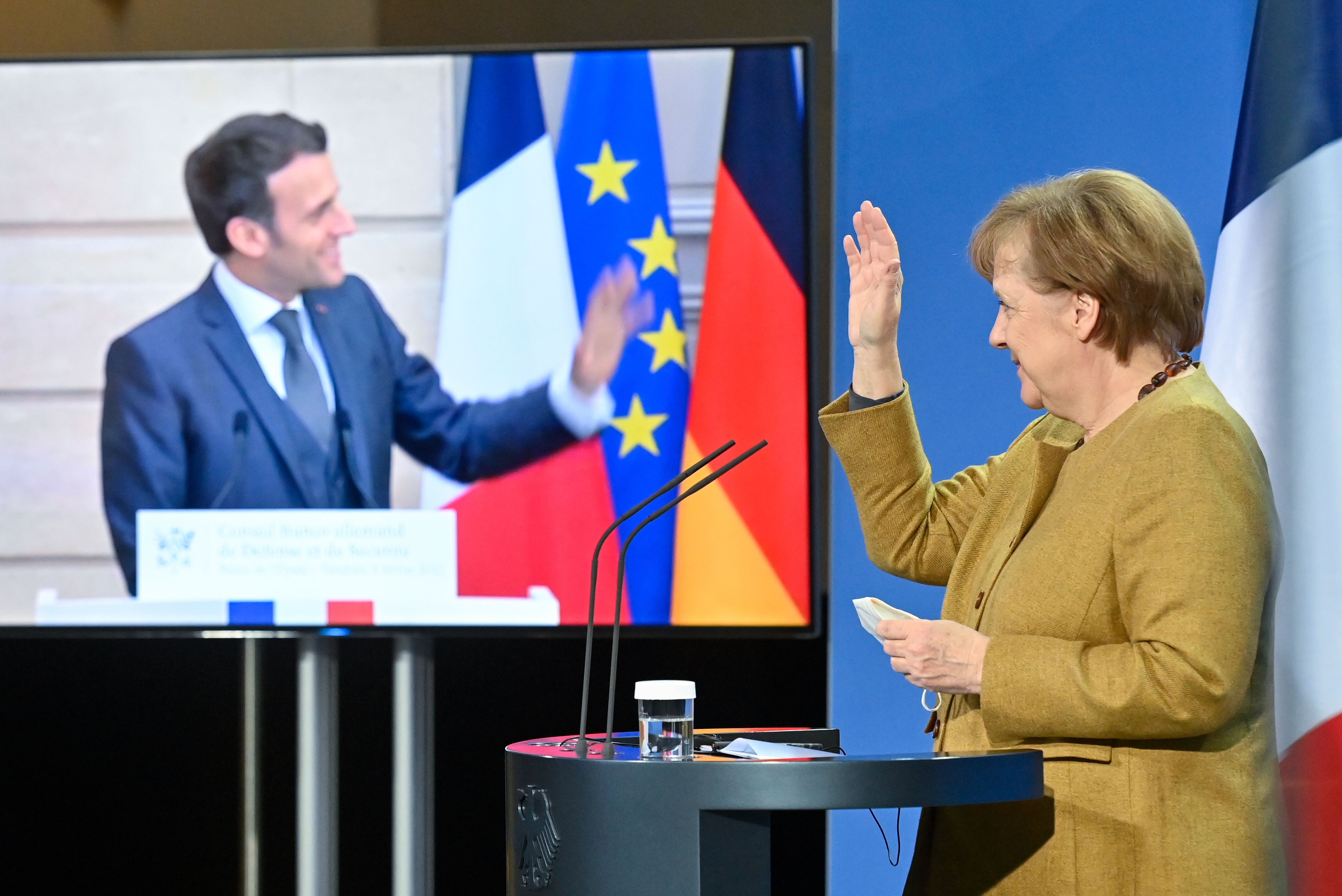 Macron and Merkel have taken some of the blame for the EU vaccine shamblesCredit: AFP 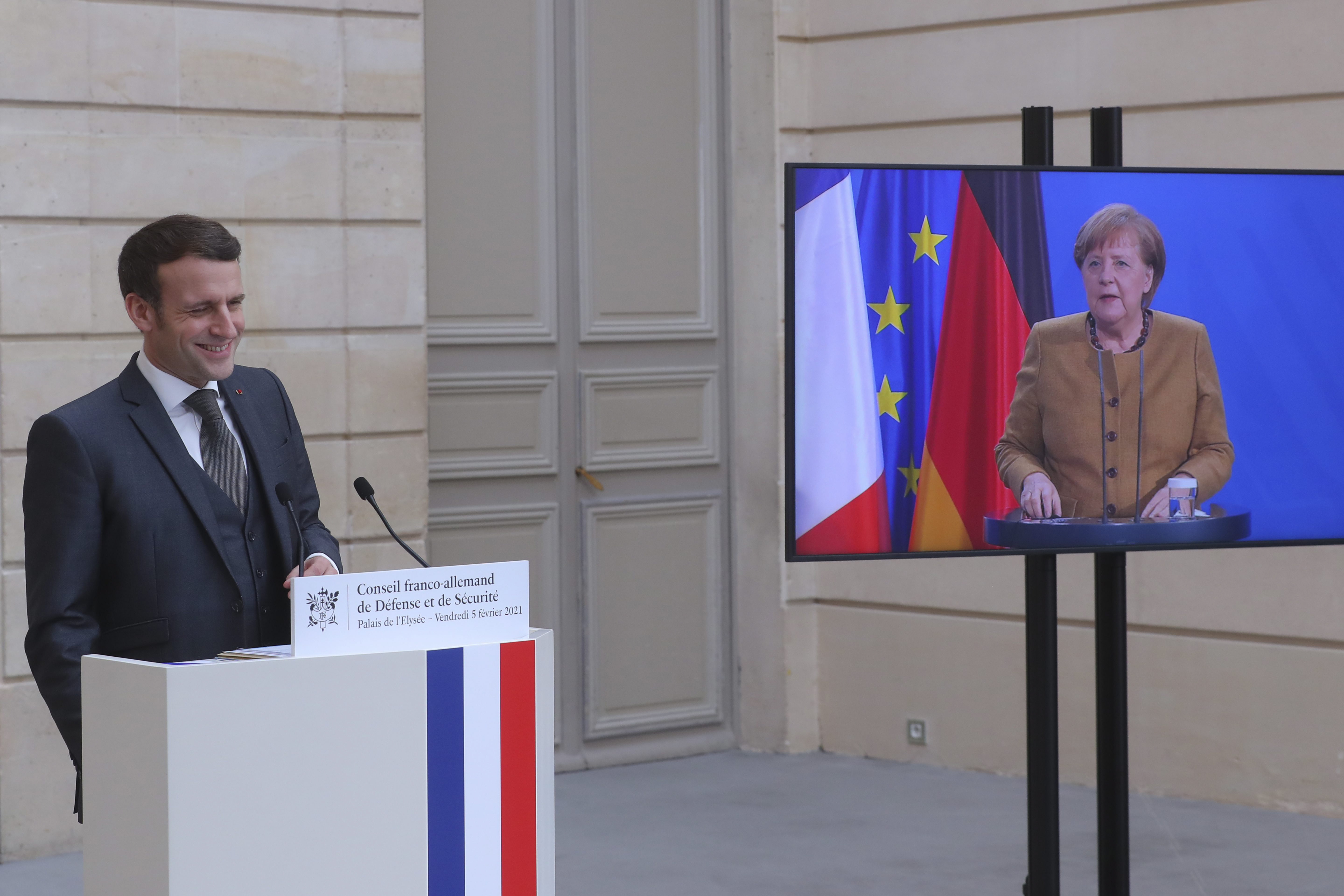 France and Germany are now desperately trying to ‘rehab’ the image of the AZ vaccineCredit: EPA

Dr Carsten Watzl, general secretary of the German Society for Immunology, implored Germans to take up the vaccine when speaking to The Sun Online.

He warned that Germany now cannot “vaccinate our way out of the current wave” – even if the country didn’t suffer the supply problems that initially blighted the rollout of jabs.

Dr Watzl blamed “bad press” for the problems with Germans wanting to take up the AZ vaccine even when it is offered to them.

“Our only hope is to get the most vulnerable vaccinated by Spring – and here I am still hopeful,” the top doc said.

He added: “While the choice is either to be vaccinated with AZ or wait without any protection for several months, the answer should be clear.

“We clearly recommend that people get vaccinated no matter which vaccine.

“Only this way we can get to some form of herd immunity by the fall.” 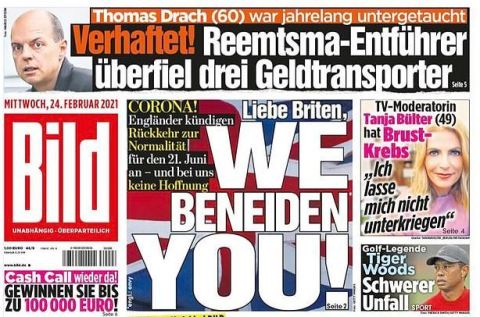 With both France and Germany under increasing pressure to replicate Britain’s vaccination success, leaders have launched a fresh push to encourage over-65s to come forward to get the jab.

He tweeted on Monday: “The vaccine from AstraZeneca is both safe and highly effective… The vaccine can save lives.”

And the French government has said it wants to “rehabilitate” the AstraZeneca vaccine, with the health ministry admitting that the jab had an “image deficit”.

EU Commission leader Ursula von der Leyen, who was involved in a furious row with Astrazeneca over supplies, also said this week she would “take the AstraZeneca vaccine without a second thought”.

Boris Johnson on Monday unveiled his roadmap out of lockdown, with all legal restrictions set to be lifted on June 21 should cases continue to fall.

Citing Britain’s vaccination success as a reason to be optimistic, Bild’s front page headline read: “Dear Brits, we envy you!”