ELEVEN people in the UK have tested positive for the South African strain of coronavirus – despite not travelling there.

Door-to-door testing will now be carried out in various parts of the country where the Covid-19 variant has been found. 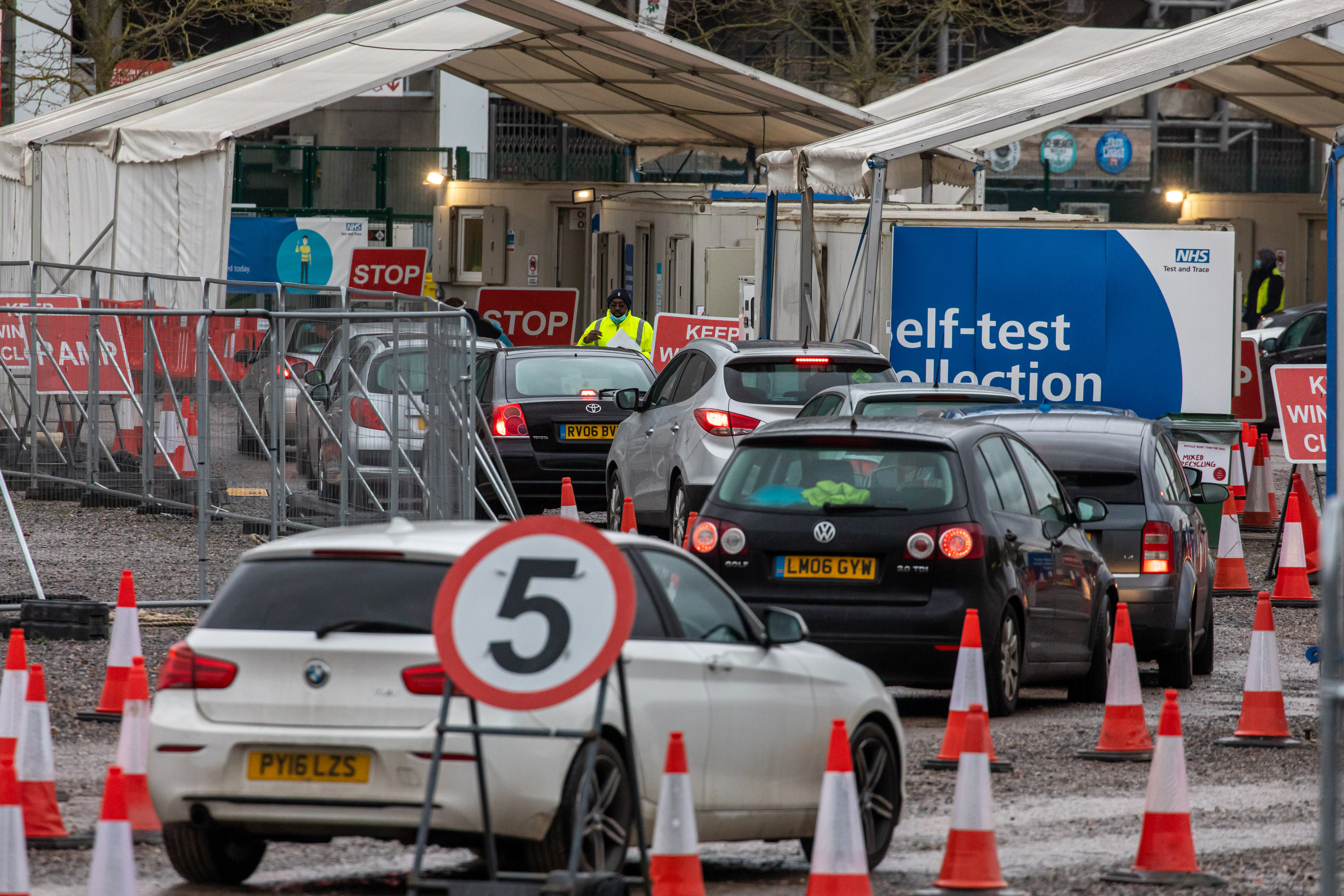 Mass Covid testing will be carried out in various parts of the country after 11 people tested positive for the South African strain in the UKCredit: London News Pictures

Around 80,000 people over the age of 16 in eight postcodes will be urged to take a Covid-19 test – even if they don’t have symptoms.

The mutation that emerged from South Africa, named 501YV2, is feared to be 50 per cent more contagious than the original strain and resist vaccines.

So far, there has been a total of 105 cases of the South African variant in the UK and until now, all had been connected to travel from the country.

Health Secretary Matt Hancock said: “It is vital that we do all we can to stop transmission of this variant and I strongly urge everyone in these areas to get tested, whether you have symptoms or not.

“The best way to stop the spread of the virus – including new variants – is to stay at home and follow the restrictions in place.

“Until more people are vaccinated this is the only way we will control the spread of the virus.” 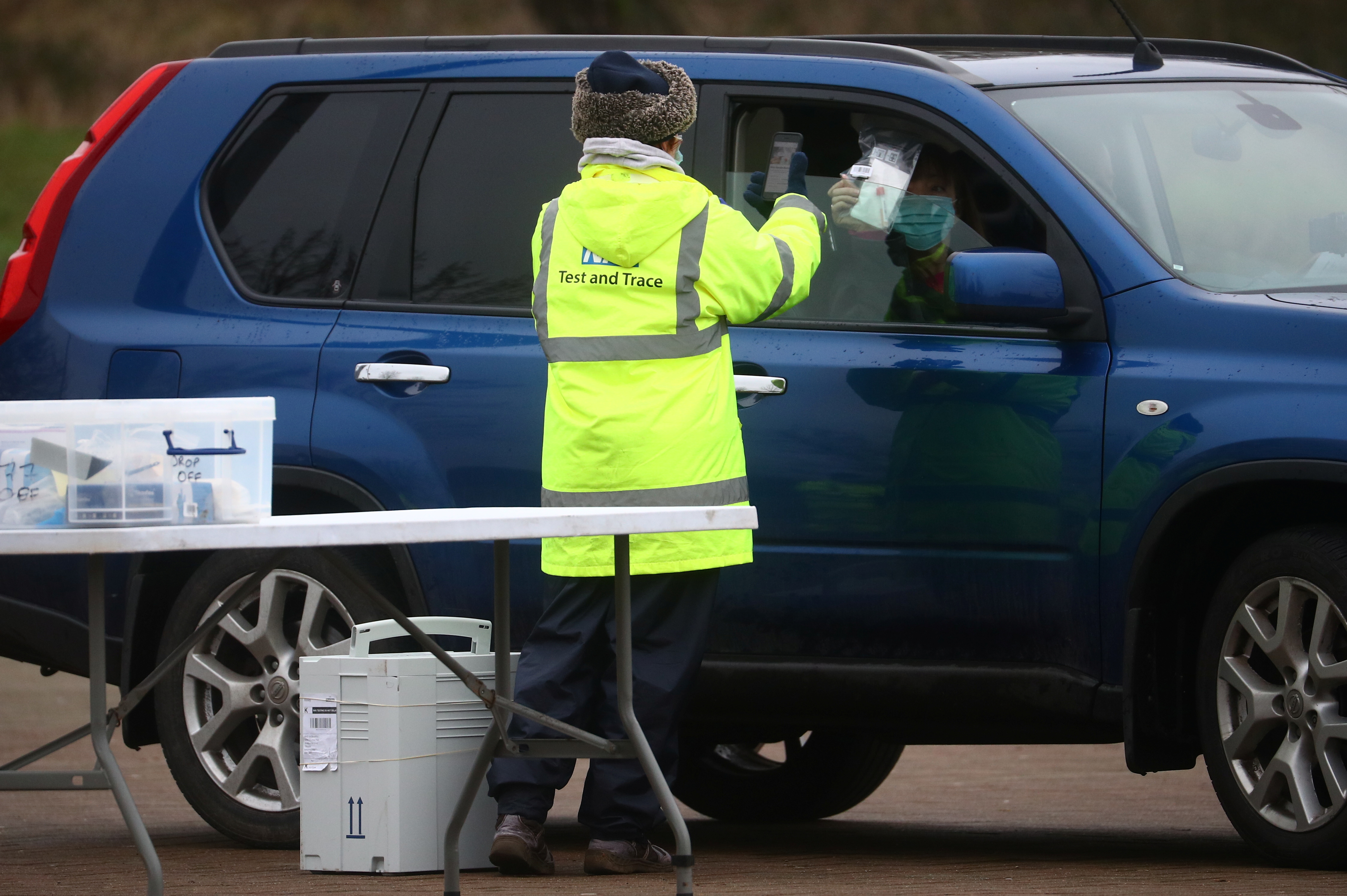 A worker collects a swab from a car window at a test centre in Goldsworth Park, Surrey, where two cases of the South African strain were detectedCredit: Reuters 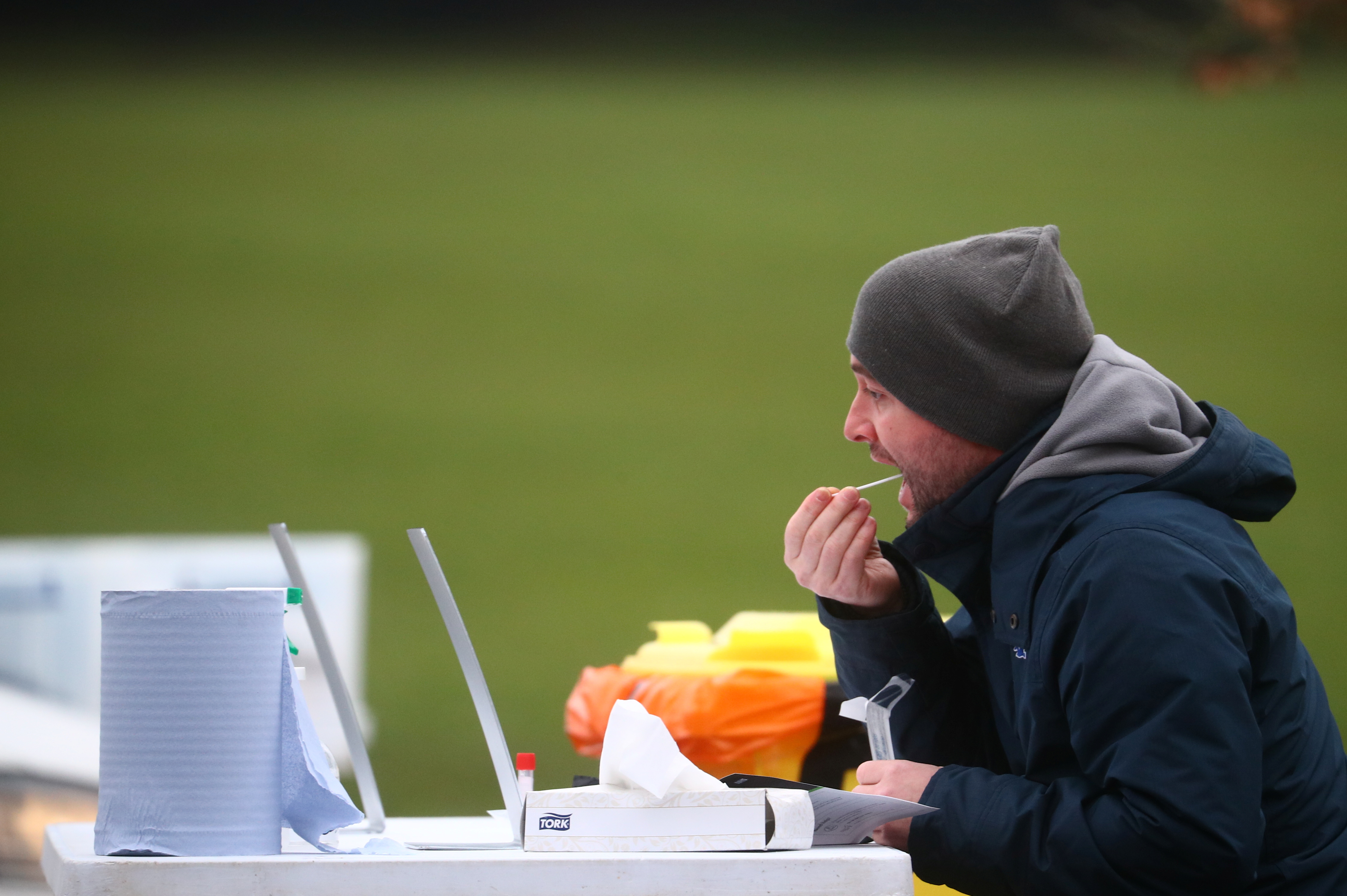 A man takes a swab at a test centre in Goldsworth Park, Surrey, todayCredit: Reuters

These are the postcodes that will be given additional testing:

Health officials said mass testing would help it to closely monitor any community spread of the new variant, and restrict further transmission.

Two positive cases of the strain – which have been worrying scientists – have been identified in people in Surrey with no links to travel or previous contact with those affected.

Ealing Council has also asked residents living and working in parts of Hanwell and West Ealing to get a Covid-19 test after a local resident tested positive for the South African strain, also with no travel links or previous contact.

In Kent, one case has also been identified with no previous links, meaning door-to-door coronavirus testing in the ME15 area of mid-Kent has now started.

Households within the ME15 area will be visited by staff from Kent Police, Maidstone Borough Council, Kent Fire and Rescue and other support agencies.

Dr Alison Barnett, regional director at Public Health England South East, said: “The UK has one of the best genomic systems in the world which has allowed us to detect the variant originating in South Africa here in Surrey.

“I urge everyone offered a test to take it up to help us to monitor the virus in our communities and to help suppress and control the spread of this variant.

“The most important thing is that people continue to follow the guidance that is in place – limit your number of contacts, wash your hands regularly and thoroughly, keep your distance and cover your face.

“If you test positive by any method, you must isolate to stop the spread of the virus.”

The South African strain entered the UK in late December, when two people were found to have tested positive for the mutant bug.

Experts are concerned about the variant because it’s feared to be more contagious and potentially more deadly than the original.

A team of scientists in South Africa, who have been studying the variant since if first emerged towards the end of last year, found it to be up to 50 per cent more infectious than the novel coronavirus.

Meanwhile, British scientists have warned the mutation may also be more deadly.

Experts on the New and Emerging Respiratory Virus Threats Advisory Group (Nervtag), who feed into the government advisory group SAGE, have been analysing the mutation.

What Covid strains are in the UK?

They said last week that data showed “a hint of increased mortality”.

But they cautioned there has not been detailed research into deaths from the South African variant, as there has been with the Kent one, so they cannot be confident in the finding.

To work out if a new strain is truly more deadly, scientists have to do a “controlled” study, where they control for factors that may skew the results.

Experts have also previously warned the South African variant may also be capable of evading testing.

It makes it much harder to track how many cases of the South African strain there truly are, scientists say, but not impossible.

By comparison, the other new and rapidly spreading strain that emerged in the UK can be distinguished with testing, and so can be tracked in “real time”.

The only way to grasp how many people have been infected with the South African strain is to use genetic sequencing.

Scientists already sequence a fraction – 10 per cent – of PCR tests in order to analyse what strains are in circulation.

Dr Clarke said: “They would only pick it [the South Africa variant] up if someone goes for the normal testing procedure because they have symptoms, and they hit that one in ten chance of their strain being sent for sequencing. That is the only way the authorities would know about it.

“That’s a slower way, and less refined way, of doing things because there would be a time lag.

“If you have an outbreak of the South Africa strain, you have to wait till you’ve got the sequence data.

“With the PCR data with the Kent strain, you get a much quicker picture of what is happening.”

During a visit to the Al Hikmah vaccination centre in Batley, West Yorkshire, the Prime Minister told reporters: “We are confident that all the vaccines that we are using provide a high degree of immunity and protection against all variants.”

He said the vaccines could be adapted to deal with new variants if necessary.

“The fact is we are going to be living with Covid for a while to come in one way or another,” he added.

“I don’t think it will be as bad as the last 12 months – or anything like – of course, but it’s very, very important that our vaccines continue to develop and to adapt, and they will.”

Mr Johnson said there were signs the lockdown measures were working but it was too early to “take your foot off the throat of the beast” by easing restrictions.

“We are starting to see some signs of a flattening and maybe even a falling off of infection rates and hospitalisations,” he said.

“So the risk is if you take your foot off the throat of the beast, as it were, and you allow things to get out of control again then you could, alas, see the disease spreading again fast before we have got enough vaccines into people’s arms. That’s the risk.”

Animal Crossing back as UK number one – Games charts 30 January