DESPERATE Irish citizens are trying to book vaccines in Northern Ireland but are being turned away from jab centres north of the border.

Hundreds of people from Ireland – some travelling from as far as Galway and Dublin – have tried to get vaccinated in the north where availability is much better. 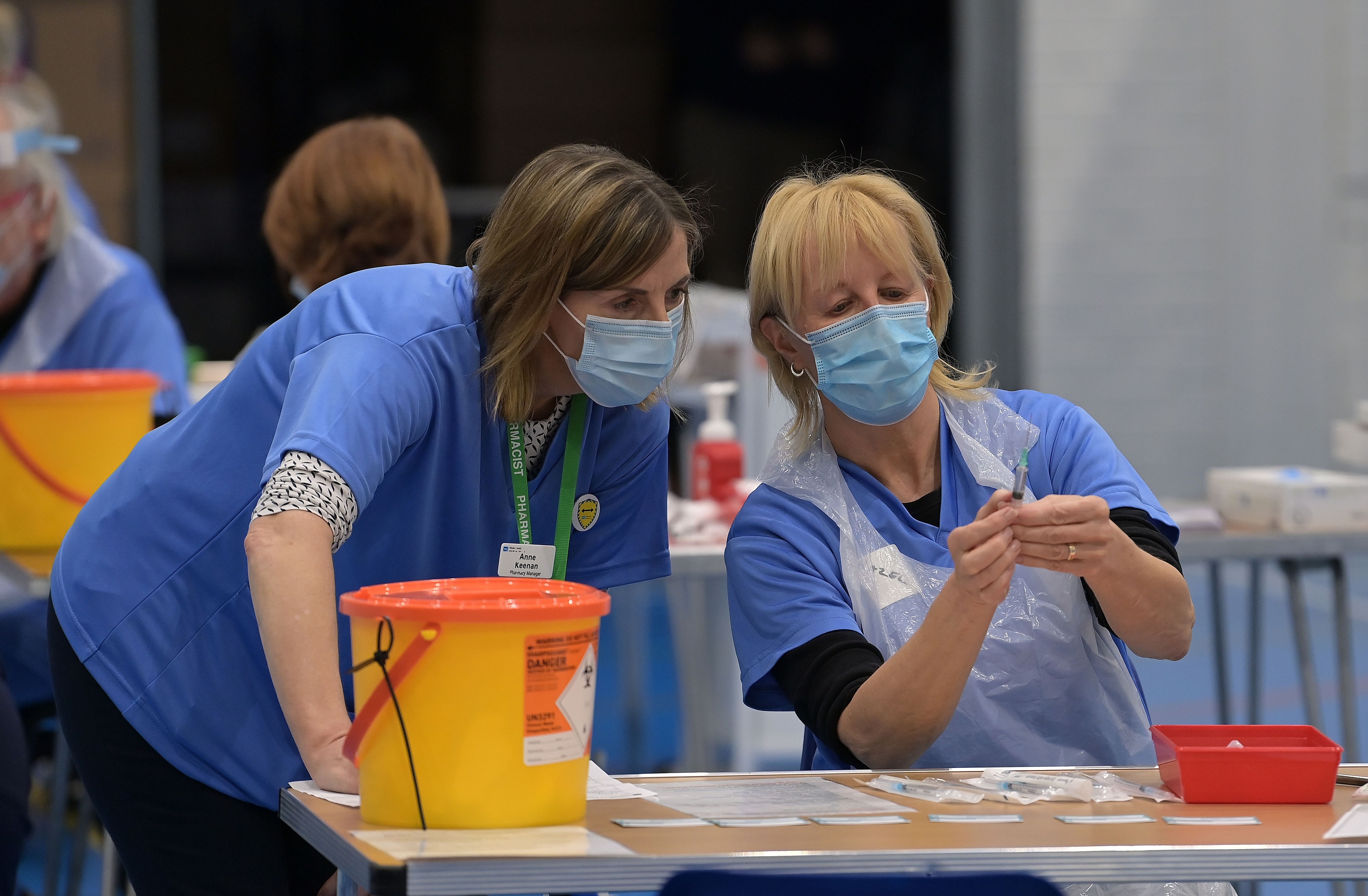 The online vaccination booking system does not require people to provide their home address – but details must be provided on arrival at a centre.

People living in the Republic of Ireland have now been warned to stop booking jabs unless they are registered with a doctor there or have an NHS number, reports RTE.

It comes after some media reports suggested anyone living in Ireland could book vaccinations across the border – but this is not true.

Those who have crossed the border to get a jab work in the healthcare system and qualify as part of their key worker role.

People who are not eligible do not face penalties but are simply refused a vaccine.

Patricia Donnelly, head of the vaccination programme in Northern Ireland, urged those living south of the border to stop booking vaccinations if they aren’t eligible.

She said: “Our scheme is not open to the residents of the Republic, sadly, but we are seeing increasing numbers of ineligible people, including people from the Republic of Ireland, trying to book an appointment at one of our vaccination centres.

“We had trickles of individuals really since the start of the programme, but we’ve noticed in the last week that it’s now turning into hundreds, and that would be the case across every single health trust, they’re getting hundreds of people booking on to the system.

“Only those who meet the criteria will be vaccinated. If you turn up and are not eligible you will be turned away and you will have wasted staff time in the process.

“It’s difficult when individuals travel some distance and arrive at a vaccination centre, full of hope, that you know here’s the beginning of the end for them, and they can get vaccinated.

“They are always turned away, so that is disappointing for them, and a difficult journey for them then to live with that disappointment.”

Around half of the population in Northern Ireland have had their first dose.
However, in the Republic that figure is just 10 per cent.

Our scheme is not open to the residents of the Republic, sadly, but we are seeing increasing numbers of ineligible people, including people from the Republic of Ireland, trying to book an appointment.”

It comes as Boris Johnson risked inflaming the EU vaccines war last night by saying “it was greed my friends” behind “our vaccine success”.

The PM made the controversial comments in a private address to Tory MPs over Zoom earlier in the evening.

He was hailing the efforts of “big pharma” in manufacturing the life-saving jab in lightning-quick time.

Boris has spent days trying to dial down the rhetoric and pleading with European leaders to abandon their threat to slap an export ban on vaccines.

But he risked reigniting tensions with the continent last night as he boasted about how Britain stole the march.

He told MPs at the 1922 Committee: “The reason we have the vaccine success is because of capitalism, because of greed my friends.”

He later added: “Actually I regret saying it.” And he asked MPs repeatedly to “forget I said that”.

UK lockdown: Britain’s roadmap IS on track and ‘no need to tighten it up’ despite third wave in Europe, says bonking prof