A DAD who spent nine weeks in a Covid coma has relived the heartbreaking moment his wife was told he may die.

Eli Seliger, 54, was placed in an induced coma after falling ill last March when the pandemic first ripped across the country. 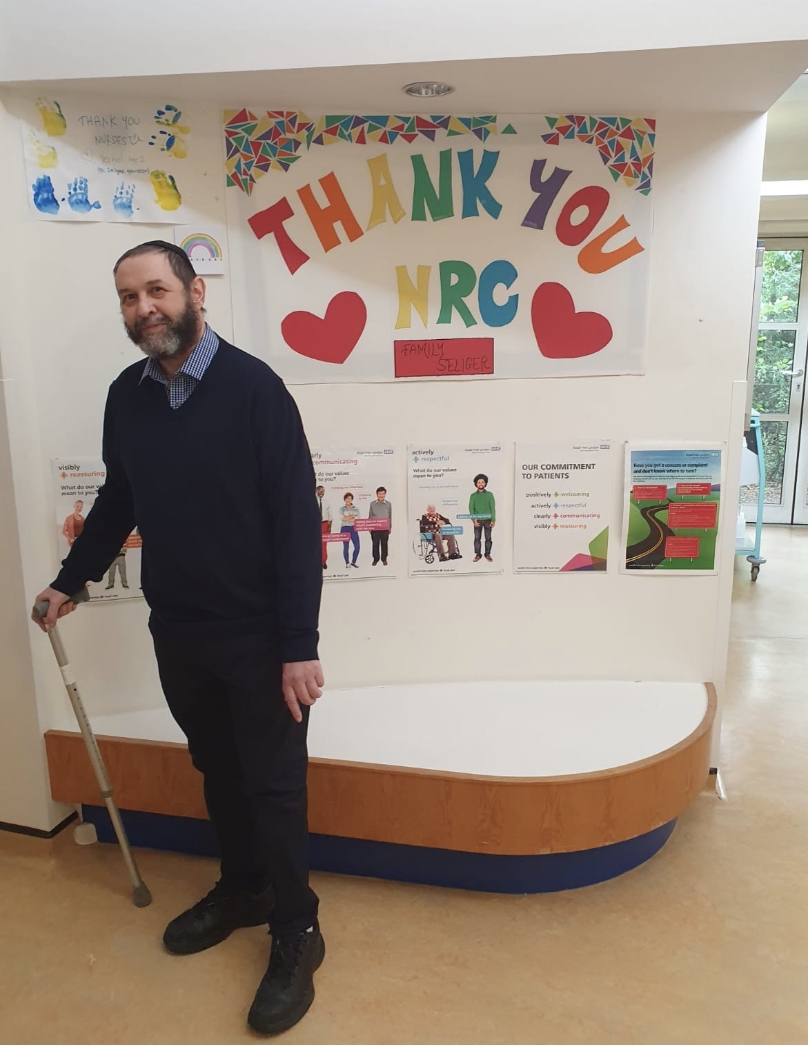 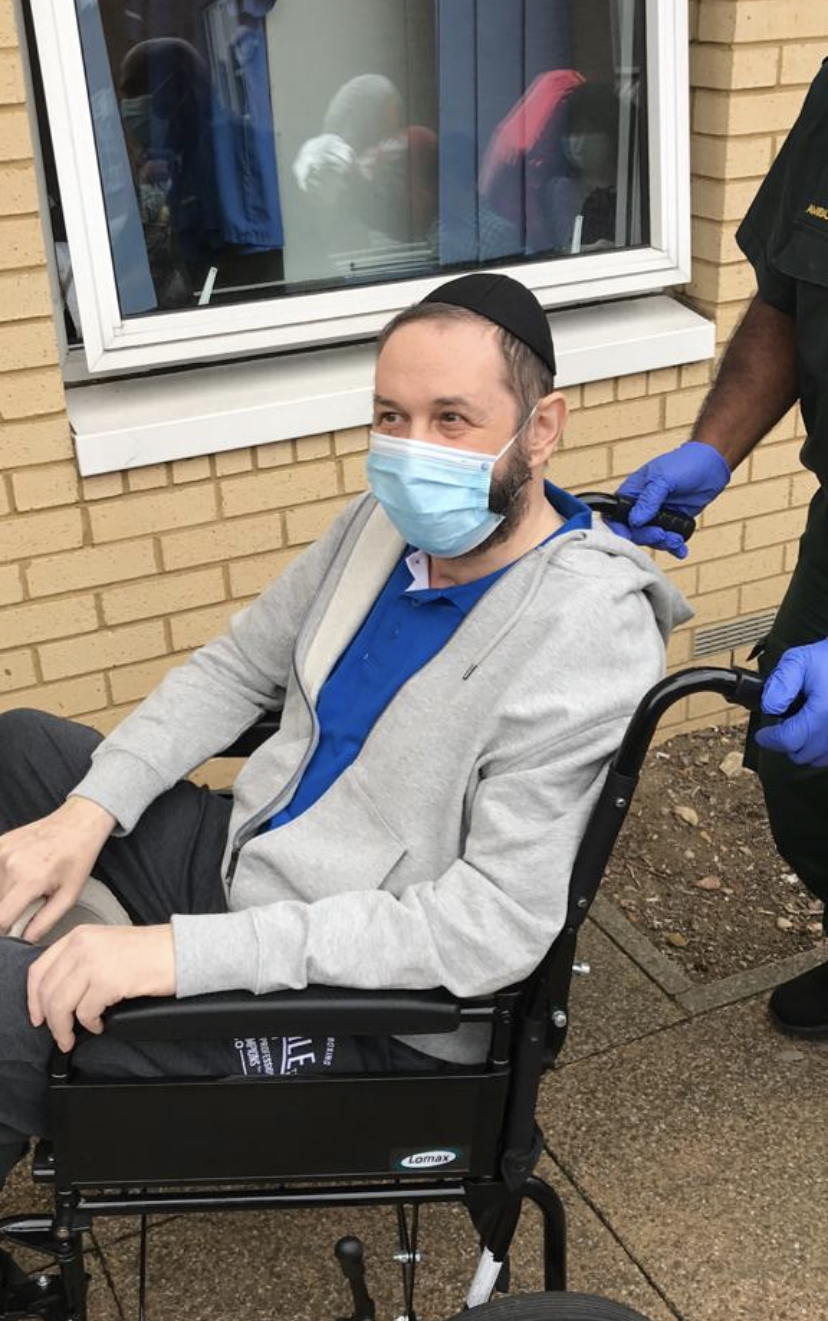 The dad-of-seven from Golders Green, North London, has endured a year-long recovery after he was rushed to hospital last MarchCredit: Eli Seliger

When the charity boss’s condition worsened the following month doctors called his wife in and told her to say “goodbye”.

But after five months in hospital Mr Seliger, from Golders Green, North London, pulled through from his Covid hell and is continuing his recovery as he calls himself “the miracle boy”.

Mr Seliger told Sun Online: “My wife was told at the beginning that I was probably not going to wake up.

“I’m happy to say that today I am walking on my own two legs, I have no stick anymore.

“My motto is, and my wife’s motto was really through the whole thing was; ‘If there’s life there’s hope’.”

Mr Seliger, who is Orthodox Jewish, was rushed to the Royal Free Hospital on March 26, 2020, with Covid symptoms thanks to a quick-thinking medic from the Hatzola community ambulance service

The first-responder read a message from Mr Seliger’s son asking people to pray for his dad before checking on Mr Seliger and his brother.

Mr Seliger said: “When one of the doctors was talking to me and telling me, “We’re going to put you in the ventilator”, he asked me: “Have you got any family in the Royal Free? Has anybody else been admitted?”

“I said, no, but apparently my brother was lying in the cubicle next to me. They closed the curtain so I shouldn’t see him.

“From Thursday night until Friday night when they put me on the ventilator I had no recollection whatsoever.

“I don’t know what happened to me until talking to this doctor. He said, ‘Look, Eli, we are going to have to put you on the ventilator’.

“All of a sudden, I saw seven astronauts, these guys all dressed up with all their gear. The doctors and anaesthetists and who knows what.

“They started introducing themselves to me and I said, “Guys, no need for an introduction, I thank you for what you’re doing”.

“And that was the last I heard or felt of it. Nine weeks later I woke up. They put me into a coma.”

He became the first adult in the country to be diagnosed with ADEM, an inflammation of the brain similar to multiple sclerosis that usually affects children.

Unable to visit him in hospital due to Covid restricions, Mr Seliger’s family sang to him every night through video calls as he lay in a coma.

But on April 29, as his condition deteriorated, Mr Seliger’s wife, Leah Seliger, was called to UCLH.

“She hadn’t seen me for all these weeks, nobody was allowed in because of Covid.

“She came in and spoke to the doctors and she said, ‘Do you mind if I just go to the room and pray?’

“And all of a sudden they came back and said they said they had stabilised me, and the next 36 hours are critical.

“From then on it was a challenge, When I did wake up I was gobsmacked, I had no idea where I was, I was totally shocked.” 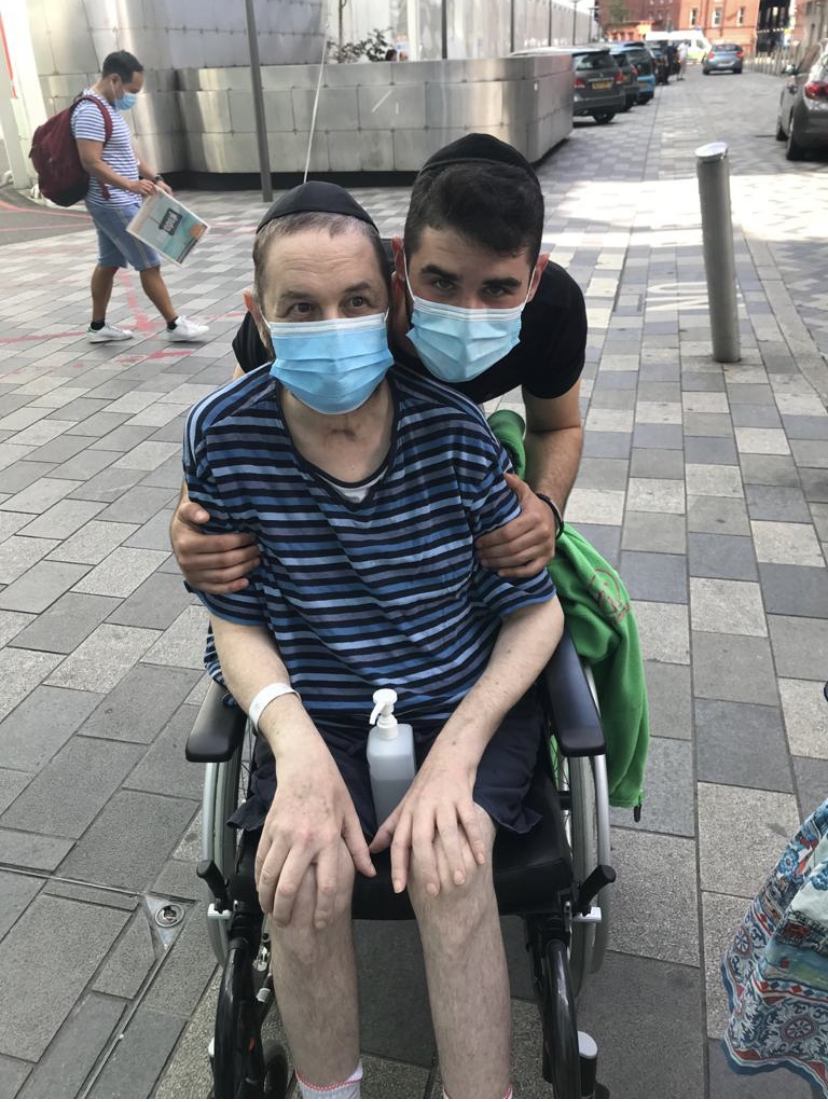 Mr Seliger awoke from an induced coma on May 27Credit: Eli Seliger

When he finally awoke from his coma on May 27, he was initially unable to remember his wife’s name or move his feet and legs, which was “very frightening”.

His wife later told him he was “lucky to be alive”, and revealed the devastating news that about 15 friends and members of his local community had died of Covid while he was in a coma.

Altogether, he spent 18 and a half weeks in hospital – nine on an ICU ward – with three more weeks in rehabilitation.

South African-born Mr Seliger said: “I came home in a wheelchair, but within probably about three weeks four weeks I was out of the wheelchair.”

It is immature to think that Covid doesn’t exist.We have to accept what our doctors have proven to us

He can now walk unaided, but has a clinical psychologist, an occupational therapy and a physiotherapist to help with his recovery from long Covid, which has affected his memory.

Mr Seliger, who works in property development, is still unable to work and has trouble sleeping, but is continuing to progress, although he says “my whole life has been changed” by the year-long Covid battle.

He said: “My friend said to me, “Eli, you can’t look forward, you have to look backwards, look where you were 11 weeks ago”.

“That gave me the will to move forward when I saw how much I had achieved in the last few weeks.”

The community have also rallied around Mr Seliger – the UK chairman of cancer charity Zichron Menachem – raising more then £70,000 to help Mr Seliger and other community members as they recover from Covid.

After being vaccinated this week, he urged people to get the jab and admits before catching Covid he thought it would be like the flu.

He added: “It is immature to think that Covid doesn’t exist. We have to accept what our doctors have proven to us.

“I thank the NHS for what they did for me. And you think you are going to be clever and not take the vaccination?

“God forbid, you should actually catch it. If we can help by having the vaccination we should take it.”

Covid UK: The long-term mental health impact of one year in lockdown