FOUR people had to be rescued from snow bound hills after they became too exhausted while searching for a plane crash site.

A rescue team had to save the group, from Manchester, who broke Covid-19 rules to find the spot in Derbyshire where a B-29 crashed during the 1940s. 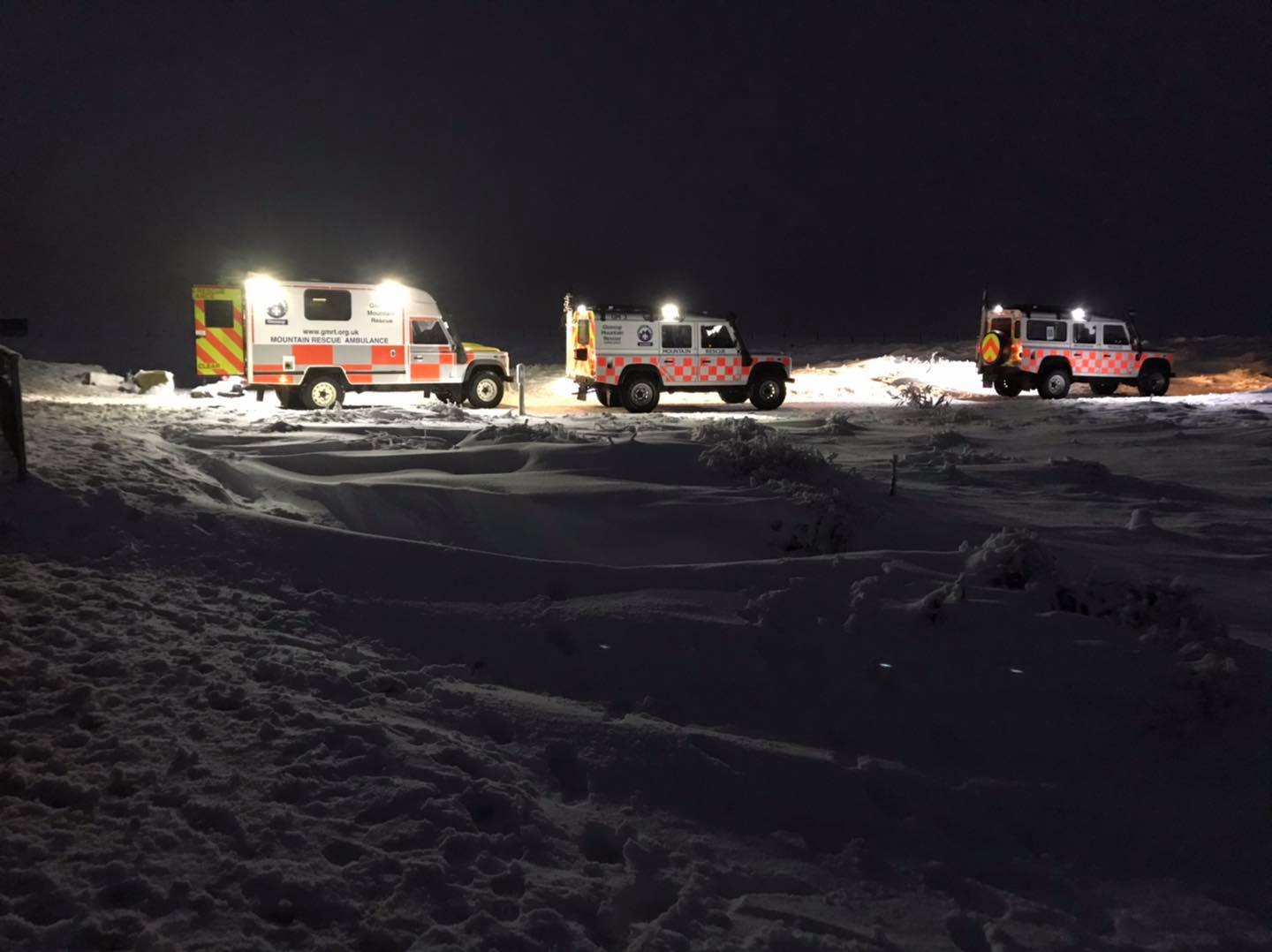 The group were rescued after getting lost up the hills in DerbyshireCredit: Glossop Mountain Rescue Team 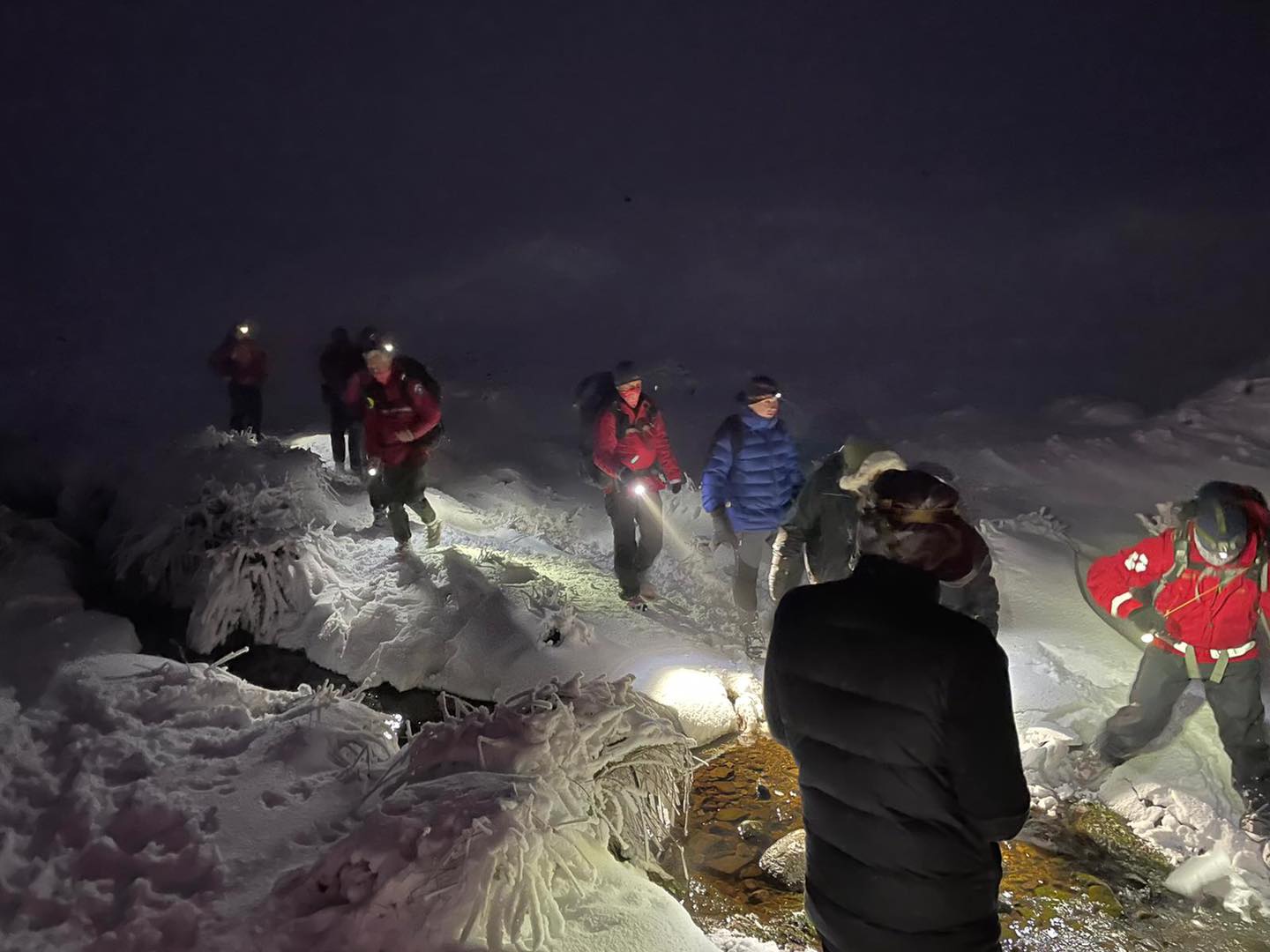 The rescue team were called out just before it started getting darkCredit: Glossop Mountain Rescue Team 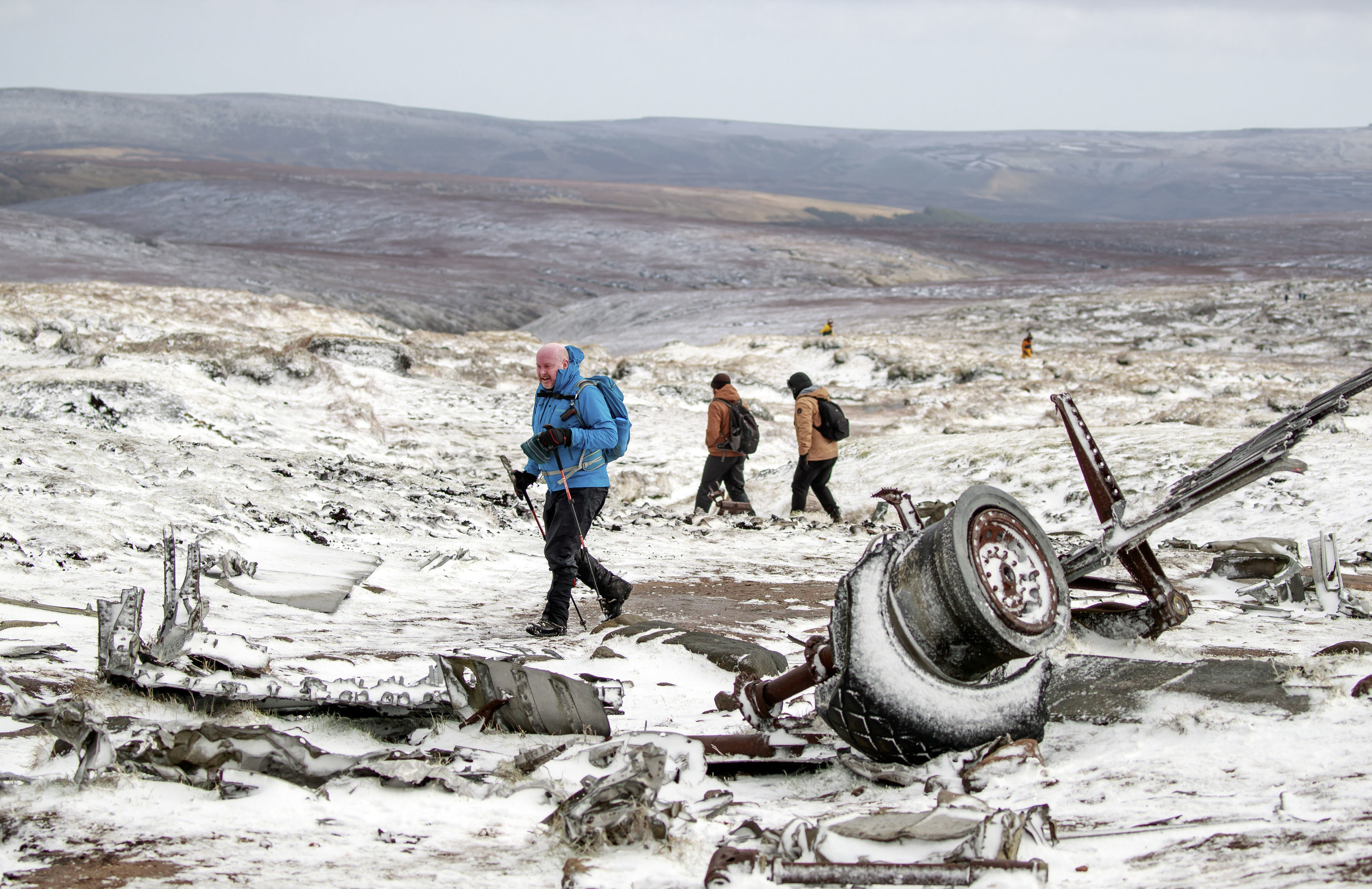 The group were heading to the site where a B-29 plane crashed in 1948, killing all 13 crewCredit: PA:Press Association

The group from Manchester had become lost on Saturday afternoon while trekking for five hours in deep snow to locate the crash site near Bleaklow Moor.

With temperatures falling to -12C, one member had become exhausted and could not continue on.

In a Facebook post, the mountain rescue team said: “The four people had driven from Manchester breaking the Covid-19 rules, not just that but also putting their lives at risk.

“The temperature on Bleaklow on Saturday was around minus twelve celsius with wind chill and deep snow.

“This could have been a very different story had they not had phone signal.”

Armed with a stretcher and first aid kit, Glossop Mountain Rescue Team set off from Snake Summit, to find the group. 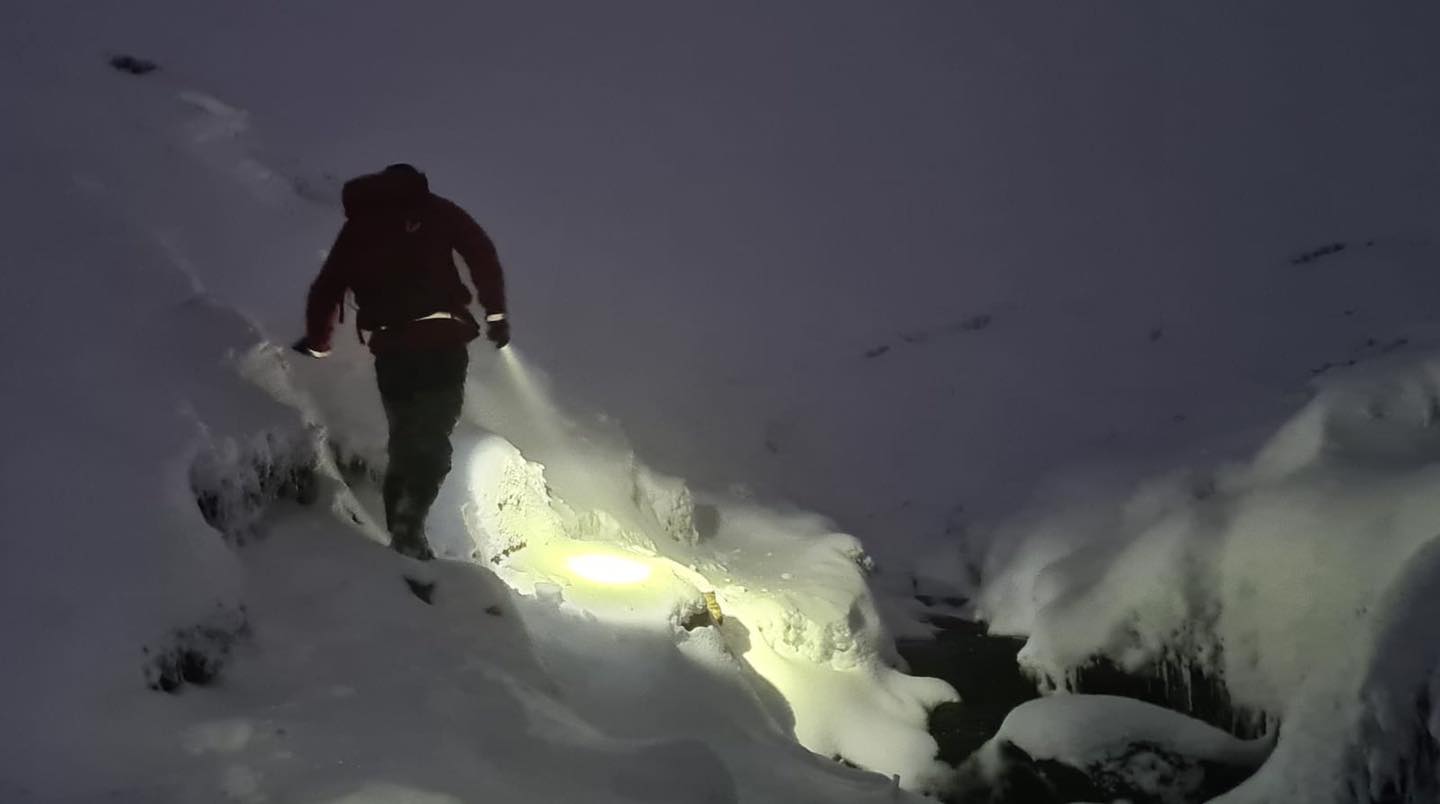 Rescuers said the group could have lost their livesCredit: Glossop Mountain Rescue Team

The team managed to locate the group at Hern Stones using a phone finder app.

After a quick check-ups, all four were given jackets and walked back to Snake Summit.

They were then taken back to their cars parked at Old Glossop. 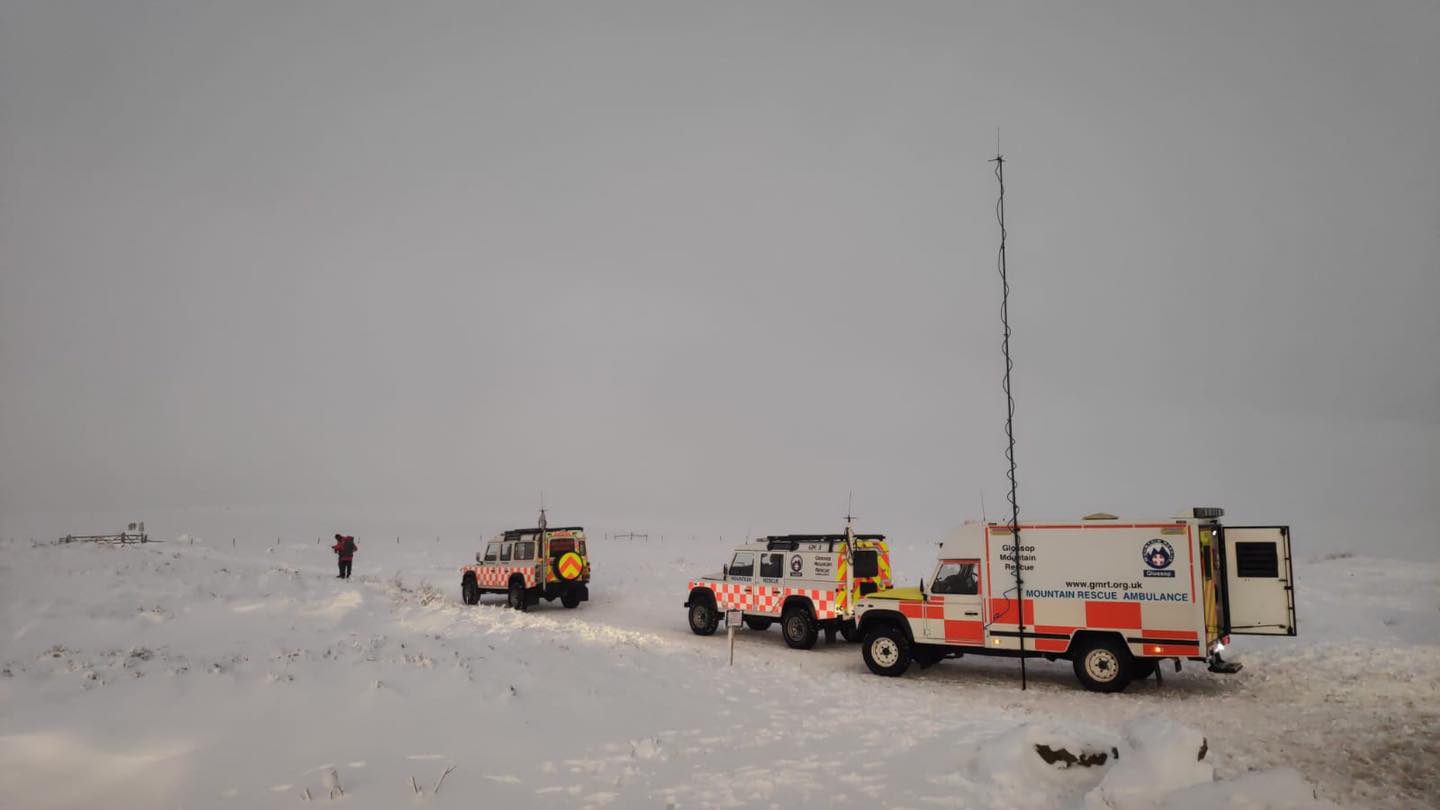 The rescuers were called out despite the Covid lockdownCredit: MEN Media