COVID deaths in the over-80s have plummeted 79 per cent in just five weeks, new data has revealed.

It follows the rollout of vaccinations in the most vulnerable age groups – with the life-saving jabs starting to have an impact. 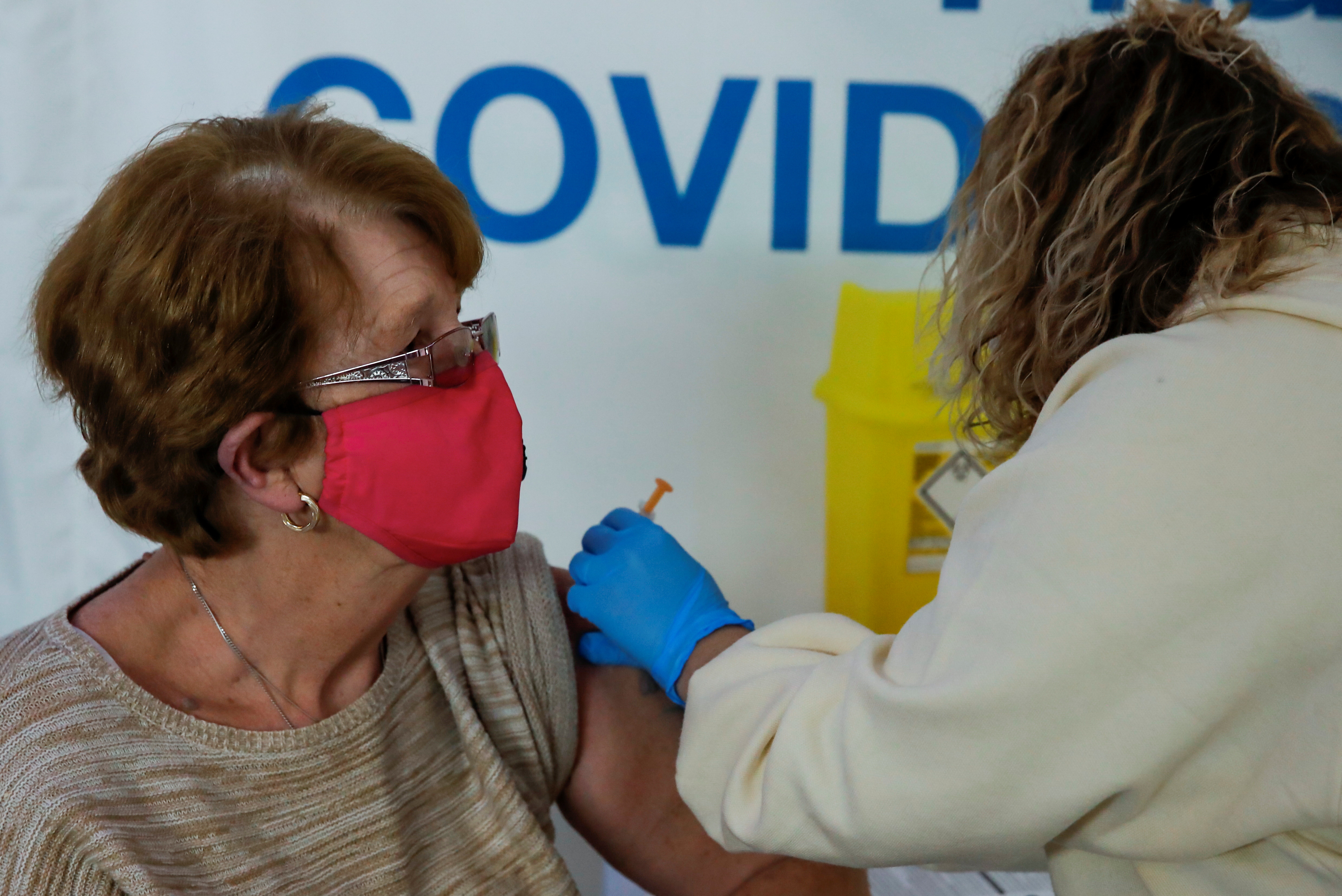 A woman is given the Covid vaccine at a cinema in MaidstoneCredit: Reuters

The Office for National Statistics found there were 1,118 virus deaths in the over-80s in England and Wales in the week ending February 26.

This is a dramatic fall of over three quarters since January 22, when 5,326 deaths took place in this age group.

Deaths due to Covid in the over-70s also falling by more than 70 per cent, the ONS said

Prof Kevin McConway, Emeritus Professor of Applied Statistics at The Open University, said: “This must surely be an effect of vaccination, in part at least.

“Registered deaths in England and Wales involving Covid-19 fell by nearly a third (31 per cent) in the most recent week, compared to the week before, in people aged 80+, the age group where the biggest proportion have been vaccinated.”

All regions of England also recorded a week-on-week fall in the number of Covid deaths registered in the week to February 26, the ONS said.

South east England saw the highest number of Covid-19 deaths registered: 481, down 24 per cent from 636 in the previous week.

It comes after hospital admissions in England of patients with Covid aged 85 and over have fallen 90 per cent since the peak of the second wave.

It was the first time daily admissions for the 85 and over age group have been below 100 since October 10.

Overall, 145,647 deaths had occurred in the UK by February 26 where Covid-19 was mentioned on the death certificate, the ONS said.

The substantial decrease is credited to the ongoing lockdown restrictions and the incredible inoculation drive that has seen around 21 million people receive their first dose.

Those aged 80 and over were included in the first four priority groups of the rollout, with a large majority expected to have now received both doses.

It seems the good news keeps on coming, as the total number of daily covid deaths dropped to the lowest level since October, with 65 fatalities.

A Massive Global Hunt for Variants Is Under Way