A COUPLE bought their dream home – but haven’t moved in for a YEAR as the previous owner cruelly refuses to leave thanks to a legal loophole.

Tracie and Myles Albert are trapped in a nightmare after splashing out more than half a million dollars of their ‘life savings’ for the four-bedroom Californian house. 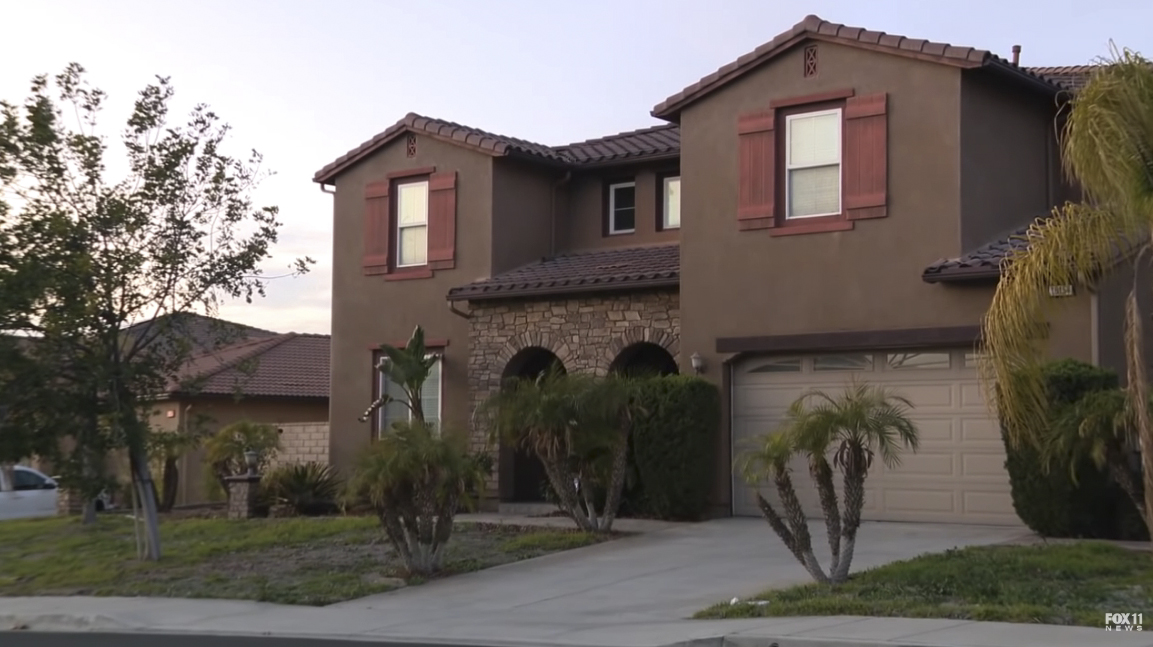 The four-bedroom home was sold to the Alberts well over a year agoCredit: Fox 11 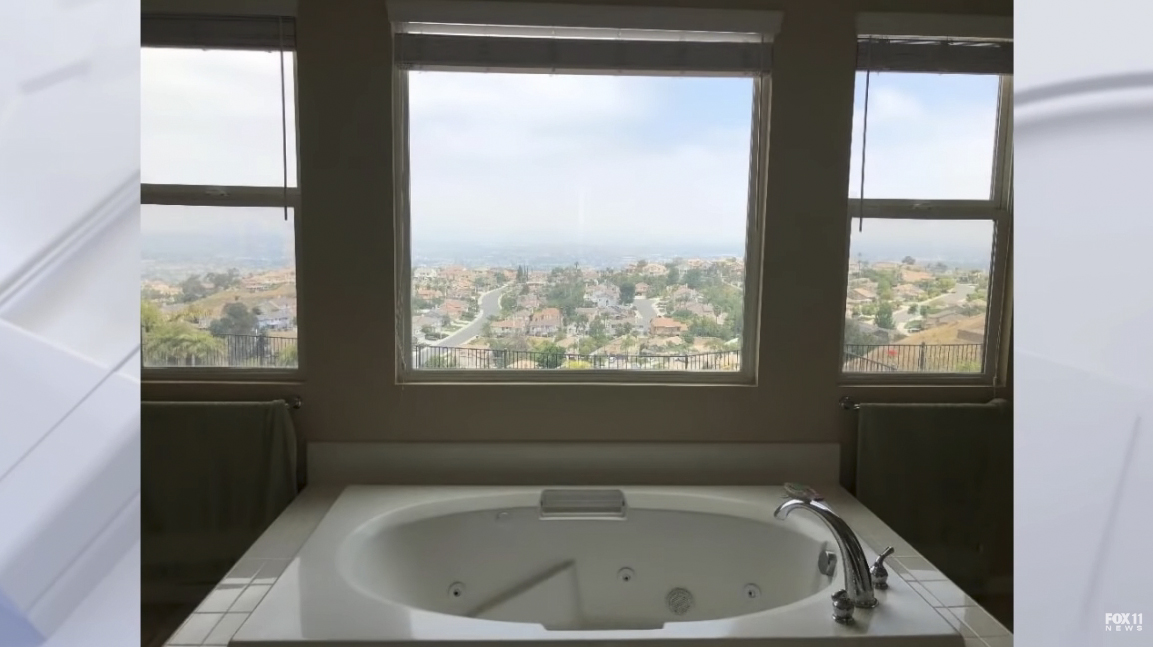 It comes with views – including from the bathroomCredit: Fox 11 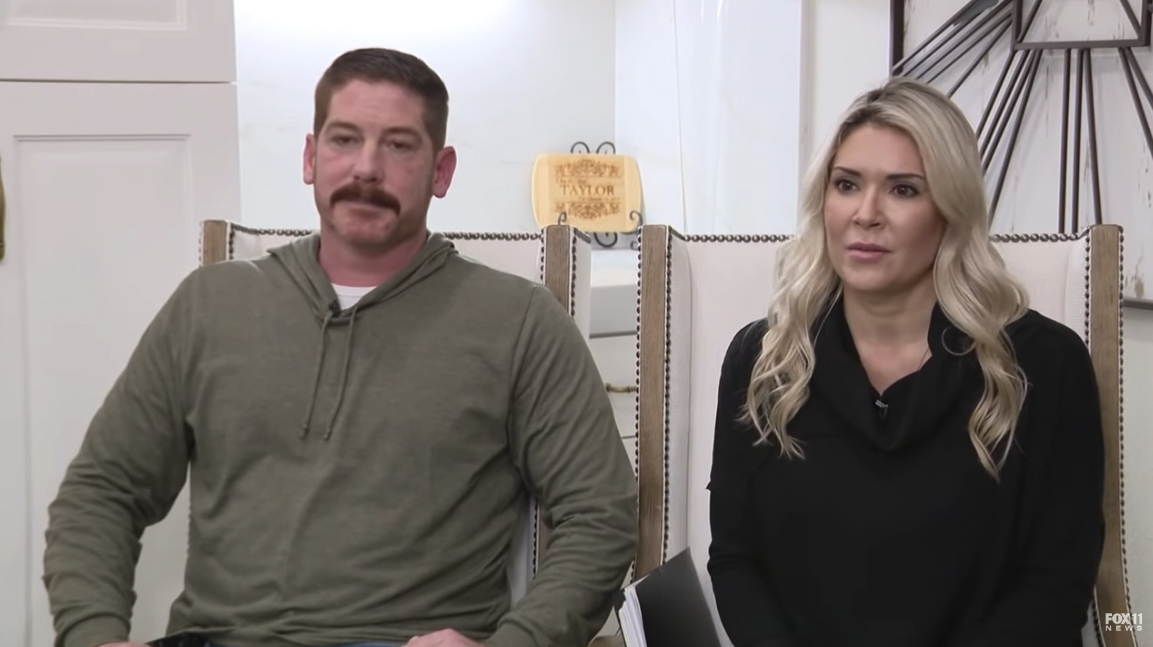 But its new owners, Myles and Tracie Albert, have yet to set a foot insideCredit: Fox 11

Myles said: “They have this case under a Covid tenant situation, of no evictions – when it doesn’t fall under that at all.

“This transaction went through in January 2020 before any of that, it isn’t a renter who was getting thrown out. It’s the guy who collected all of this money.”

At one stage, the couple are shown on TV going up to their front door and knocking, only to have the man inside shouting, “get out of here, f*** you.”

Chris Taylor, the real estate agent who sold the home from a man keen to sell immediately, told Fox 11: “Every single ‘i’ was dotted, every ‘t’ was crossed, everything was agreed to.”

He explained that the previous owner said “he needed $560,000 from the sale of his house in the next two weeks.

“And he called me on a Sunday, so in traditional real estate, there is no way of doing that unless the buyers are cash buyers.” 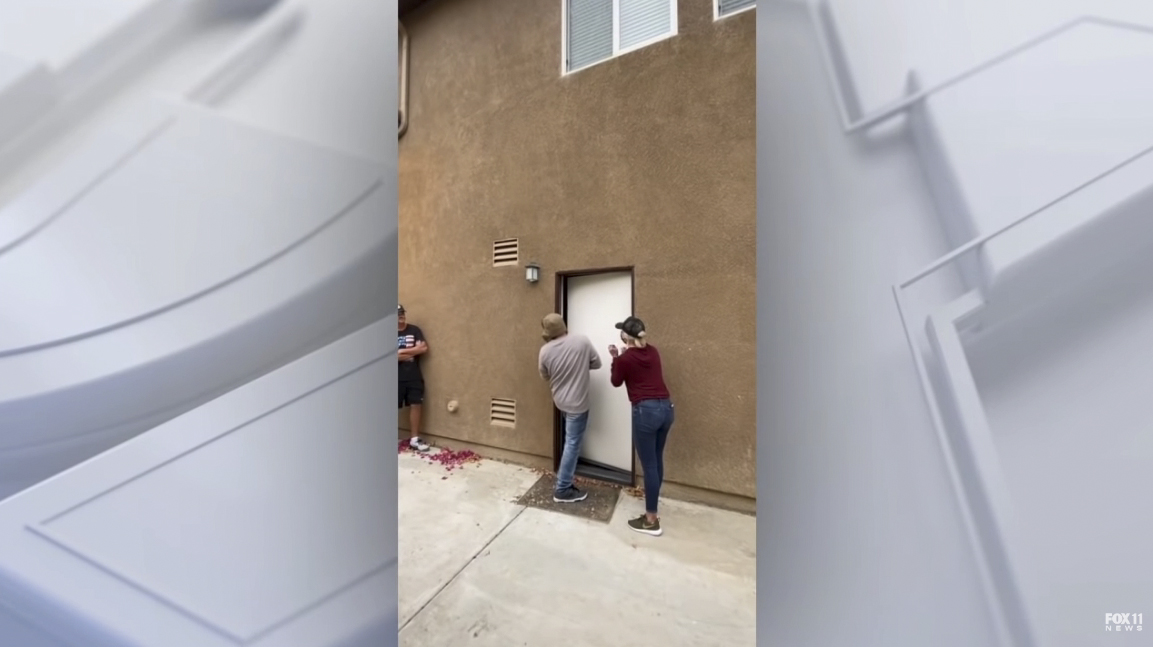 When the owners knock on their own front door, the previous owner tells them ‘f*** you’Credit: Fox 11 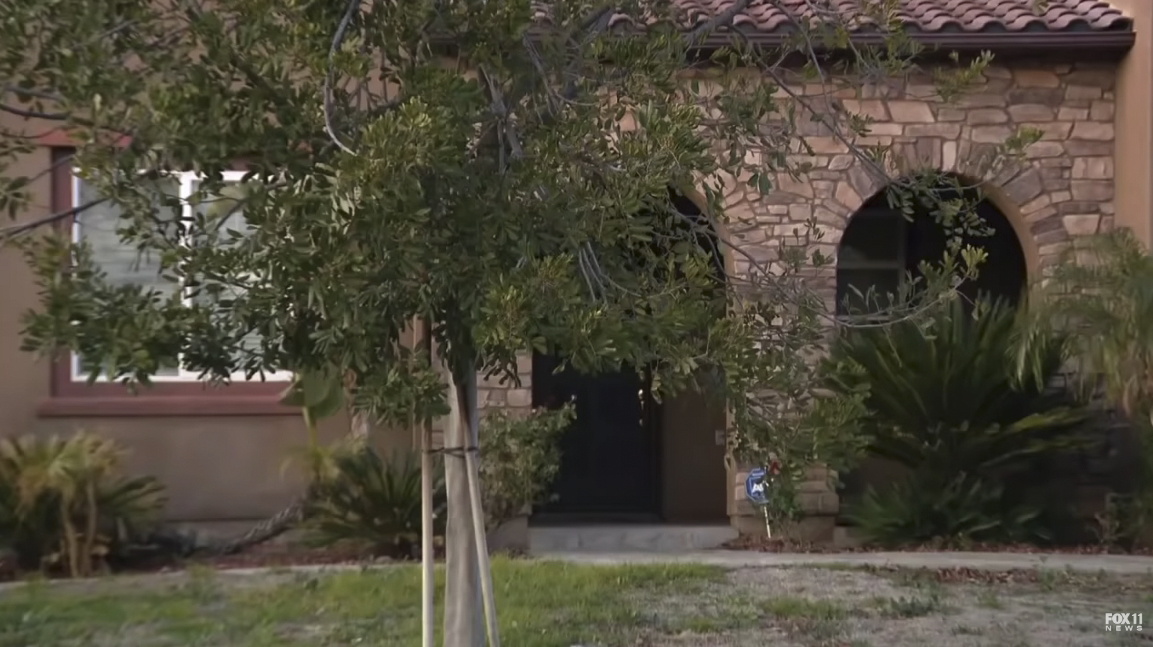 The grass is already dying because the property is being neglectedCredit: Fox 11 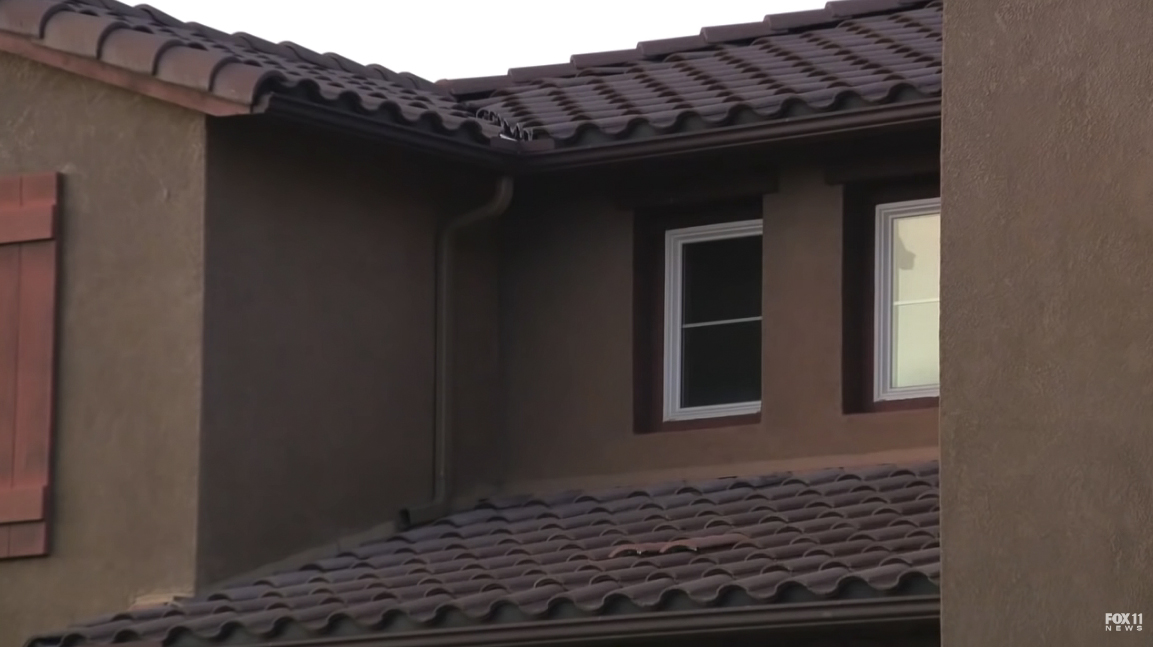 The house was bought back in January 2020Credit: Fox 11

As the house was free and clear – and worth more than $560,000 – Tracie and Myles felt it was great deal, explains Fox.

Myles said the couple were so keen on the purchase, they “scrambled” to get everything organized, “our life savings and put it together”.

Yet during escrow, they discovered a $30,000 tax lien on the house, which slowed things down, but the sale was eventually signed and completed.

The transaction went through in January 2020.

However they’re yet to step foot inside, because the previous owner has refused to leave for more than a year.

Myles said: “We own the house, outright. That’s our house and it’s all in a contract, written, legal, done.

“He’s been paid the money in his account. How could we have no rights to go into our home?” 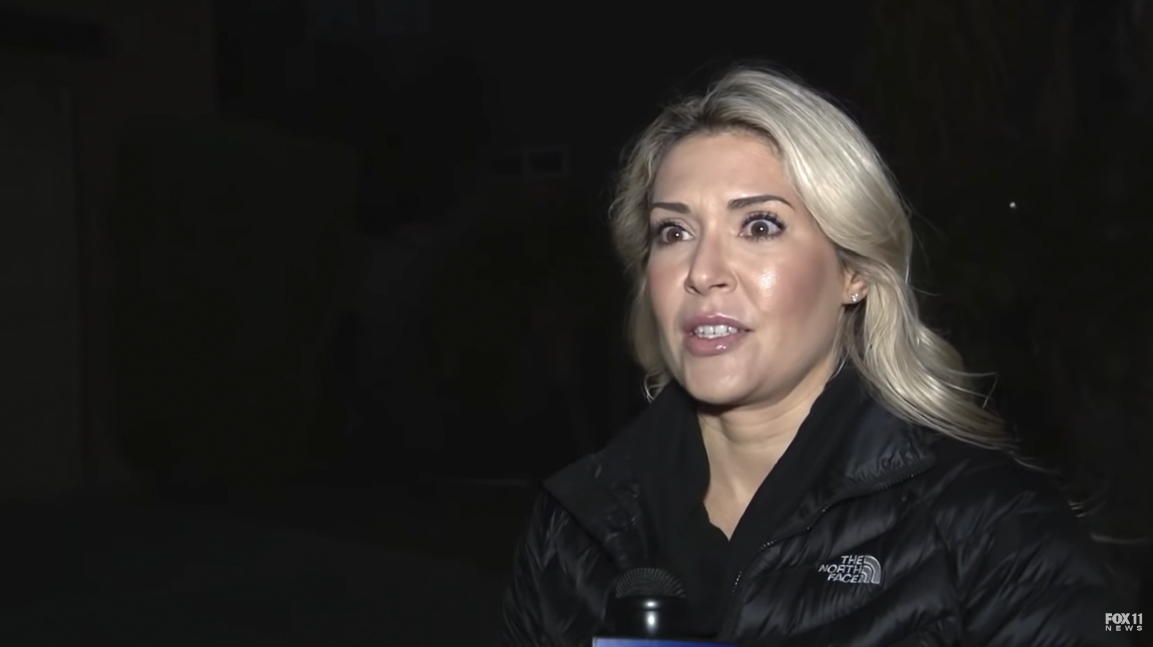 Tracie is distraught about he never-ending nightmareCredit: Fox 11 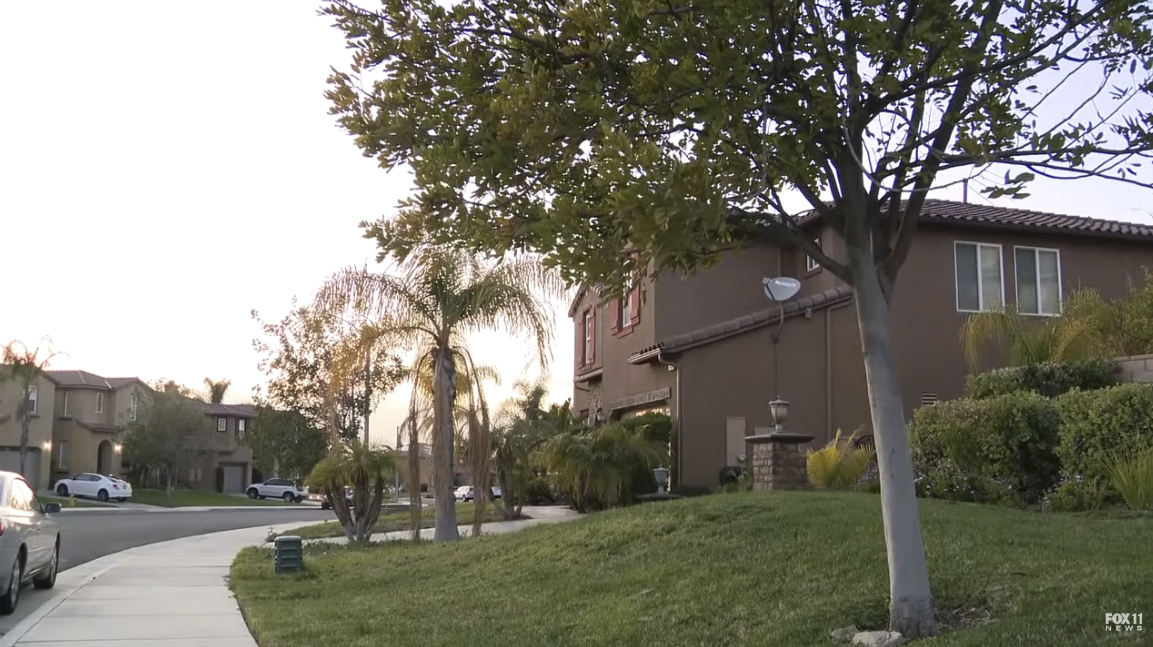 The four-bedroom property is in Riverside, CaliforniaCredit: Fox 11

“Everybody is just blown away by the fact that this could happen.”

The agent added that it is “unfathomable to me that we live in a state where something like this is even possible – they closed escrow on this home.”

Fox explains that all three have contacted the local authorities in Riverside, and tried to get the seller evicted.

However because of the coronavirus pandemic rules it appears to have fallen under the ban on tenant evictions – despite it not falling under that category ‘at all’.

The transacation went through in January 2020, before any of the pandemic restrictions, and, it’s not a renter who’s getting thrown out, it’s a man – the previous owner – who collected all of the couple’s money. 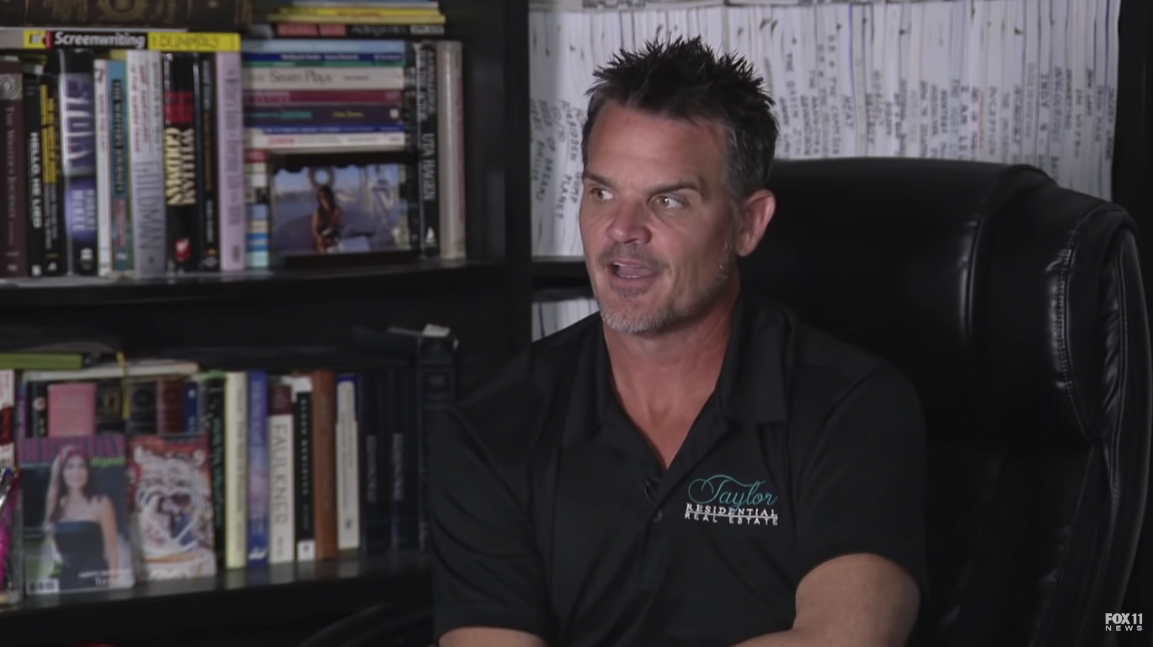 Chris Taylor, the real estate agent who sold the home from a man who wanted to sell immediatelyCredit: Fox 11 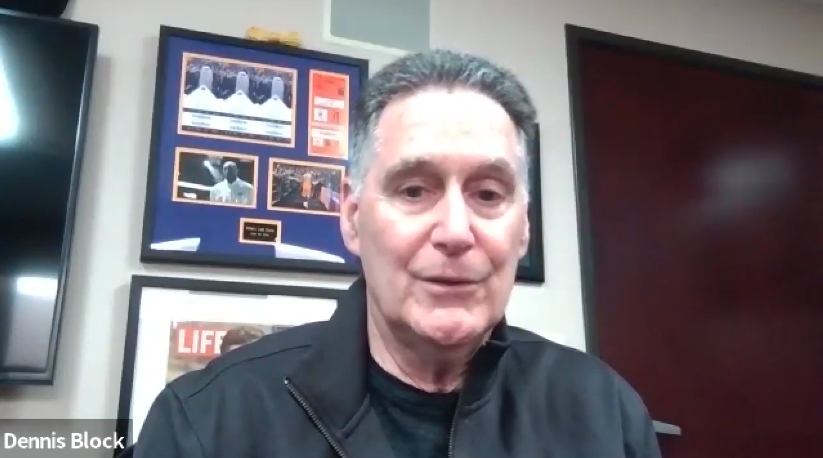 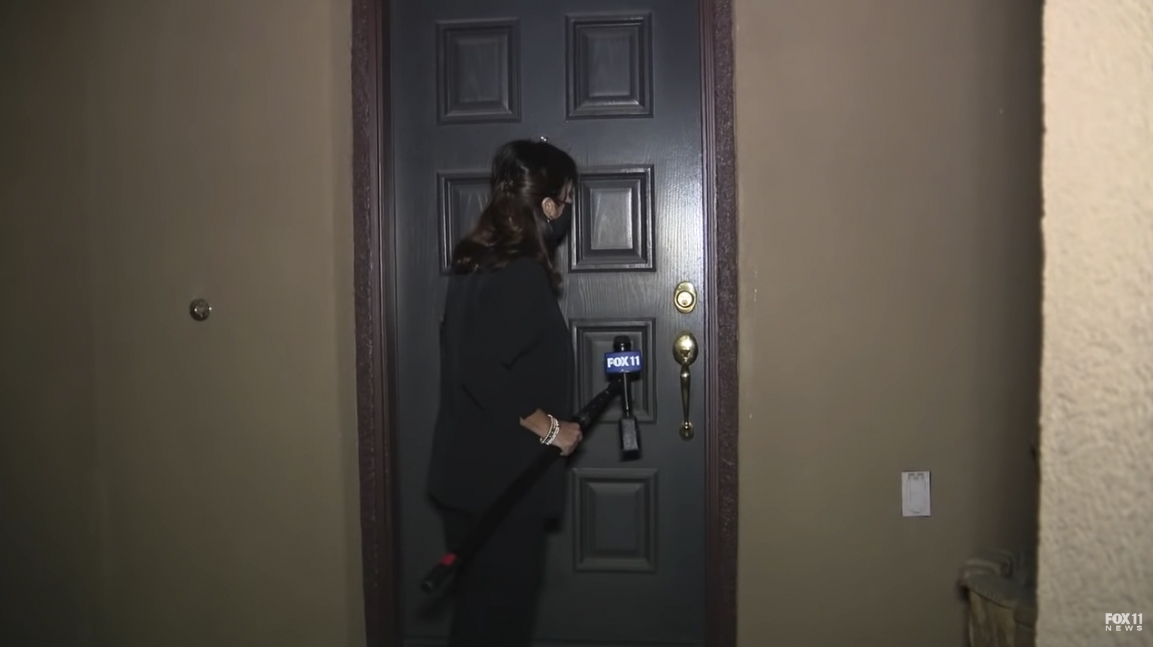 Fox 11’s reporter tried to speak to the ex-owner, who has the couple’s moneyCredit: Fox 11

“People buying a house need to be extremely cautious especially if they notice any red flags during the process.”

He said the problem could happen to ‘anyone’.

Dennis added: “So this person is… a previous owner who is enjoying the benefits of the funds that were transferred to his account, but of course now doesn’t want to move out of the premises that he no longer owns.”

The couple has filed an unlawful detainer, giving a three-day notice to quit.

The document warns the man “that in the event you have not vacated and relinquished possession within three days after service of this notice, you will be subjected to court proceedings in the form of an unlawful detainer, and you will be responsible for all court costs incurred, and the reasonable rental value of the premises.”

But because of the California eviction moratorium, the case has been stalled.

The immaculate home is becoming an eyesore, says Fox. Its reporter knocked on the door in an effort to speak to the previous owner, to no avail.

Tracie said that she has tried watering the lawn, but he “came out and ripped my sprinkler lines, ripped all the wires off, the palm trees are dying.

“This was immaculate when we purchased this house, it was beautiful. And now everything is dying.”

Her husband added, “it just seems unbelievable that you look at it and go ‘so you can just steal someone’s life savings, then commit [alleged] fraud and do all these things and there’s just nothing to be done about it?”

The Irregulars season 1: Who is in the cast of the new Sherlock series?