POLICE are set to ramp up patrols at pubs, parks and beaches this weekend as revellers prepare to make the most of their new freedoms.

Primrose Hill in London will shut each night from 10pm while forces across the country have vowed to clamp down on large gatherings.

Crowds gathered at Primrose Hill on the sunny Easter Sunday, prompting cops to shut it each night this weekendCredit: Rex

It comes as Brits prepare for beer gardens to reopen for their first Friday night since the lockdown eased.

It will be the first night on a weekend with outdoor bars open in all parts of England since October last year — when Tier 3 pub shutdowns hit some areas.

And drinkers will be making up for Christmas, New Year and Easter parties, with all-day sessions and booze sales set to be double a usual Friday night.

Police said Primrose Hill in north London will be temporarily closed tonight, Saturday and Sunday from 10pm to deal with the likely influx of revellers out and about.

The beauty spot will then reopen again the following morning with officers breaking up groups after “recent incidents of anti-social behaviour”.

Scores of maskless ravers were caught at an illegal bash at the park in Camden on April 3 – just days after groups of six were allowed to meet once more outside.

Similar scenes were also seen in cities like Manchester and Nottingham, where boozy students brawled and weed in park bushes. 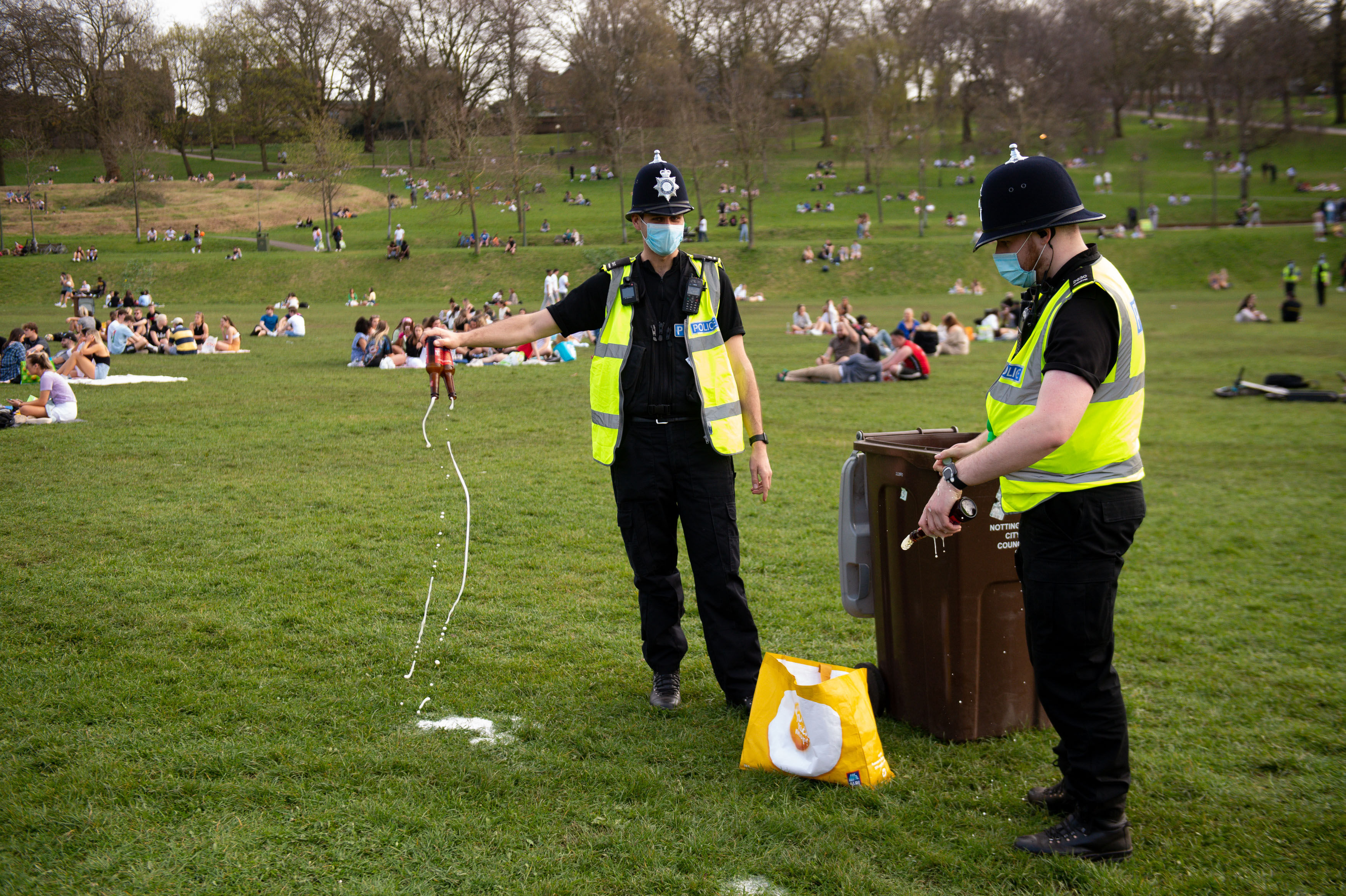 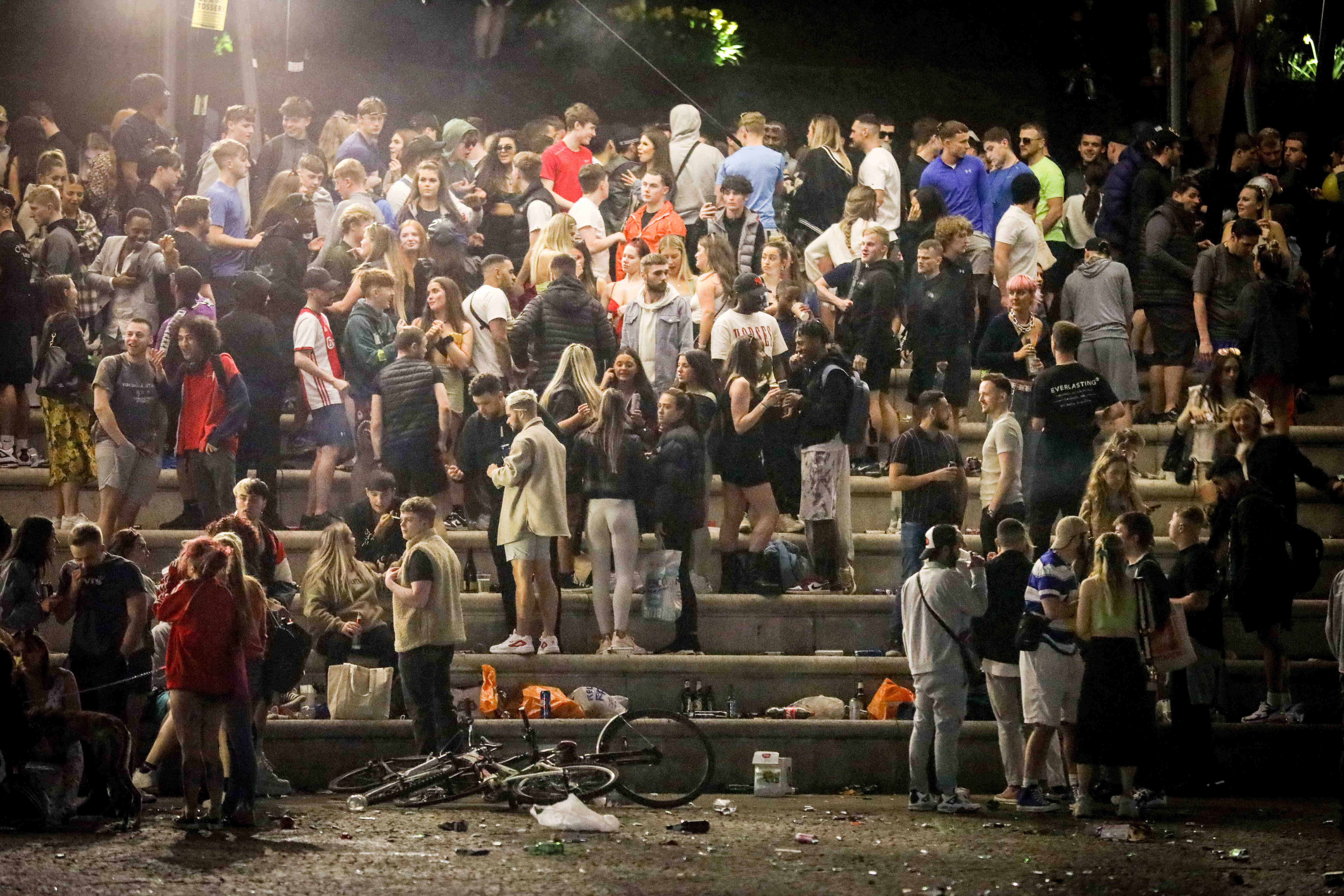 Youngsters were pictured at a rave in Manchester last month 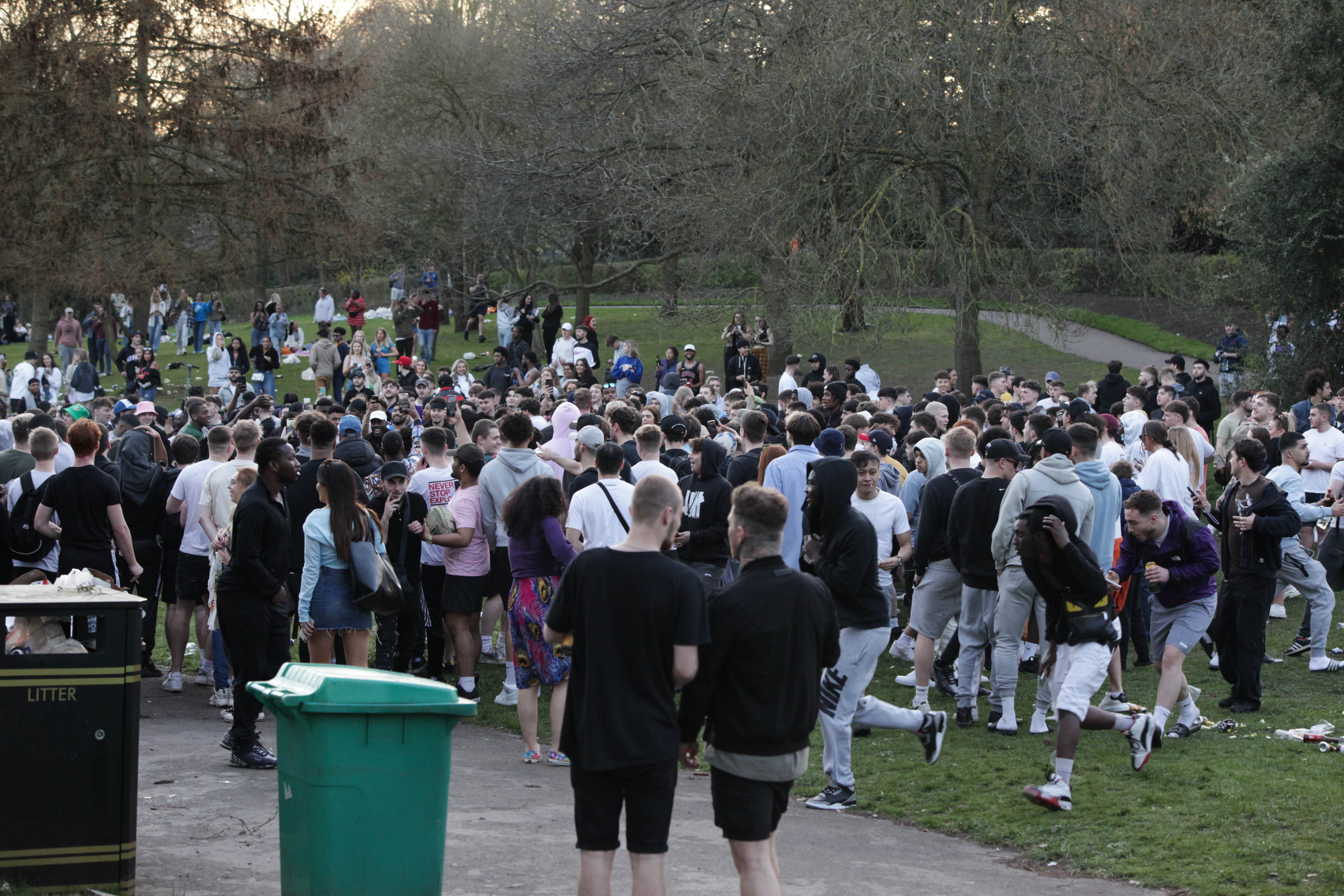 In a bid to avoid things getting out of hand in the capital, officers will be stepping up patrols in busy areas like Soho and Mayfair, vowing to take action against those who “dangerously flout the rules” while urging business owners to “act responsibly”.

Met Police Deputy Assistant Commissioner Jane Connors, leading the operation, said: “I must stress that we remain in a public health crisis and gathering in large numbers presents a real risk of transmitting Covid-19.

“While restrictions have recently eased, we need only look at what is happening now in some parts of Europe and our own recent experience to see how quickly things can change.”

It comes as pub-goers are expected to down five million pints tonight in a £1.6billion Fab Friday for pubs and shops.

The biggest night out for six months will see 1.5million people sup five million pints and 500,000 bottles of wine at 20,000 pubs and 20,000 restaurants serving outdoors.

Humberside Police have said there will be “extra resources available” for police to deal with any “increased demand”.

The force’s Chief Superintendent Darren Downs said: “If there are breaches of the regulations then we will deal with them to make sure the public are safe but that will be our last resort.”

In Herefordshire, Shropshire and Worcestershire, Chief Inspector Jessica Loxley-Clark, said West Mercia Police will be conducting “high-visibility patrols where there has been increased footfall”.

And in Wales, Dyfed-Powys Police has urged people to “always have a Plan B”.

The force said: “If you arrive at your Plan A and feel the area is too busy, look to your second option.”

Primrose Hill is expected to be busy this weekendCredit: LNP 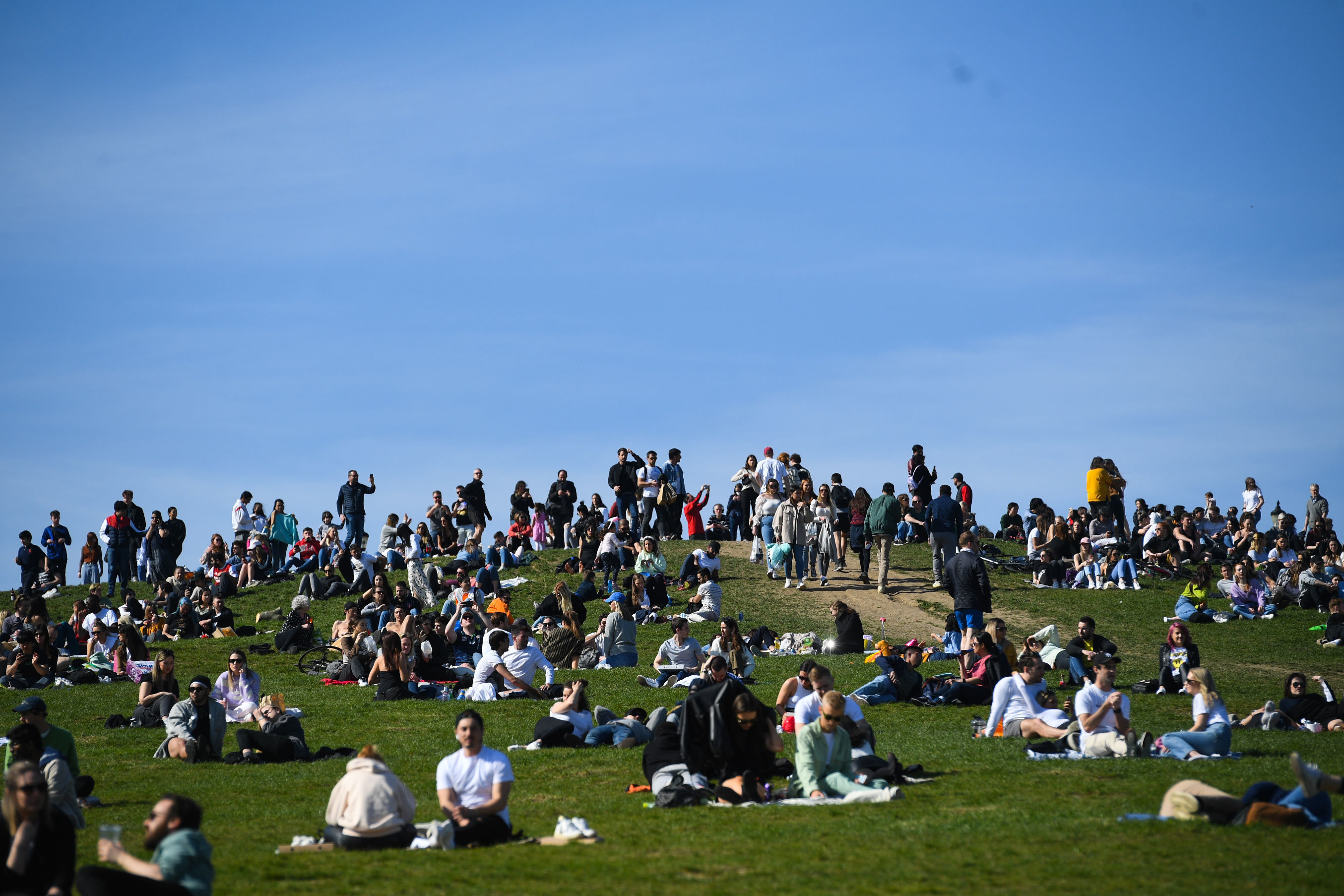 Officers have vowed to clamp down large gatheringsCredit: PA