BRITS applauded from their windows and doorsteps in the Clap for Heroes as the nation honoured NHS staff and those on the frontline in the battle against coronavirus.

The token of appreciation, formerly known as Clap for Carers, returned at 8pm tonight – days after England entered its third national lockdown. 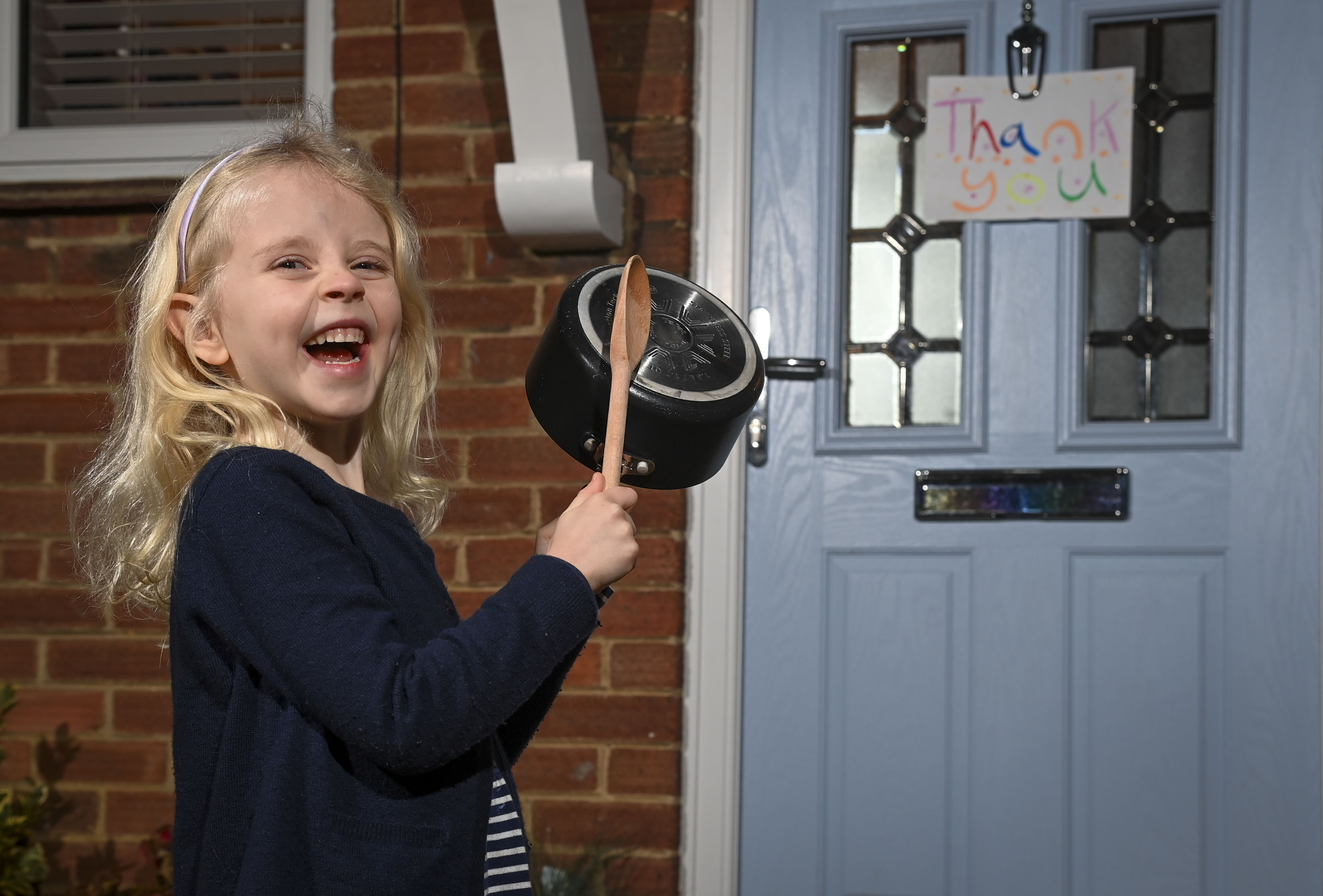 Brits banged pots and pans as they applauded NHS staff and key workers for 10 Thursdays during the spring lockdownCredit: Simon Jones – The Sun 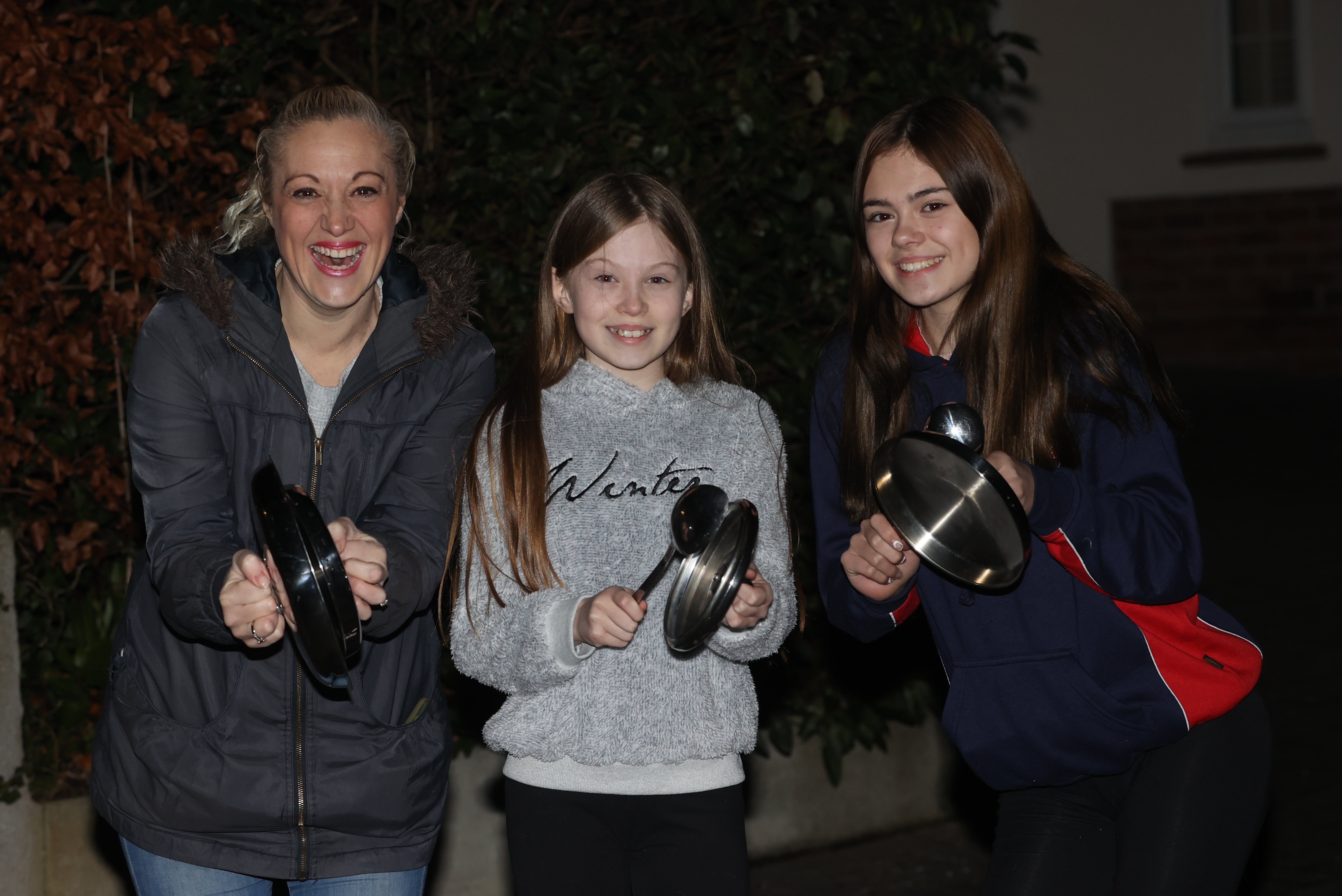 Residents in Tonbridge, Kent showed their appreciation to the NHSCredit: �2021 Stephen Lock / i-Images 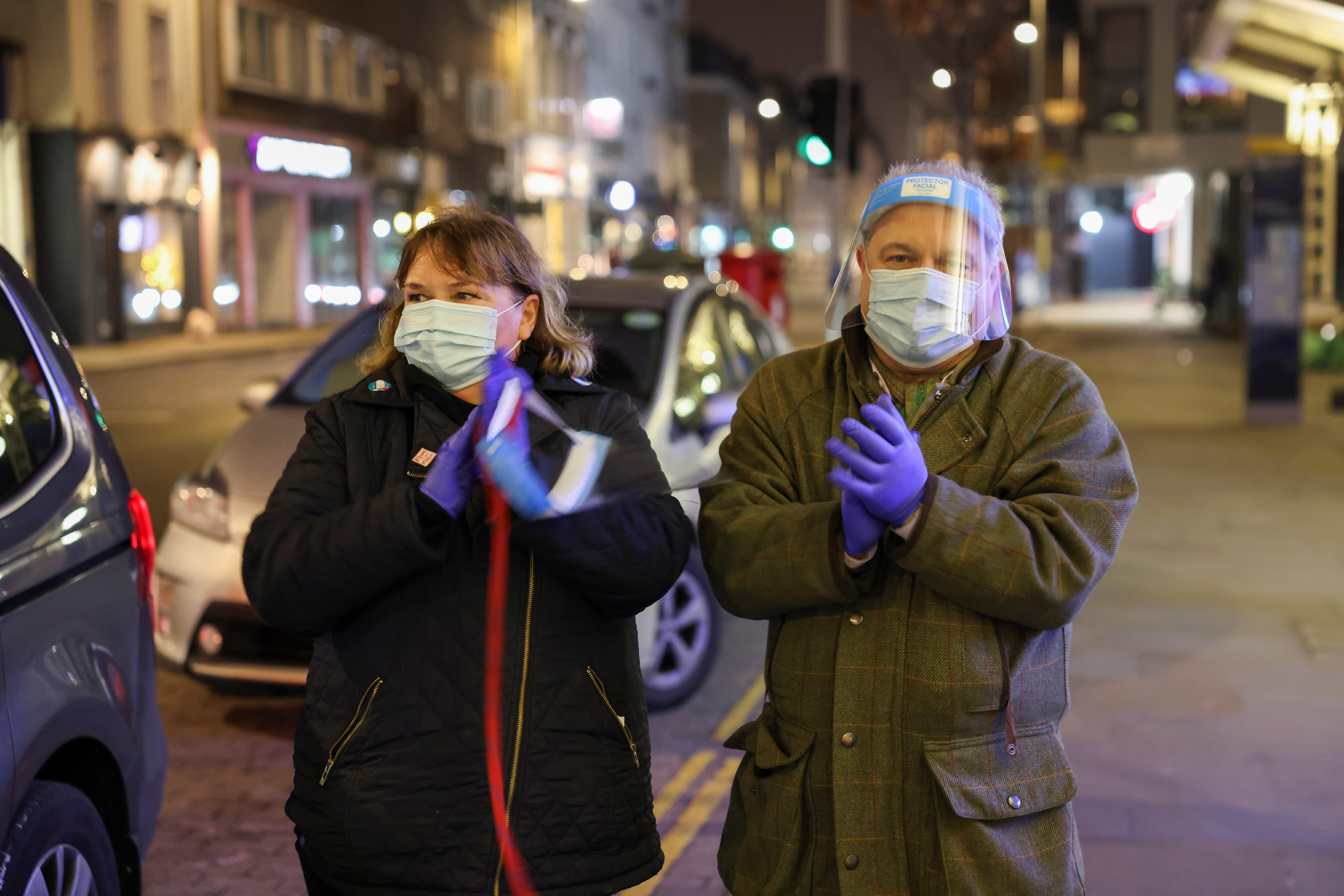 The clap every Thursday became a tradition during the first lockdown and Brits took to their windows, doorsteps and balconies once again to applaud the nation’s key workers.

The London Eye, the Shard were lit blue as the nation expressed their gratitude.

She said: “Thank you to everyone who continues to play a part to help others during the pandemic, from NHS staff and key workers to those helping friends and neighbours during this difficult time.”

Labour leader Sir Keir Starmer and his wife have been pictured clapping from their doorstep in north London.

Tottenham Hotspur thanked NHS staff as the club tweeted a video of the squad participating in the tribute.

Annemarie Plas, founder of the movement, said the clap was being brought back to recognise those who have “endured” the pandemic. 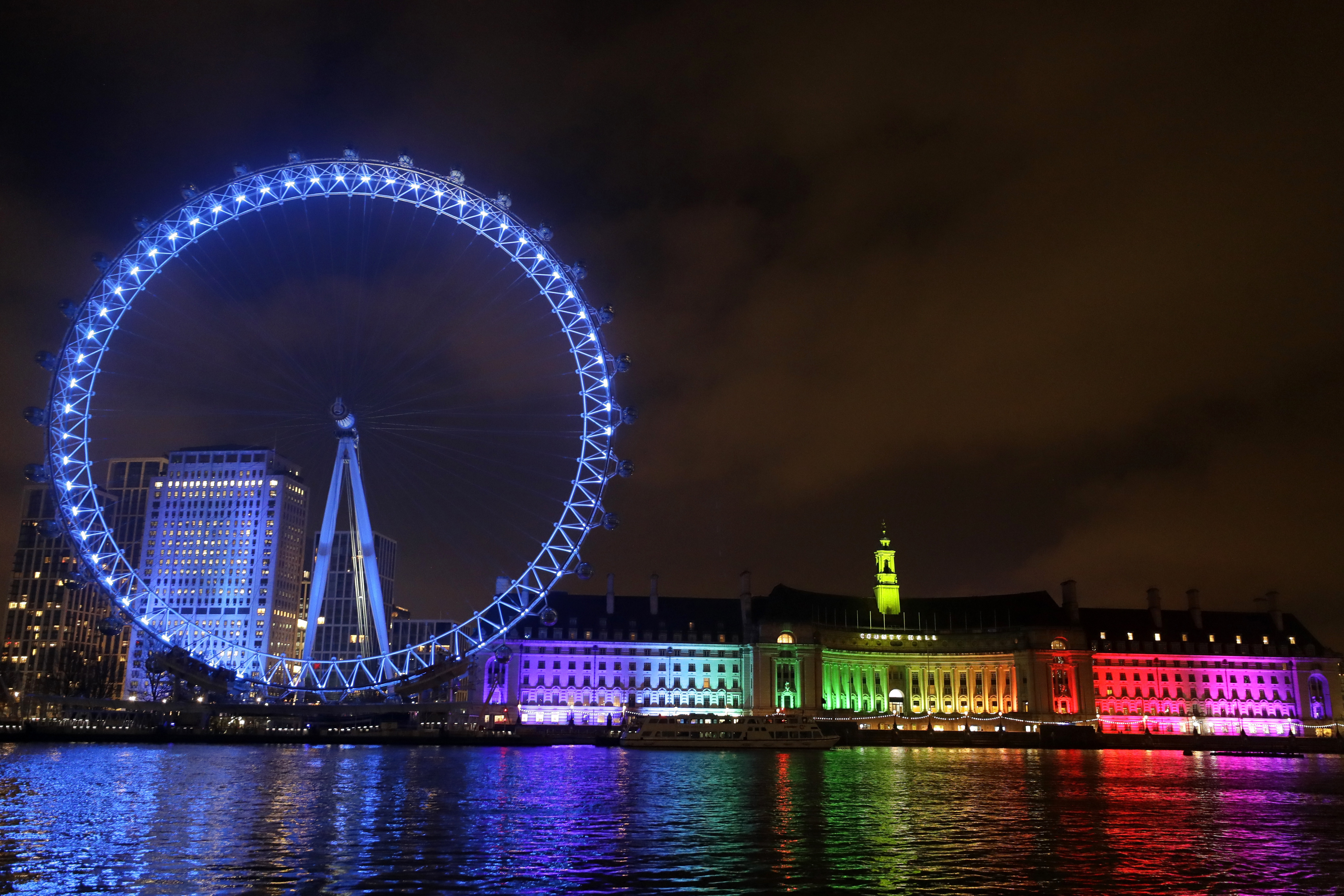 Landmarks across London were lit blue as the nation paid tribute to key workersCredit: AP:Associated Press 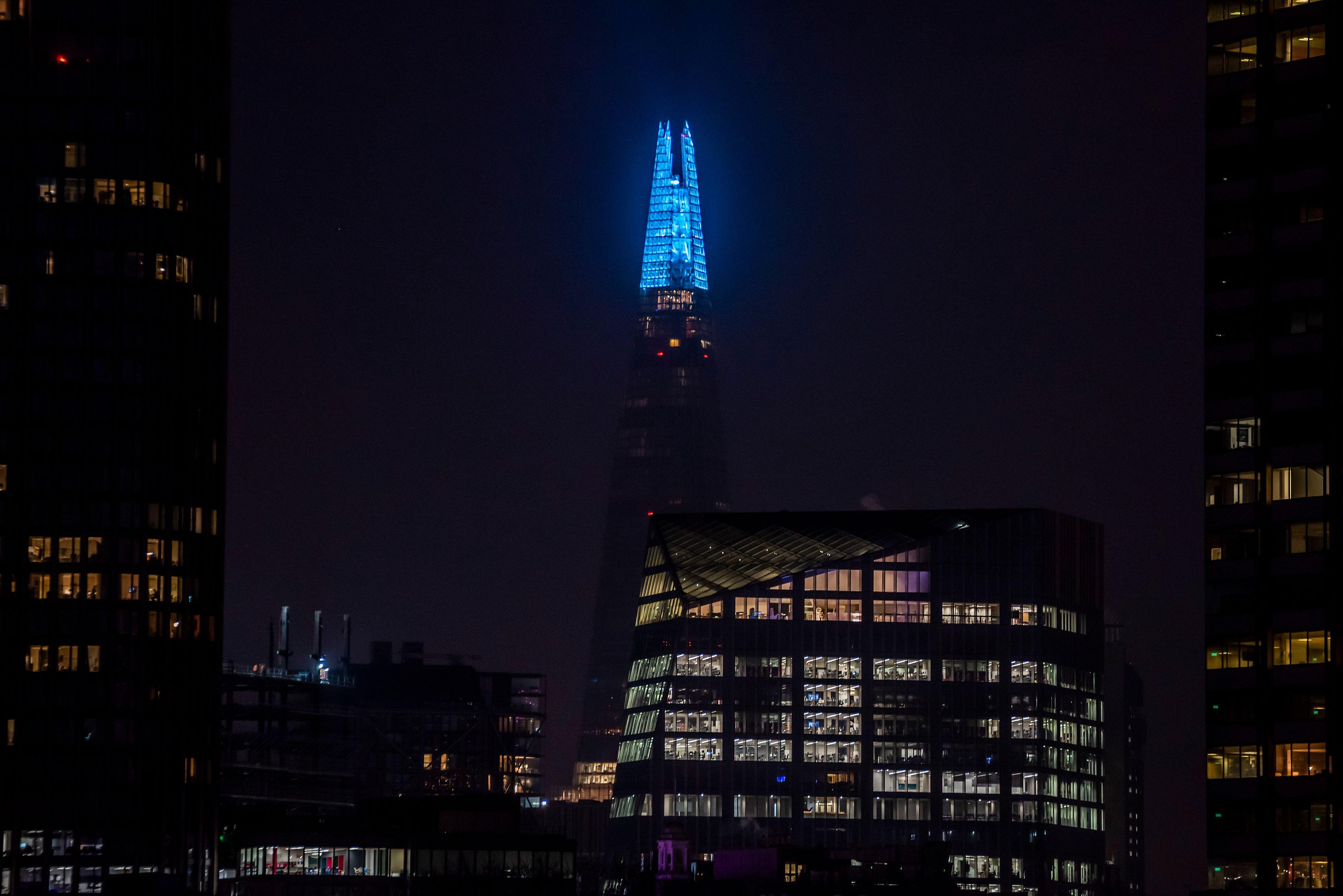 The tip of the Shard was lit blue as Brits took to their doorsteps for the first time since May to applaud NHS staff Credit: Alamy Live News 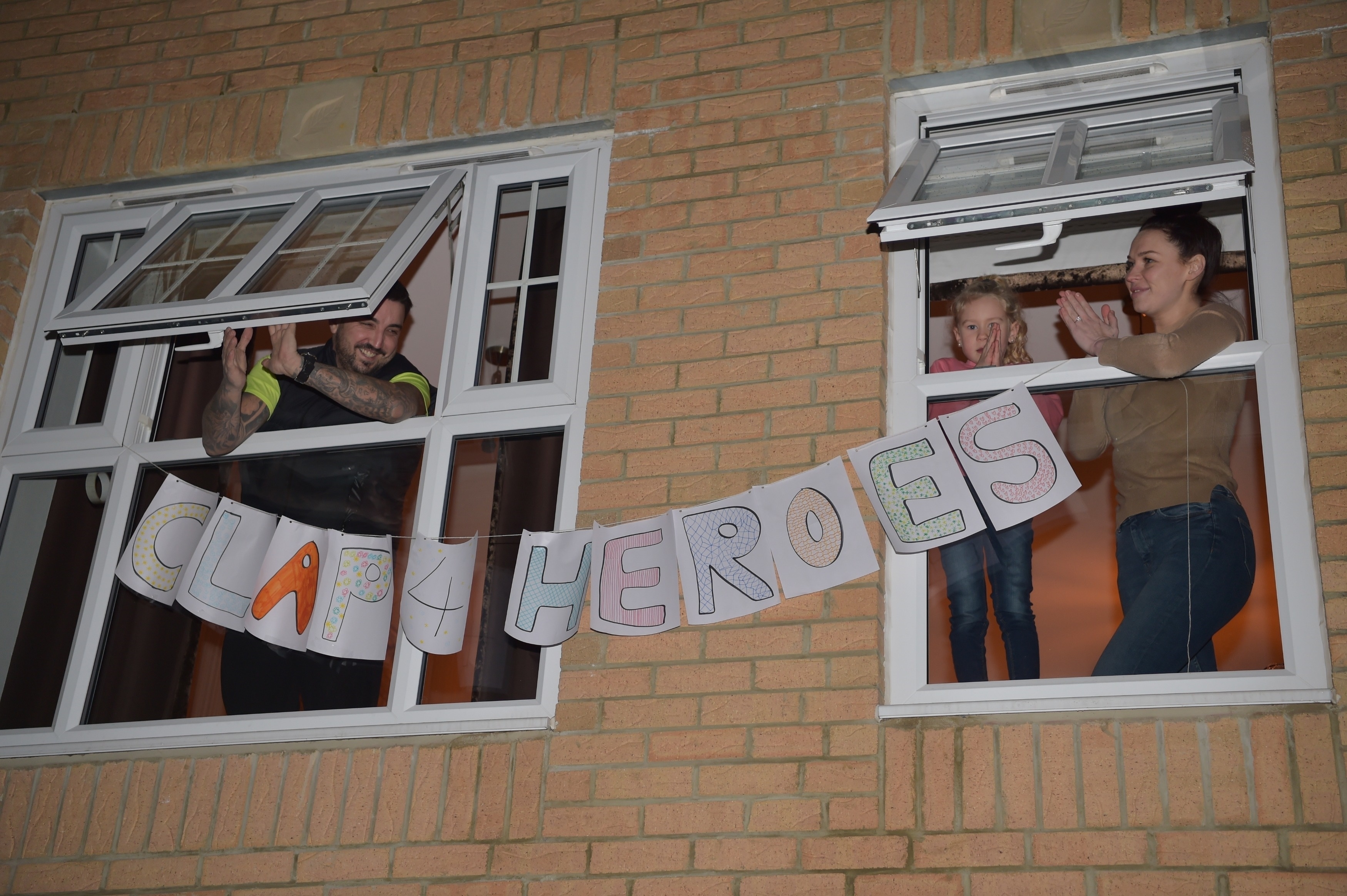 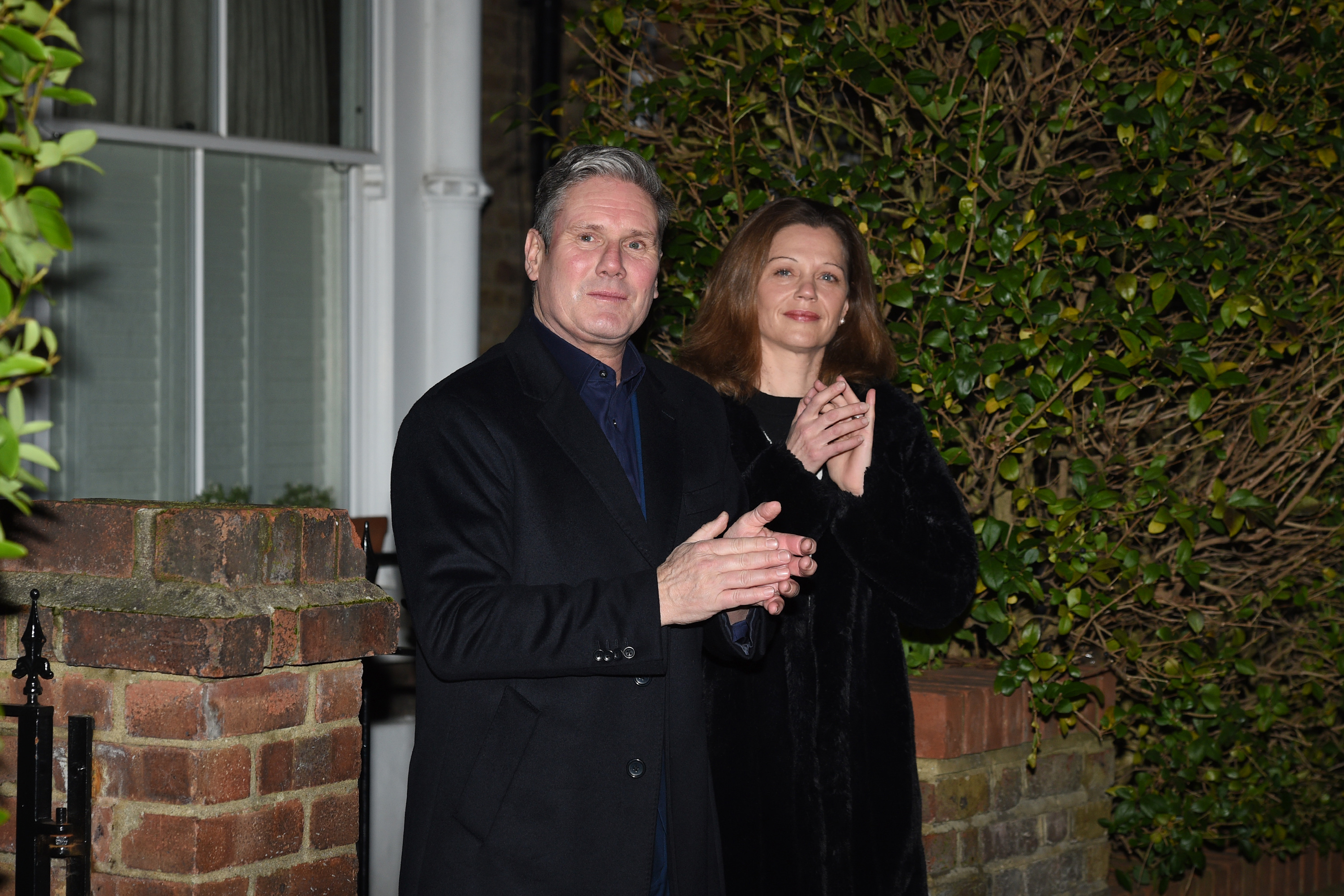 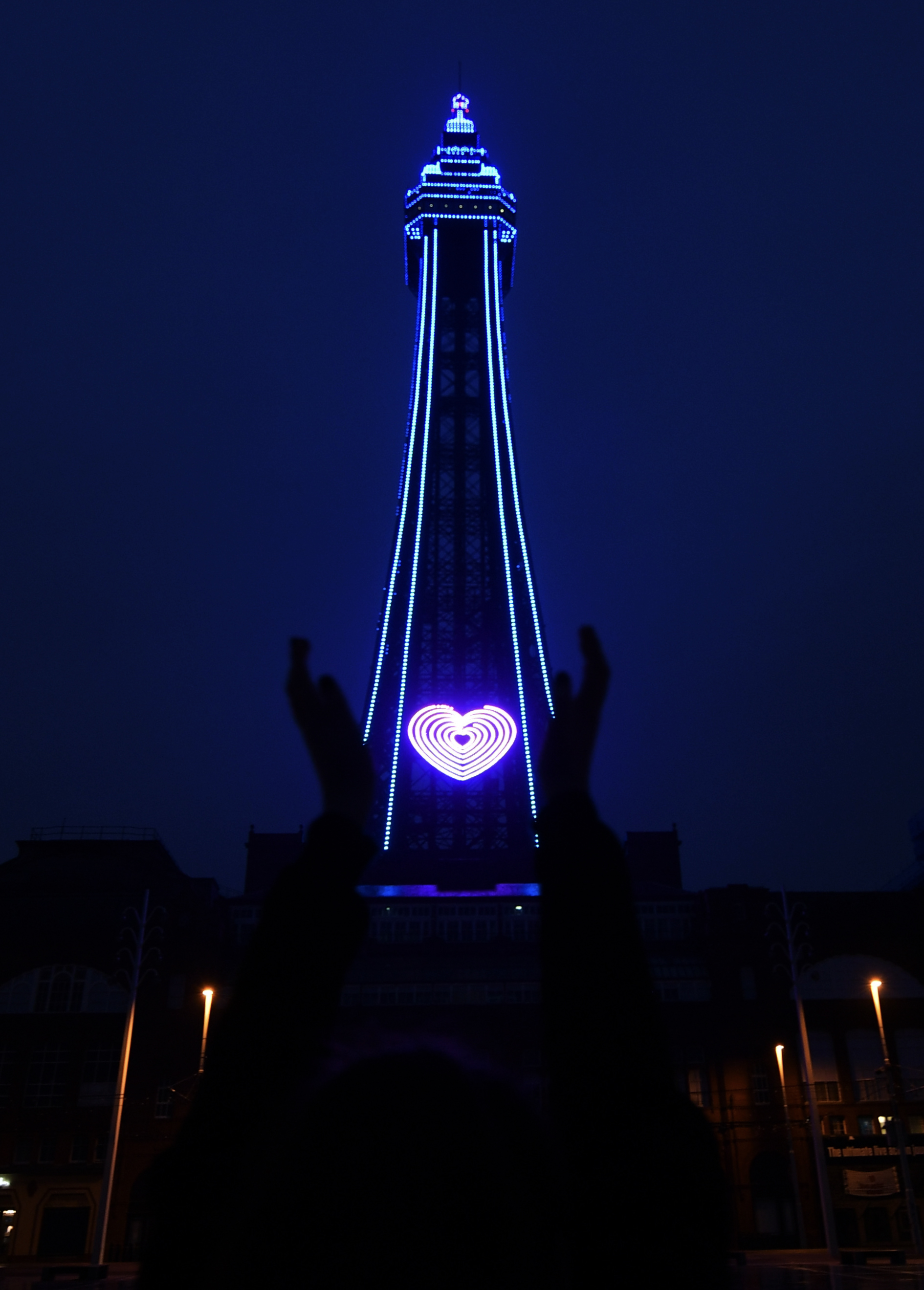 As well as frontline workers, the clap honours home-schoolers, neighbours, scientists, volunteers, those who wear masks when out, those who stay at home and socially distance, and brave shop workers.

She said: “When we first started clapping for our incredible NHS staff, care workers and key workers last March, none of us had any expectation that we would be in an even worse situation nine months later.

“Last year the weekly applause united communities and had us talking to our neighbours whilst we acknowledged the immense sacrifices our carers were making.

“They were and still are heroes, but this time round we also want to recognise all the other heroes that keep the country going and have endured such challenging times.

Last May, Annemarie admitted the “narrative [was] starting to change” around the “Clap for Carers” event and she pulled the plug before the clap became “negative”.

However, this time, she thinks the weekly event could boost the nation’s morale, even though she’s acknowledged that some Brits might not think it’s “appropriate”.

She said: “I fully acknowledge that things are now worse than ever and some people might not feel an applause is appropriate, but I also know how much it meant to millions of people last time, not just to our carers but to our neighbours and communities.

“We all need to stay connected and be there for each other and we all deserve a round of applause for what we have gone through and can expect from the coming months.” 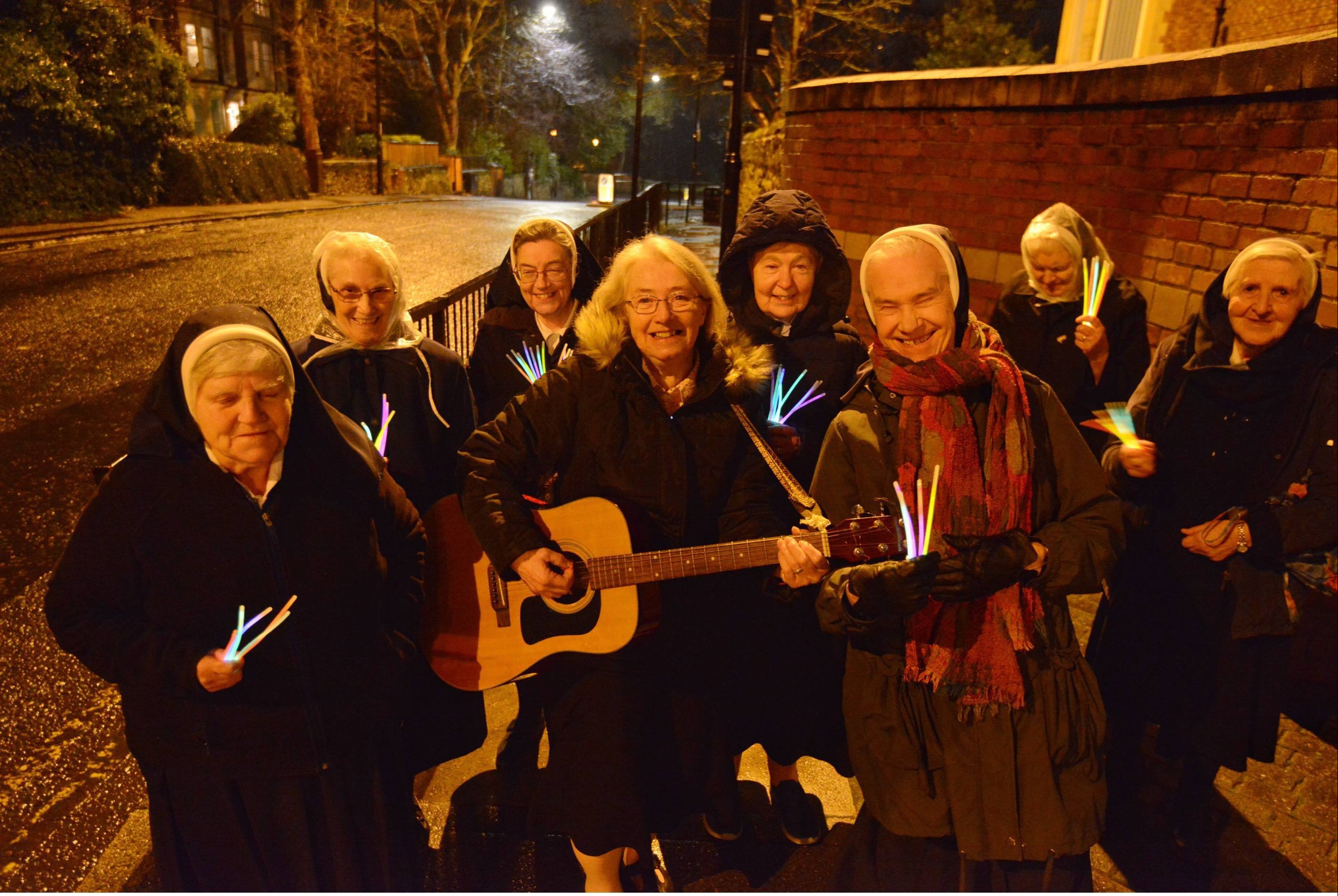 A gathering of nuns sang and played instruments in Sunderland Credit: North News and Pictures 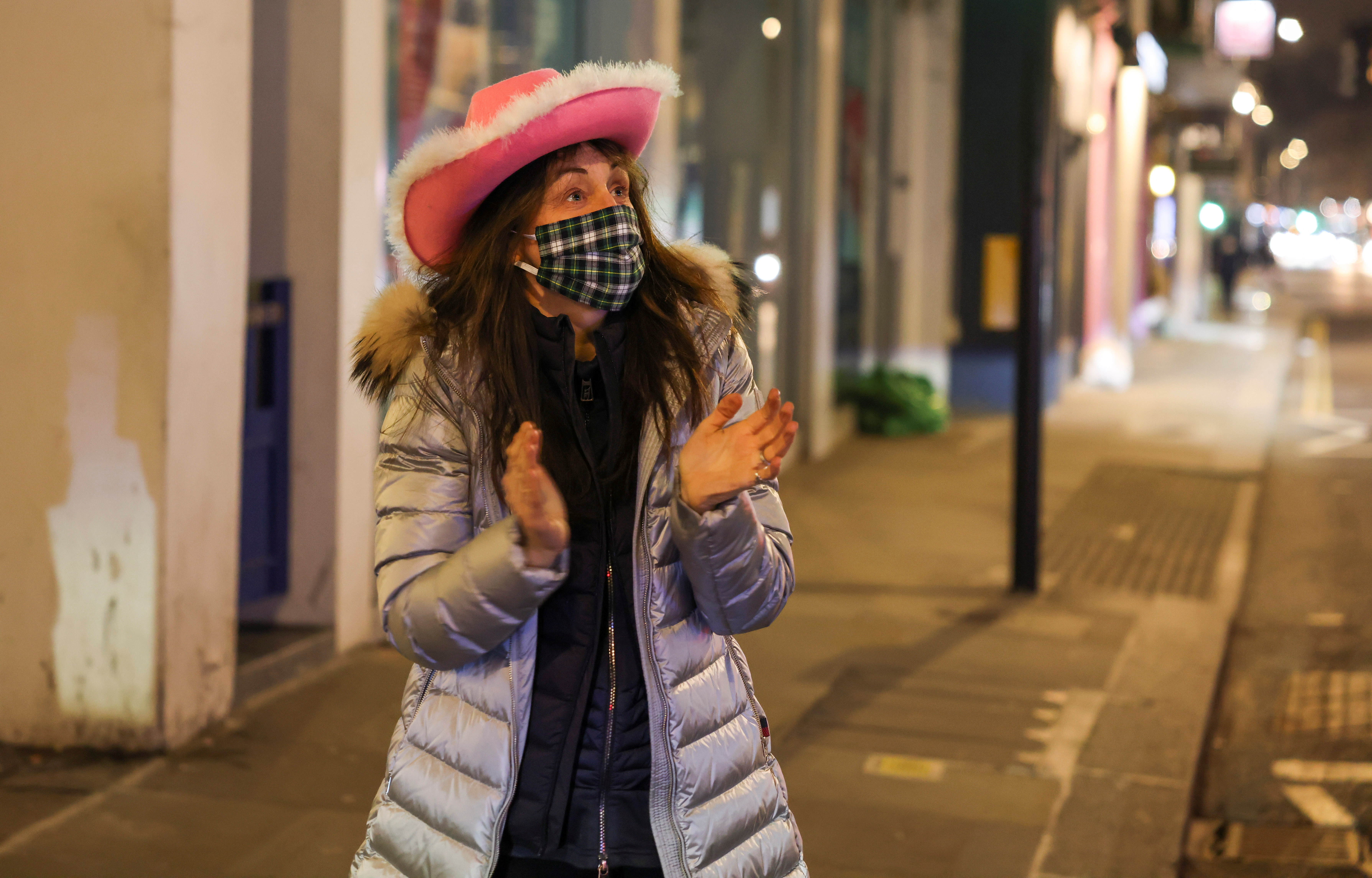 A woman clapping outside the Chelsea and Westminster hospital in London Credit: Reuters 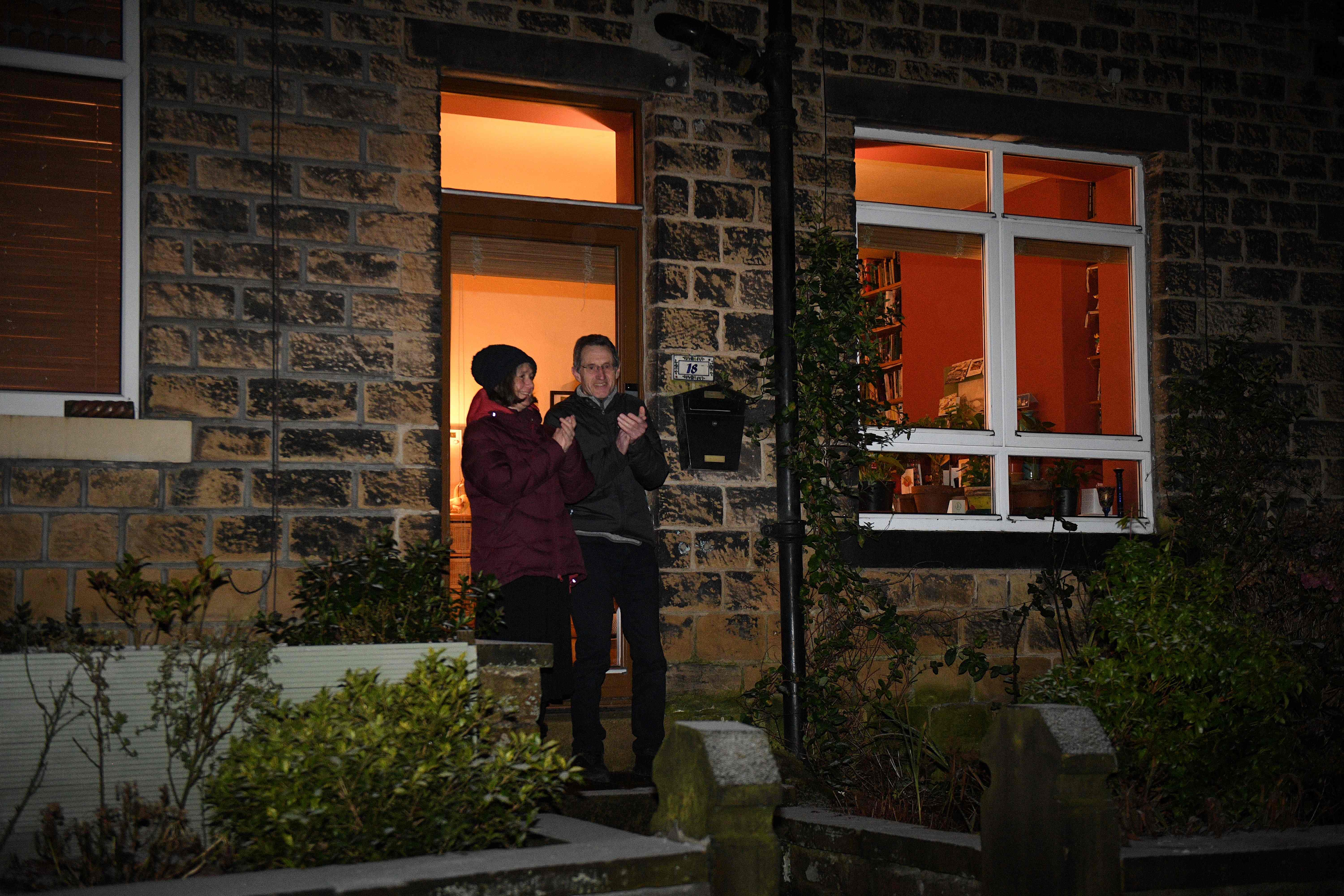 Families in Marsden, northern England, took to their doorsteps to clap the nation’s key workers Credit: AFP or licensors 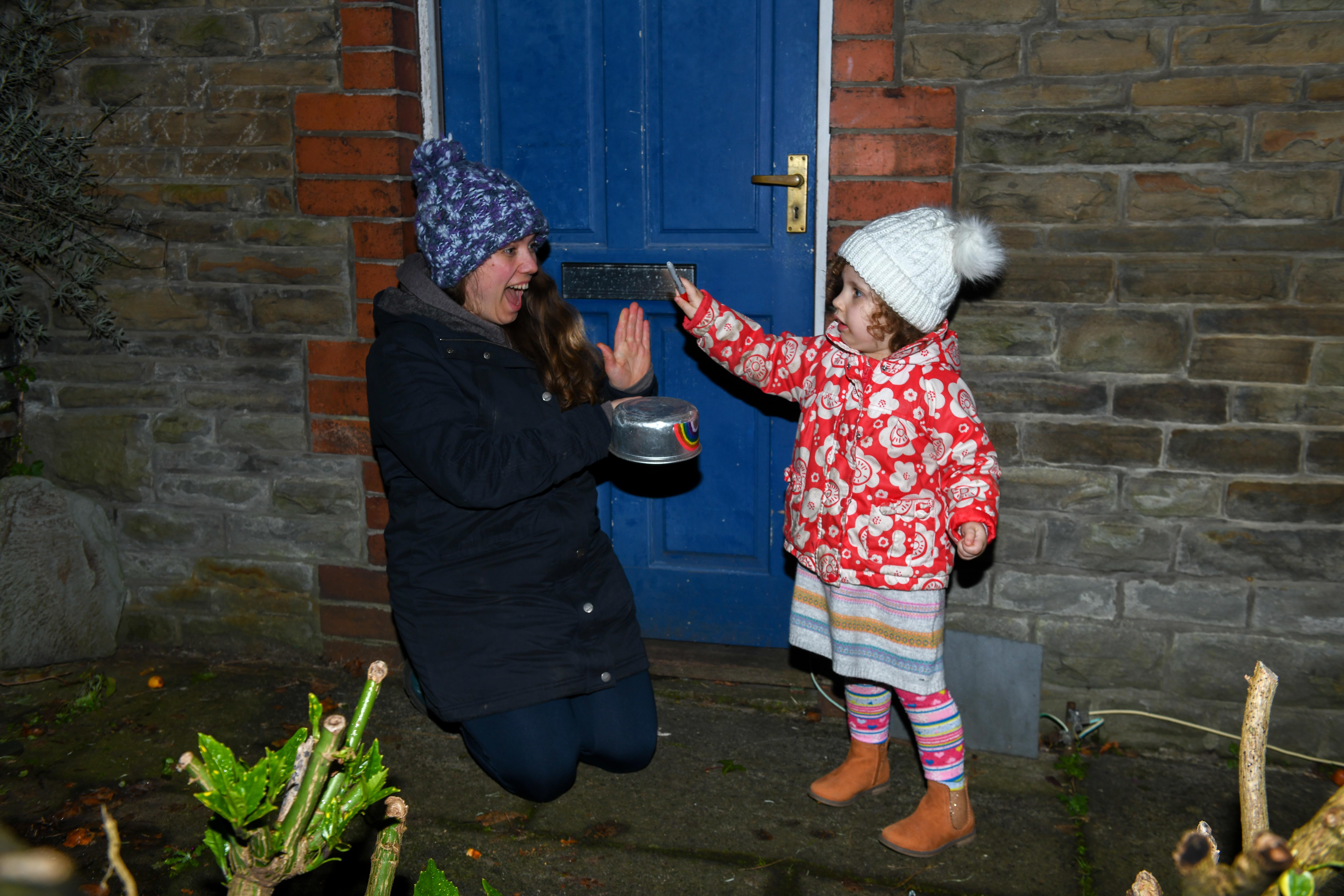 Three-year-old Lillian Joy and her mum Bethan showing their appreciation to carers in SwanseaCredit: Robert Melen