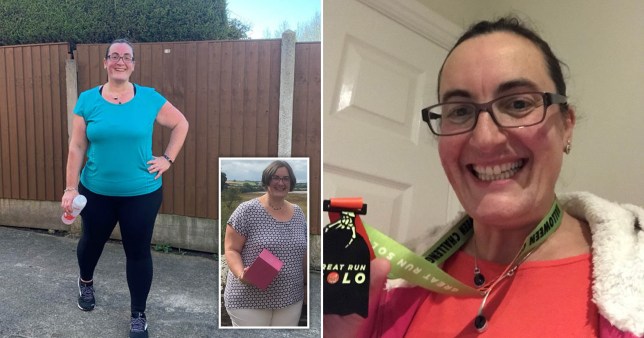 A woman who ate a family bag of chocolates every night has undergone an incredible weight loss transformation and is now set to run a half marathon.

Lisa Hodson would frequently munch on biscuits and snacks on-the-go and eat the same portion sizes as her 5ft 10 runner husband.

At her heaviest, Lisa weighed 20st 6lbs – but a photograph of herself at her husband’s birthday made the Blackpool-based schoolteacher realise she wanted to change her lifestyle.

She said: ‘It all started on my husband’s 50th birthday.

‘I had hardly any photographs taken of me because I didn’t like how I looked, and I wouldn’t let people take full-length photographs of me ever.

‘I had a photograph taken with him cutting the cake and I absolutely hated how I looked. I just thought “I look awful.”

‘My next big birthday is 50 and I didn’t want to still be feeling like this then.

‘Mentally I wasn’t in the best place either – I was in a very stressful job.’ 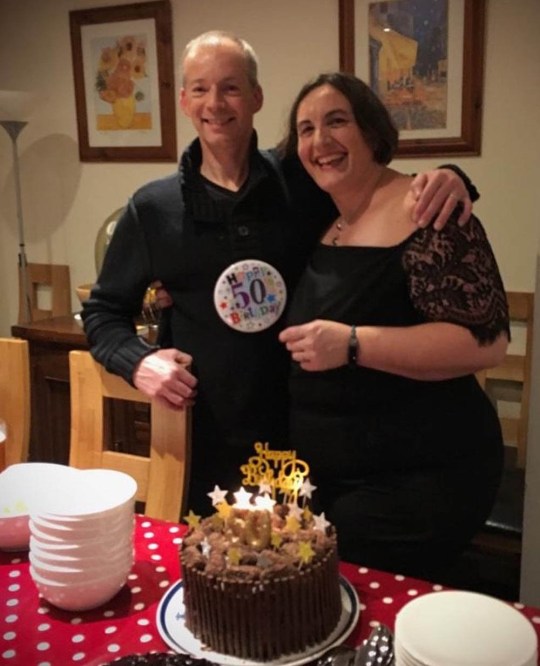 She weighed 20 stone at her heaviest (Picture: PA Real Life)

Lisa, who is a mum to 11-year-old Amy, waited until after Christmas to start her weight loss journey. She began by changing her job and downloading a £7.99 hypnosis app.

Lisa explains that before her weight loss, she would usually skip breakfast – but this led to her snacking on biscuits, cereal bars or cakes later in the day.

She says: ‘It was really detrimental, actually, because I would sit and I would munch my way through 10 biscuits at 11am, so I wouldn’t be hungry at lunchtime and wouldn’t eat properly again.

‘And then I was really, really bad, eating a sandwich after school before another massive meal.

‘I used to be really into fresh bread. I would eat four slices in a sitting with loads of butter and huge chunks of ham and cheese.

‘I could eat half a loaf of bread, or quite happily munch through a whole baguette.

‘I used to shovel it down, because I was always busy and always on the run – but never literally.’ 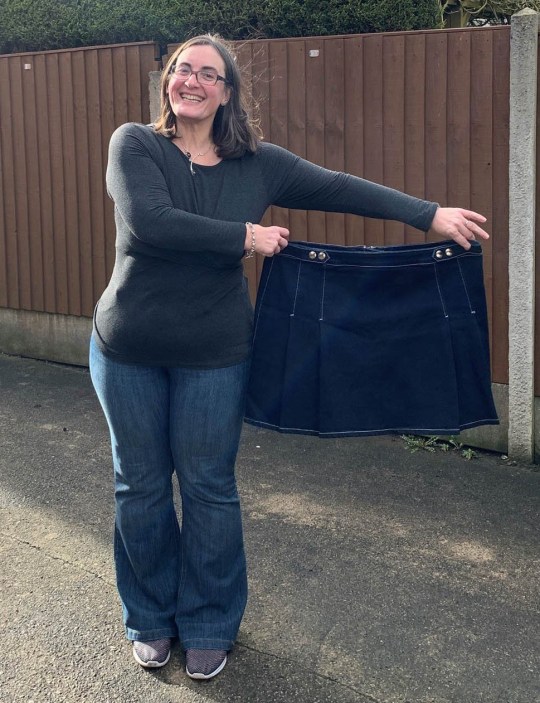 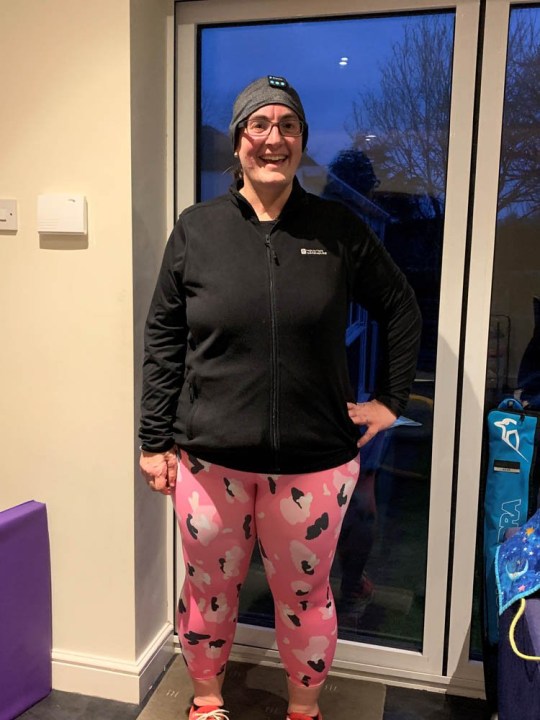 She also previously turned to food when she wasn’t feeling happy, which created a vicious cycle.

But since using her hypnosis app, Lisa has changed her habits and has learned to eat intuitively instead of binging.

Her breakfasts now consist of porridge or yoghurt with fruit and the occasional crumpet.

She added: ‘Now I eat more slowly, I’m more conscious of what I’m putting in my mouth and I don’t eat for the sake of eating anymore.

‘It’s not unusual for me to leave things on my plate now which, when I was growing up, we didn’t do.

‘I’m in a position now where I just think “I’ve had plenty to eat, I’ve refuelled my body, I don’t need any more” and if I get hungry later I can have a bit more.’ 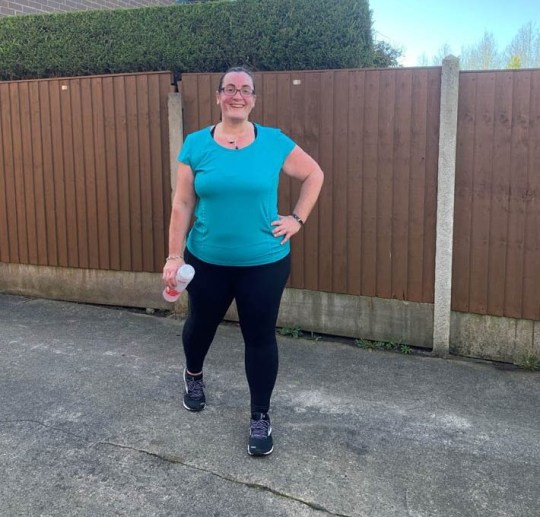 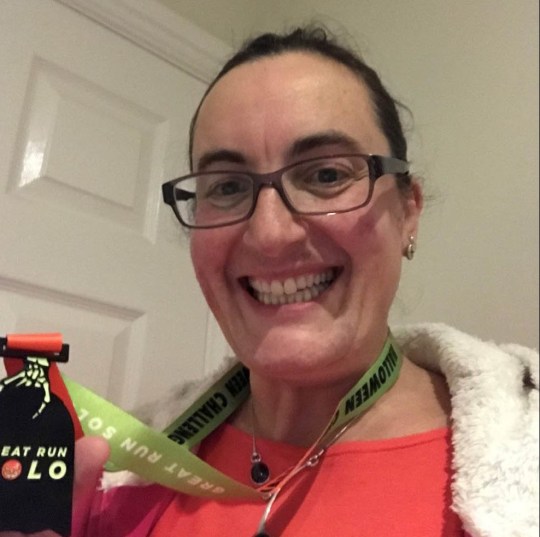 She plans to run the London half marathon in August (Picture: PA Real Life)

Lisa has also started running, which has helped her shift the pounds, and is set to run the London half-marathon in August.

She said: ‘Looking back, the way I used to shovel food in, it was almost like self-harm with food.

‘It’s nice to know I don’t have to eat it all in one go and stop treating my body as a bin.

‘And it’s amazing to feel like I can finally be a healthy role model for my daughter and be a bigger part of her life as she’s growing up.’