The footage is accompanied by laughter soundtrack and claims to show people in Shijiazhuang, the capital of northern Hebei province walking stiff-legged. 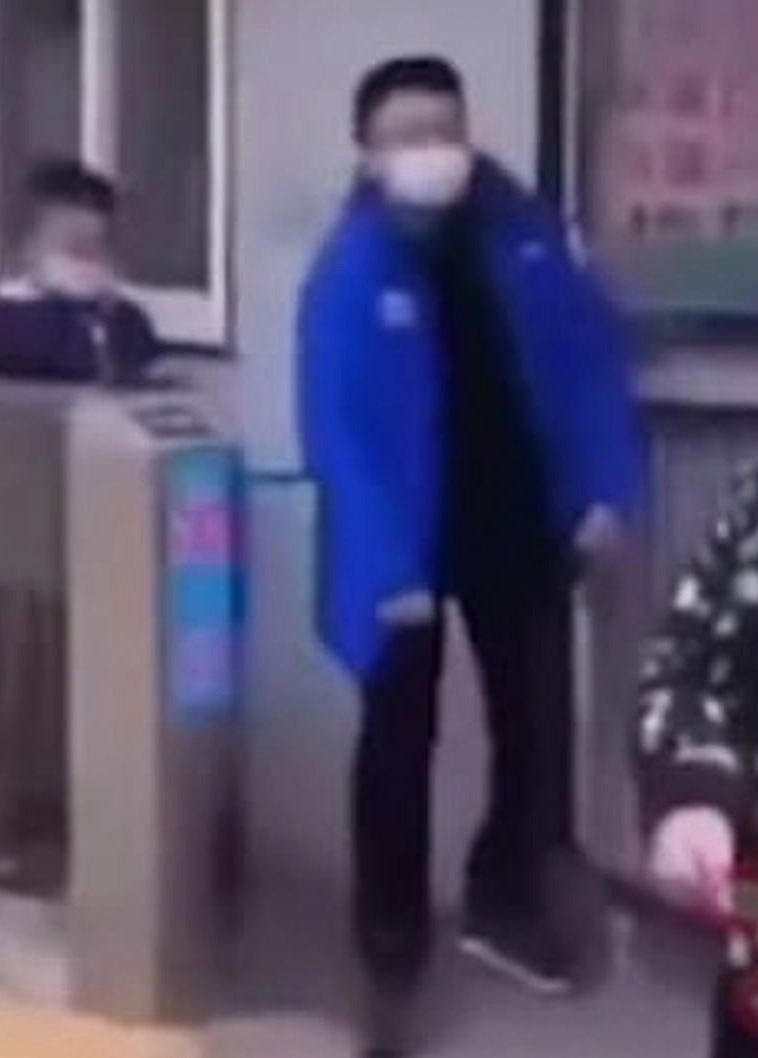 Video claims to show this mad waddling after a testCredit: Weibo 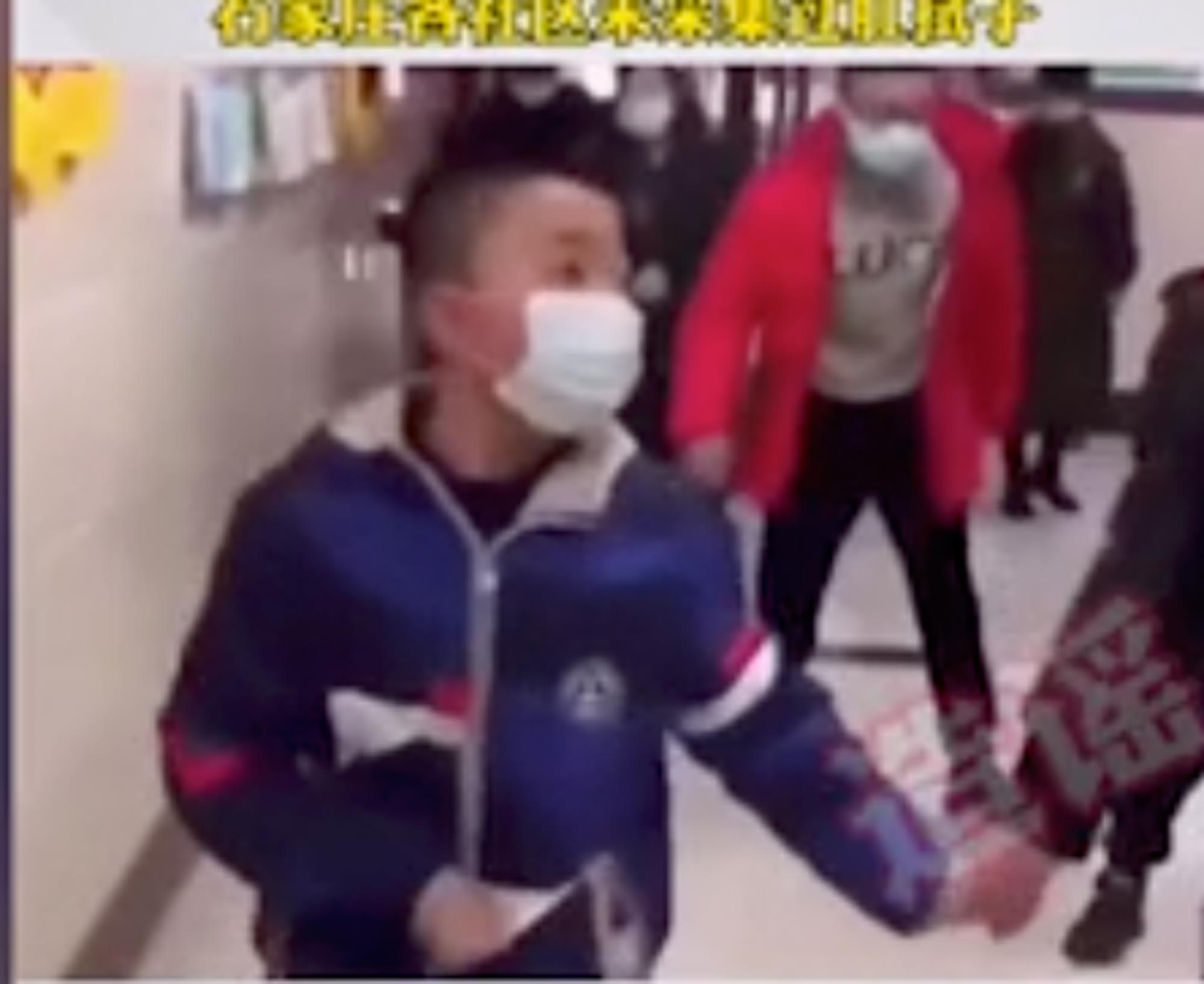 These two boys also feature in the video Credit: Weibo

But social media users and travellers have been squirming over the invasive procedure which doctors say can be more effective in detecting the virus.

That’s led to an outburst of memes including the clip showing people waddling.

The footage been viewed millions of times on various Chinese social media platforms but has fallen foul of internet censors.

The state-run Global Times newspaper has said the Shijiazhuang Internet Report Center claims the viral video was edited and doctored.

Pictures later released had the words “hearsay” stamped on them by the center.

Local authorities have said say specimens collected in the area were oral or nasal swabs. 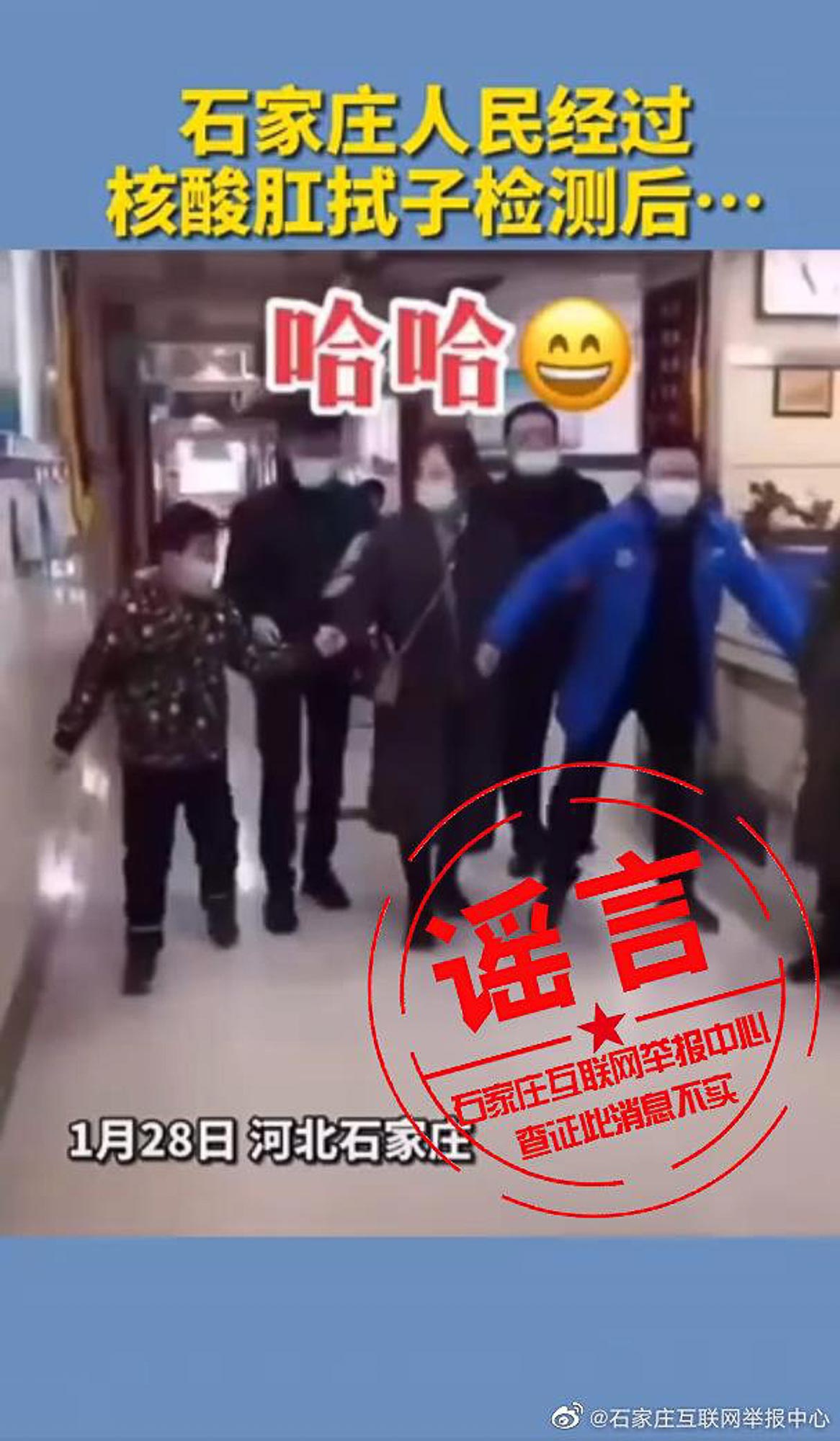 The footage has been slammed as fake by the local authorities Credit: Weibo

Small, localized Covid outbreaks in recent weeks have seen multiple cities in northern China sealed off from the rest of the country.

That’s prompted mass testing campaigns, which up until now have mostly been conducted using throat and nose swabs.

Users of China’s popular Twitter-like Weibo social media platform reacted to the method with a mix of amusement and horror.

“So lucky I returned to China earlier,” one user wrote. 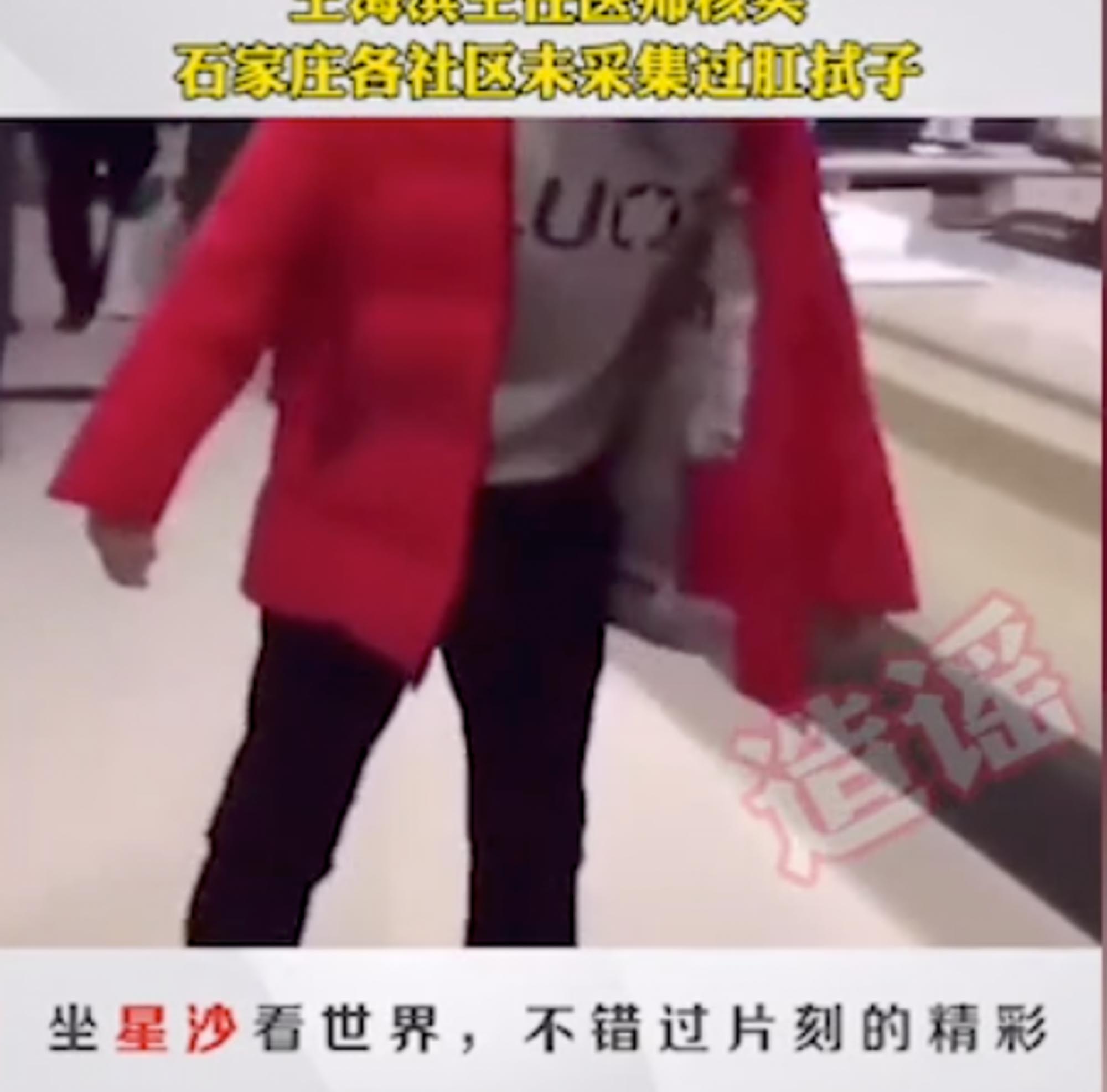 Chinese social media has been filled with dark humour about the testsCredit: Weibo

Others who had undergone the procedure chimed in with dark humour.

As cases rise around the world, China has imposed stricter requirements on international arrivals in an effort to keep domestic transmission close to zero.

All arrivals into the country must have multiple negative test results and quarantine for at least 14 days in a designated hotel on arrival.

Many cities and regions have also imposed additional requirements to isolate at home.

Tributes to dad, 20, killed in crash who was ‘full of sunshine’ as man, 45, arrested on suspicion of drink driving