POLICE on horseback charged a huge crowd of people in Brussels as a ‘fake music festival’ April Fool’s Day prank descended into chaos this afternoon.

Riot cops were filmed spraying a water cannon to disperse the gathering in the Bois de Cambre park in the Belgian capital. 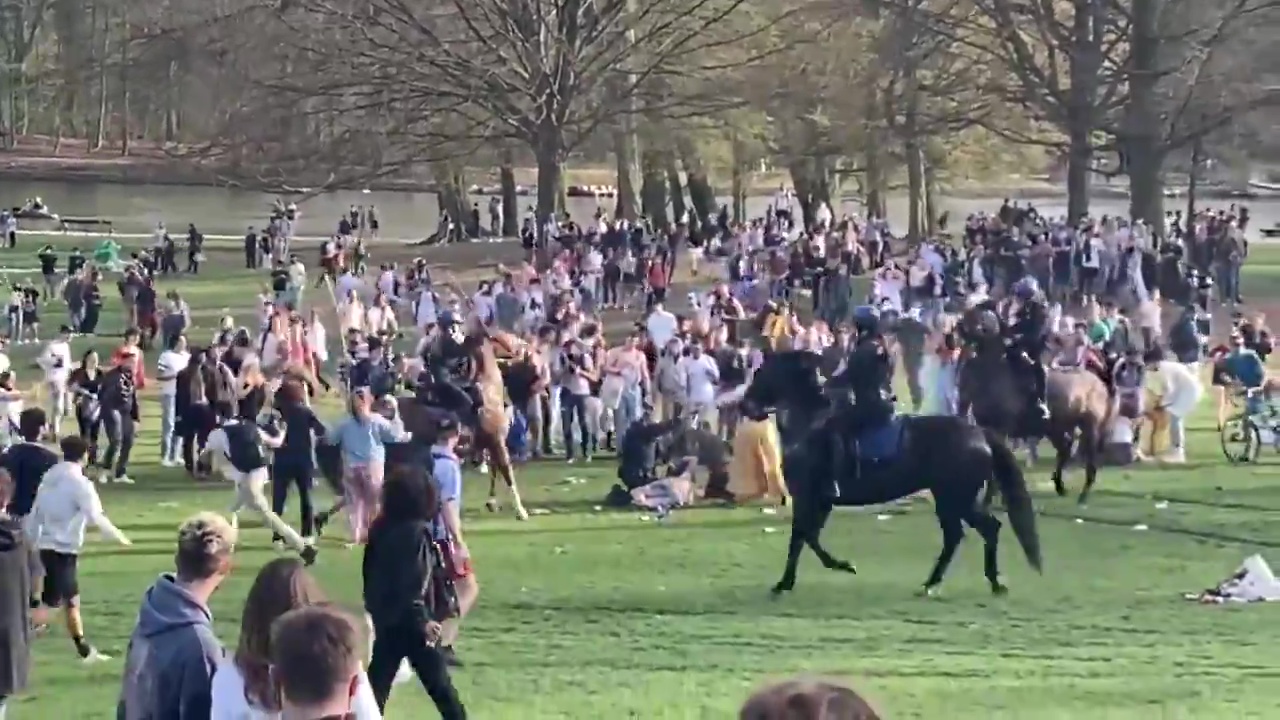 Footage shows riot police on horseback charging into a crowd of revellers in a Brussels parkCredit: Twitter / @Zanini_Andrea96 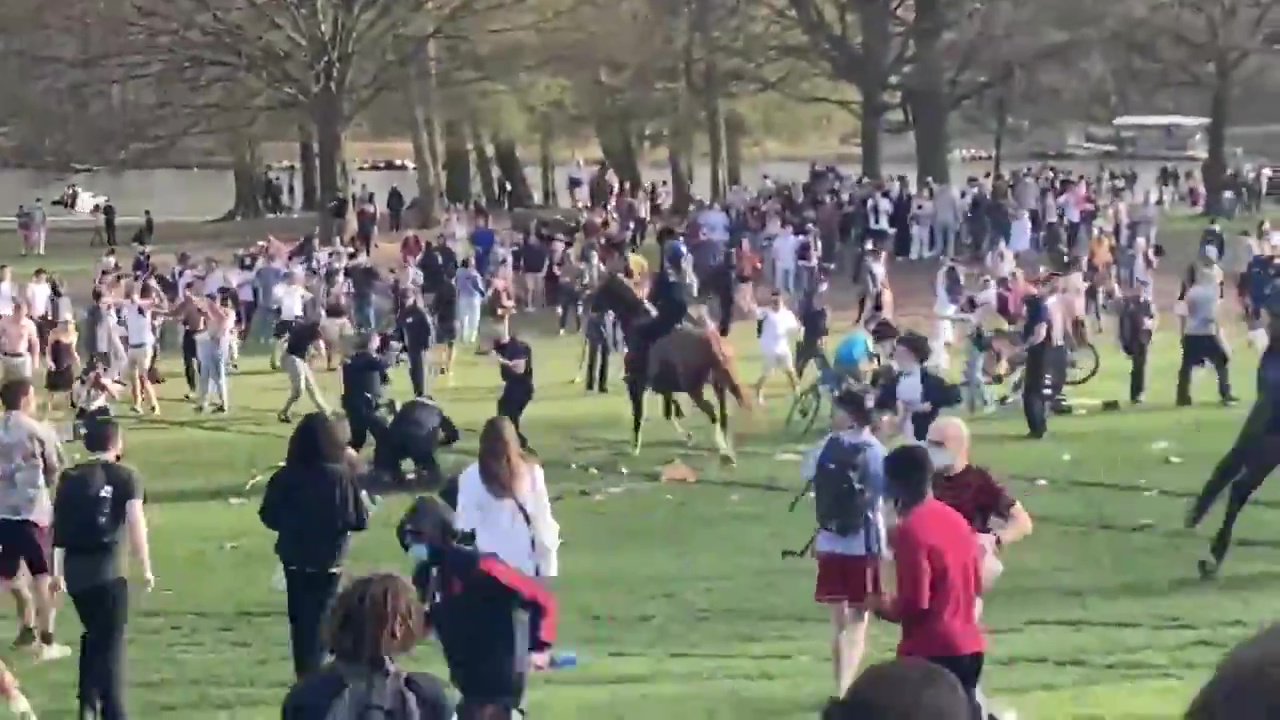 Many of the partygoers scream and flee the scene, though others stand their ground and are seen throwing bottles and other projectiles at the policeCredit: Twitter / @Zanini_Andrea96 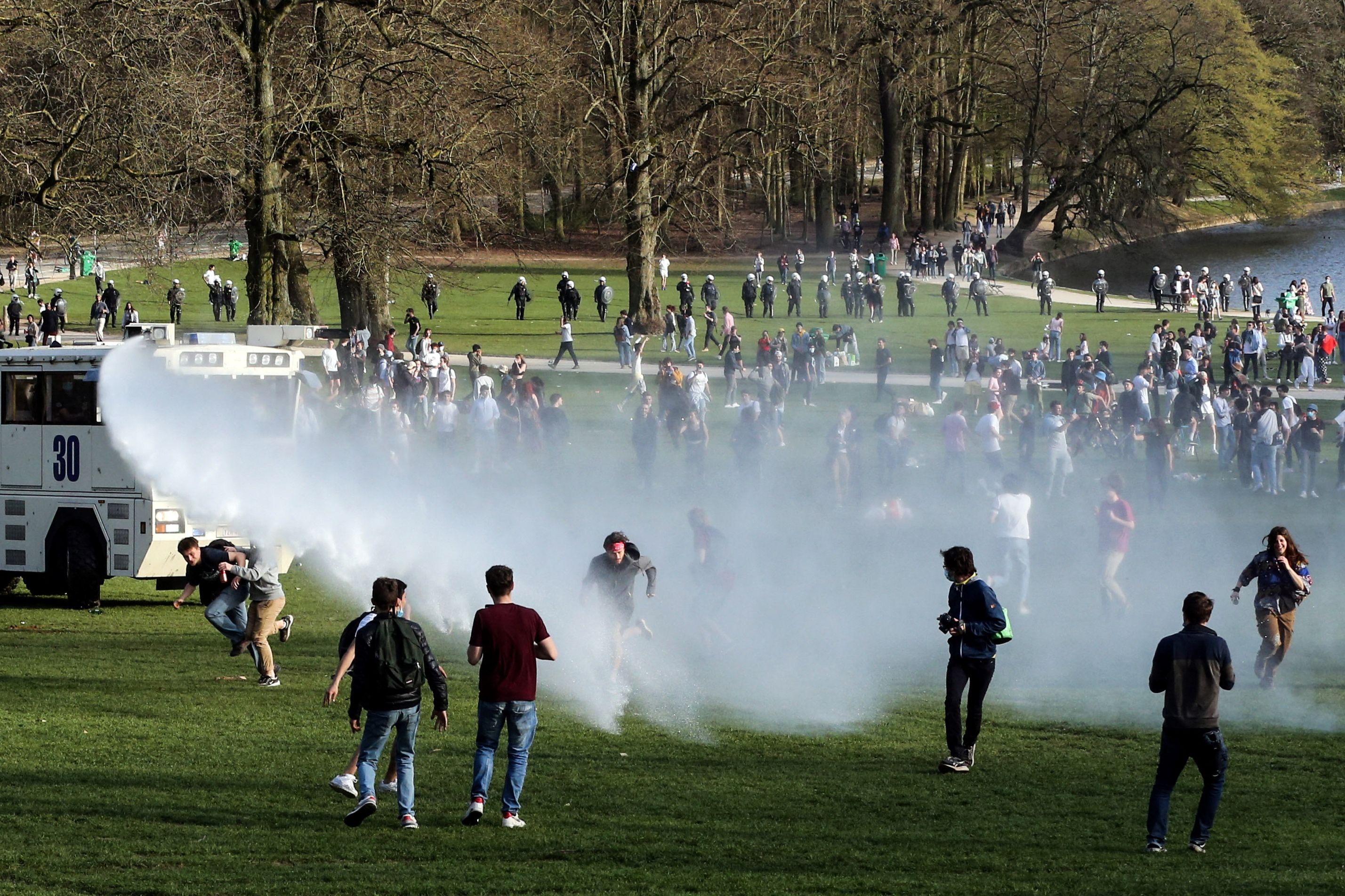 Cops were filmed spraying a water cannon to disperse the gathering in the Bois de Cambre park in the Belgian capitalCredit: AFP

Footage shows officers on horseback charge into a huge crowd of revellers as two cops pin a man to the floor in the centre of the crowd.

Many of the partygoers scream and flee the scene, though others stand their ground and are seen throwing bottles and other projectiles at the police.

Despite thousands of people pledging to attend the event on social media, the organisers of the party, dubbed ‘La Boum’, repeatedly insisted it was a joke.

Responding in a tweet, Brussels’ police force promised to clamp down hard on revellers, writing: “No authorisation has been given for a party and the police will be there with a reinforced presence.”

According to The Brussels Times, police remained at the scene at around 7.30pm and were still clearing the park. 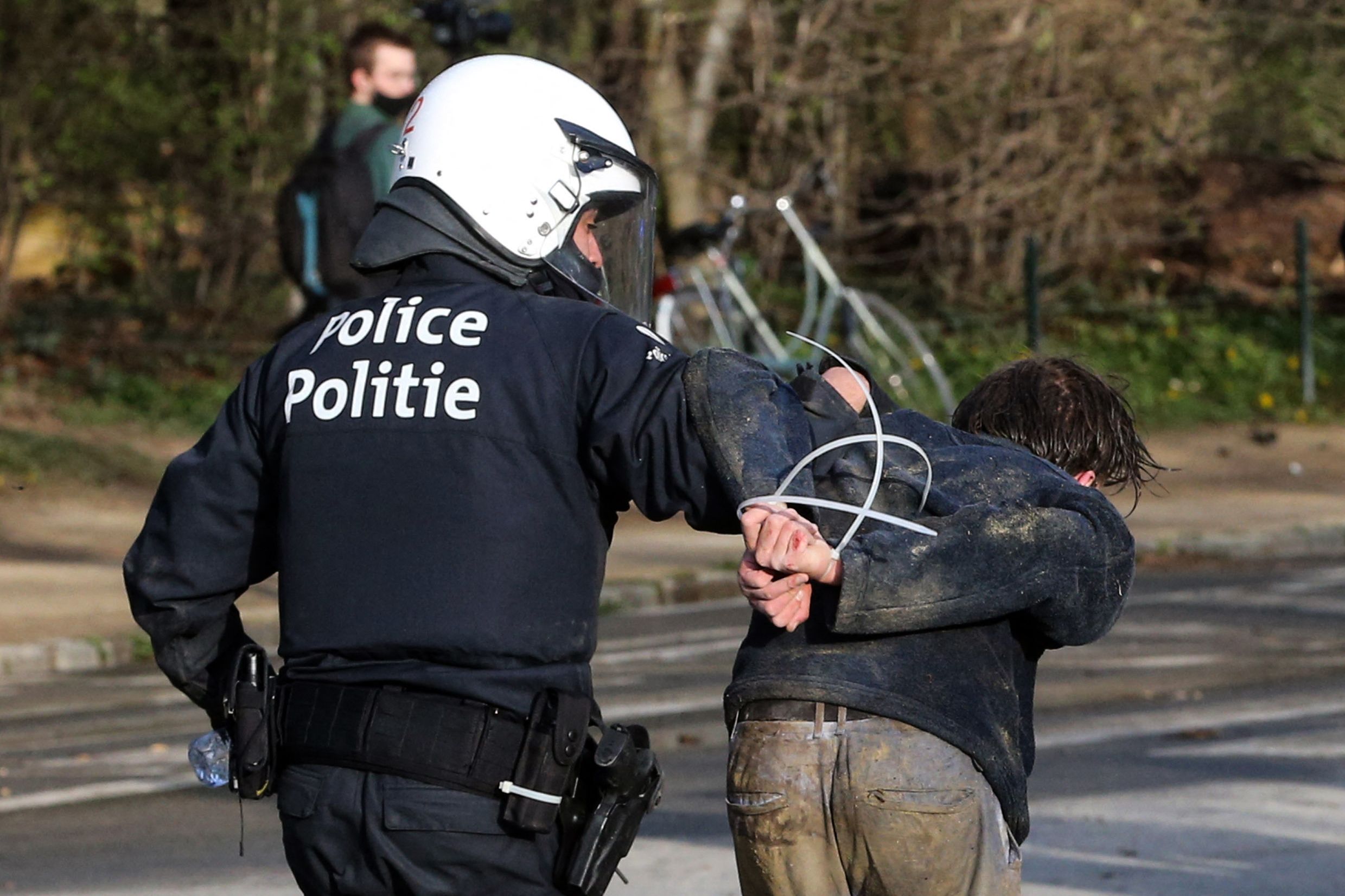 A riot cop detains a reveller at the parkCredit: AFP 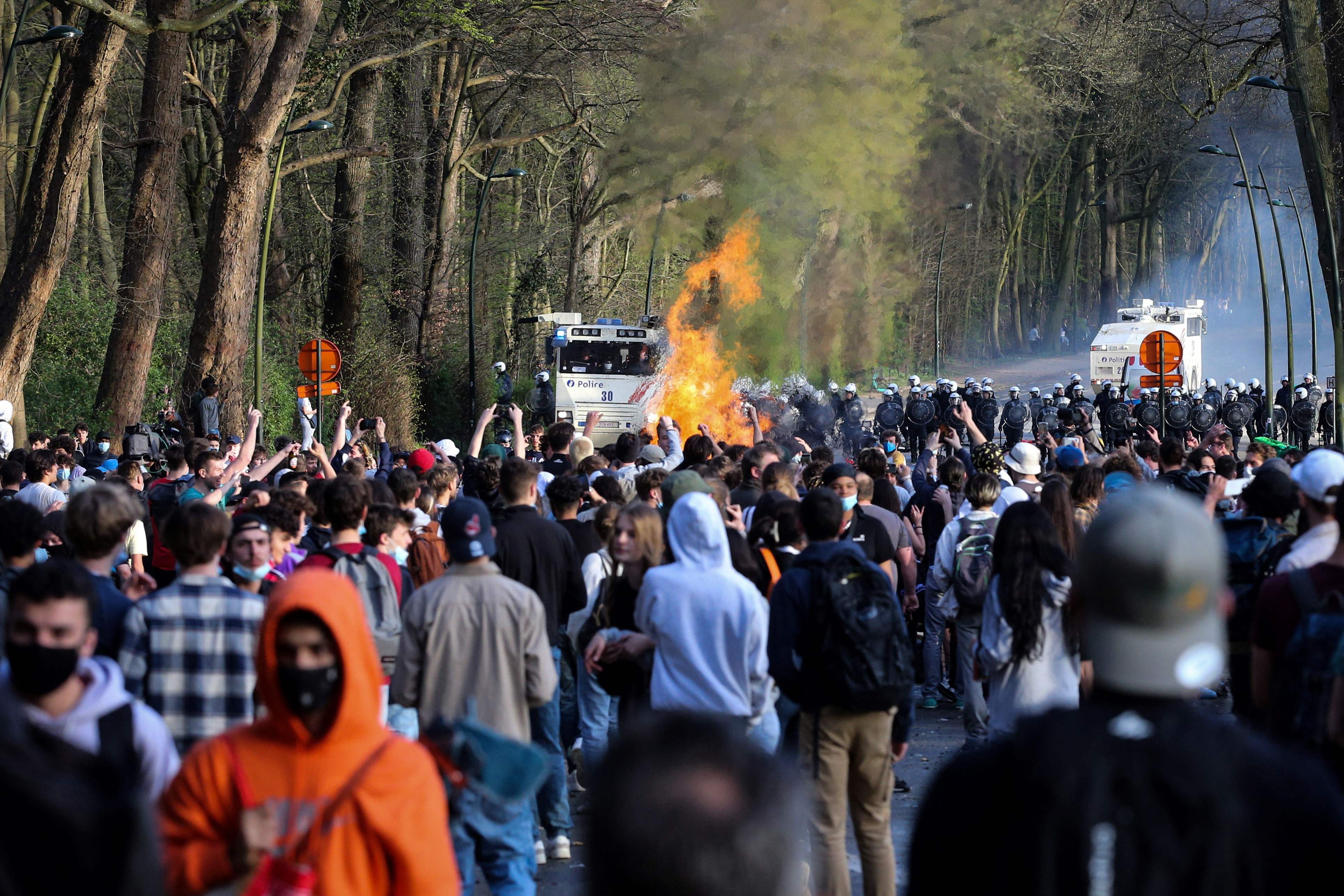 Thousands of people gathered in the park after a ‘fake concert’ post went viral on FacebookCredit: AFP

But the organisers of the party, dubbed “La Boum”, later claimed it had been moved to 2022.

They wrote: “The Boum has moved. Once again, we had you.”

It comes just days after Belgium imposed another national lockdown to curb a surge in coronavirus cases.

The government has closed schools as part of the shutdown, while access to non-essential shops has been limited and outdoor gatherings restricted to a maximum of four people. 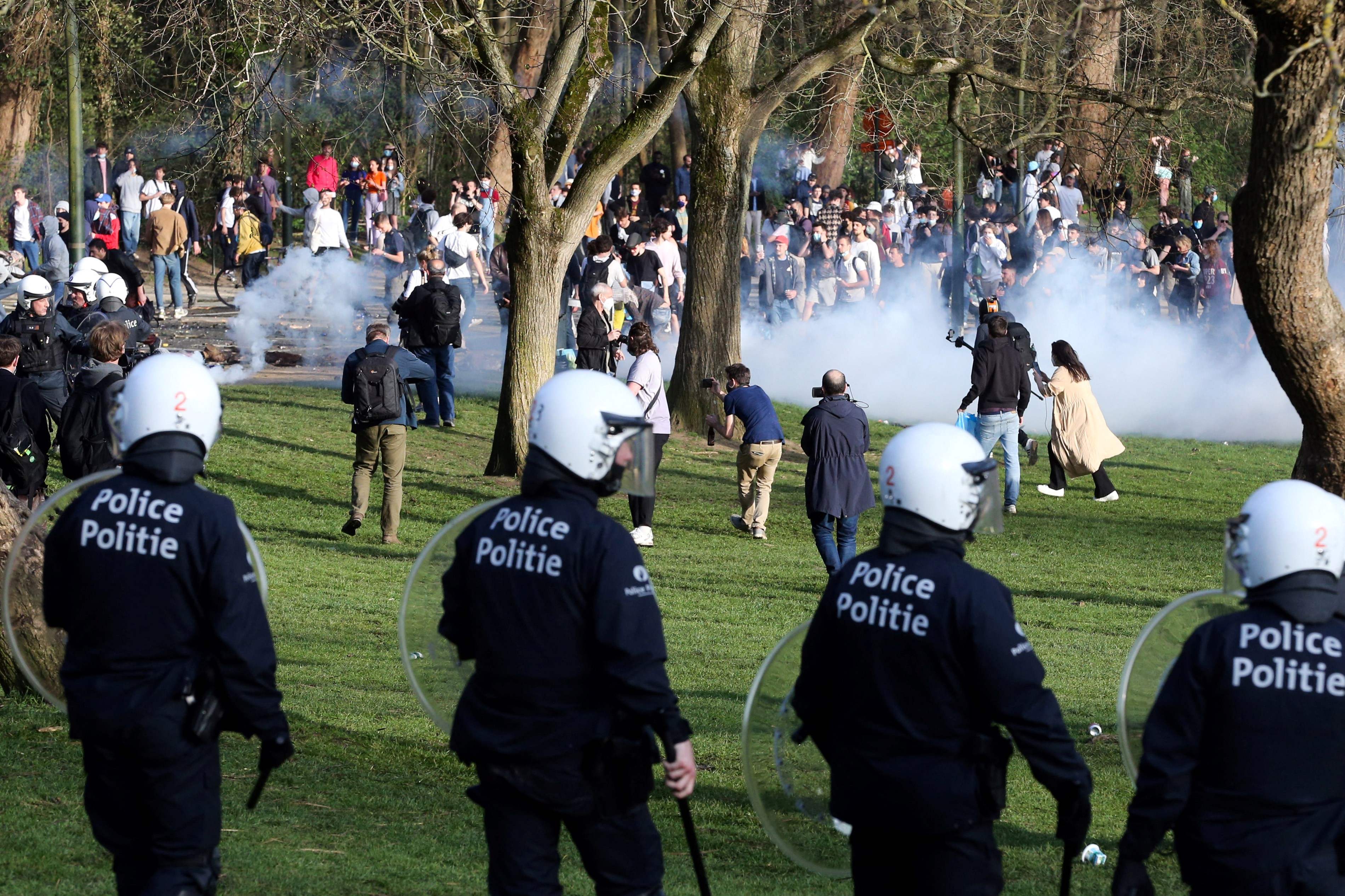 The chaotic scenes came after Belgium imposed another lockdownCredit: AFP