SIX million pints are expected to be supped on Super Saturday as punters raise drinks to Prince Philip — after breweries answered an SOS for more beer.

Ahead of the first weekend after England’s lockdown was eased, drinks makers were dispatching millions more pints to pubs after barrels were drunk dry. 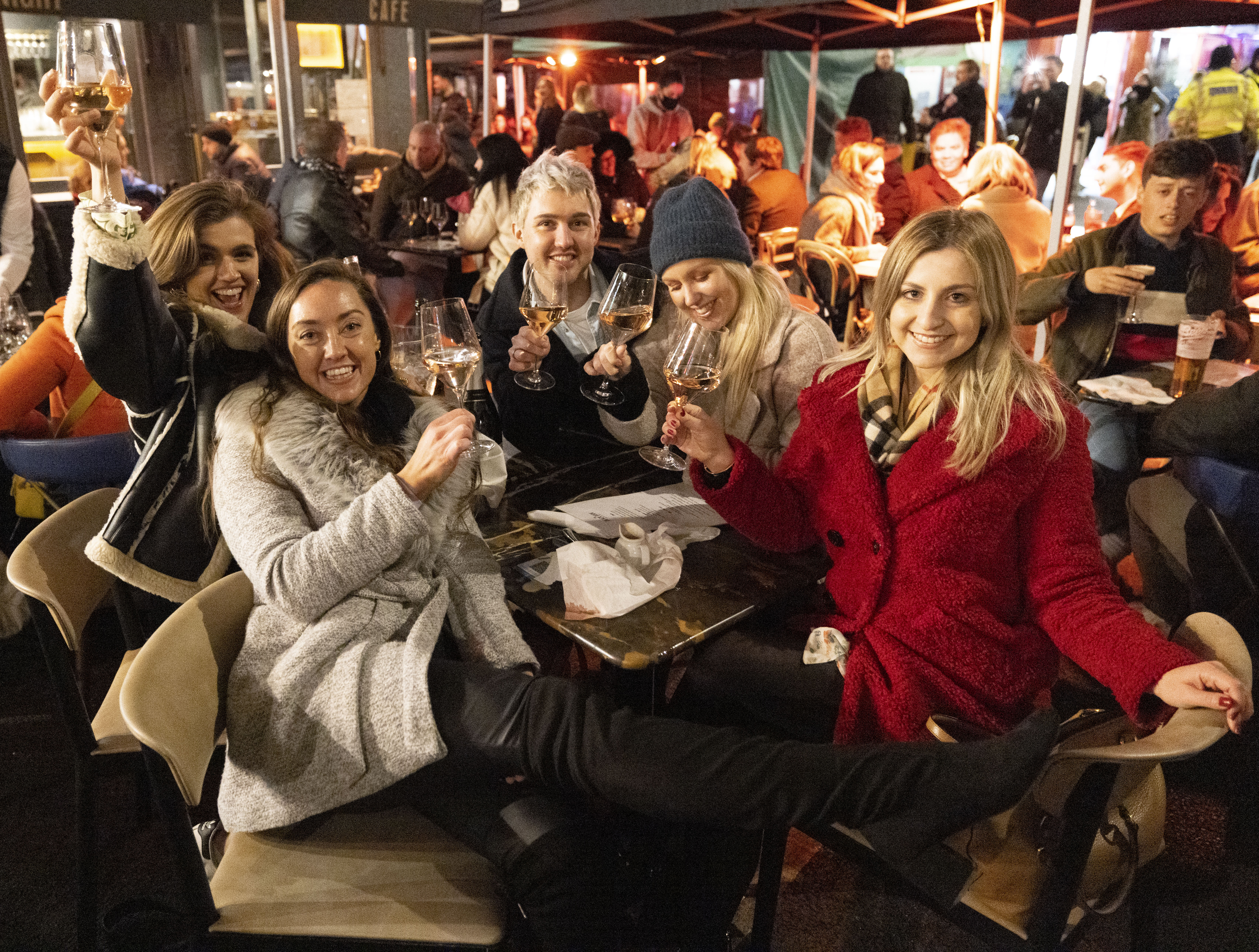 The easing of lockdown restrictions saw the wine flowing for these friends in London’s SohoCredit: News Group Newspapers Ltd 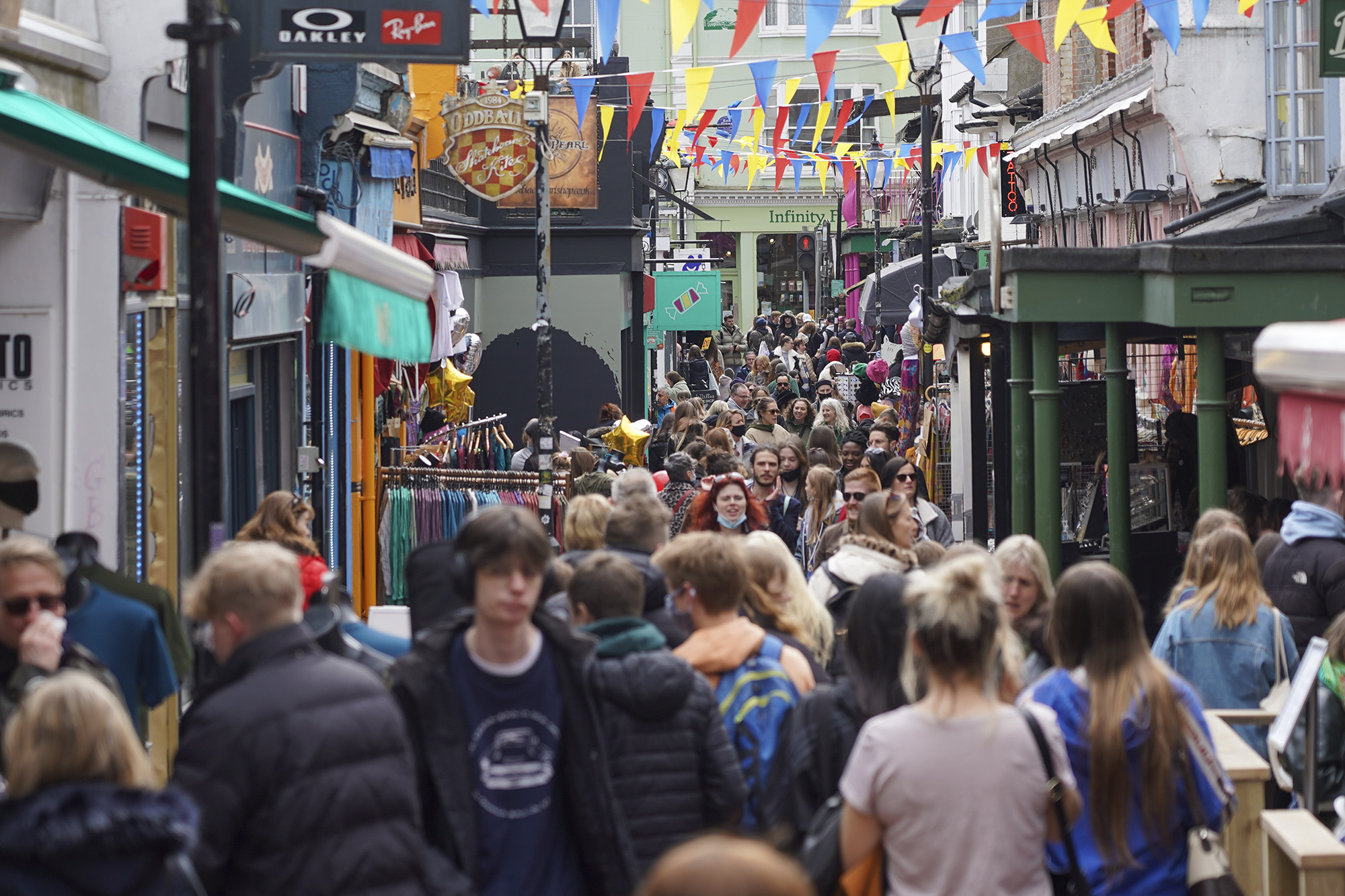 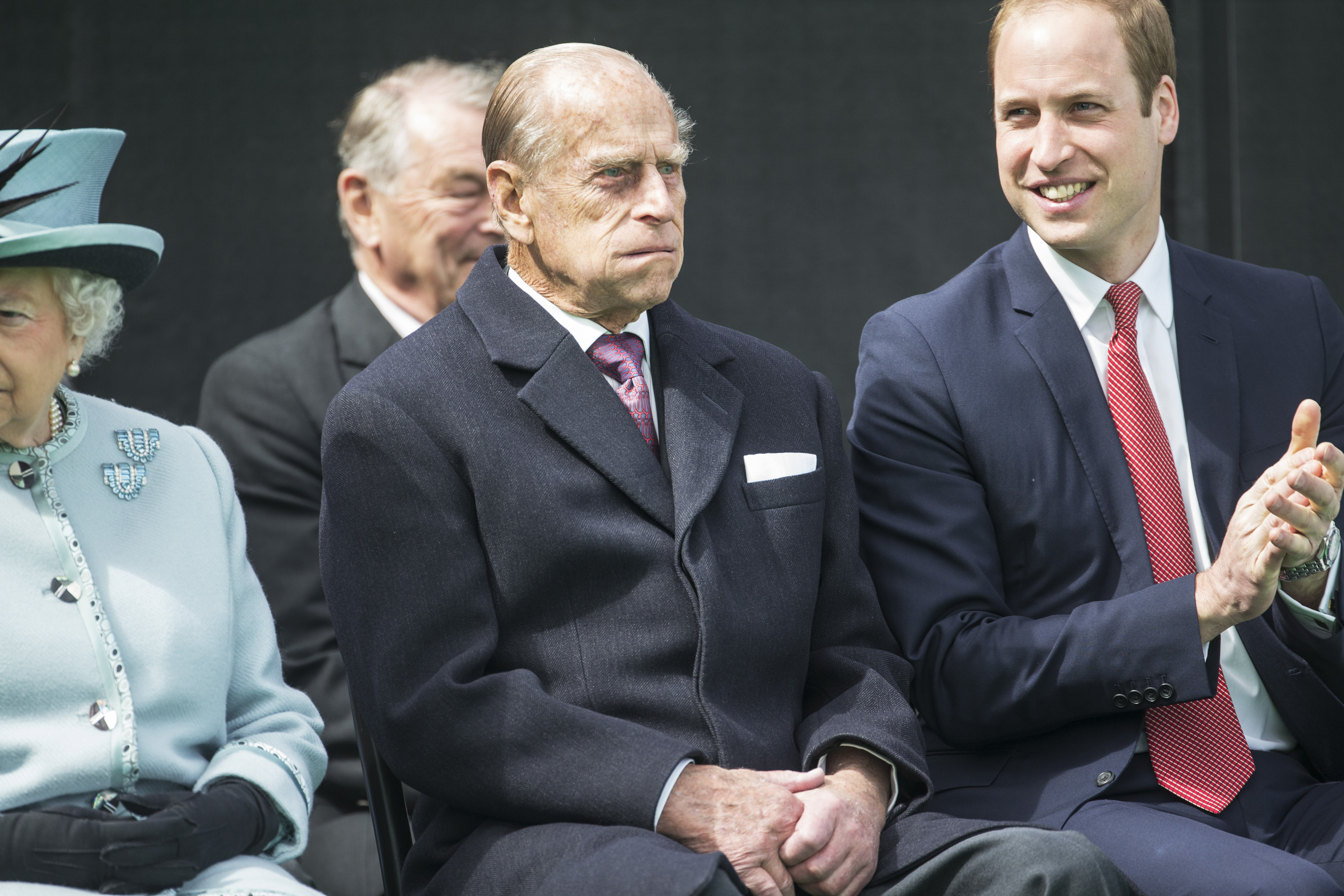 Millions of Brits will also pause from celebrating Covid freedom to raise a glass to Prince Philip as the Royal’s funeral takes place in Windsor CastleCredit: Times Newspapers Ltd

Some boozers with big outdoor areas are reporting trade ten times higher than before Covid.

A £1.8billion spree and 61F (16C) sunshine today was due to boost high streets and pubs.

High streets were also braced for their busiest day since mid-December, when Tier 3 closed shops in the South.

British Institute of Innkeeping chief executive Steven Alton said: “Some pubs are needing to make additional orders from breweries, due to the beer sales spike prompted by pent-up demand for socialising.

“The pub is where we share joys and sorrows, so the perfect place to raise a glass to Prince Philip.”

Bars were scrambling to erect outdoor TVs to show the 3pm funeral and sport including the 5.30pm Chelsea v Manchester City FA Cup semi-final at Wembley.

A lunchtime and evening rush was expected at boozers, before and after Prince Philip’s funeral.

Around 1.5million pub punters today were set to make up for lost time on the first Saturday session for all areas of England since October, when Tier 3 pub shutdowns hit the North West before the November lockdown. 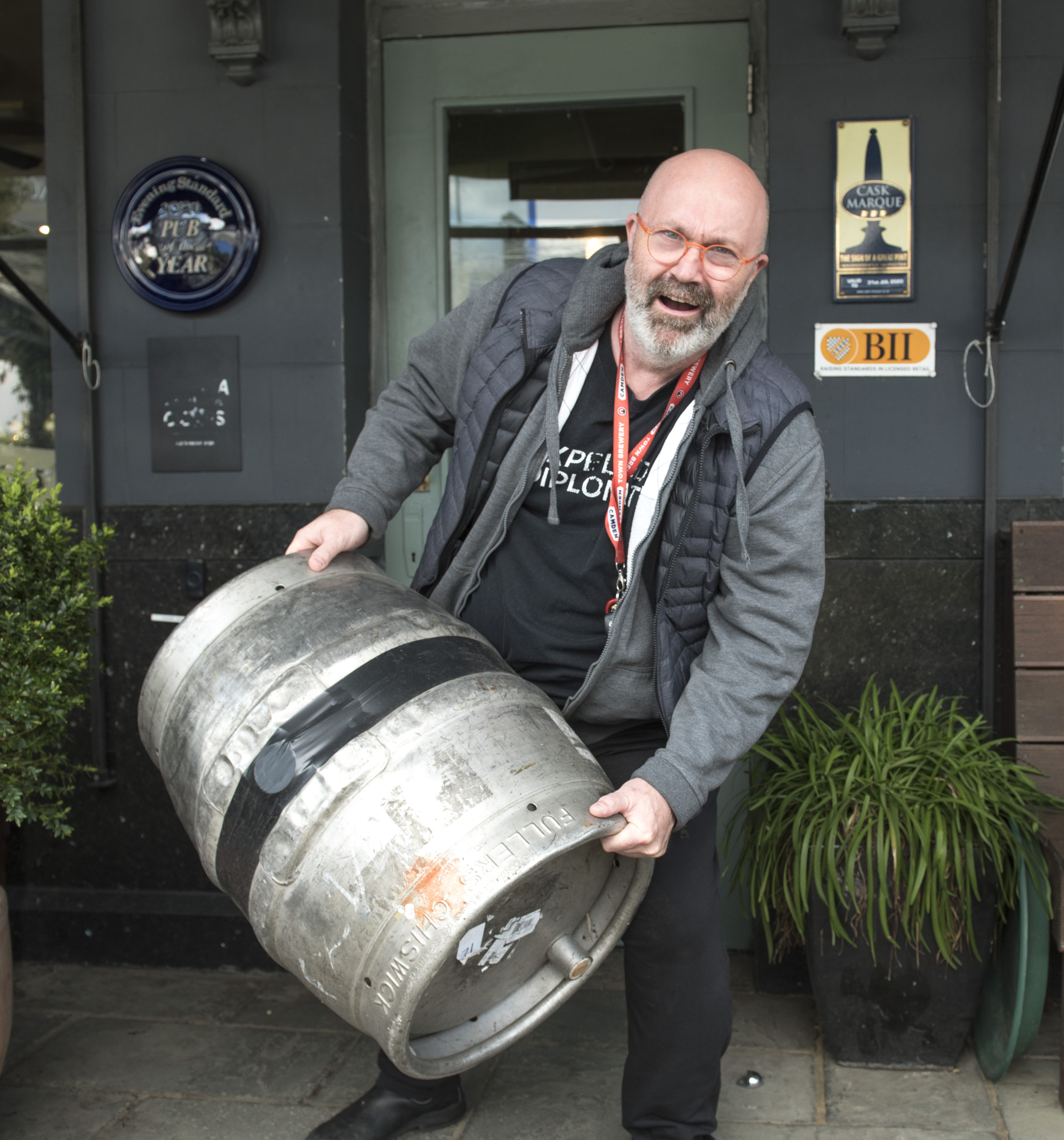 The Earl Spencer Pub in Wandsworth London where Landlord Michael Mann is already in need of new supplies of beerCredit: The Sun 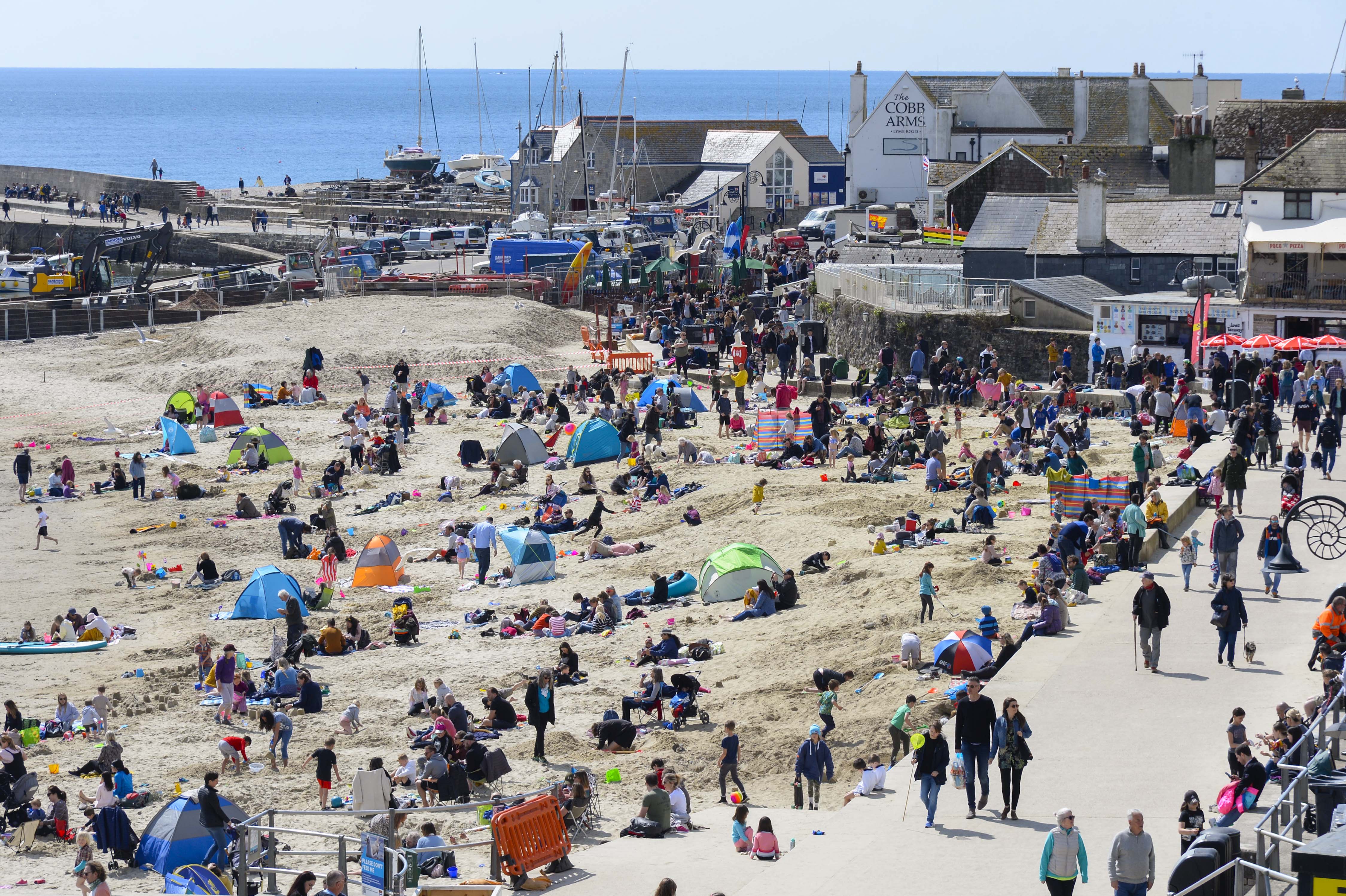 Return to normal business for beachgoers at Lyme Regis in DorsetCredit: ©Graham Hunt 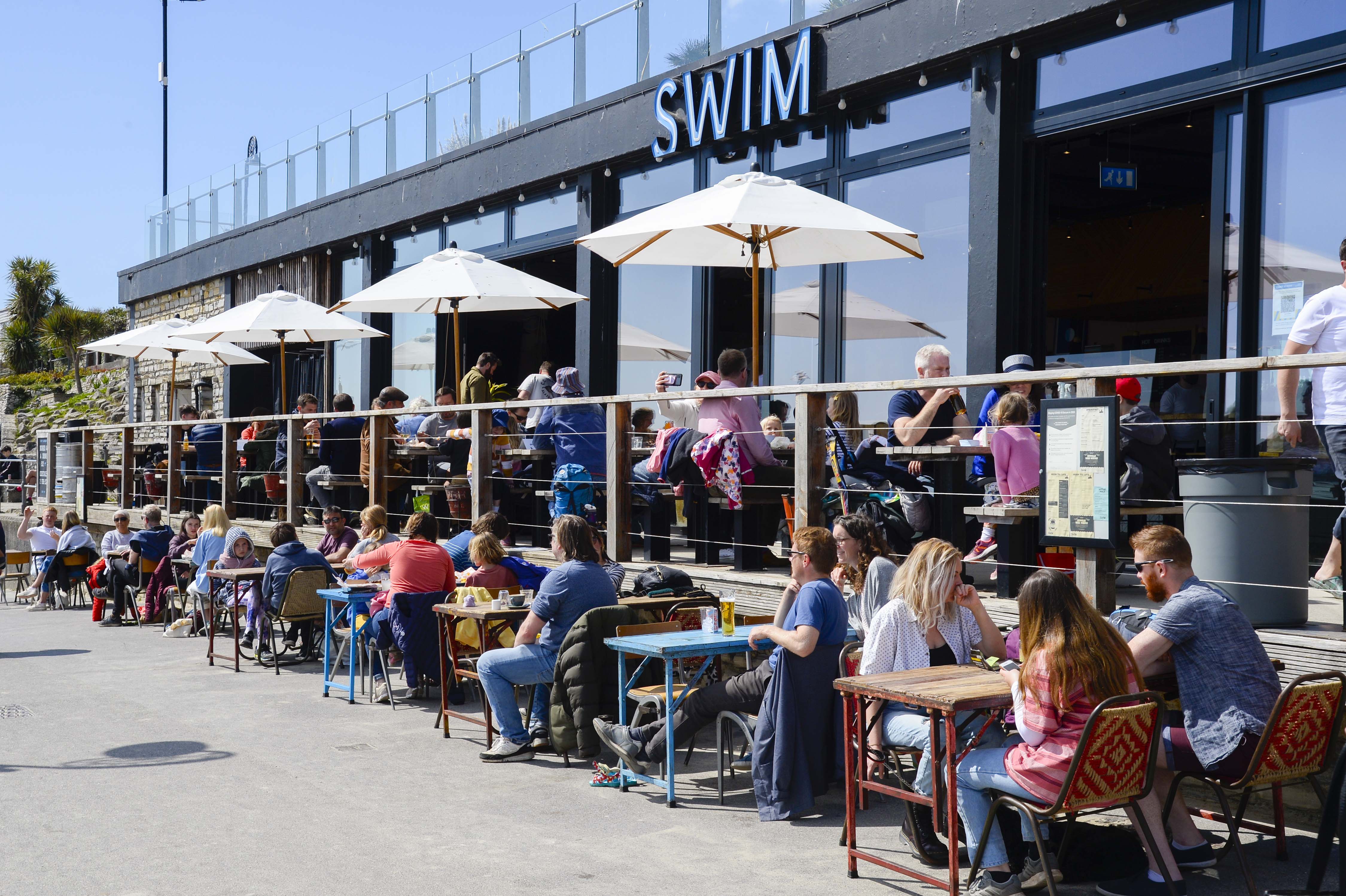 The Park Tavern, Wandsworth, South London, had to get 2,500 more pints of beer and cider delivered in 30 barrels by Heineken’s brewery lorry yesterday after selling double the drinks of a pre-Covid week.

Manager Luke Dearden said: “We’d have run out without a big delivery. The week has been epic and now we’re ready for 1,000 bookings this weekend.

“The support from our local community is overwhelming and everyone’s got a smile on their face.”

Down the road, South West London’s pub of the year has been almost drunk dry of cask ale in just two days after reopening on Wednesday.

The Earl Spencer’s landlord Michael Mann, 50, said: “Drinkers are having a great time — but with only outdoors open, I don’t know if we’ll even make a profit. Why can’t we open indoors like shops?”

The nearby Ship, overlooking the River Thames, served 687 punters on Monday — ten times more than average. And 807 are booked today.

Many bars are fully booked. Cold Bath Brewing Co, Harrogate, West Yorks, tweeted: “We’re fully booked out for the rest of the week — and next Friday and Saturday.”

Twitter user scottshav, from Newcastle, managed to beat the rush, writing: “Pubs booked for Friday and Saturday — life’s back to normal!”

But punters are complaining about so many with no space left, although not all are taking reservations.

Emma McClarkin, chief executive of the British Beer & Pub Association, said: “Pubs and pub-goers are looking forward to the first weekend drinks in months. We’re beginning to rebuild our businesses and reconnect our communities.”

Emergency services told punters not to overdo it and spoil a special day by drinking too much or starting fights. North East Ambulance Service said: “As we move into the weekend, we look forward to people enjoying themselves responsibly.”

The Met Office said the country would be drenched in sunshine with temperatures well above the 55.4F (13C) April average – and up to 16C.

Forecaster Grahame Madge said: “After a frosty start, it’ll be largely dry and fine with prolonged sunshine for many in the south east of England. 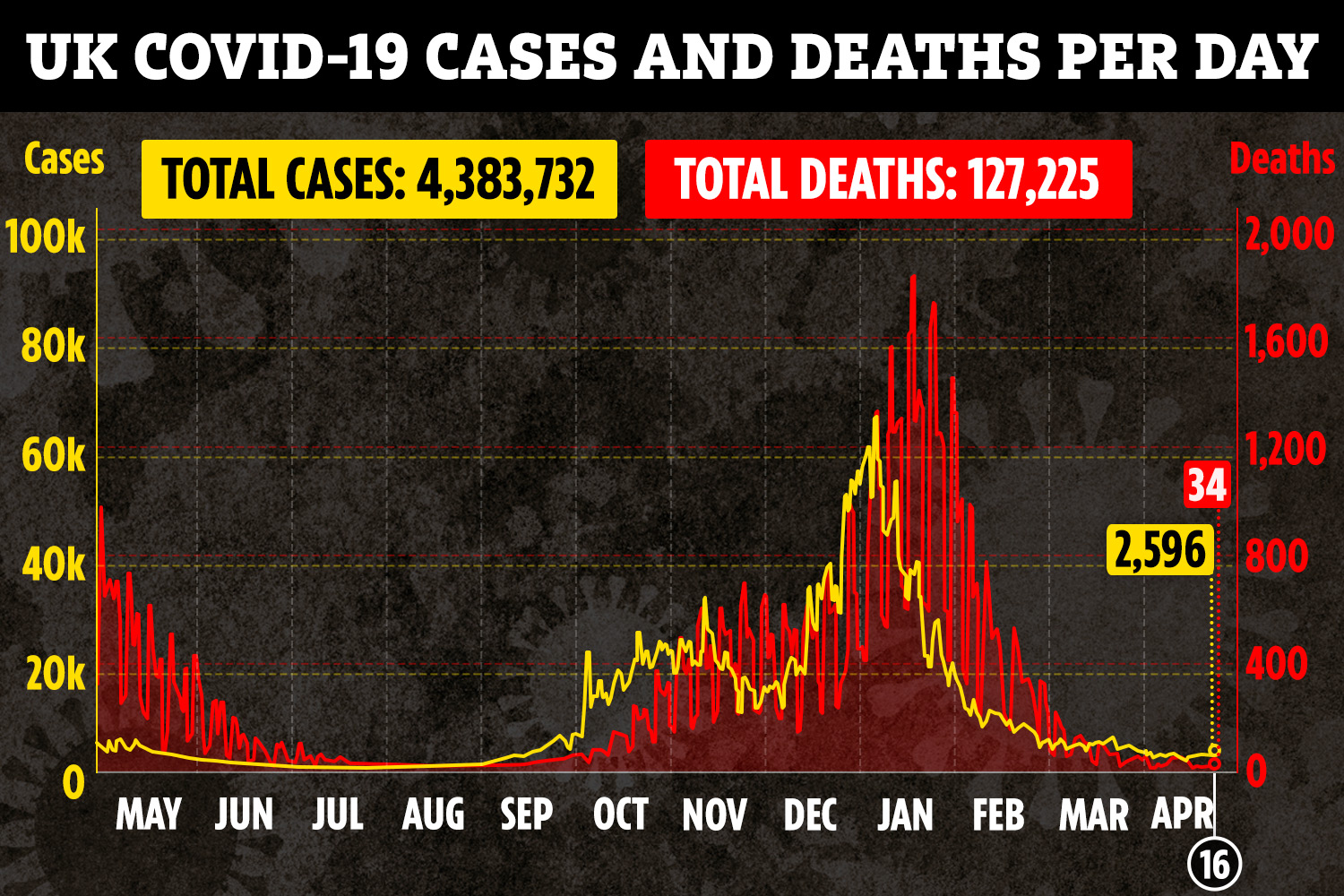 “These conditions will extend to many parts of the UK.”

The return of spring comes after 2in of snow fell in parts during a -10C Arctic blast at the start of the week.

The average mean temperature for the month so far is just 40.3F (4.6C) — below April’s lowest on record 42.3F (5.7C) set a decade ago. But the current figure is set to rise in the coming days as the mercury recovers.

High streets are braced for their busiest day since mid-December, when Tier 3 closed shops in the South.

Spending today will be close to double that of Monday, the day shops reopened.

Around 11 million will hit shops today blowing £1.65billion, with another £150million spent in pubs and restaurants, a VoucherCodes.co.uk study with the Centre for Retail Research showed.

Near-90 per cent price cuts are on offer at collapsed Debenhams, and up to 75 per cent will be slashed off some electrical products at Currys. Professor Joshua Bamfield, director of the Centre for Retail Research, said: “Saturday will be the biggest day of the week for shopper totals and spending.

“People are venturing out again after lockdown and like the choice shops offer compared to online.

“Lots of people are also going to pubs, although they are limited by serving outdoors only.”

Meanwhile, optimistic families have already booked millions of sunshine trips to Greece, Spain, Italy and France — even before the official OK due next month.

Greece is the No1 destination for Brits, according to TUI — the first time Spain has not been top.

Last week, 25 per cent of all bookings at TUI were for Greece, after the country’s tourism boss said they would roll out the red carpet to Brits.

Meanwhile, easyJet will boost the number of flights from late May and BA is set to restart flights to the USA. 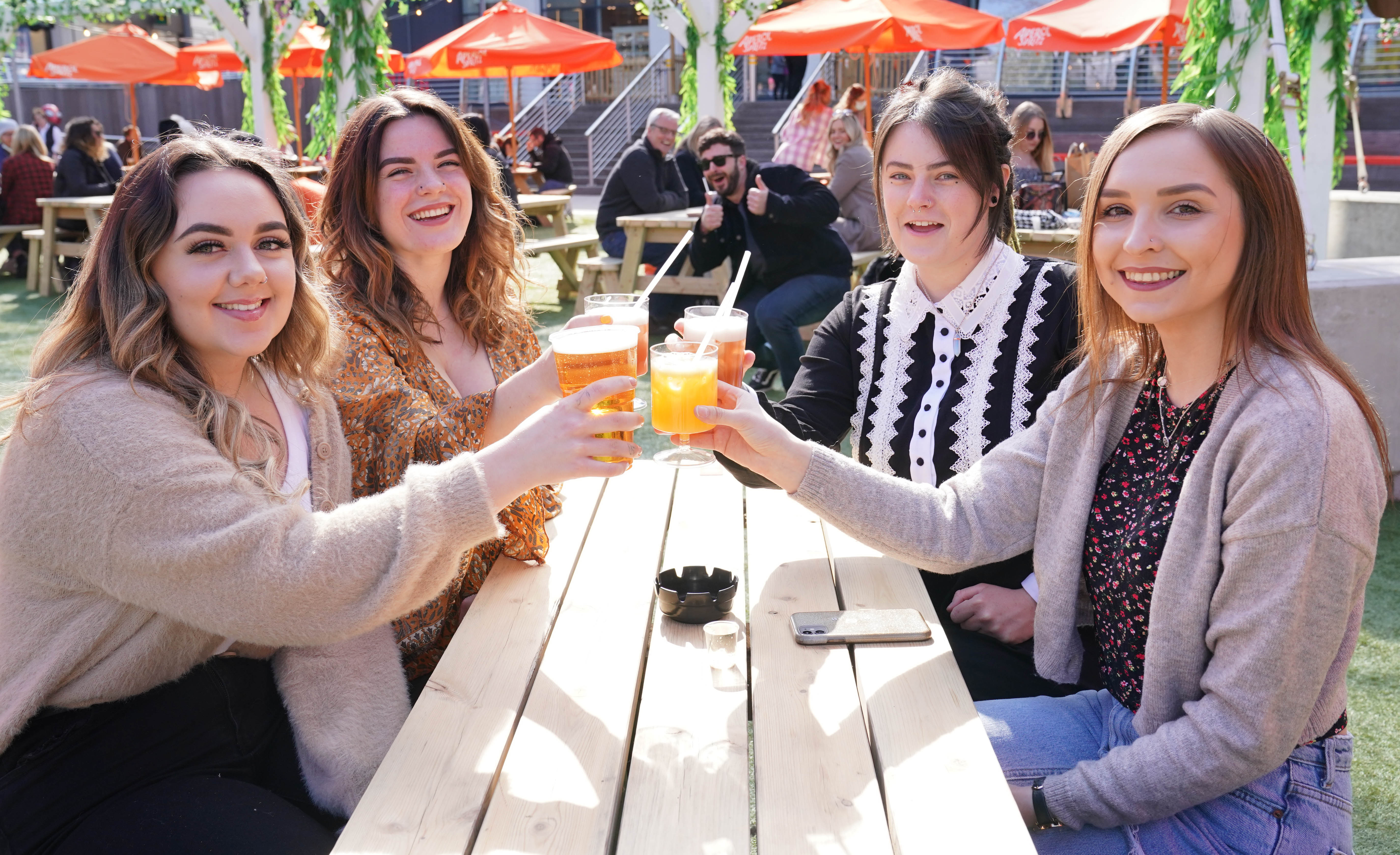 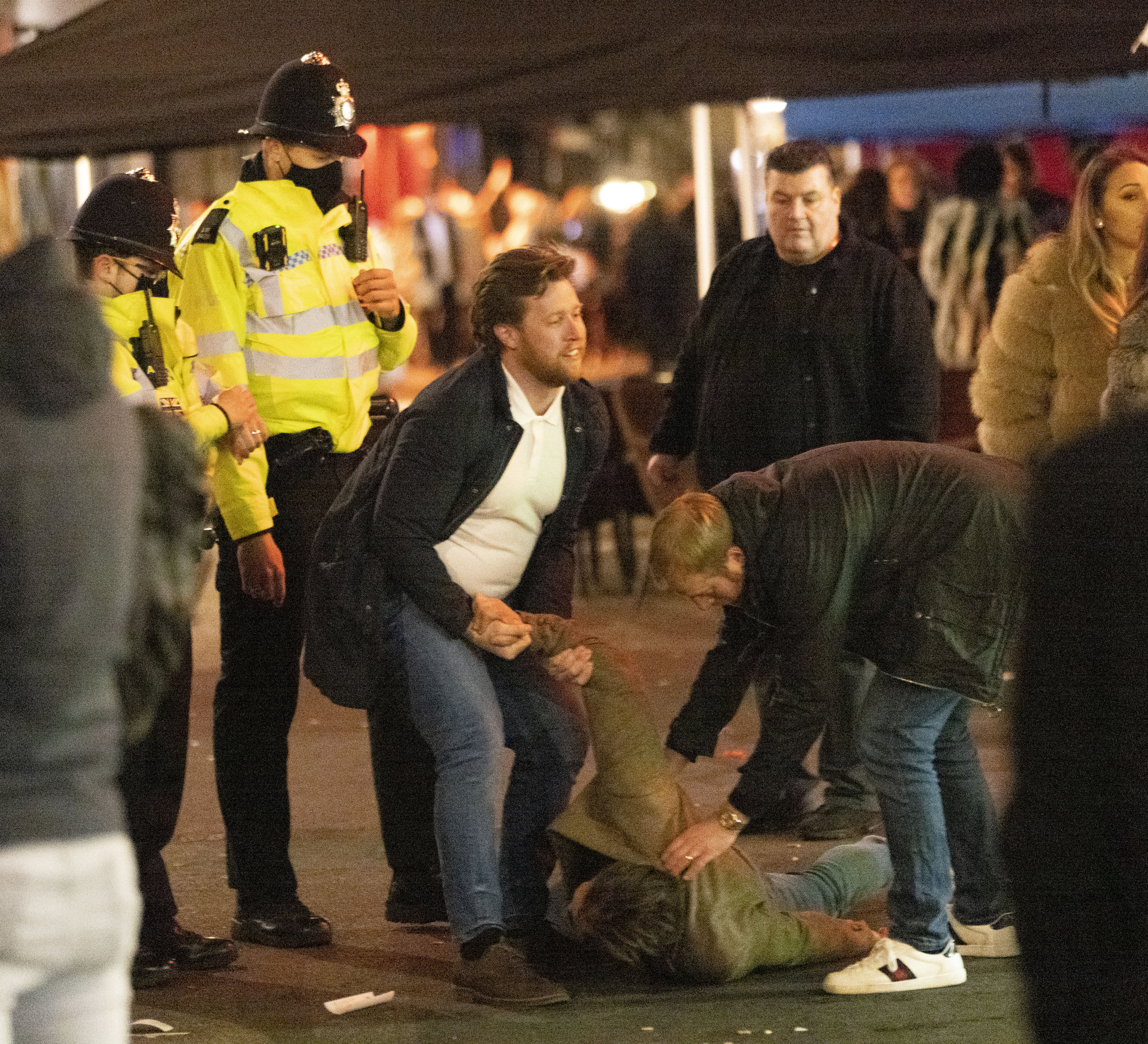 Many Brits have been waking up with that morning after feeling for the first time in a whileCredit: News Group Newspapers Ltd 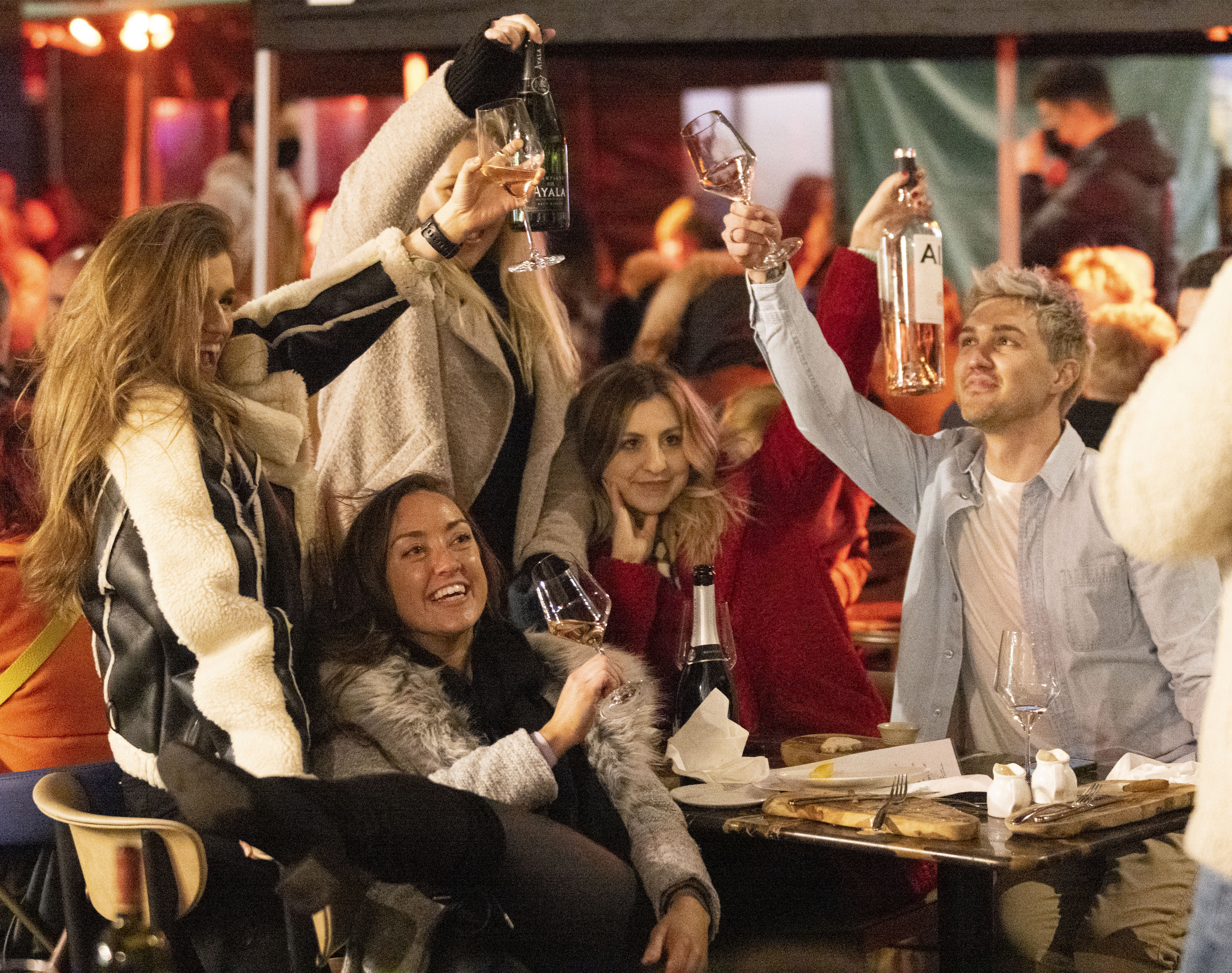 Bars and pubs are stocking up for Super SaturdayCredit: News Group Newspapers Ltd

Travelling abroad for foreign holidays is set to be allowed from May 17 under the Government’s plan to ease Covid restrictions.

But the official confirmation will not be given until early May — along with a list of the countries that are safe to visit.

EasyJet boss Johan Lungdren said: “Summer can really take off this year. It is important the Government comes out with this list as soon as possible. This is the main question for most of our customers now.”