SPRING is in the air – and cooped-up Brits are making the most of the warmer weather to enjoy a weekend off ahead of the easing of lockdown.

The UK is set to enjoy much milder temperatures in the days to come – and while the mercury will drop towards the end of the week, forecasters predict a bright start to April. 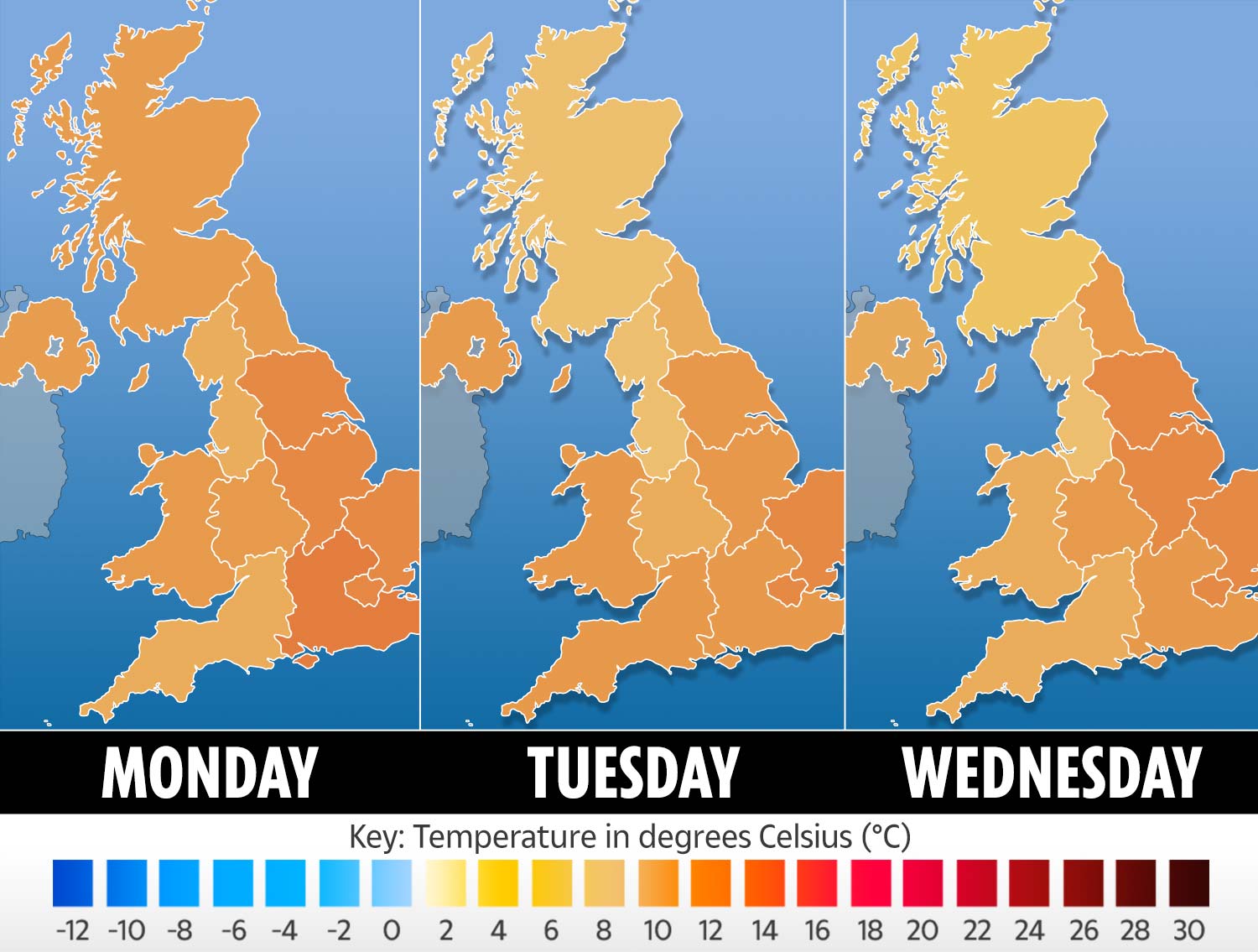 The weather will be mild in the days to come, forecasters say 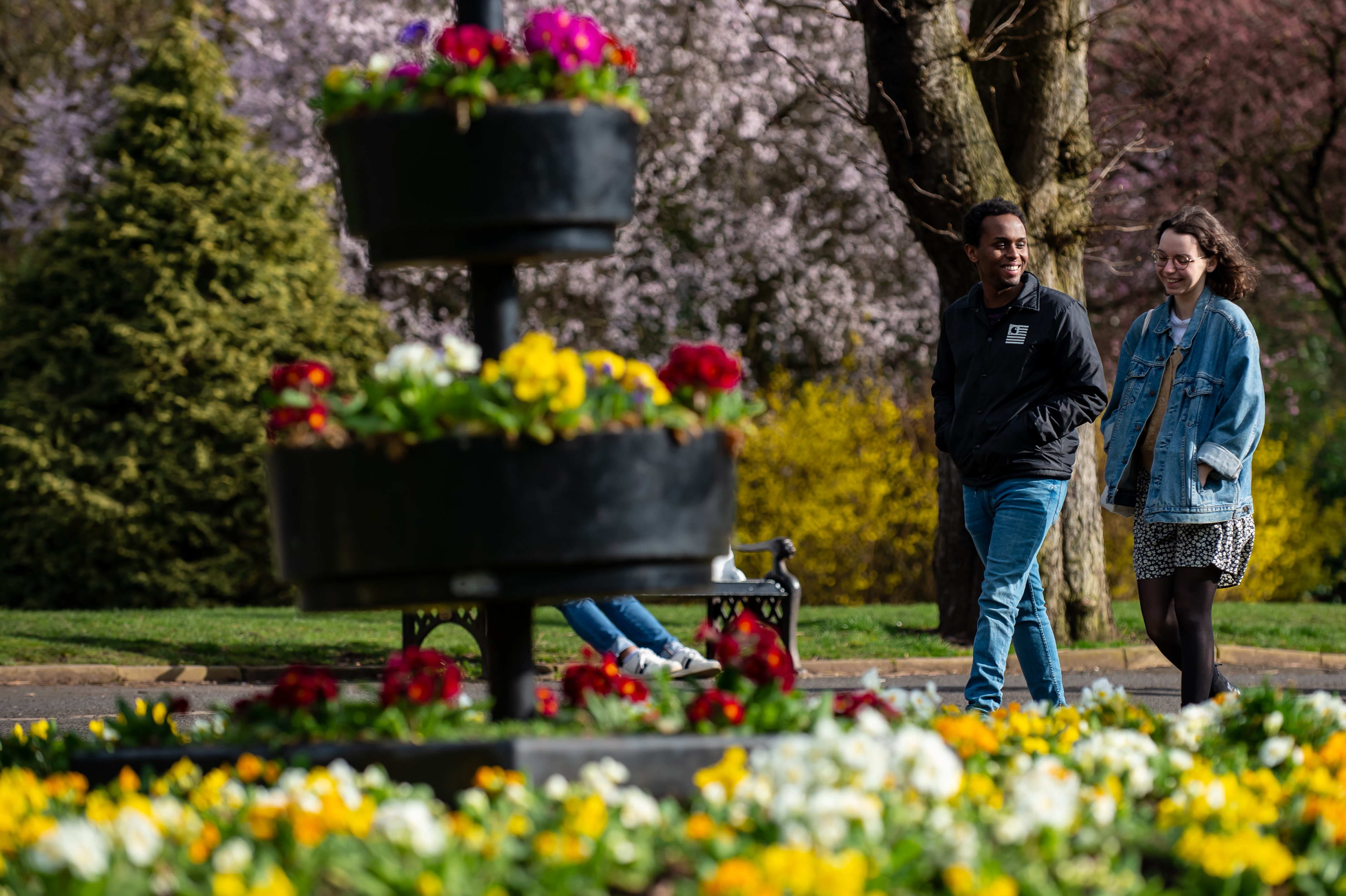 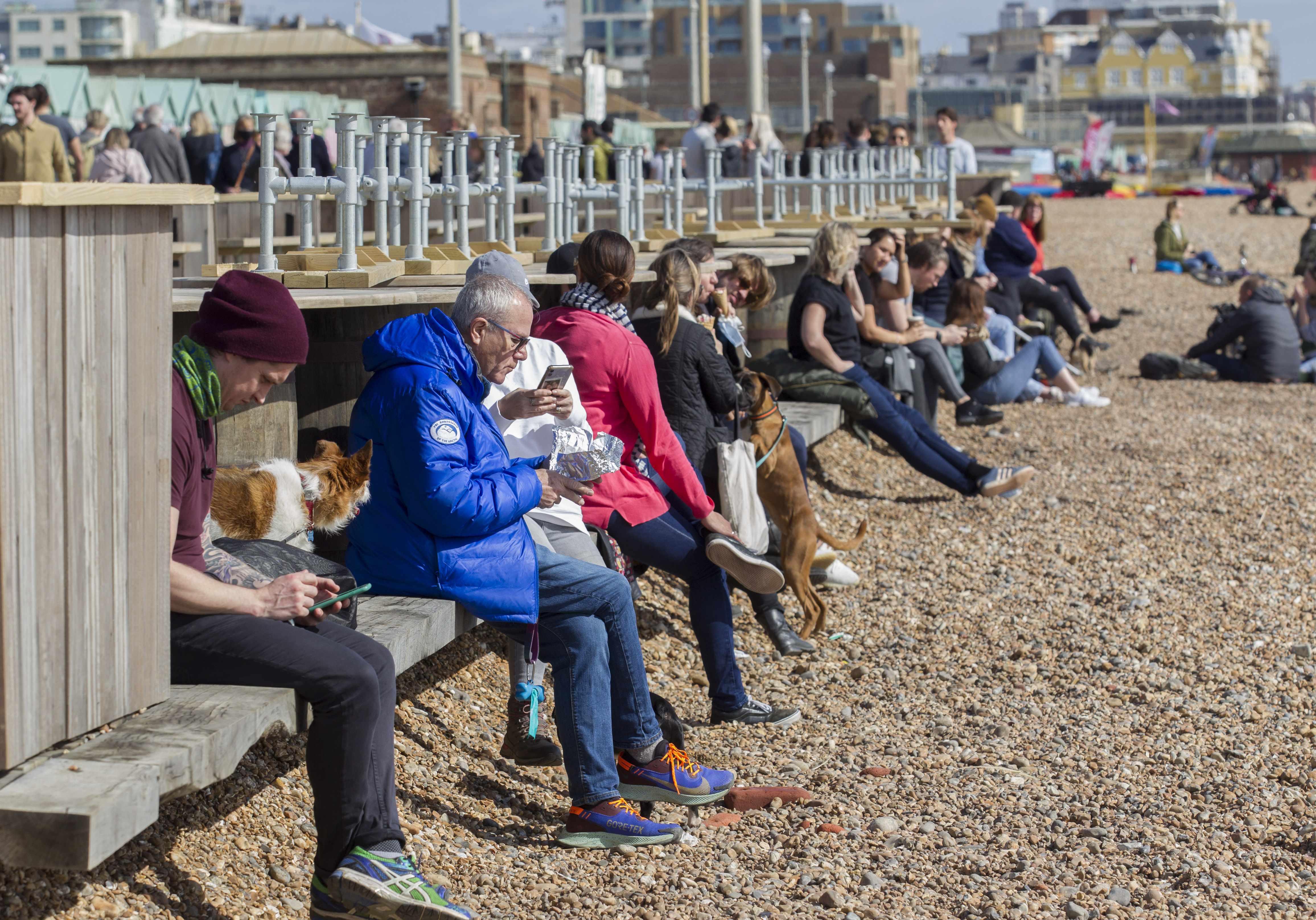 The seafront in Hove, East Sussex was busy as locals made the most of the weatherCredit: David McHugh / Brighton Pictures

It comes as Boris Johnson prepares for the next step of unlocking the UK next weekend.

Across the country, people have been making the most of the warmth.

Temperatures reached around 15c yesterday and will top out at 14c on the south coast today.

But the BBC predicts temperatures will rise to around 16c in the days to come.

And according to forecasts from WXCharts, warmer temperatures will arrive as the month goes on, with 17c likely by March 30.

In Sunderland, families queued for fish and chips and ice cream at Roker Beach.

Bodyboarders were also spotted wading into the sea as the sun rose over Boscombe beach in Bournemouth, Dorset. 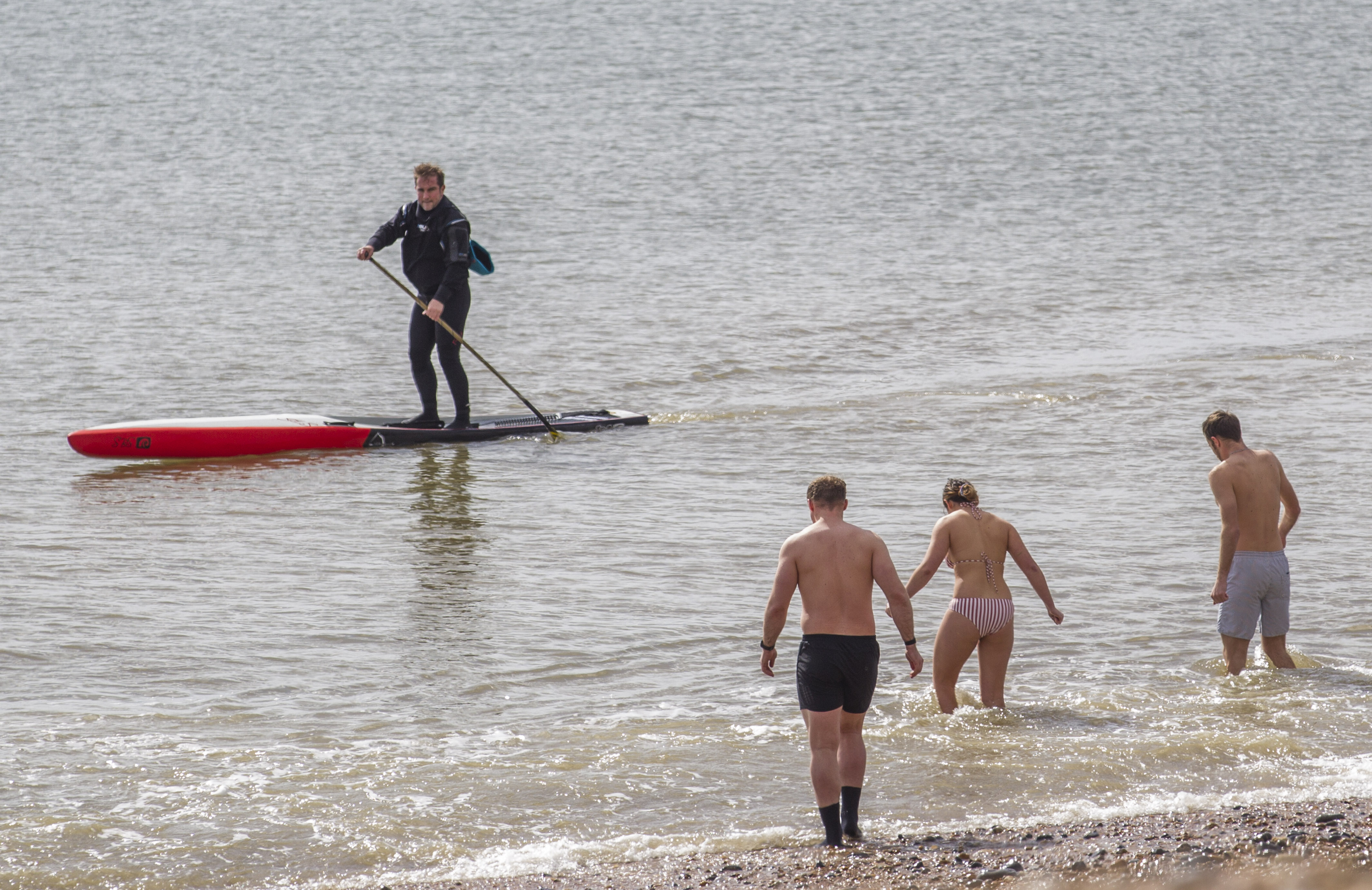 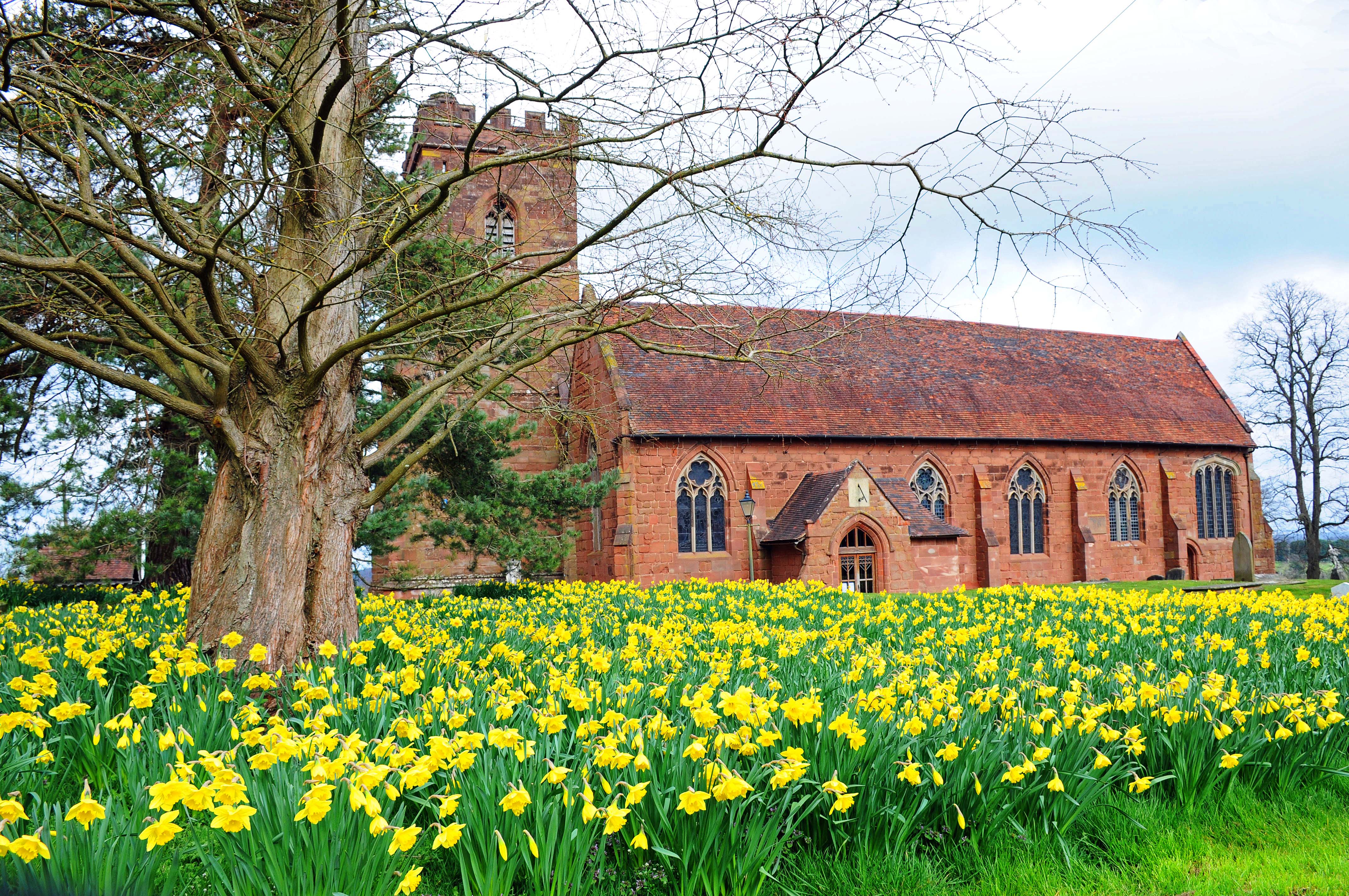 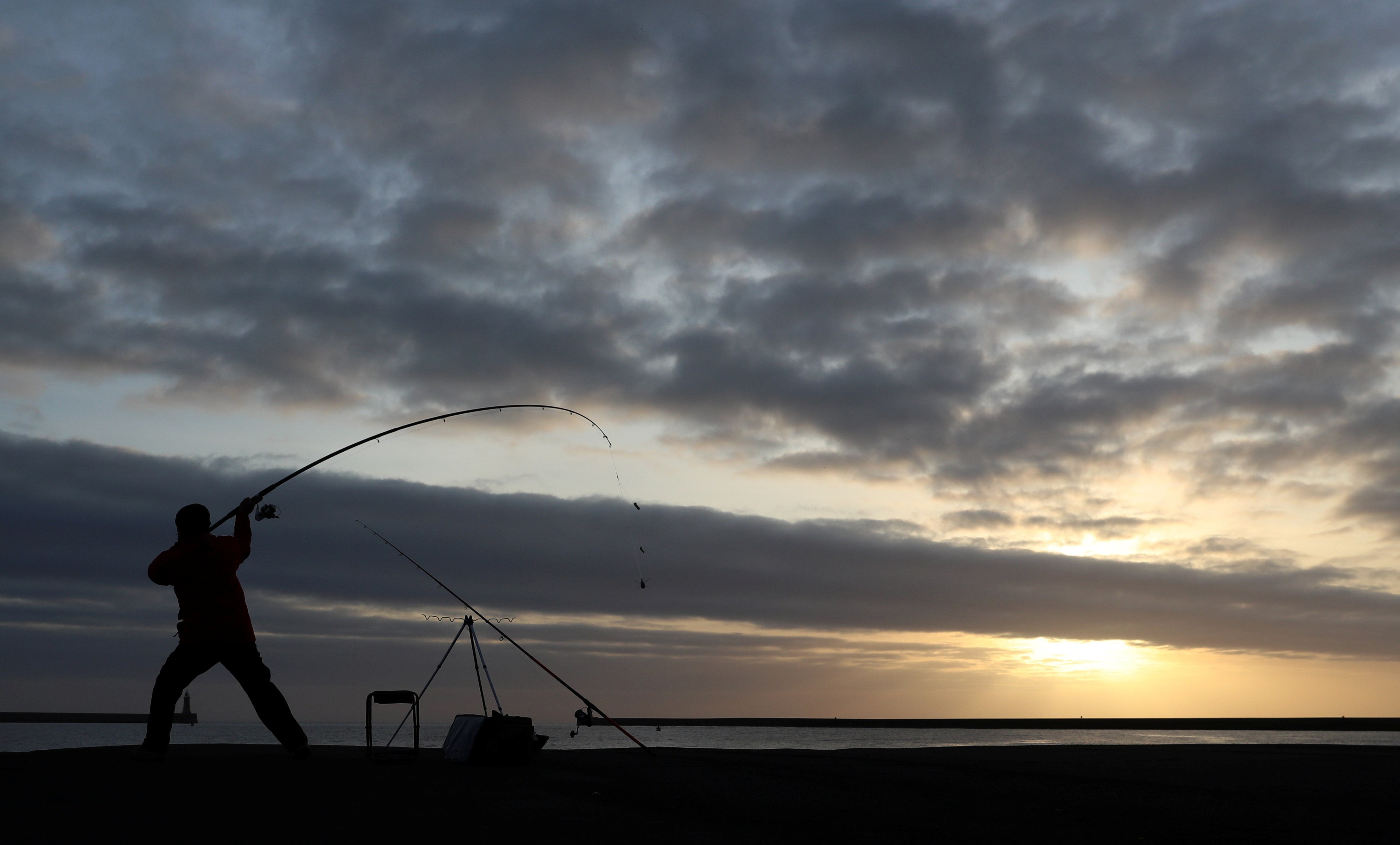 A fisherman casts off at the Herd Groyne Lighthouse pier in South Shields, County DurhamCredit: Reuters 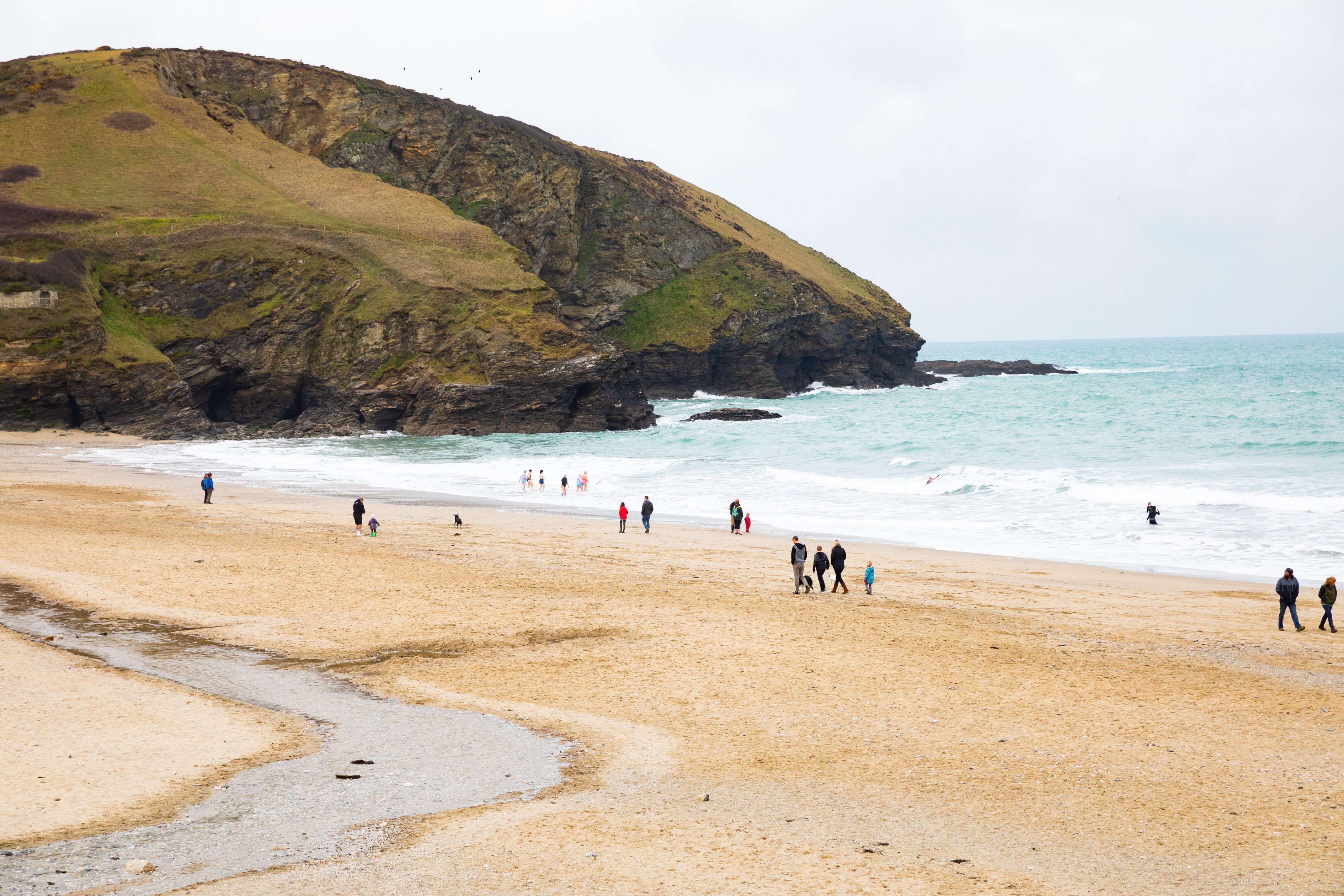 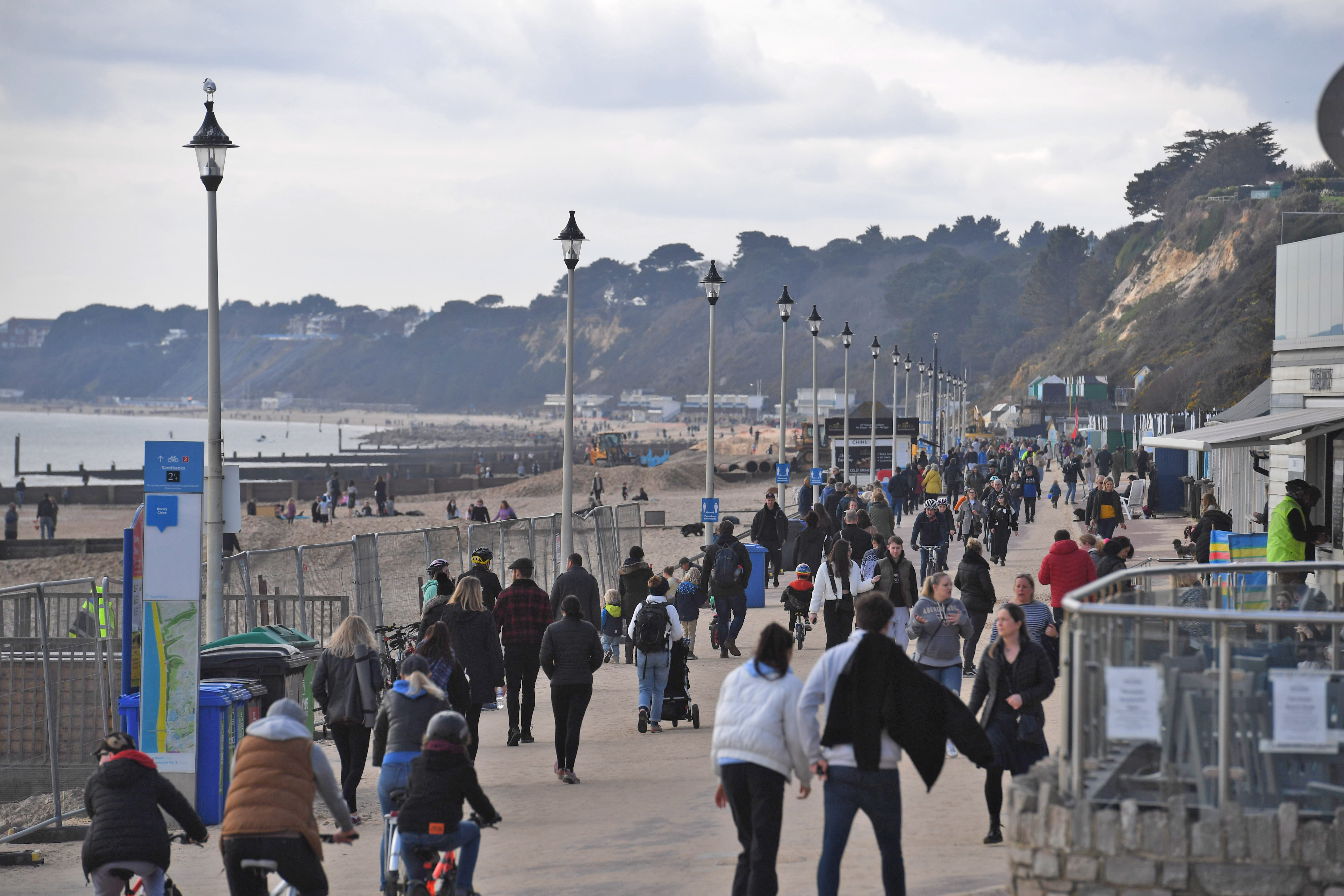 The seafront in Bournemouth was packed with families todayCredit: BNPS

In Brighton, visitors flocked to the seafront, while in Birmingham, locals visited Canon Hill Park to enjoy the flowers.

Northern England and southern Scotland will see the best of the sunshine, while many western areas remain under cloud.

Yesterday, one village in the Highlands had both the warmest and coldest temperature.

Becky Mitchell of the Met Office said: “It’ll remain fairly dry across much of the UK over the next two days.

“There are sunny spells around, particularly across much of England and Wales.

“In the best of the sunshine, it’ll be a little bit above average of this time of year.

“However, going ahead, it’ll be a bit wetter across parts of the country, and a band of rain across Scotland and Northern Ireland will gradually move further south.”

She warned next weekend will be “much more unsettled” with blustery showers – and there’s even the potential for snow in Scotland. But in the first weeks of April, when more restrictions are loosened, sunnier days will return. 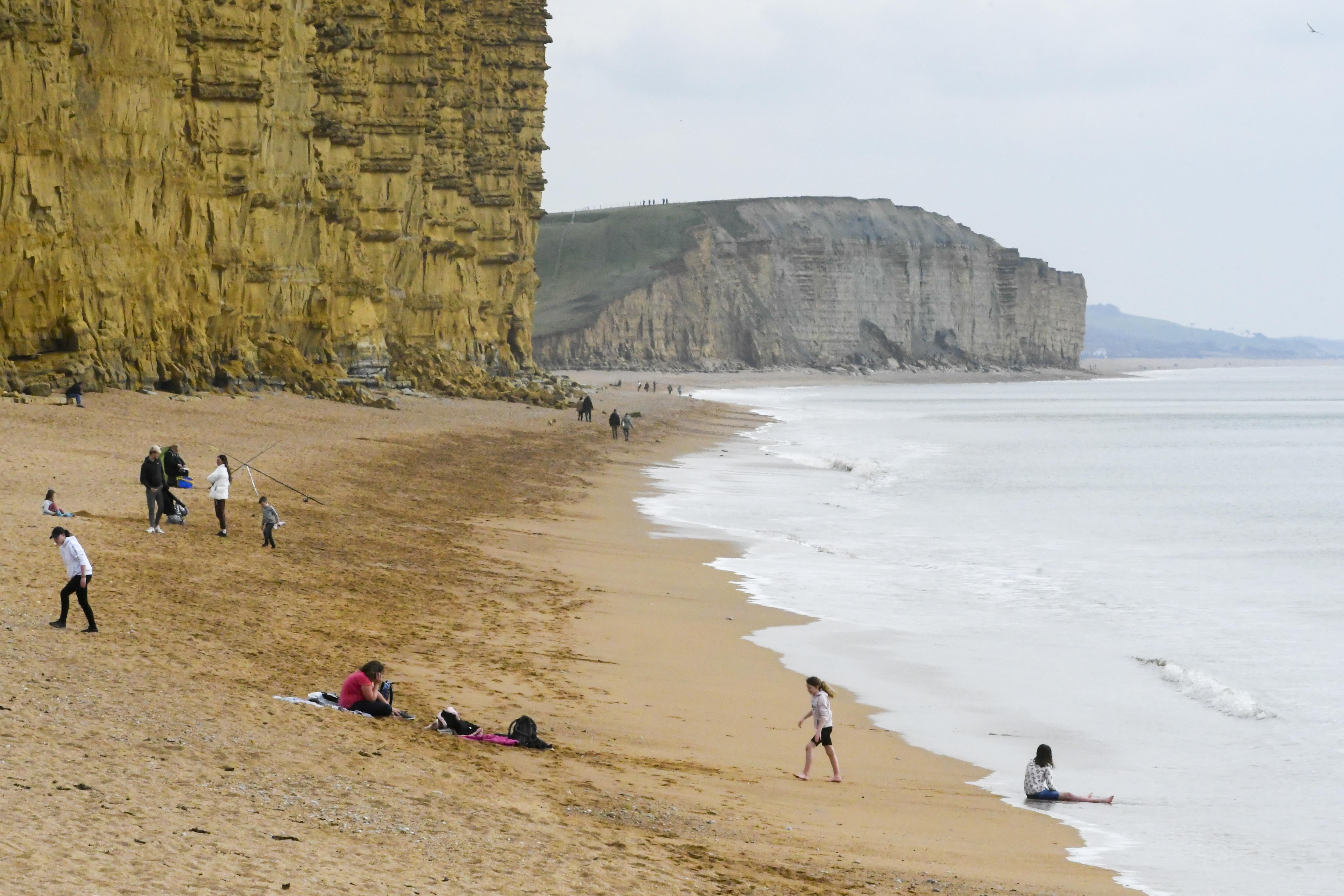 In West Dorset, people made the most of an empty beach at West BayCredit: ©Graham Hunt 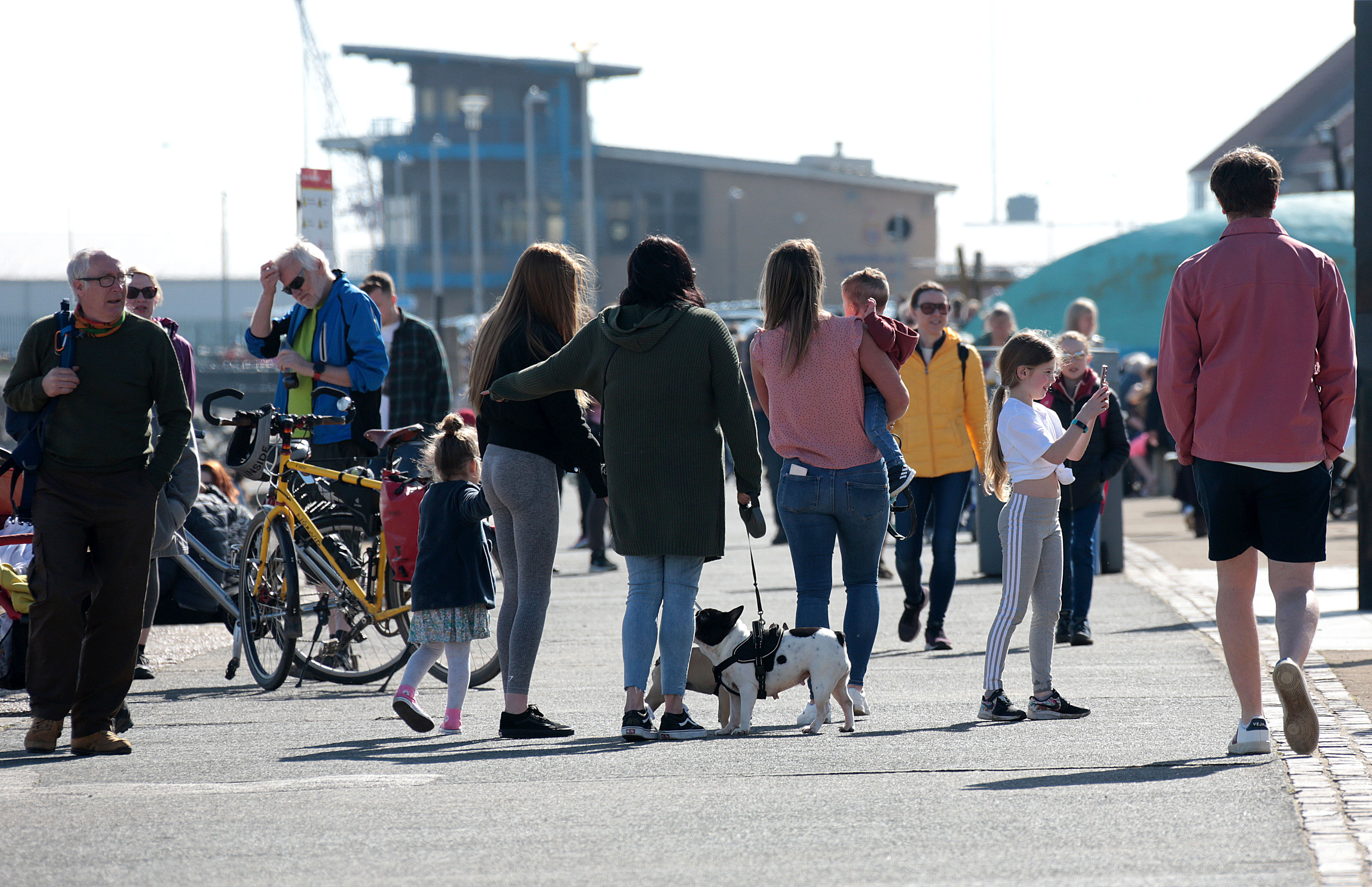 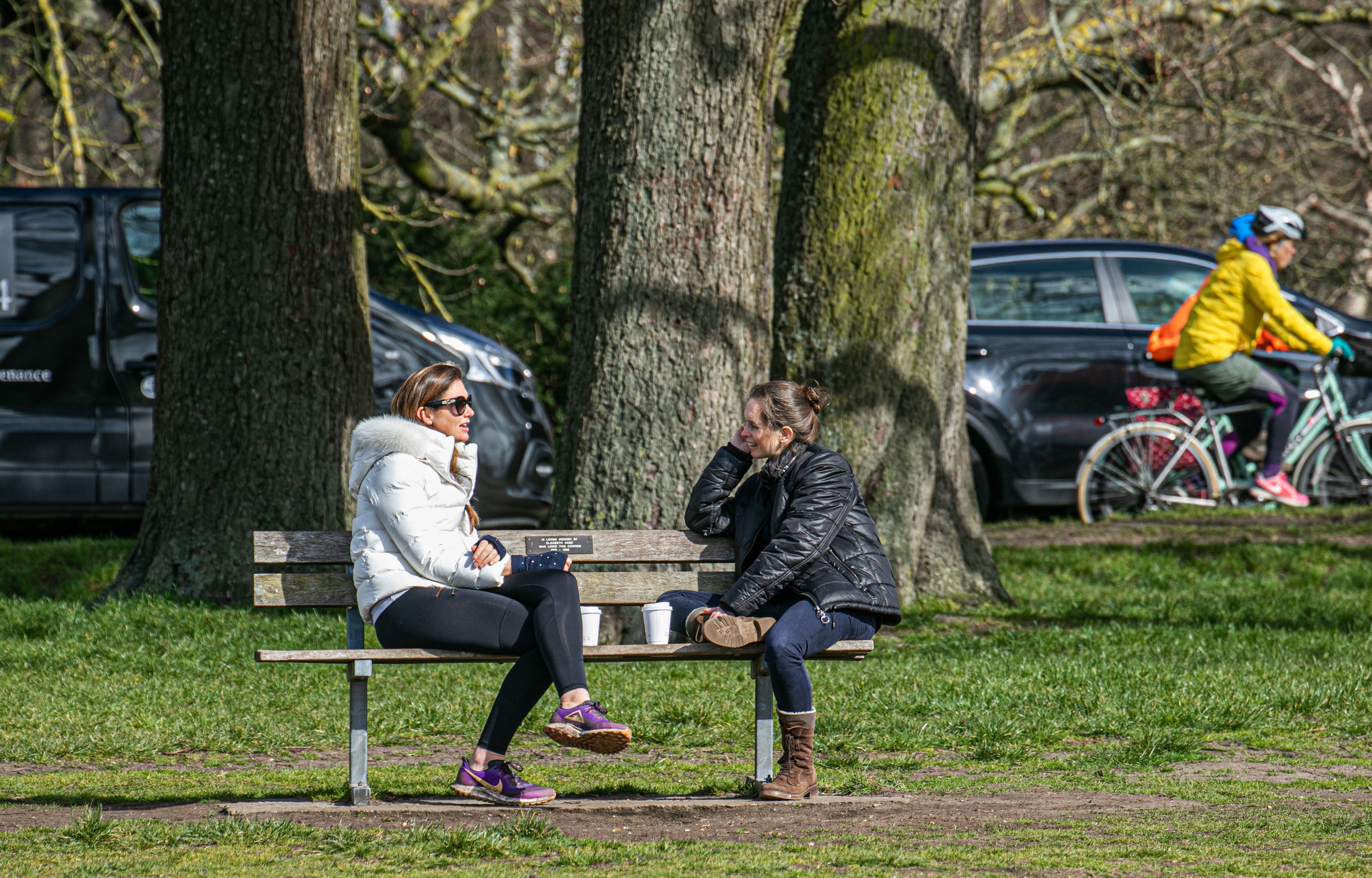 Friends enjoyed a coffee in the sunshine at Wimbledon CommonCredit: Rex 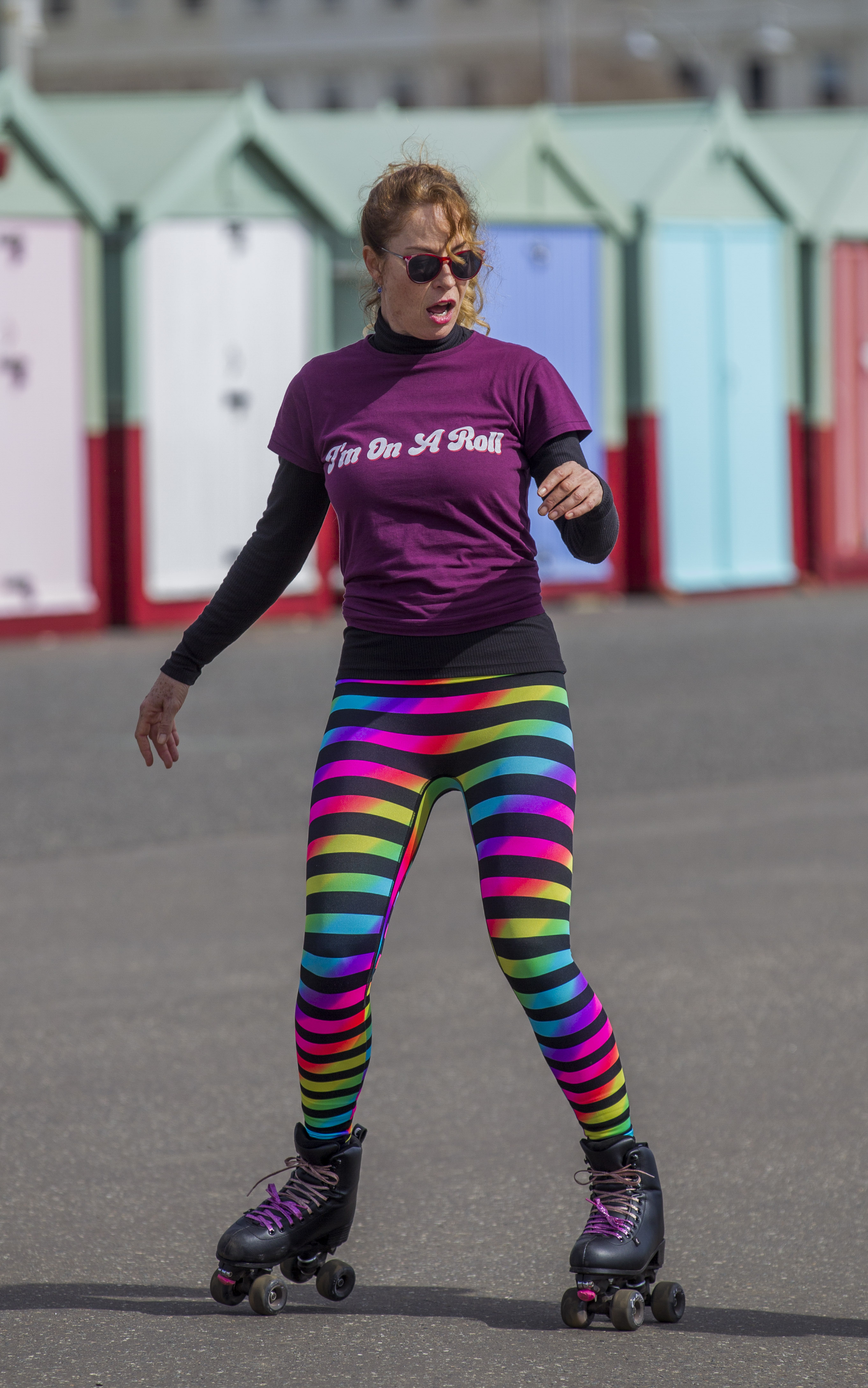 A brightly-dressed skater rolled along the prom in HoveCredit: David McHugh / Brighton Pictures

Under the PM’s roadmap, outdoor gatherings of up to six people or two separate households outdoors are to be allowed from March 29.

Outside sports will also be able to resume then.

And many Brits are buying up garden furniture and barbecues to make the most of their new freedom.

Searches for patio furniture have recently soared by 142 per cent, according to tech firm NearSt.

Looking ahead to the Easter bank holiday weekend, Ms Mitchell said: “Temperatures will be around average and as we go into the weekend, the weather looks settled.

“That means high pressure should take charge, which should result in dry weather for most of the UK that weekend.

“We should get some sunshine, and it’ll feel quite pleasant, but not exceptionally warm.”

Forecasters from the service said Brits will face a range of different conditions as Easter arrives.

“At the start of this period, unsettled and changeable conditions are likely to continue across north-western areas,” they said.

“However, high pressure may spread northwards through early April, which will bring a period of settled conditions for most.

“Following this, drier than average and brighter conditions may prevail, with areas away from the far northwest of the country receiving below average rainfall.

“Temperatures will mostly be around average or above, with any cooler periods likely to be short-lived, and mostly across northern areas.”

Channel netweather.tv predicted the warmest conditions are expected from March 22 to 28.