BRITS have joked the final date to end lockdown has conveniently coincided with Boris Johnson’s birthday.

The Prime Minister will mark turning 57 on June 19 – just two days before the final restrictions are expected to be lifted. 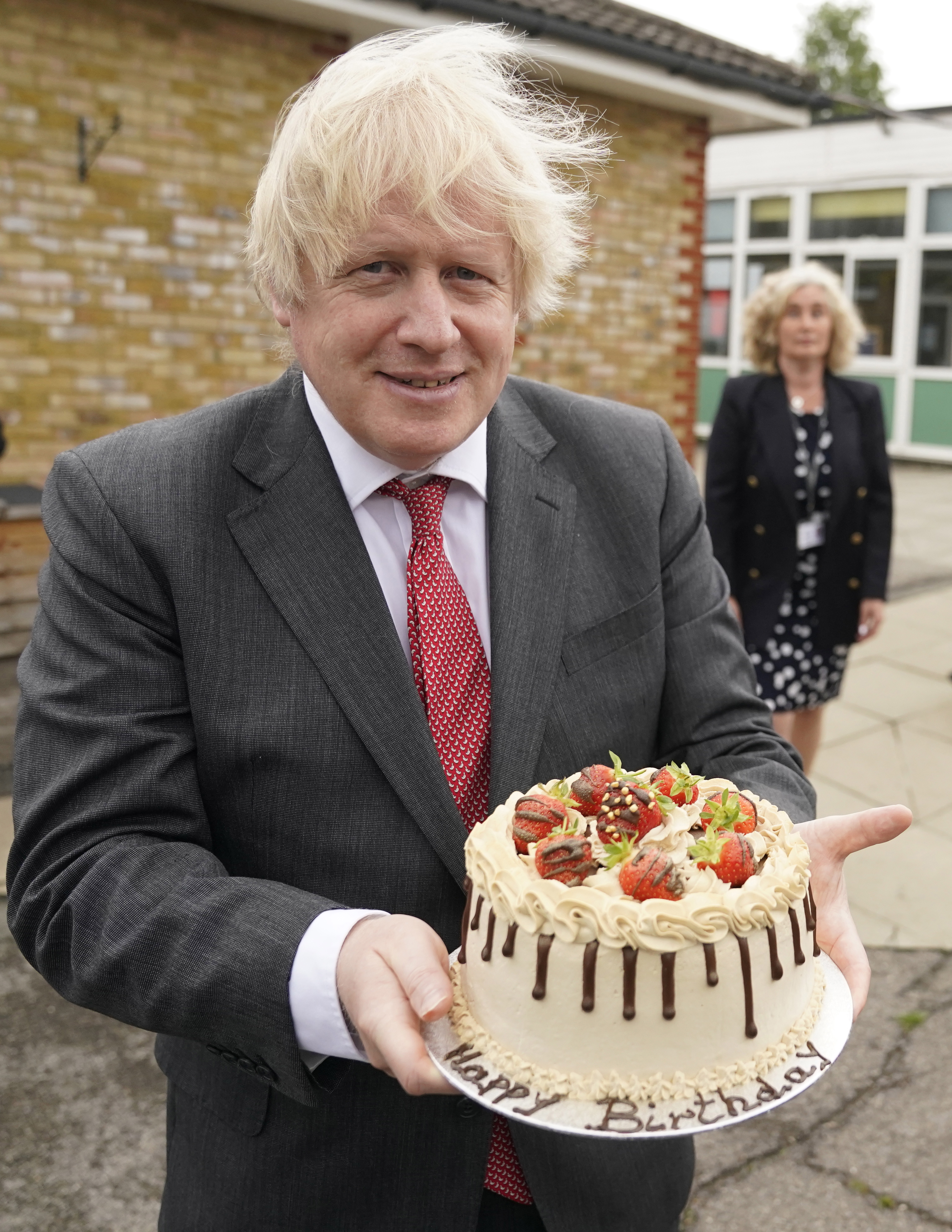 Boris Johnson will celebrate his birthday two days before the final lockdown restrictions are liftedCredit: EPA

He unveiled his roadmap to freedom this week with four stages seeing shops and hair dressers finally able to reopen while Brits will start to once again see their friends.

And June 21 will see the last restrictions eased with nightclubs allowed to open.

One Twitter user joked the PM had been “cheeky”, writing: “Boris making sure he turns up for his 57th birthday”.

Another added: “As lockdown ends a couple of days after your birthday does that mean I can get an invite to your birthday party??”

A third said: “Boris trying to lift the lockdown for his birthday?”

And another Twitter user joked “how convenient” that nightclubs would be able to reopen just two days after the PM’s birthday.

The PM has not organised the lockdown lifting to coincide with his birthday.

The lockdown is also lifted on a Monday – meaning that Boris will still have his birthday weekend two days earlier under the restrictions. 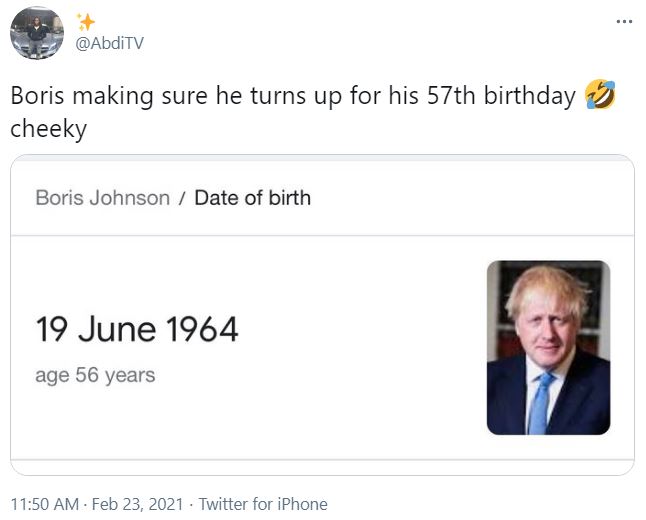 Boris will celebrate his 57th birthday on June 19Credit: Twitter 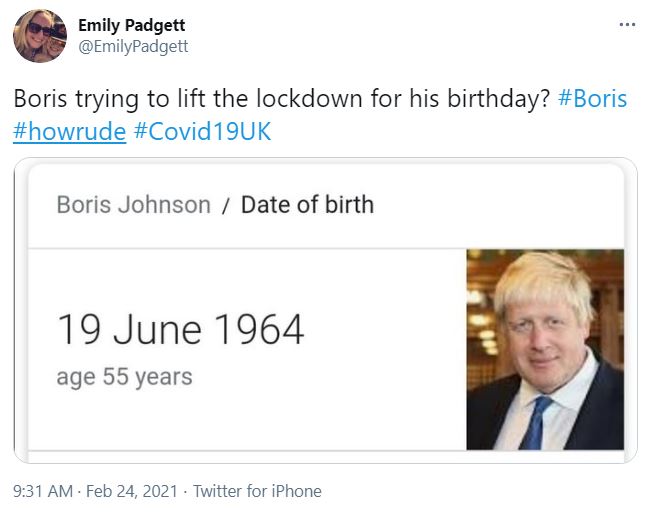 Brits joked about the timing of the final lockdown restrictions liftingCredit: Twitter 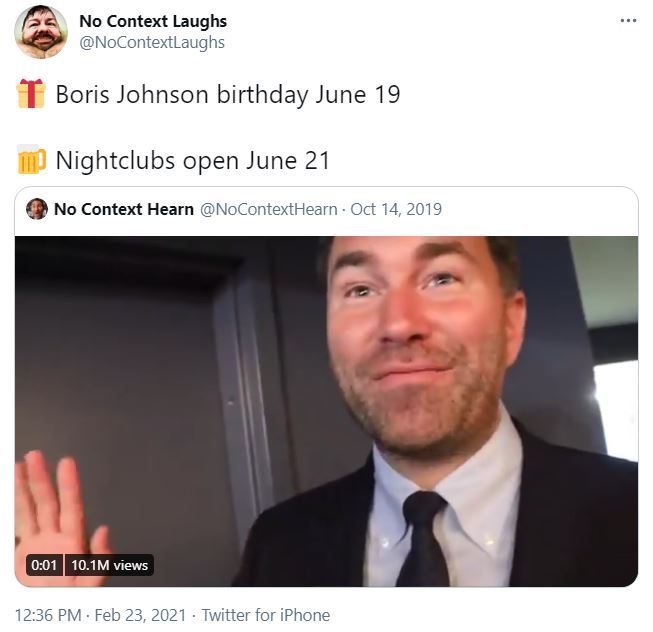 One joked it was convenient timing for nightclubs to reopen

The roadmap – revealed by Boris this week – confirmed students will head back to school on March 8.

Garden parties and outdoor barbecues will also be allowed to be held – following the rule of six or two household limit – from March 29.

Then on May 17, people in England will be able to meet inside, still following social distancing rules and limited numbers.

Travel within England will also be allowed from May 17.

And by June 21, the final restrictions will have been lifted, allowing nightclubs to reopen.

This assessment will be based on four tests:

It is hoped the country’s 54 million adults will be offered a jab by the end of July.

Boris yesterday said he was optimistic the country would be able to get back to normal life by mid-June.

He added: “I am very optimistic that we will be able to get there.”

Boris also talked about the possibility of vaccine passports and his review which would look at whether they would be an option for opening up the UK.

He said it would be an “ethical” issue to look at the certificates which may ban people from going to certain places without having the jab.

Several countries have said they will insist on vaccine passports in order to travel abroad.