Trevor Phillips blasted Foreign Secretary Liz Truss in his Sky News show this morning – and asked: “Where are people going to find the money?”

Hard-working Brits are set to face a financial battering as National Income rises in AprilCredit: Getty 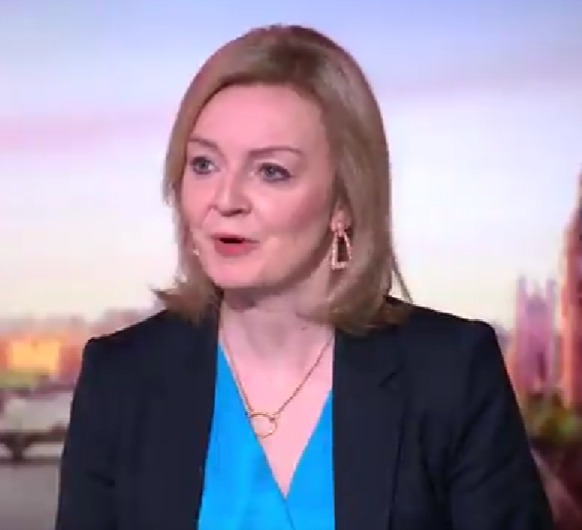 It comes as Boris Johnson and Rishi Sunak confirmed the National Insurance hike will go ahead, despite huge opposition.

Meanwhile, the energy cap will lift in the spring, sending bills rocketing by up to 50 per cent.

Ms Truss was sent out to defend the PM amid the cost of living crisis this morning.

Discussing the National Insurance rise, Mr Phillips said: “In practical terms, for an average household that’s an extra £300 a year, or, according to Office for National Statistics figures, six weeks of shopping at a supermarket.

“Assuming you don’t want most of the country to spend a third of the year not eating, where are people going to find the money?”

“The best thing we can do as a Government is opening up the economy, helping it to grow,” she said.

She later told the BBC’s Sophie Raworth: “Taxes are never popular, but as soon as possible, we want to be in a position to lower tax rates and drive economic growth.

“We do face a short-term issue, which is that we’ve spent significant amounts of money dealing with the Covid crisis.”

He suggested imposing windfall taxes on big businesses, particularly oil companies – and said they’ve been “raking it in over past couple of years.”

The PM has come under huge pressure from within his own party to scrap or delay the increase.

But Paul Johnson, director of the Institute for Fiscal Studies, said failing to go ahead with the move could throw up an issue of credibility with the public.

He argued that the tax hike is about trying to cover the “long-term ever-growing costs” of the NHS.

Mr Johnson told Times Radio: “Even if we hadn’t had a pandemic and even if the Government wasn’t doing anything about social care, they would still have needed a rise of something like this because spending on the NHS is just rising inexorably year on year on year.

“In a way, my view is that the pandemic has given them an excuse to smuggle in the rather big tax rise that they would have had to do in any case.”

From 2023, the rise is due to drop back to its current rate, with a 1.25 per cent health and social care levy then applied to raise funds for improvements to care services.

Official figures show inflation soared to a near 30-year high of 5.4 per cent in December.

But Boris Johnson says the “terrible strain” of the pandemic on the NHS can only be eased through higher taxes.

National Insurance – the tax that funds services including the NHS, maternity, sick and bereavement pay, and the state pension – will go up in April.

Here’s how your National Insurance payments will be impacted by the rise:

Why is my Amazon Alexa flashing yellow? Colours and hacks explained