BORDER staff have been boozing, taking drugs and having sex at a key testing site designed to keep mutant Covid-19 strains out of the UK, we can reveal.

Workers have been caught romping, smoking weed and taking cocaine on the night shift at Manston Airport in Kent. 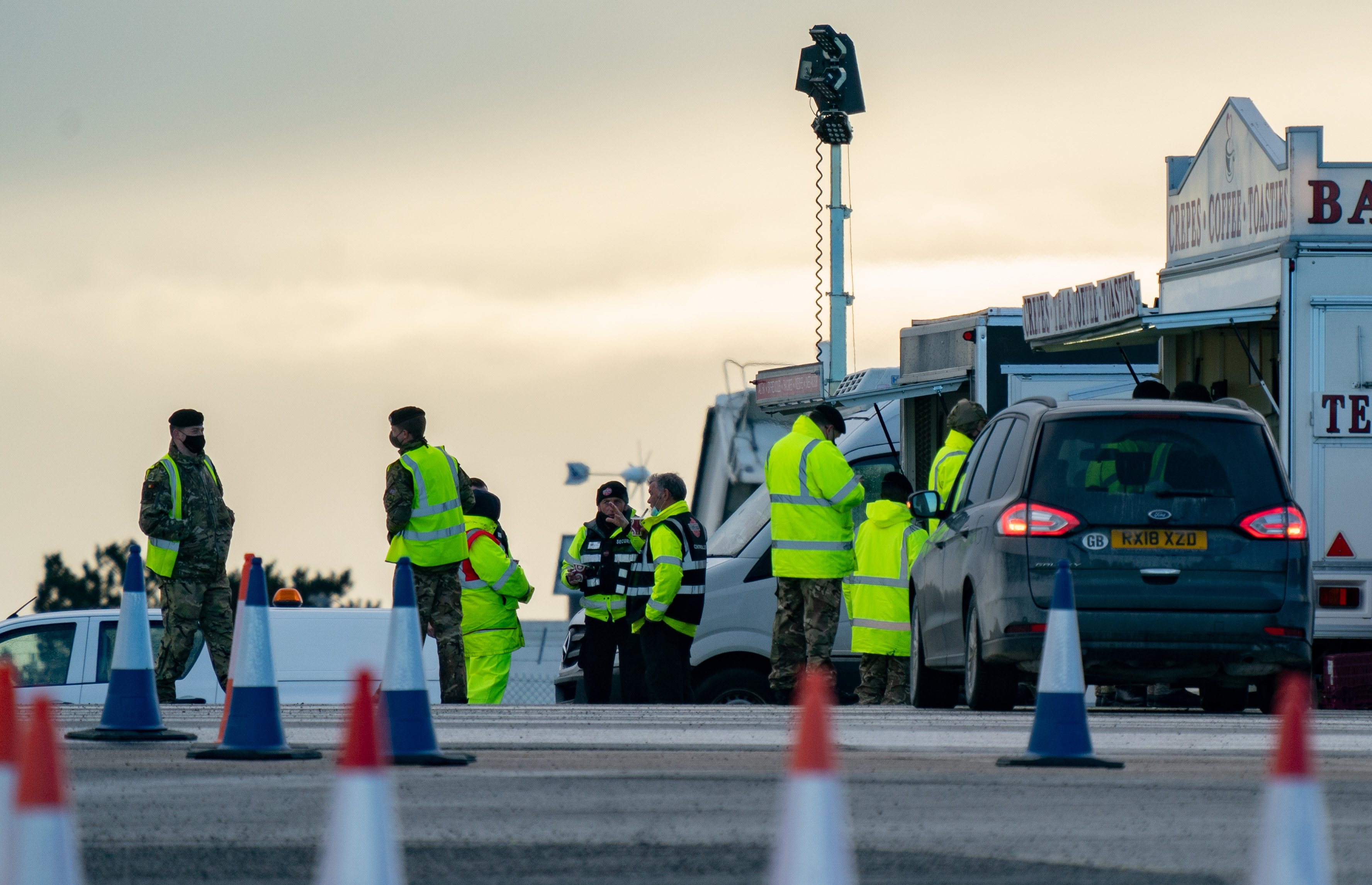 Night workers at Manston Airport in Kent, transformed in a key testing site, have been caught having sex, drinking and taking drugsCredit: Dan Charity – The Sun 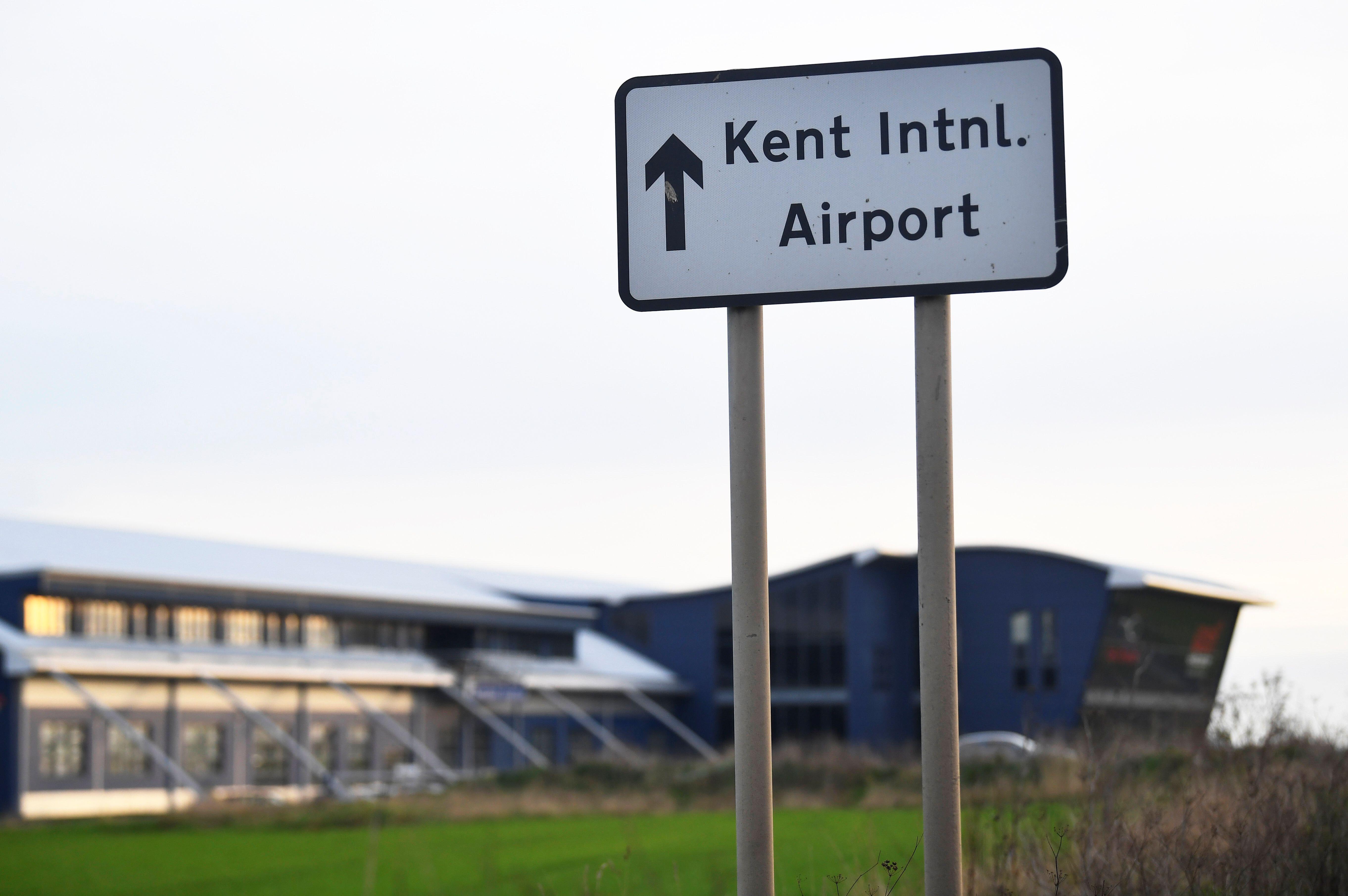 The shocking news comes as the site was designed to keep mutant Covid-19 strains out of the UKCredit: Alamy

Two staff members were said to have been fired after being found in possession of drugs, while others have been overheard offering illegal substances to colleagues.

One employee fell asleep at his post after going two nights without sleep as he did line after line of cocaine, it is claimed.

Separately, a female worker was rumbled cheating on her boyfriend with a male colleague in a metal storage container.

There have been reports of workers getting into drunken rows and verbally abusing Army Gurkhas patrolling the site. And there are serious fears that infectious truckers have been allowed to sneak into Britain because of the lax atmosphere at the government-run facility.

The shocking incidents are spelled out in a warning handed to staff with the Right Guard private security company.

An insider revealed: “It’s carnage down there. I’ve seen people drinking vodka and smoking joints on duty and cocaine is rife. People do lines as they sit in the mini vans we use to travel around the site. 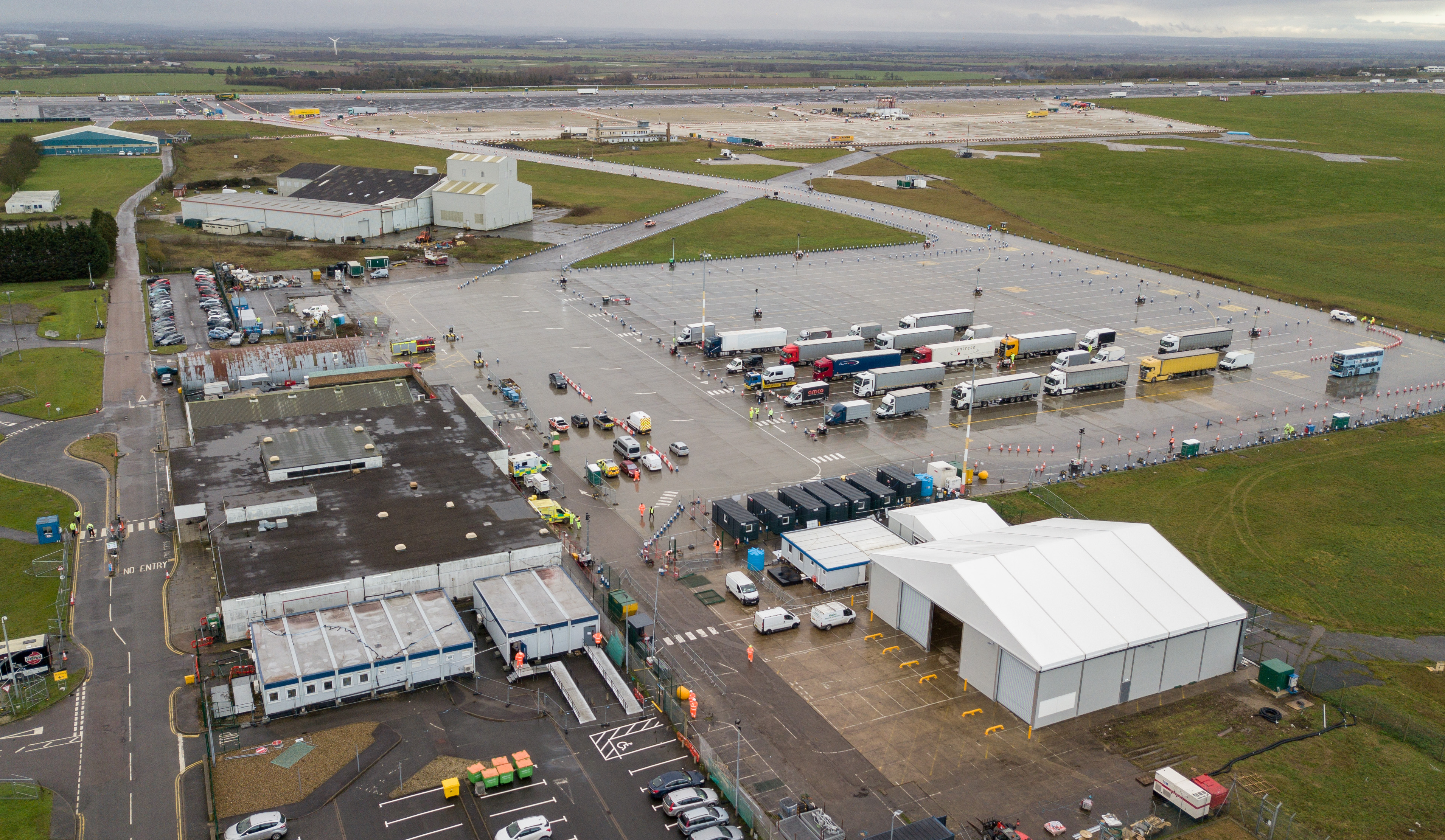 The incidents are described in a warning handed to staffCredit: Dan Charity – The Sun

‘Staff have been turning it into a party’

“A man fell asleep at his post because he had been up for two days straight taking drugs while doing back-to-back shifts. They found four wraps of coke hidden in his hat and fired him. On January 6 a man and a woman were caught having sex in the freight container we use to keep our rucksacks in. The container has windows and people could see them doing it. The girl has a boyfriend back home. Neither of them has been reprimanded as far as I know.”

The source added: “We are supposed to be battling to keep Covid out of Britain. But there are few managers around and the system is slack, on the night shift at least. There are a lot of young workers and they get bored because so few trucks come through. Saturday night is dead because French drivers aren’t allowed to work the next day and some staff have been turning it into a party.”

Manston is a former RAF airbase in Thanet, Kent, that has been turned into a huge lorry park so drivers arriving from Europe can be tested for Covid-19. It is a key part of the Operation Brock traffic management system to keep the country safe and prevent logjams on the M20 motorway.

Up to 6,000 lorries can be held at Manston after leaving the Port of Dover and Channel Tunnel. And drivers providing positive tests are expected to self-isolate there or at nearby hotels.

Our source, who is one of around 250 workers on the night shift, says most of the bad behaviour comes from the traffic management team that guides trucks to the Army-run testing facilities.

An official Right Guard document passed to The Sun warns that a full investigation has been launched and more staff could be dismissed. And it states truckers have been found with “forged negative test results”. 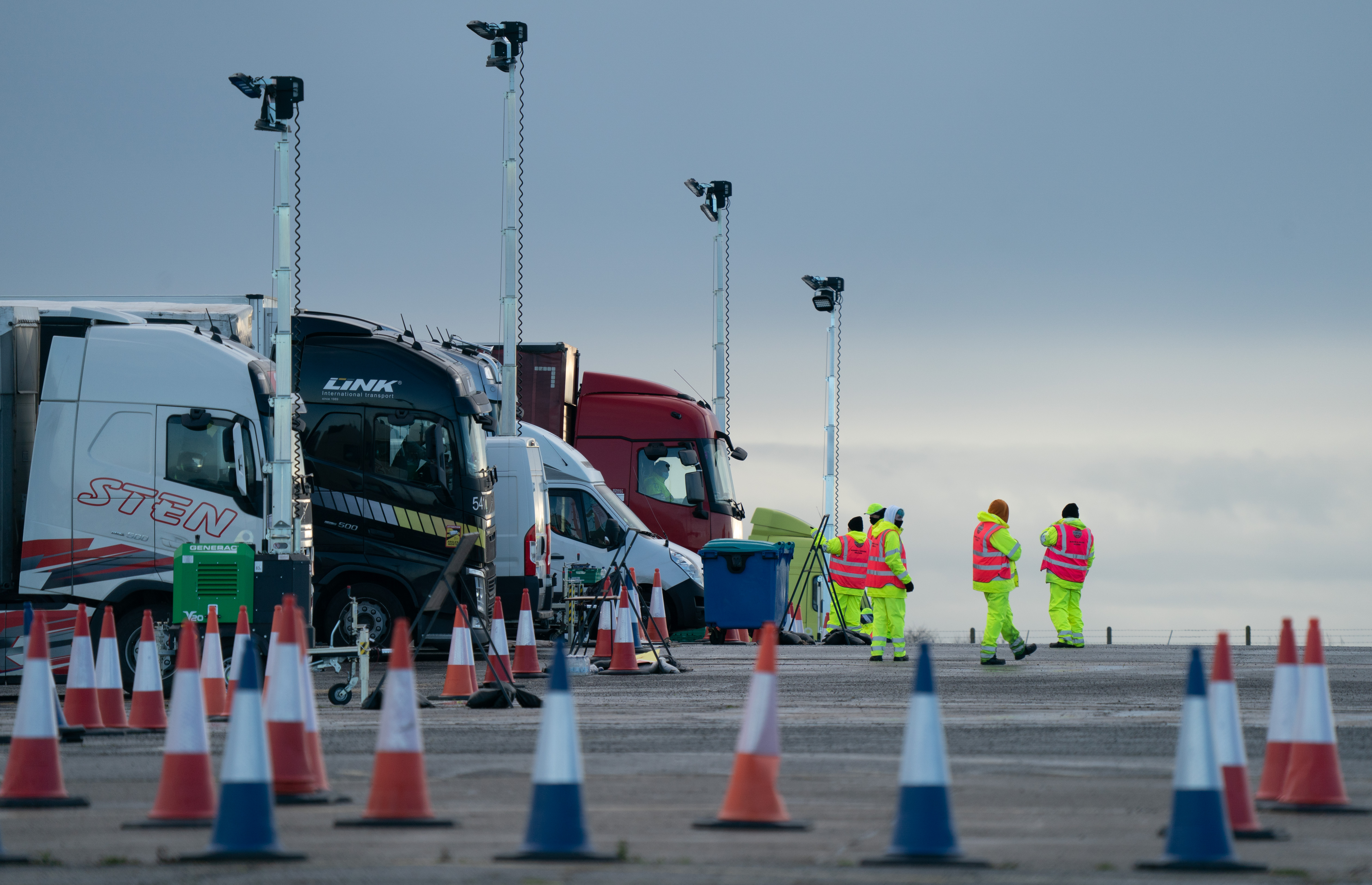 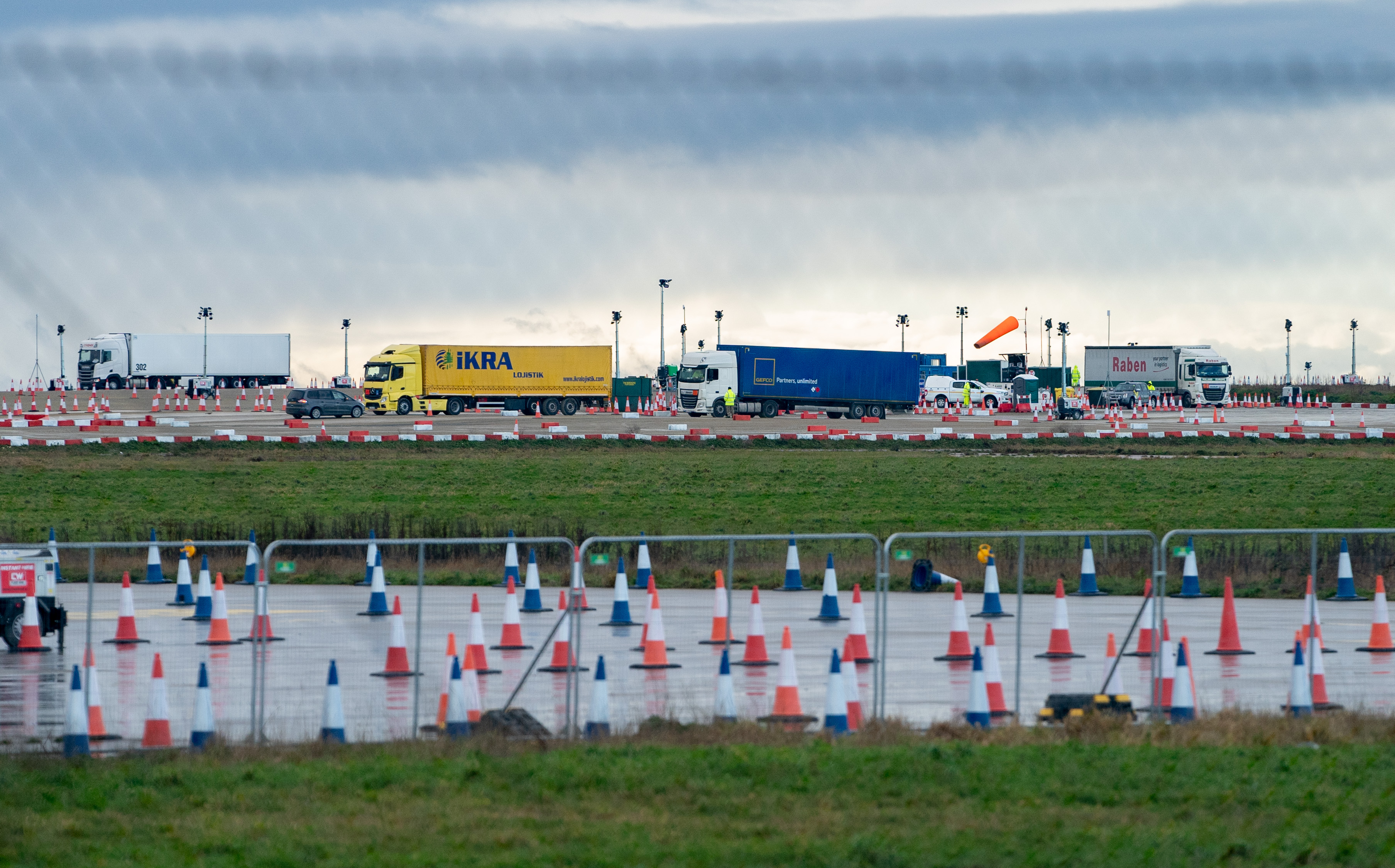 An official Right Guard document passed to The Sun warns that a full investigation has been launchedCredit: Dan Charity – The Sun

Right Guard’s managing director Tony Smith revealed his company had reported concerns that two employees were in possession of drugs to Kent Police.

He said: “We now conduct random drug searches. I have no knowledge of any drugs being found on an employee.” But he denied anyone had been sacked: “Two members of staff were spoken to by security and then decided to leave their jobs of their own accord. We did not fire them.”

On the fake documents, he added: “We discovered in early January that some truck drivers were attempting to use forged tests. We reported this to Kent police and they have launched a major investigation that is still ongoing.”

UK Covid deaths drop by a THIRD in a week as 828 more die and another 18,262 test positive