A BIZARRE new nose only Covid mask has been debuted by scientists in Mexico.

Unlike a full face mask designed to cover both the mouth and nose, the new covering has been created so that people can eat and drink while keeping their nose covered. 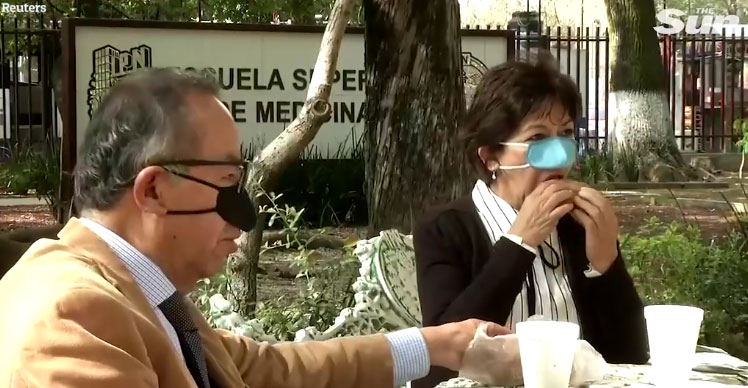 The new mask has been developed by researchers in MexicoCredit: Reuters

At present in the UK the use of a face mask or covering is mandatory on all public transport and in supermarkets.

There are some exemptions on wearing a face mask but the majority of people have to wear them – especially in areas where it isn’t possible to remain a safe distance away from others not in your household.

While the regulations differ in various countries, researchers in Mexico state that it lowers the risk of Covid-19 infection while you’re eating.

For extra protection, the mask can be worn underneath a regular mask.

If you’re out and about you won’t need to lower your mask to eat and any droplets coming from your nose will be prevented from escaping, the researchers suggest.

Despite the researchers putting forward the new design, social media users were unimpressed with the new precaution.

One user said the mask was as much use as a “condom that only covers the balls”.

One social media users joked that the mask was ‘like a condom that only covers the balls’Credit: Twitter 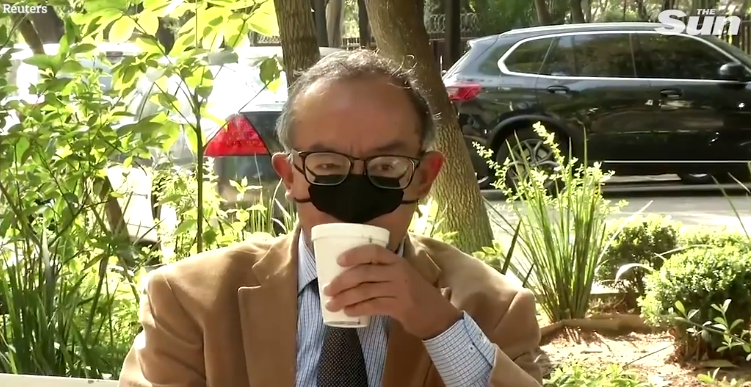 Others said it was an “idiotic use of fabric”, while some users questioned where they could get their hands on a mask as they wanted extra protection.

In the video, two people are seen sitting at an outdoor dining table, they take off their normal masks and reveal the nose mask underneath before nibbling away at lunch.

It’s not clear where in Mexico the research has hailed from and how the research into the masks was carried out.