PRESIDENT Joe Biden said he wore a mask outside despite the eased restrictions for vaccinated Americans so people could “watch him take it off and not put it back on until I walk back inside.”

Earlier on Tuesday, the Centers for Disease Control announced that fully vaccinated Americans can go outside without wearing masks unless they are in a large crowd of strangers. 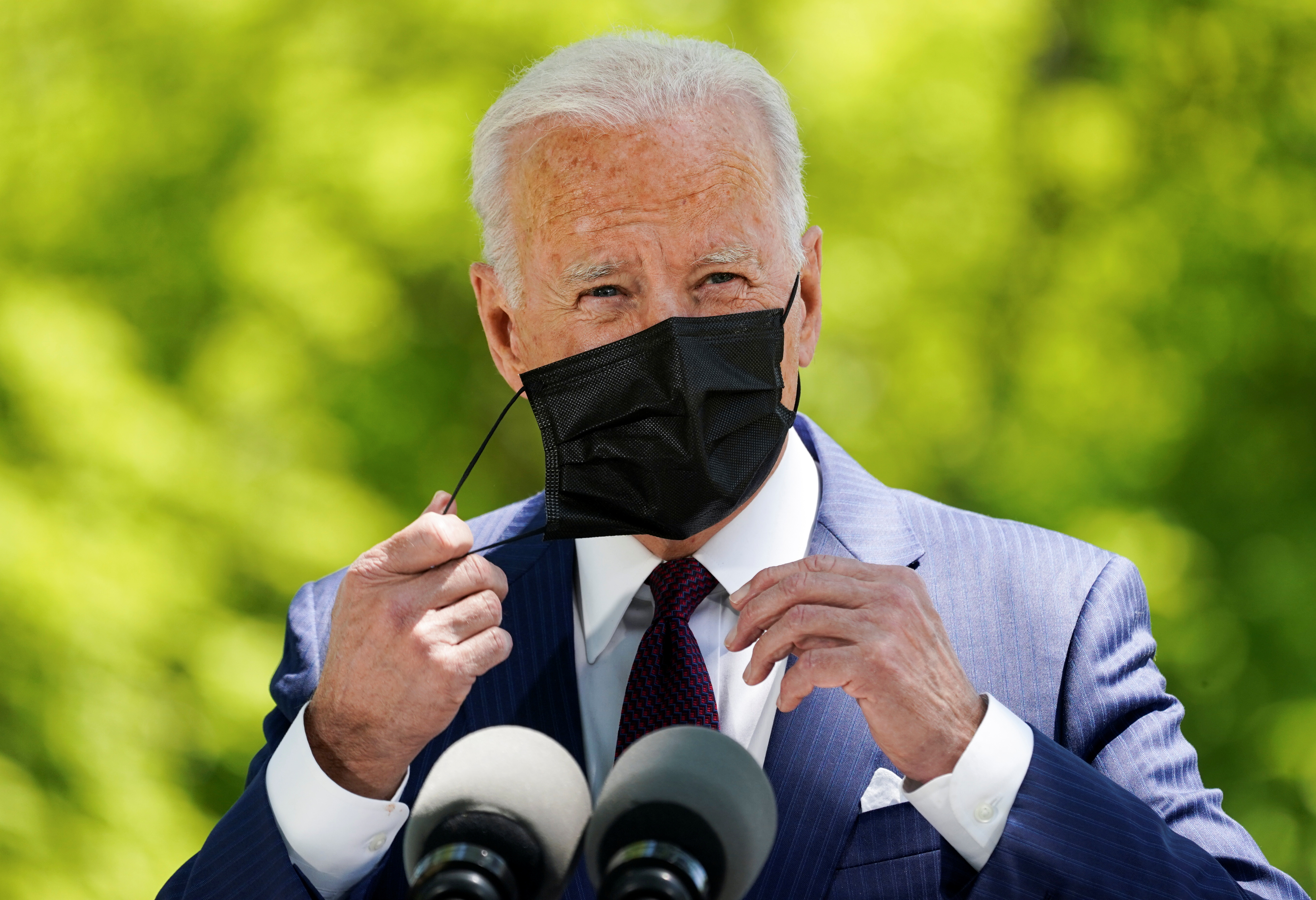 Joe Biden still wore his mask as he walked out of the White HouseCredit: Reuters 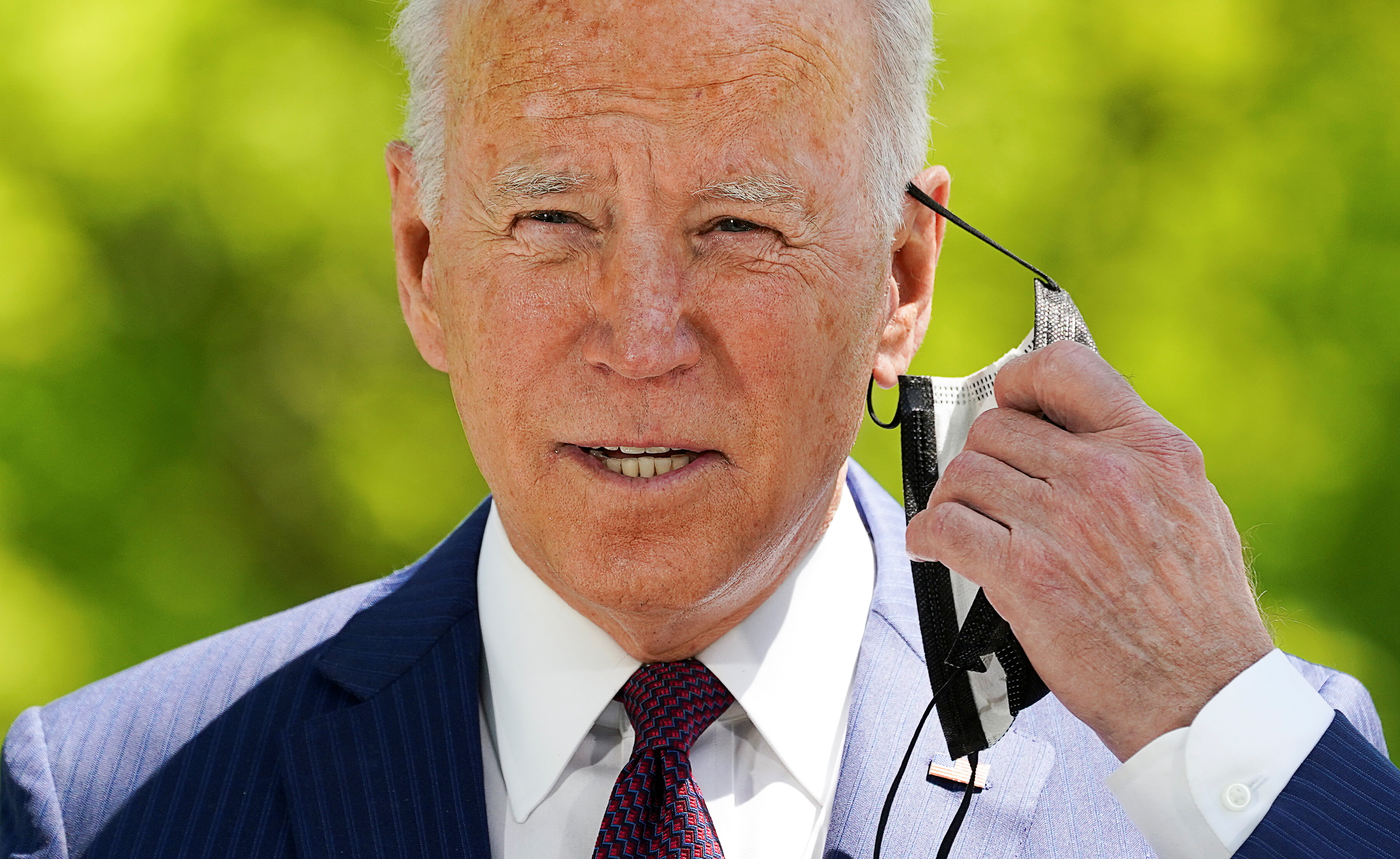 He only removed it once he reached the North LawnCredit: Reuters 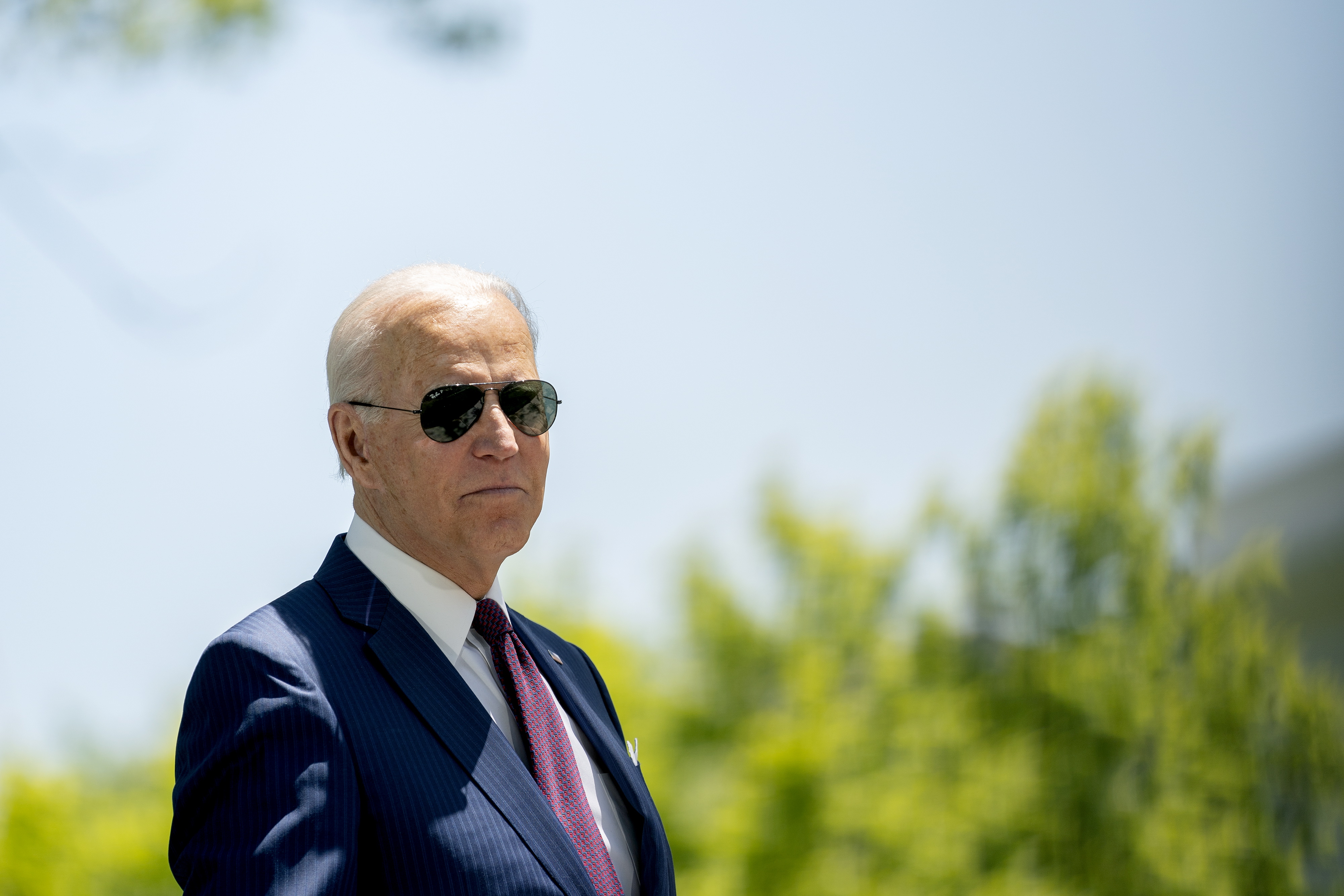 Biden left his mask off as he walked back insideCredit: EPA

It means that Americans can gather in smaller groups and dine outdoors without having to be concerned with face coverings.

“I want to be absolutely clear. If you’re in a crowd, like a stadium or a conference or a concert, you still need to wear a mask, even if you’re outside,” Biden told reporters during a press update.

“But beginning today, gathering with a group of friends in a park, going for a picnic, as long as you are vaccinated and outdoors, you can do it without a mask.” 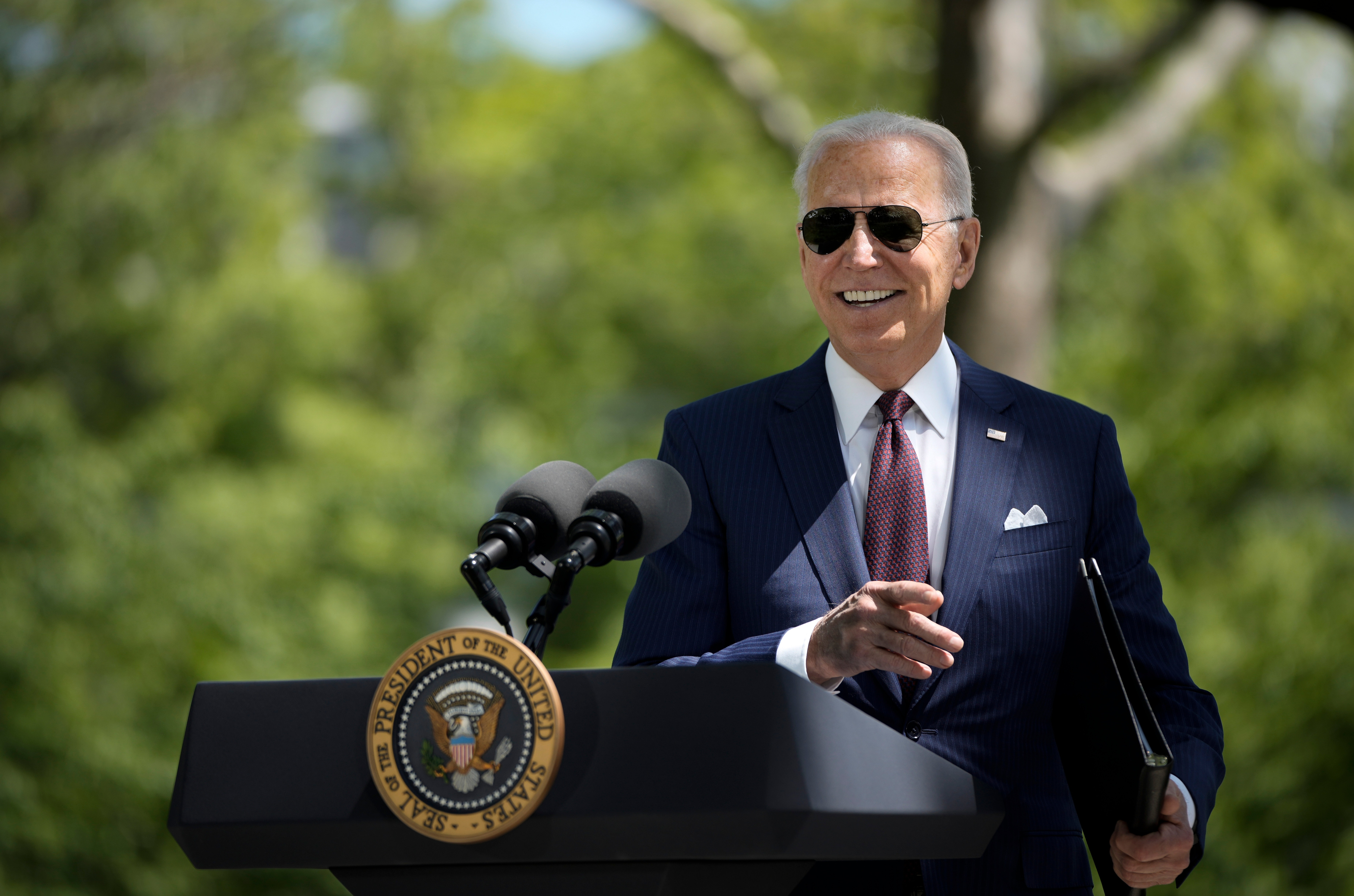 Biden laughed as he said he wanted people to see him take off the mask and leave it offCredit: Getty 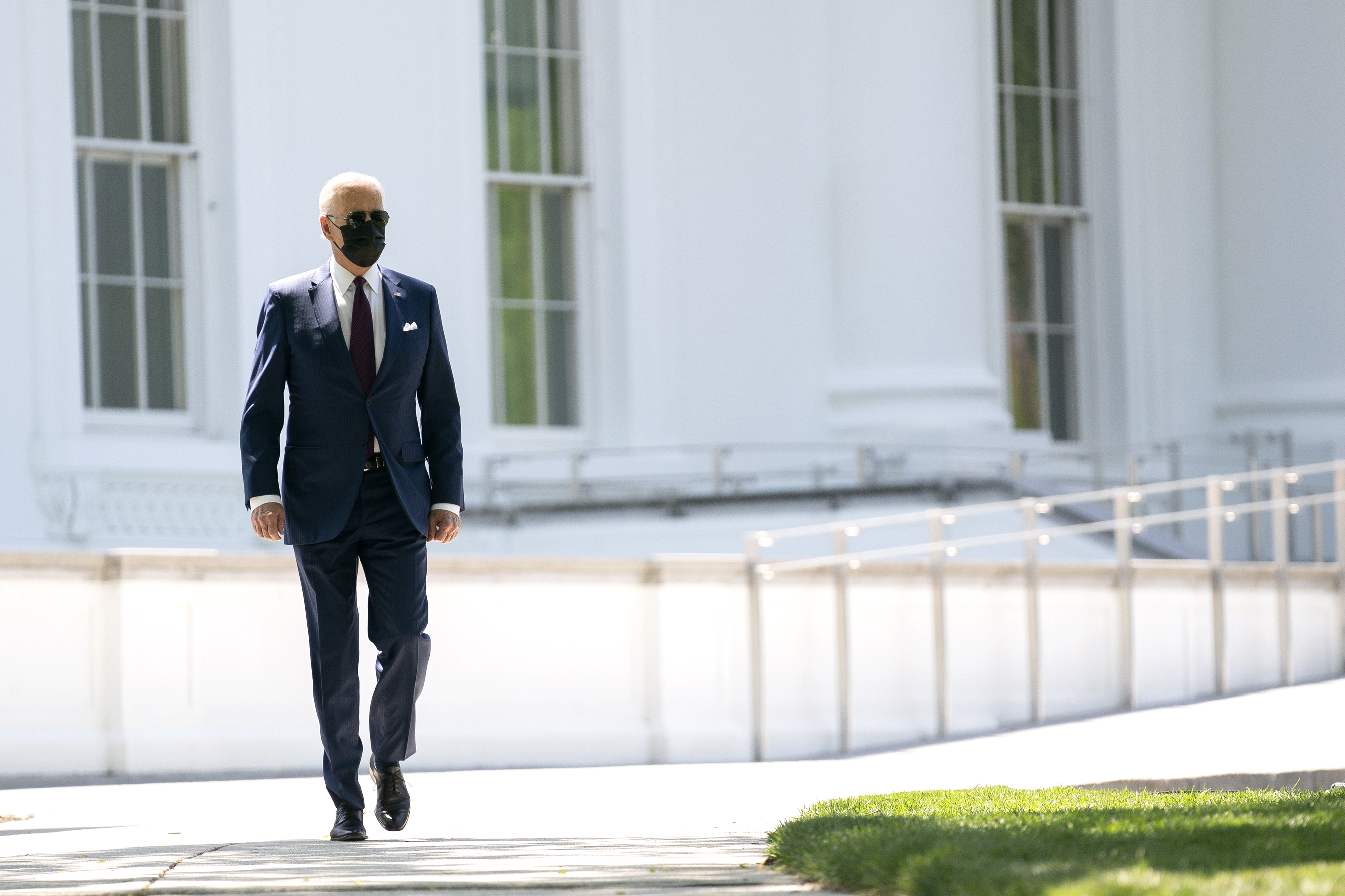 Biden’s mask remained on despite the eased restrictionsCredit: EPA 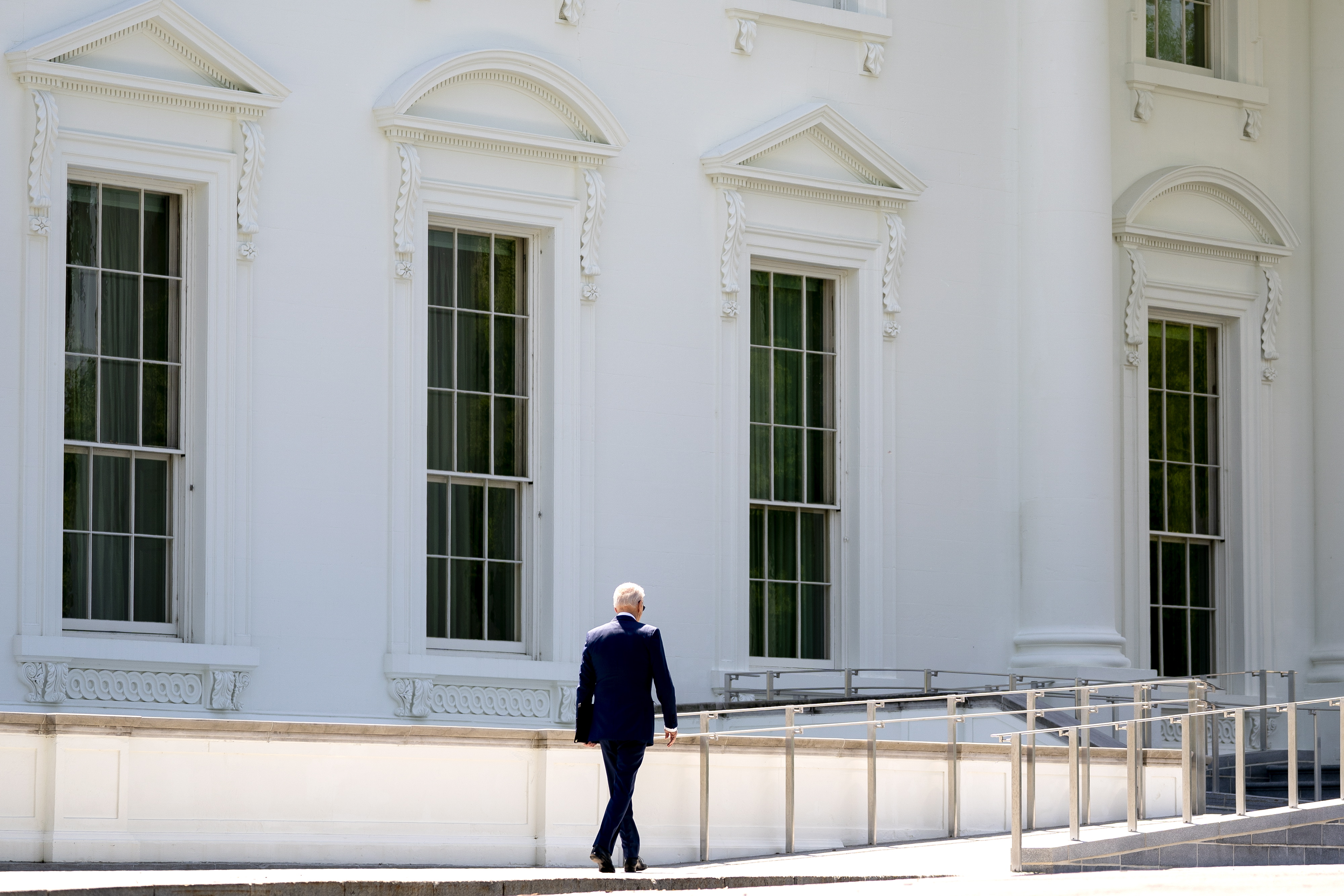 He walked back inside masklessCredit: EPA

The updated health advice comes as more than half of all adults in the US have now received at least one dose of the Covid-19 vaccine, according to the CDC.

Biden on Tuesday touted the easing of the regulations on face masks as “another reason to go get vaccinated now.”

“The CDC is able to make this announcement because our scientists are convinced by the data that the odds of getting or giving the virus to others is very, very low if you’re both been fully vaccinated and out in the open air,” the president explained.

“The CDC also has clarified which outdoor activities are safer or less safe, depending on whether you’ve been vaccinated.

“If you’re vaccinated, you can do more things, more safely, both outdoors, as well as indoors.

“So, for those who haven’t gotten their vaccination yet, especially if you’re younger or thinking you don’t need it, this is another great reason to go get vaccinated, now, now.”

After he had delivered his remarks, Biden was pushed about the message he was trying to send as he didn’t replace his mask after his comments on the North Lawn.

He was also questioned as to why the eased restrictions only apply to vaccinated Americans if the risk of the spread of Covid while outdoors is low.

“The science indicates that this is the most certain way to make sure it doesn’t spread if both people have been vaccinated, the people you’re with and you’re outside,” he responded.

Biden chuckled as he said that he wanted Americans to be able to watch him returning to the White House and only put his mask back on when he was going indoors.

During Tuesday’s press conference, the president also committed to sending vaccines to India and other countries amid ongoing discussions over how soon doses could be shipped out.

“I think we’ll be in a position to be able to share, share vaccines as well as know-how with other countries who are in real need, “Biden said.

“That’s the hope and expectation.” 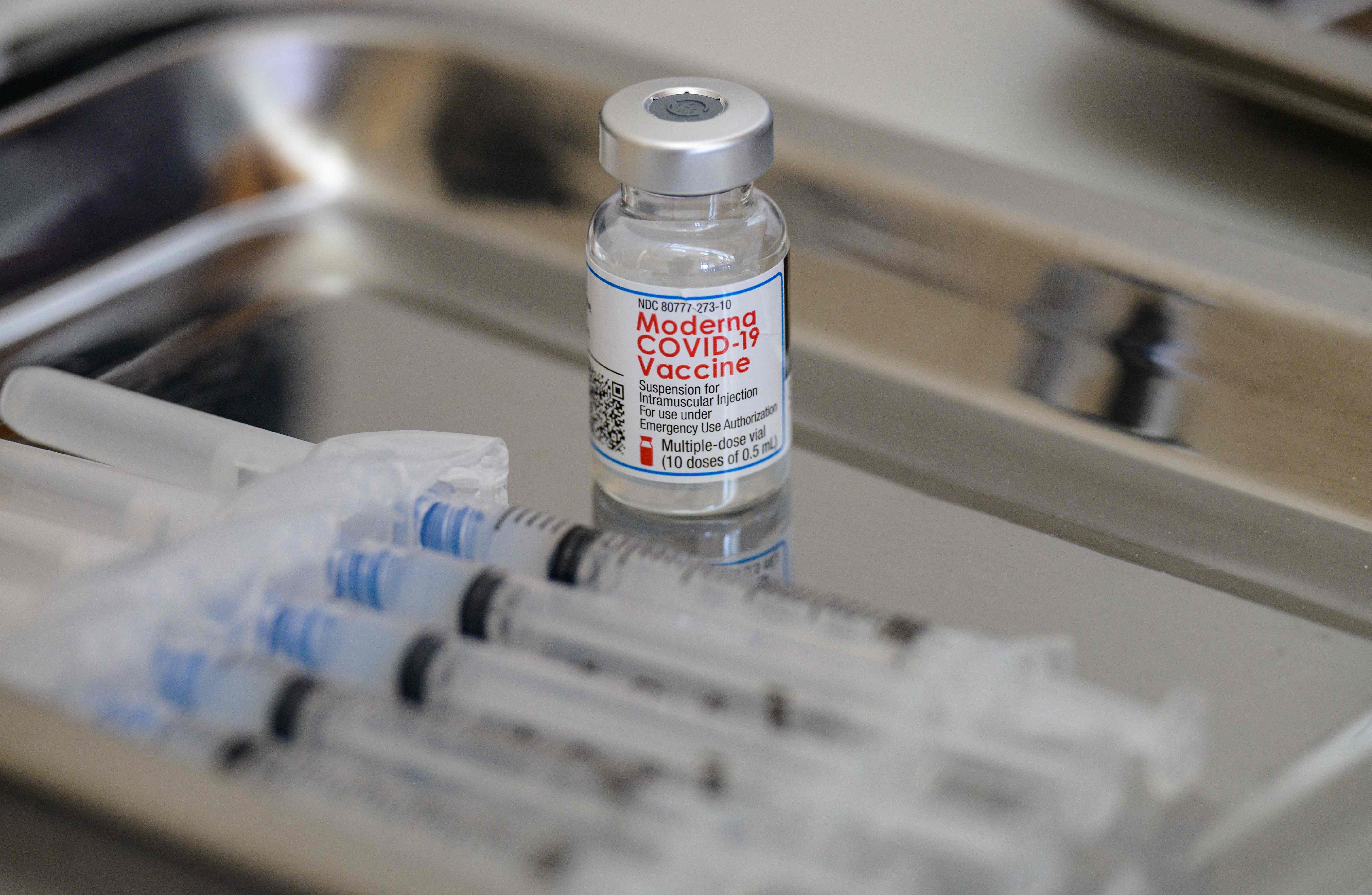 It comes as more than half of all adults in the US have now received at least one dose of a Covid vaccineCredit: AFP

Wearing face masks has been considered by experts as one of the most effective ways of controlling virus transmission.

With most COVID-19 transmission occurring indoors, and vaccinations on the rise, the use of masks outdoors has been under public debate for weeks as Americans look to enjoy the benefits of being fully vaccinated.

New Covid-19 cases have dropped 16 percent in the last week as the US surpassed 140million people who have received at least one shot of authorized vaccines from Pfizer/BioNTech, Moderna, or Johnson & Johnson’s one-dose vaccine.

This was the biggest percentage drop in weekly new cases since February, according to a Reuters analysis of state and county data.

She accused Biden of making himself a laughing stock by continuing to wear a mask during a virtual climate summit with world leaders, despite being in a room by himself.