JOE Biden furiously snapped at a White House pool reporter who grilled him on his plan for the Covid vaccine rollout in the US.

The President lashed out after being asked if his plan to vaccinate millions of citizens against coronavirus was not ambitious enough. 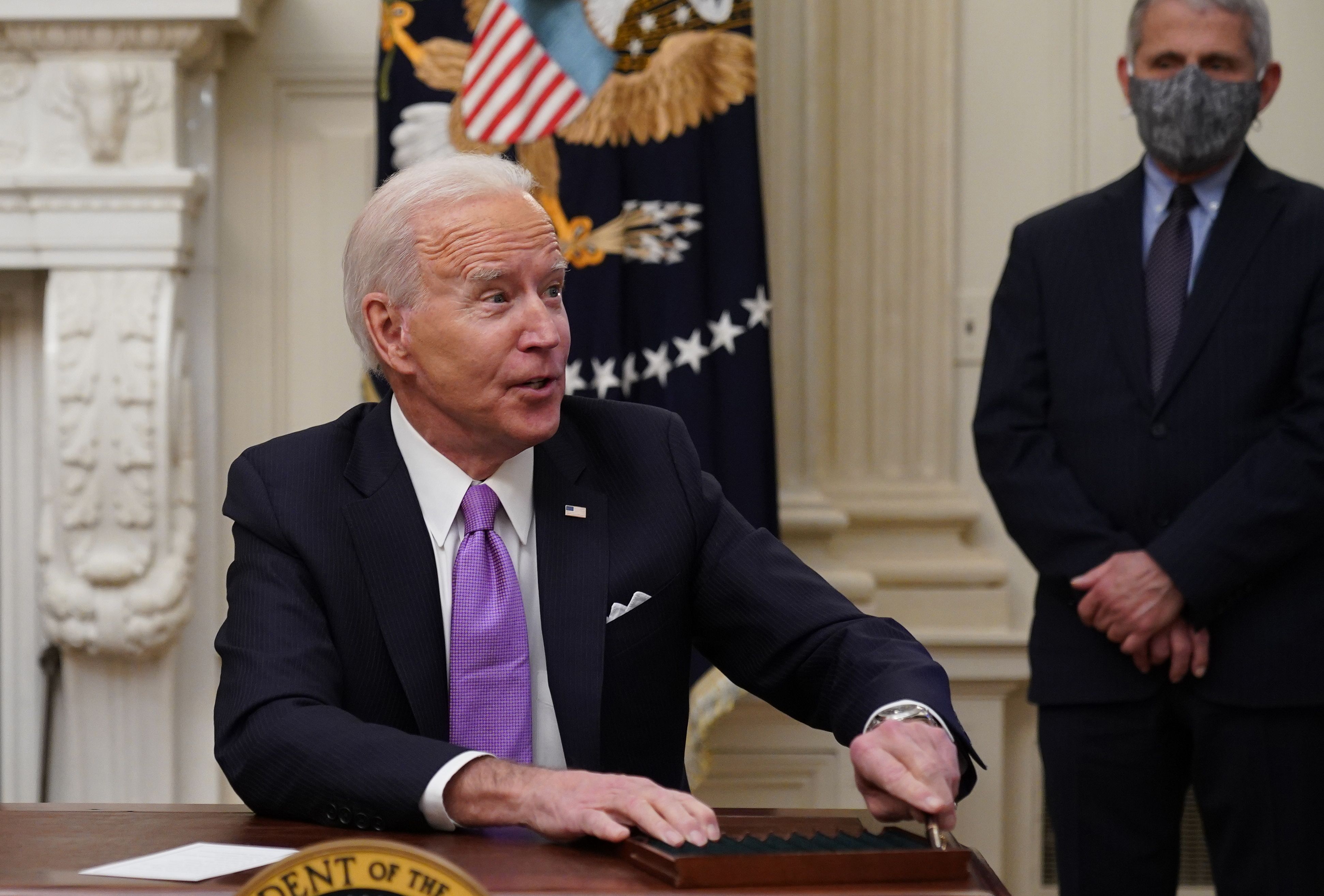 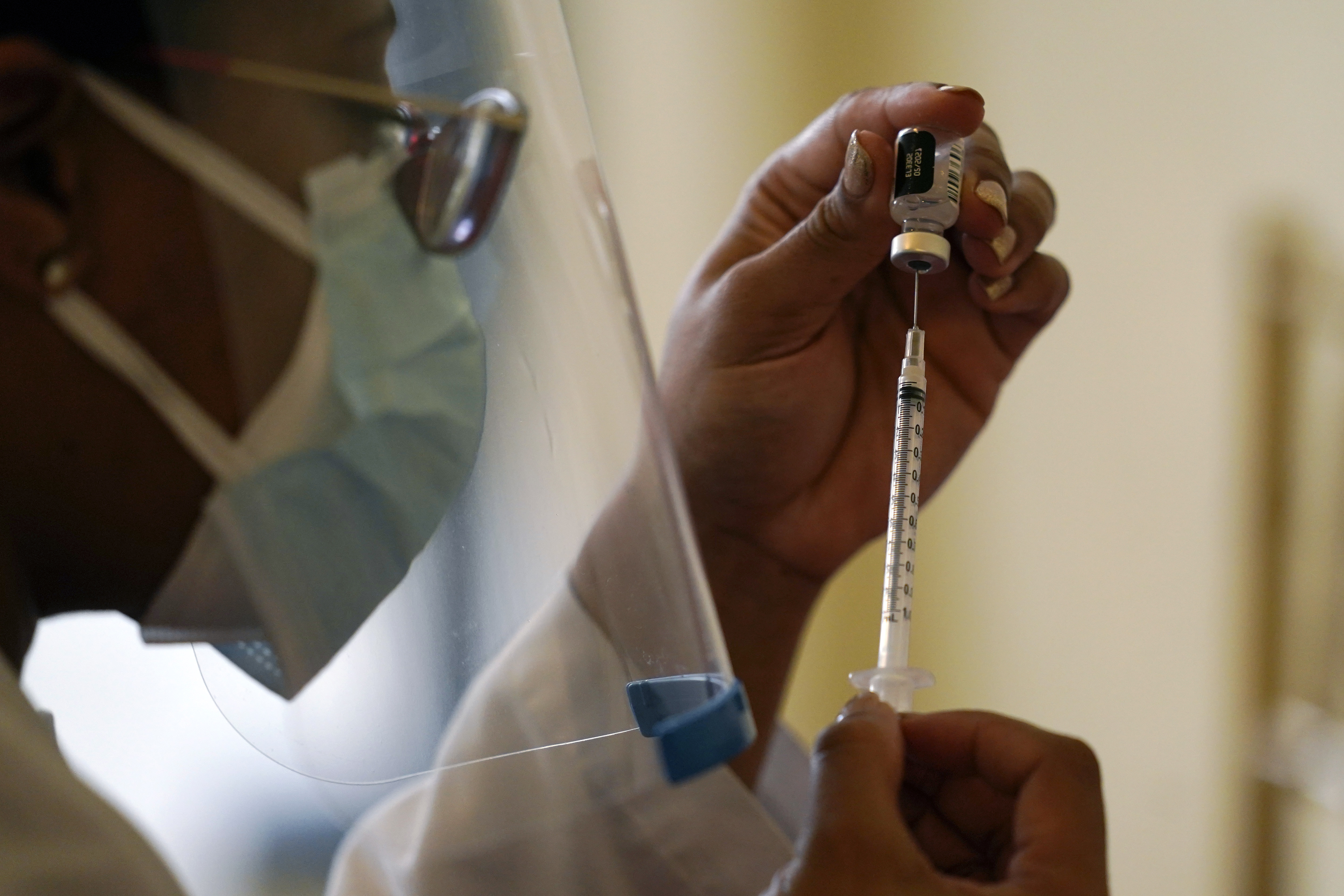 The President said he intended to roll out 100 million vaccines within 100 daysCredit: AP:Associated Press

The outburst unfolded as reporters were ushered out from the room after Biden outlined his plan to vaccine Americans as the coronavirus pandemic continues to kill thousands of Americans each day.

While the President prepared his things to leave, he was asked by the reporter if 100 million vaccines within 100 days was too low of a goal.

He shouted: “Is that high enough? Shouldn’t you set the goal higher?”

But this appeared to have triggered Biden.

Brushing off the question, he said: “When I announced it, you all said it wasn’t possible.

As Biden took office yesterday, with an estimated 912,497 vaccine doses had been delivered per day under outgoing President Donald Trump, Bloomberg News reported.

This was not the first time Biden has lost his cool with a journalist.

At a campaign event in Wilmington, Del., in June 2020, Biden, 78, lashed out at questions about whether he suffered mental deficits.

Saying he was constantly tested, he added: “You’re a lying dog face.”

And that came after Biden notoriously called a college student a “lying dog-faced pony soldier” at a campaign event in New Hampshire back in February 2020.

The Mercer University student, Madison Moore, 21, said it was “humiliating to be called a liar on national TV by the former vice president”. 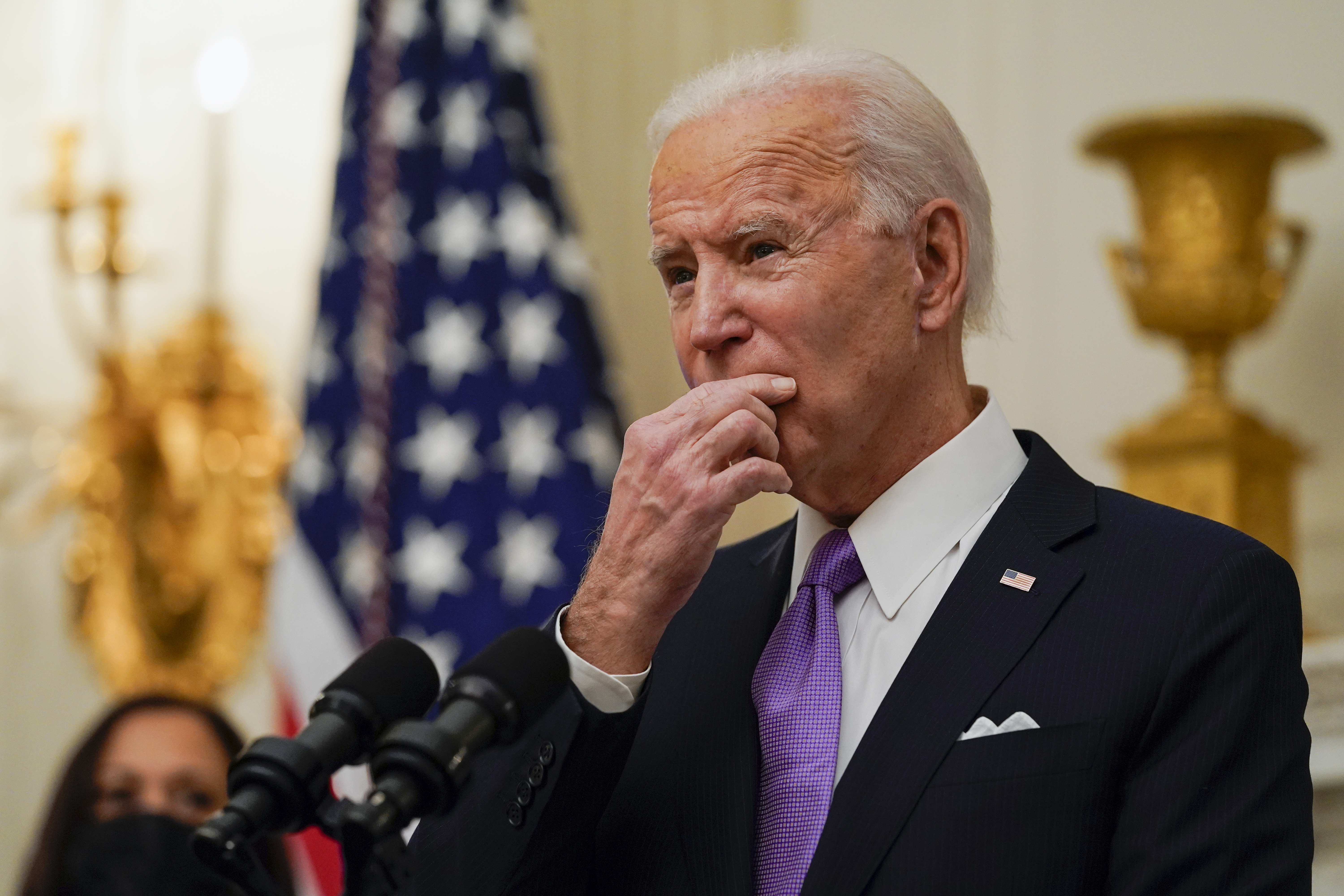 Biden defended his plan to deliver 100million vaccines within 100 days of his presidency Credit: AP:Associated Press 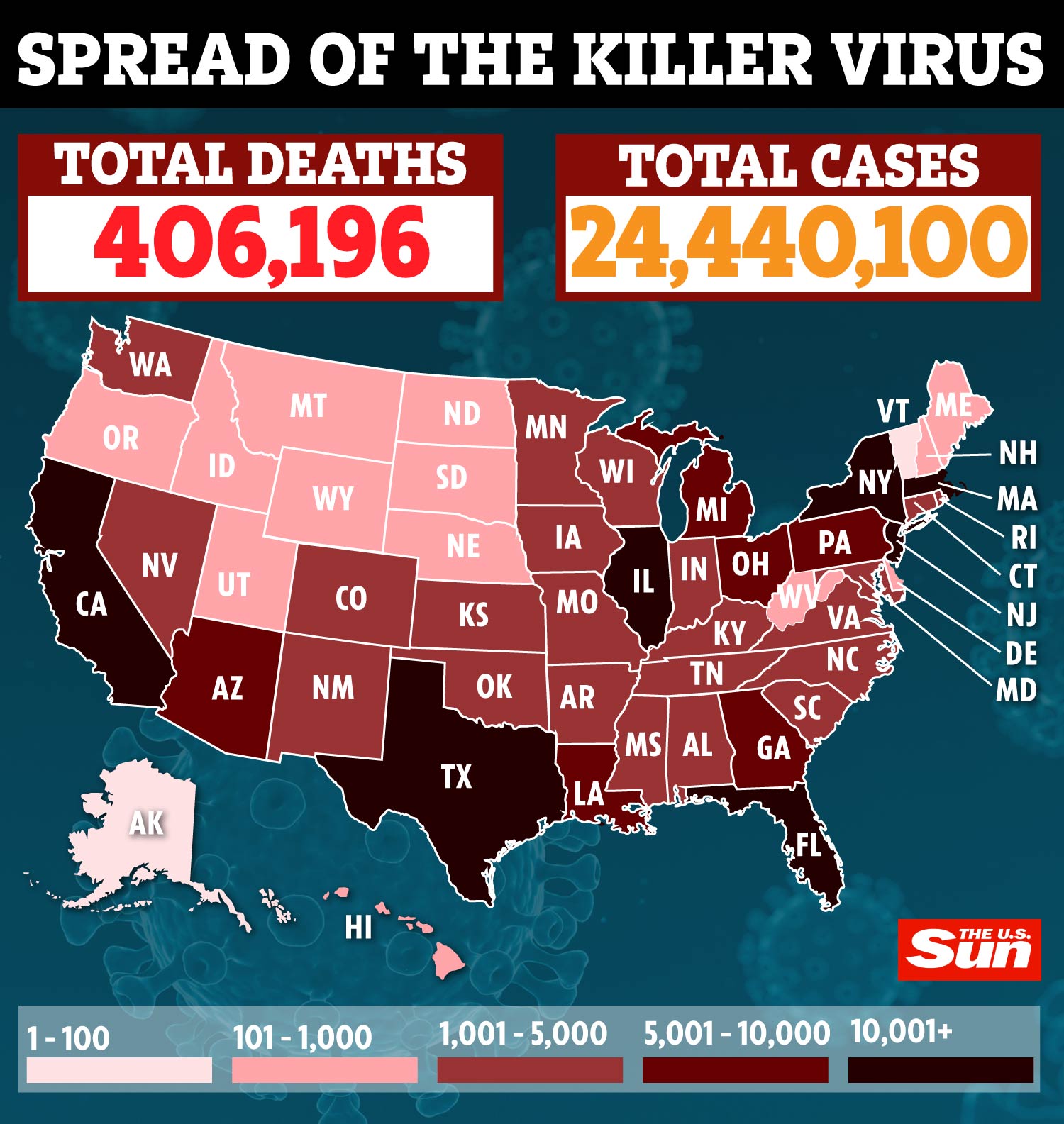 The infectious diseases expert also promised that, going forward, the Biden administration would be “open and honest” about the ongoing fight against coronavirus.

Dr Fauci, the director of the National Institutes of Health and the nation’s top infectious disease expert, said: “One of the things that was very clear as recently as about 15 minutes ago, when I was with the president… is that… we’re going be completely transparent, open, and honest.”

Fauci acknowledged that the US coronavirus death toll, which surpassed 400,000 earlier this week, is “unfortunately historic in a very bad sense”. 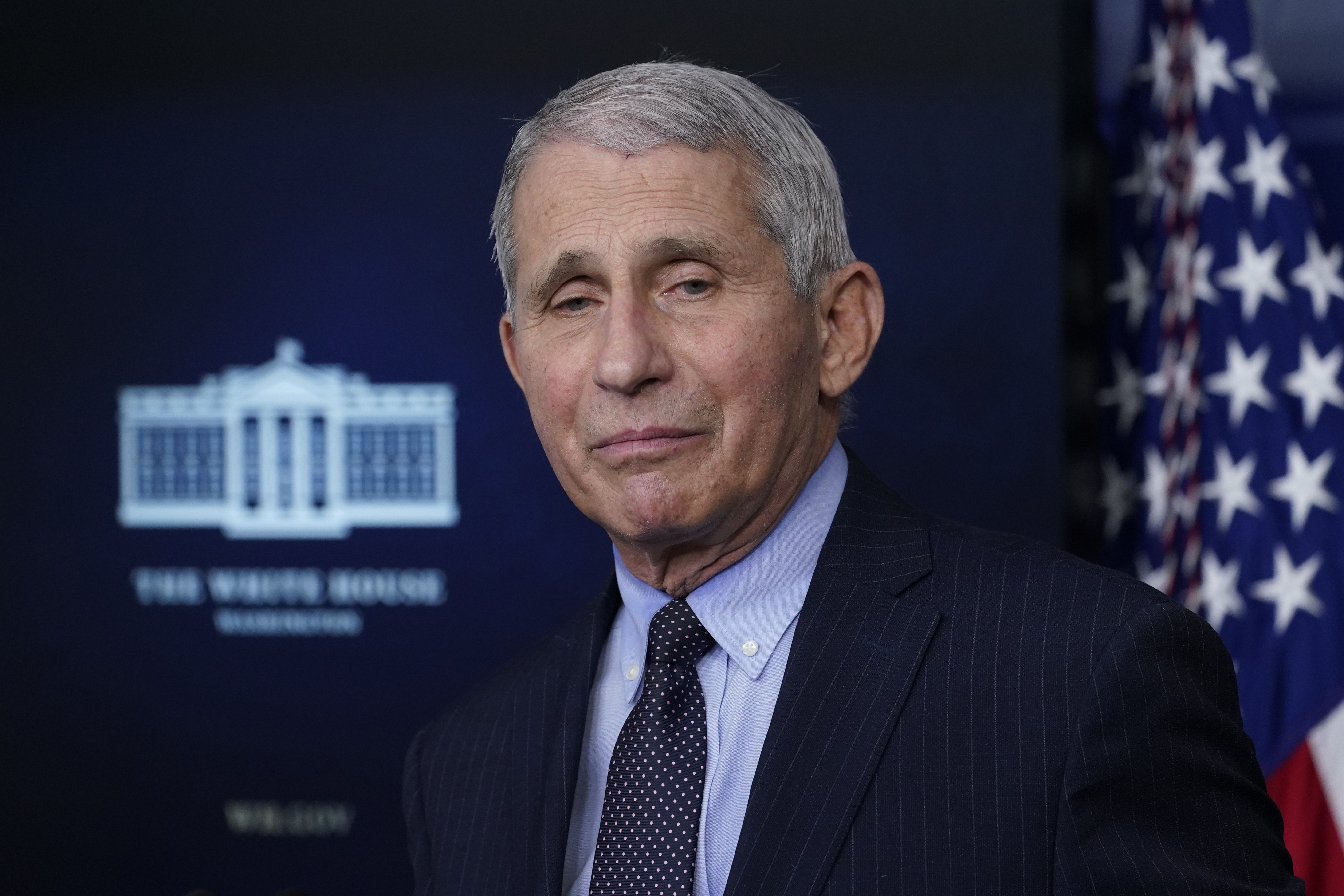