SPANISH bar owners have promised the “best ever” summer for British holidaymakers after the country’s tourism minister confirmed sunseekers can return to the beaches when borders open in June.

Pubs, bars, restaurants, hotels and tour operators in the country’s most popular beachside resorts told The Sun Online they are preparing for a summer of fun following news they can welcome “loyal” Brits back for long-awaited holidays. 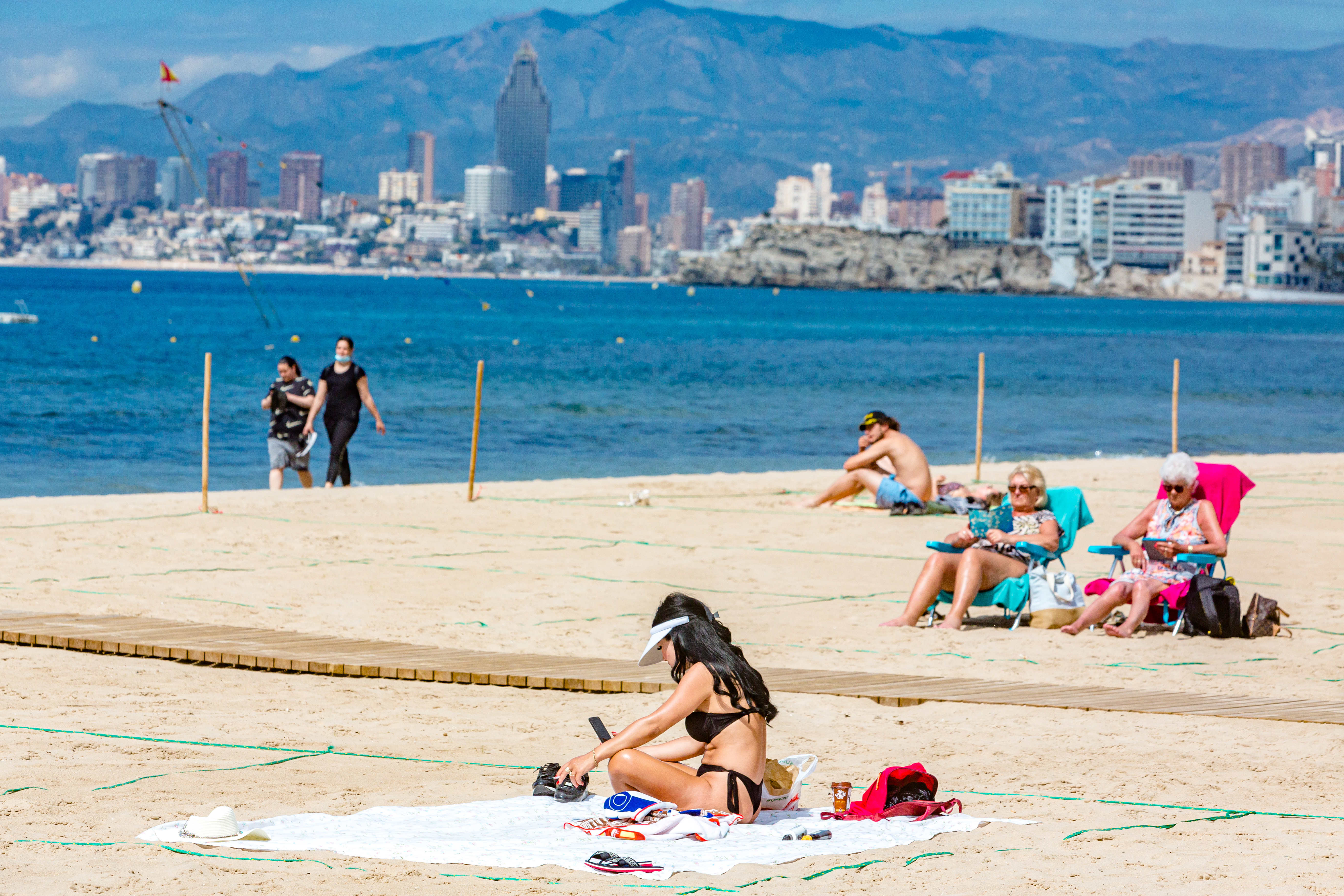 Spanish resorts including Benidorm are planning a summer to remember after news borders will reopen in JuneCredit: Solarpix 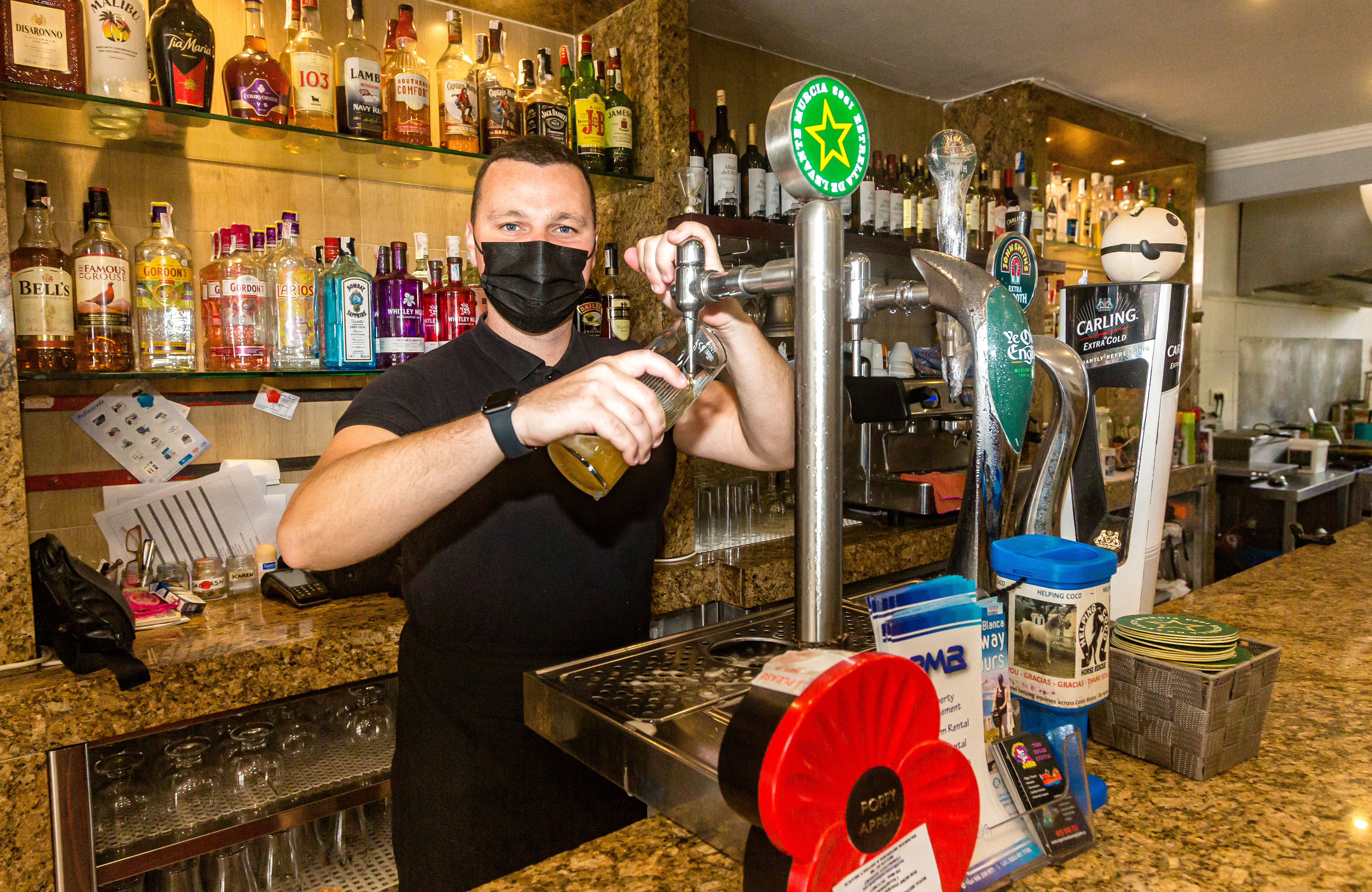 Ashley Price said he hopes Benidorm can get back to normal when borders openCredit: Solarpix 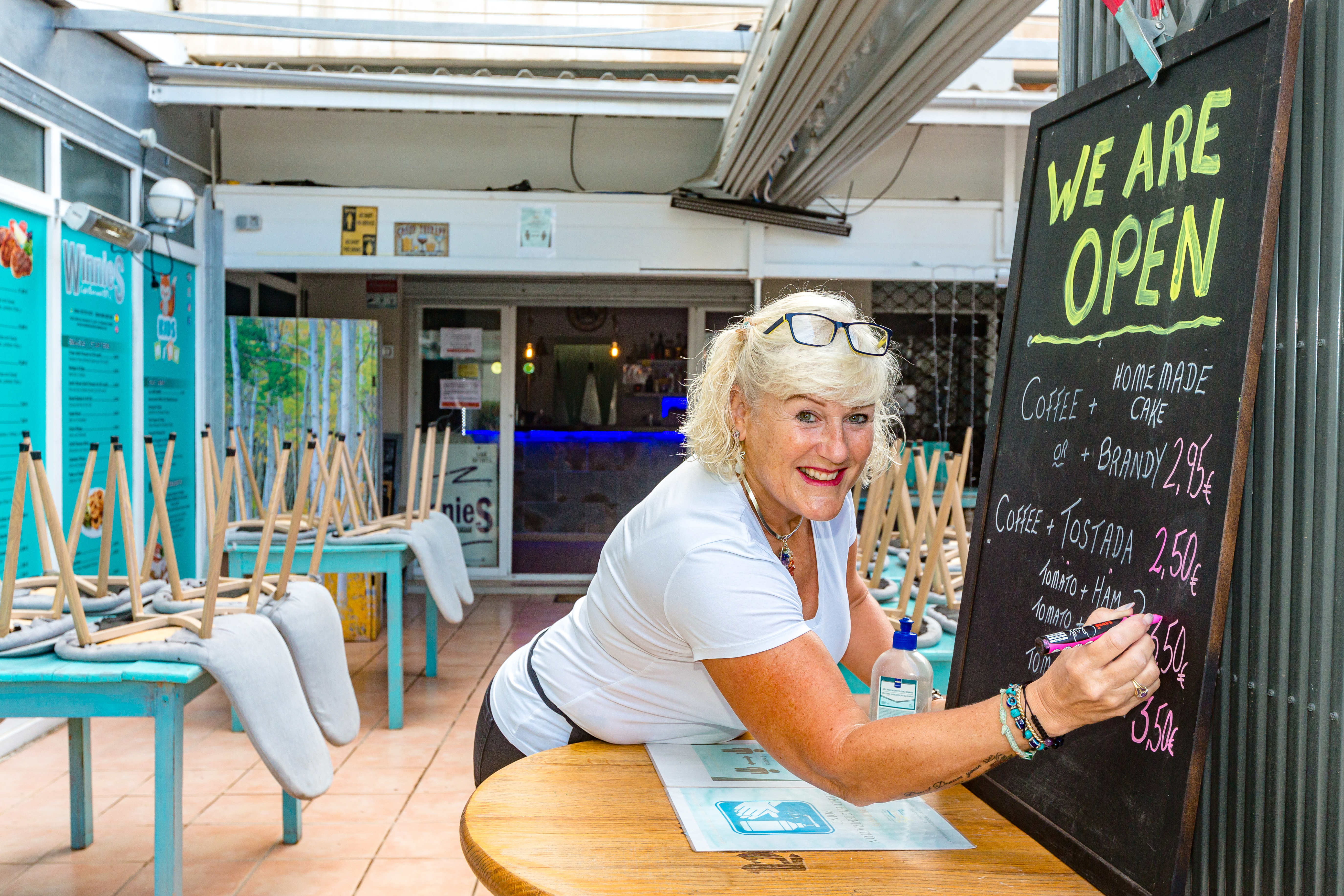 Diane Charlesworth at Winnies Cafe Bar is ready to welcome back the BritsCredit: Solarpix 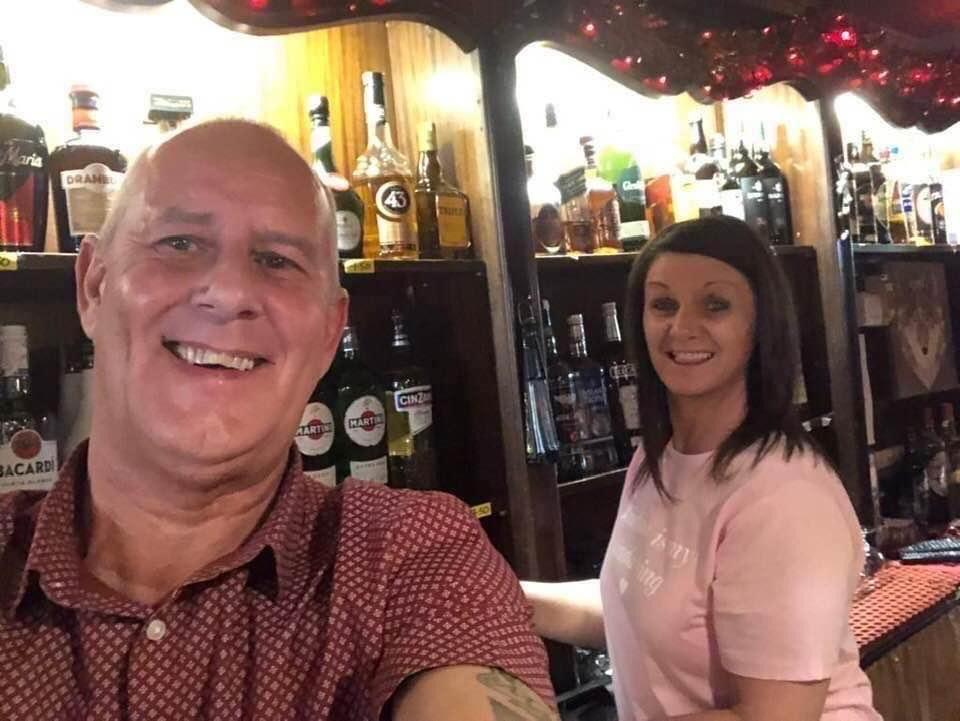 Brian Ennis and his wife Alison are ready to welcome back their regularsCredit: Brian Ennis 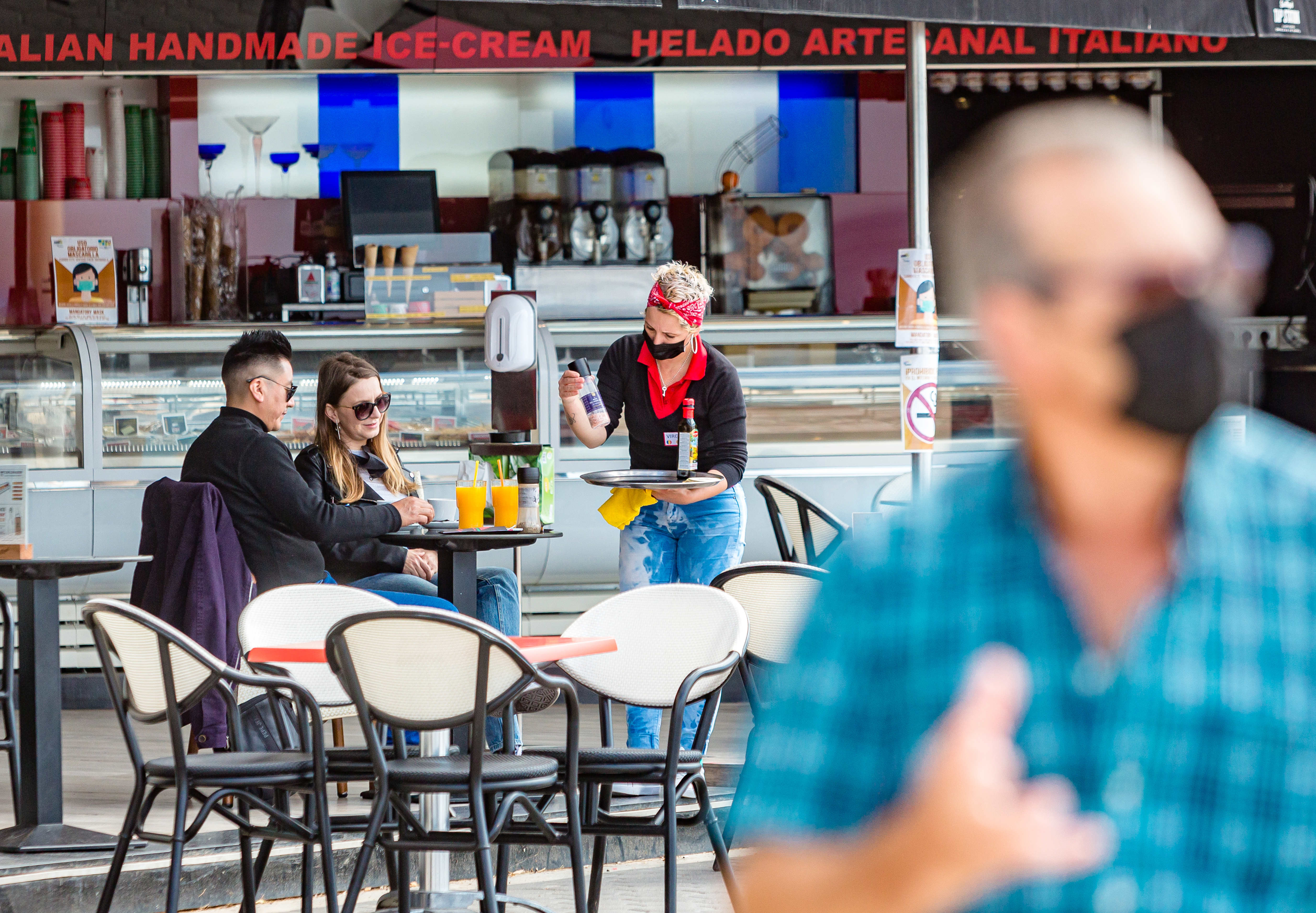 Bars across Benidorm are already preparing for an influx of tourists in the summerCredit: Solarpix

In the sun-soaked Costa Blanca resort of Benidorm, The Corner Bar owner Ashley Price said he was “elated and ecstatic to hear the news of the borders reopening”.

“Benidorm was so vibrant before the pandemic and local bar owners have held on because they know when things return, this town will be better than it’s ever been before,” he told The Sun Online.

“We are two hours on a flight from the UK, you get a pint for 1.50 euros, there’s the beautiful weather.

“When the holidaymakers return this metropolis will be back with a bang.”

He added town officials have “spent millions” in the last 12 months revamping the tourist hotspot, with new lighting, road surfaces and work currently underway to refurbish the main square.

“When tourists do come back, it will look fantastic,” he said.

“I am really positive because I feel we are coming to the end of it. It isn’t going to go on forever.”

Around an hour along the sun-drenched coastline, Jane Naughton co-owns The Captain’s Table in Torrevieja with husband Dave and cousin Tony.

“Like a lot of businesses, we have kept things going and it will be lovely to see everyone enjoying themselves, as long as it’s done in a safe way,” she said.

I am really looking forward to a good summer and welcoming back our regular customers.”

“We don’t want to go backwards, we are just looking forward to everything reopening.

“We have followed all the guidelines, so I am really looking forward to a good summer and welcoming back our regular customers.”

Optimism has radiated across southern Spain after tourism minister Fernando Valdes Verelst revealed he is in talks with the UK over digital vaccination certificates, while confirming the country WILL welcome back Brits from June.

While Spain hit highs of 34,000 daily new cases of Covid in January, the incidence has now fallen to around 8,000 new cases a day and 88 deaths across the whole country on Wednesday.

In Benidorm itself, there were just 27 positive Covid tests in the past fortnight, or around 39 per 100,000 of the population.

Diane Charleworth, owner of Winnies Cafe Bar, told The Sun Online: “It has been nearly 18 months of the pandemic so any bit of positivity is good and we will be welcoming British holidaymakers with open arms” 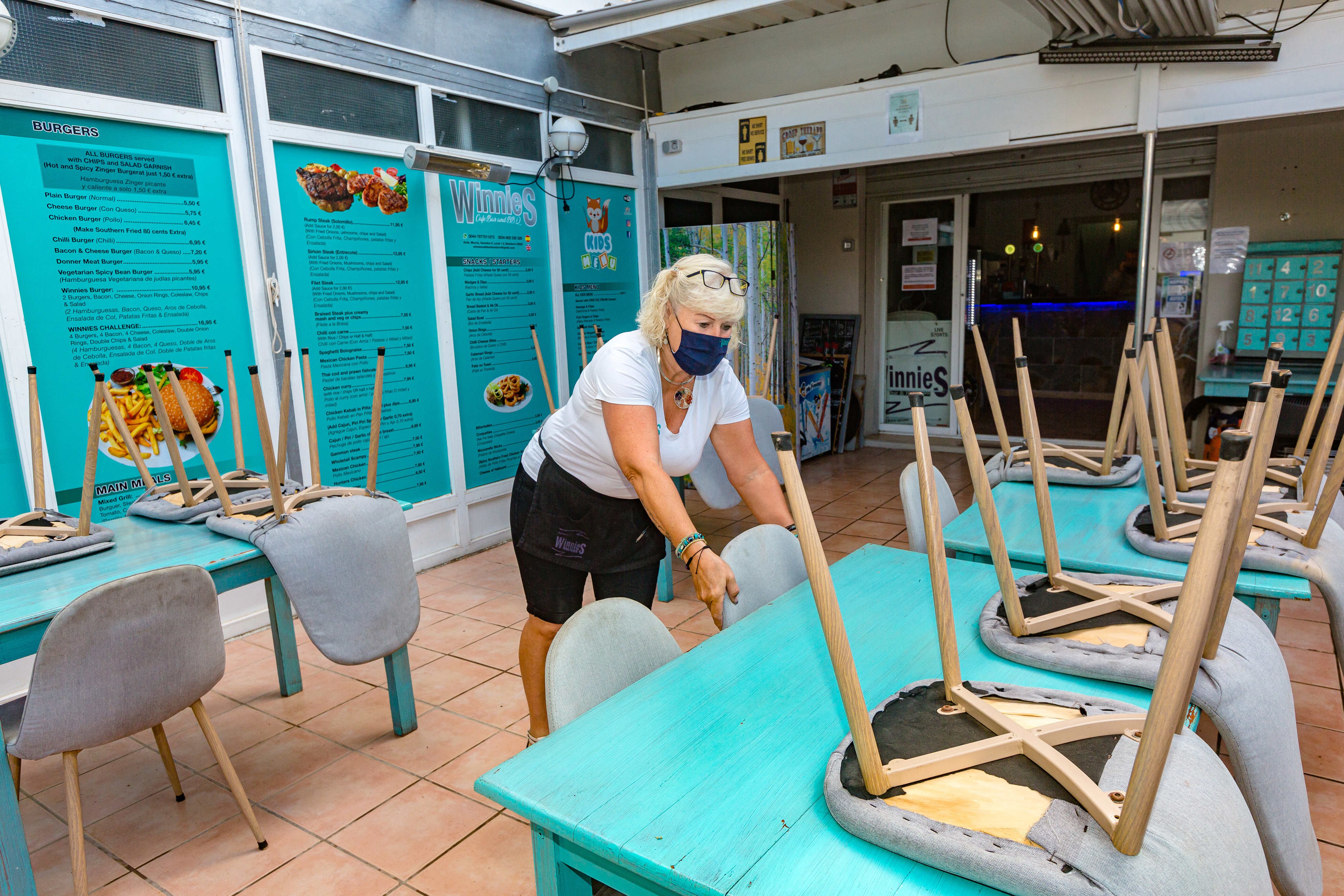 Diane sets out the tables and chairs in the sunshineCredit: Solarpix 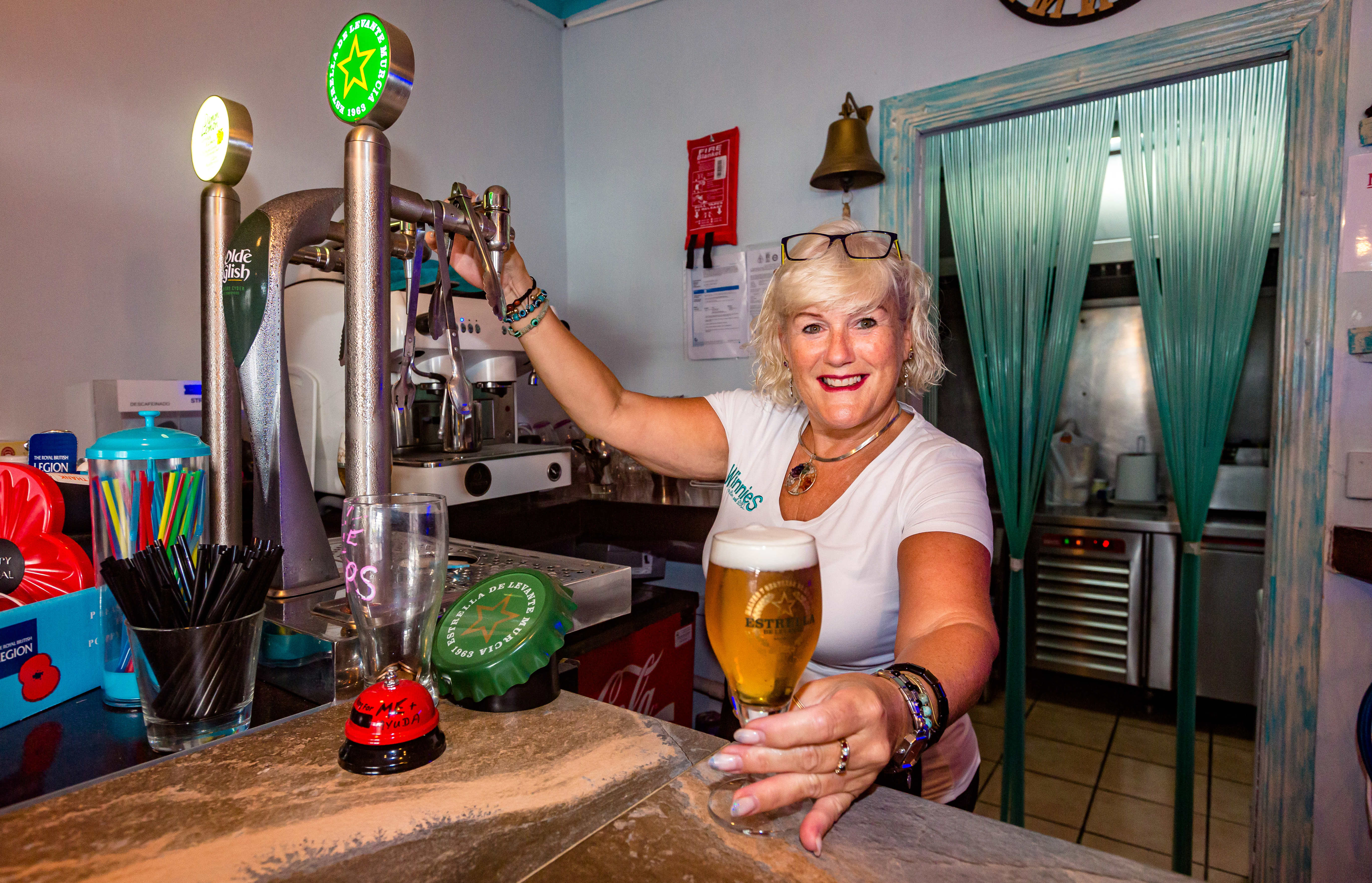 Pints by the beach in the Spanish sun will be back on for Brits this summerCredit: Solarpix 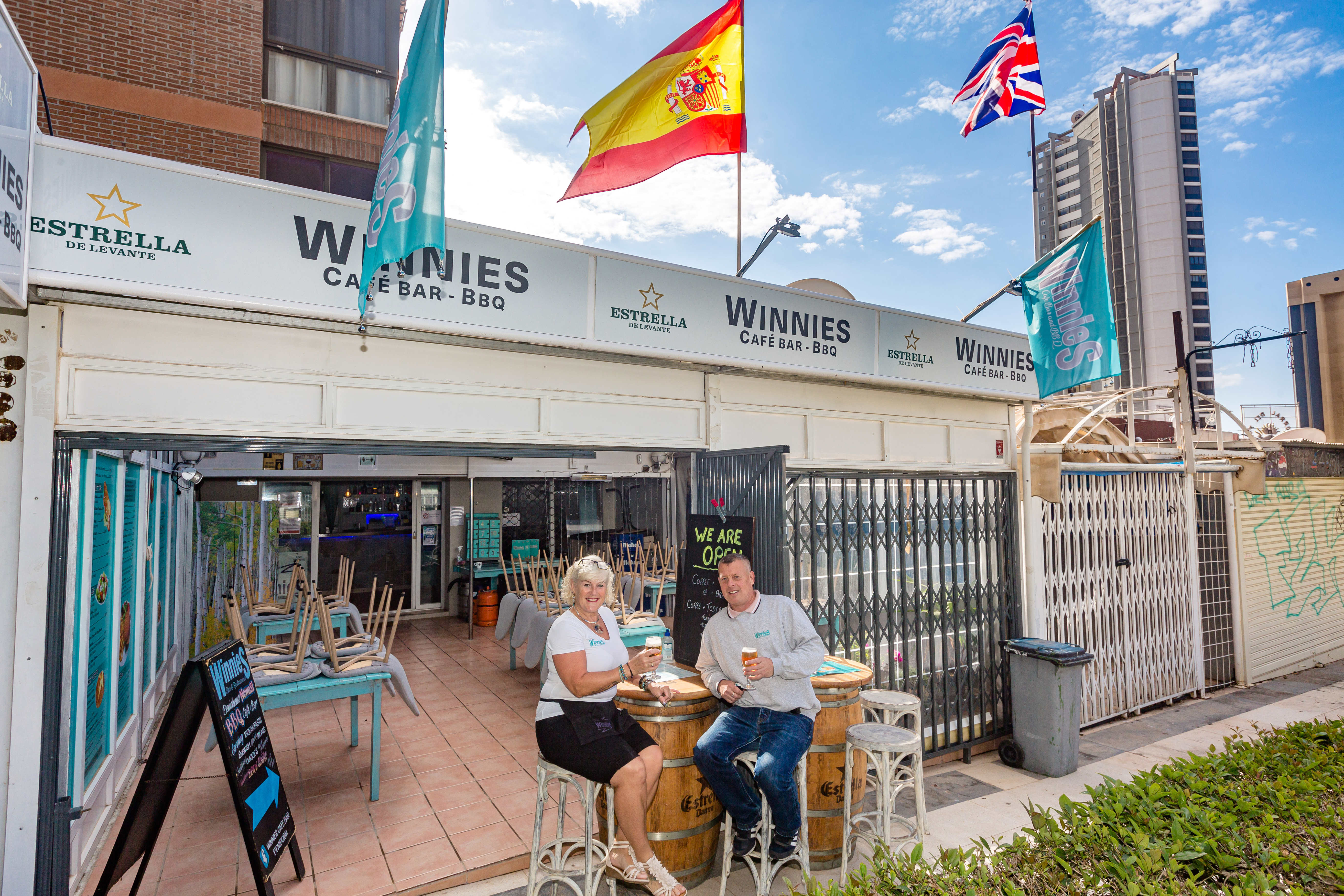 Spain and Britain are expected to open a travel corridor for the summer seasonCredit: Solarpix 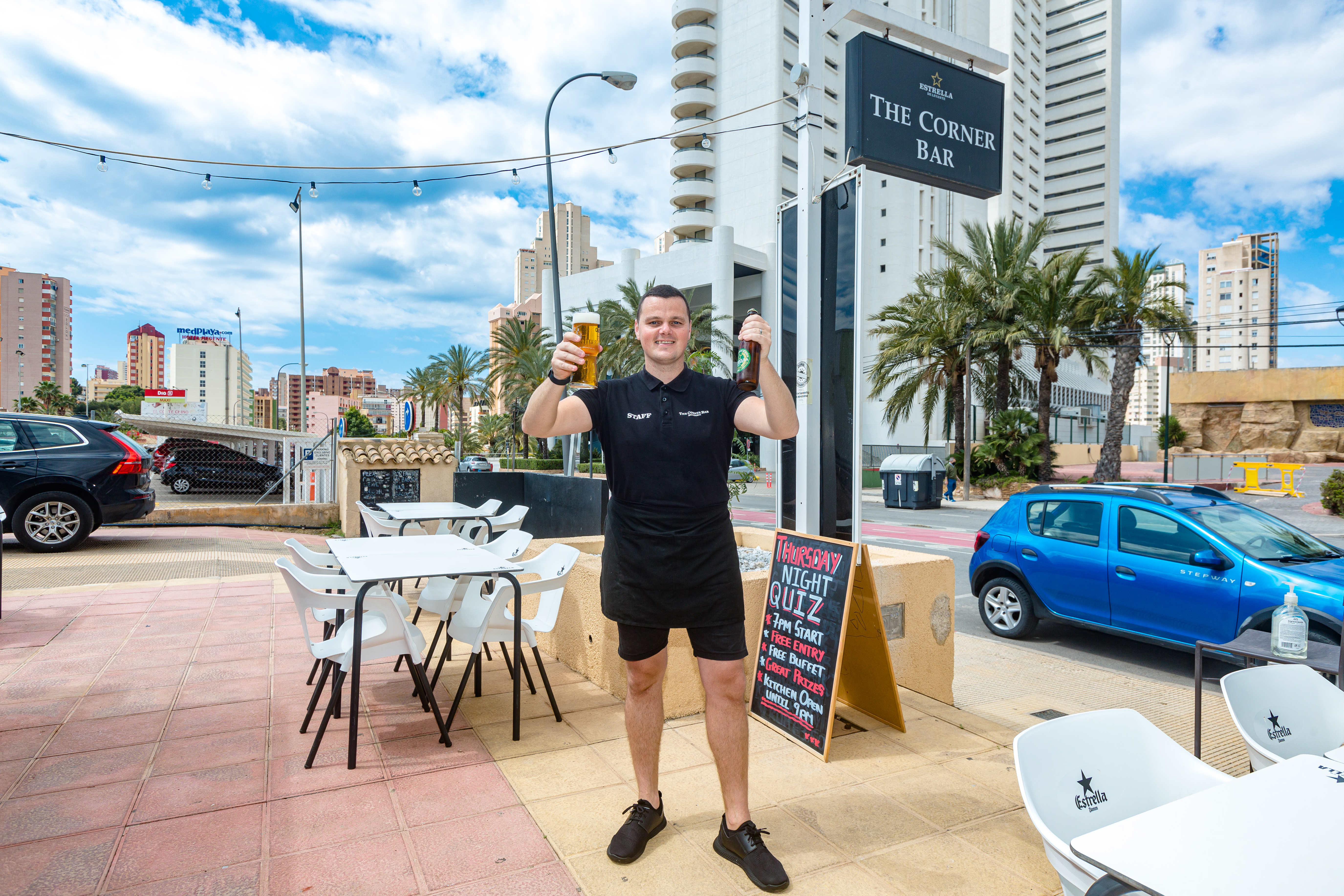 Ashley Price, owner of The Corner Bar in Benidorm, said he was “ecstatic” to welcome back BritsCredit: Solarpix 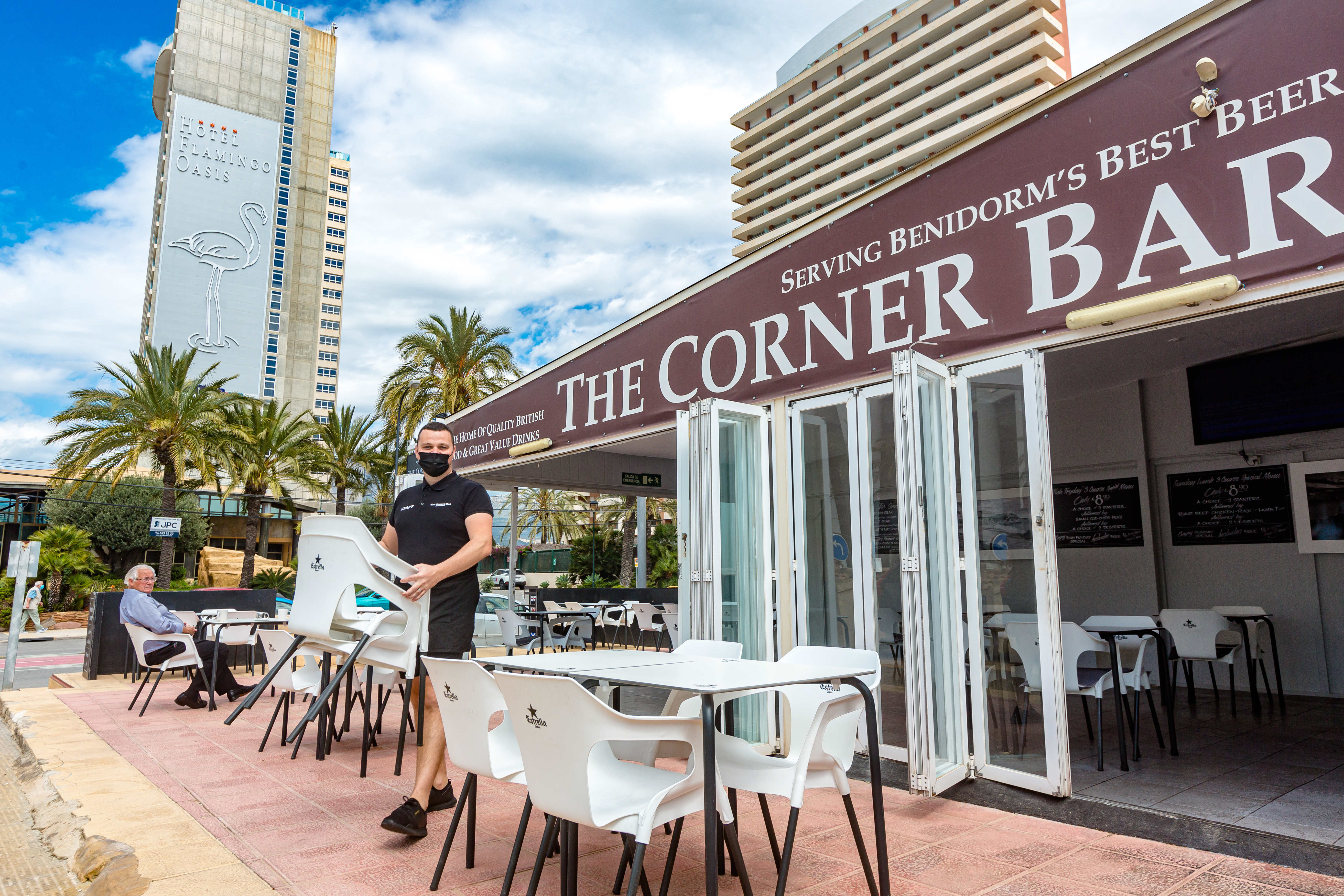 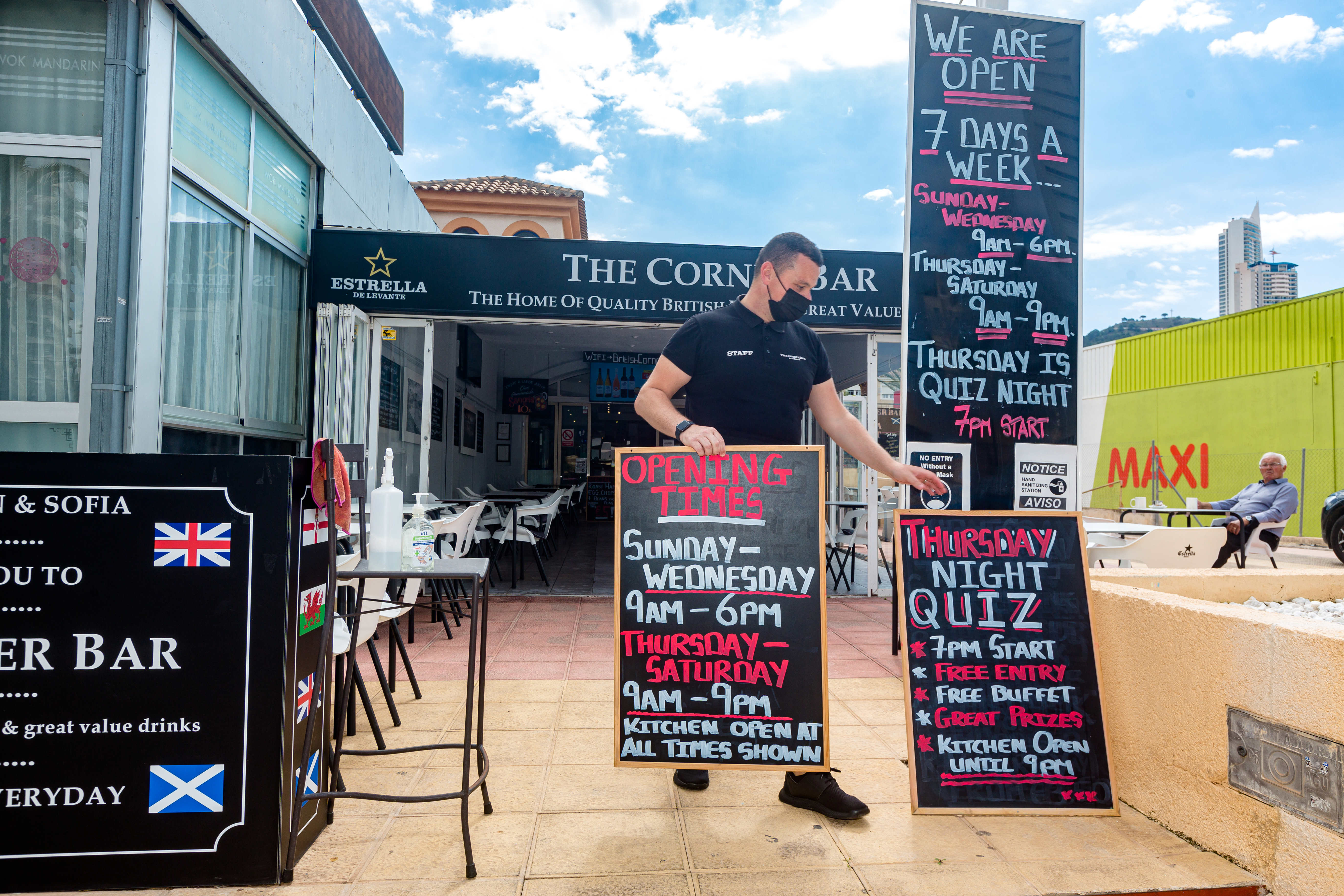 Bar owners in Benidorm can’t wait to get the summer season back on trackCredit: Solarpix

In Torremolinos, where Brian Ennis owns Champagne Charlie’s with his wife Alison, there have been just 38 cases of Covid in the last week.

After a “brilliant first year” after opening the bar in April 2019, the pandemic hit and it all “went to pot”, said Mr Ennis.

But he is already planning for a return of familiar and new faces in the coming months.

“I always thought September would be the start of the build-up so anything before that is a huge bonus,” he said.

“We are very much looking forward to having holidaymakers back and we’ve had lots of people getting in touch to make sure we are surviving and telling us they can’t wait to come back and are planning their holidays.

“It will be nice to see people’s faces again, this is such welcome news and we have to look on the positive side.” 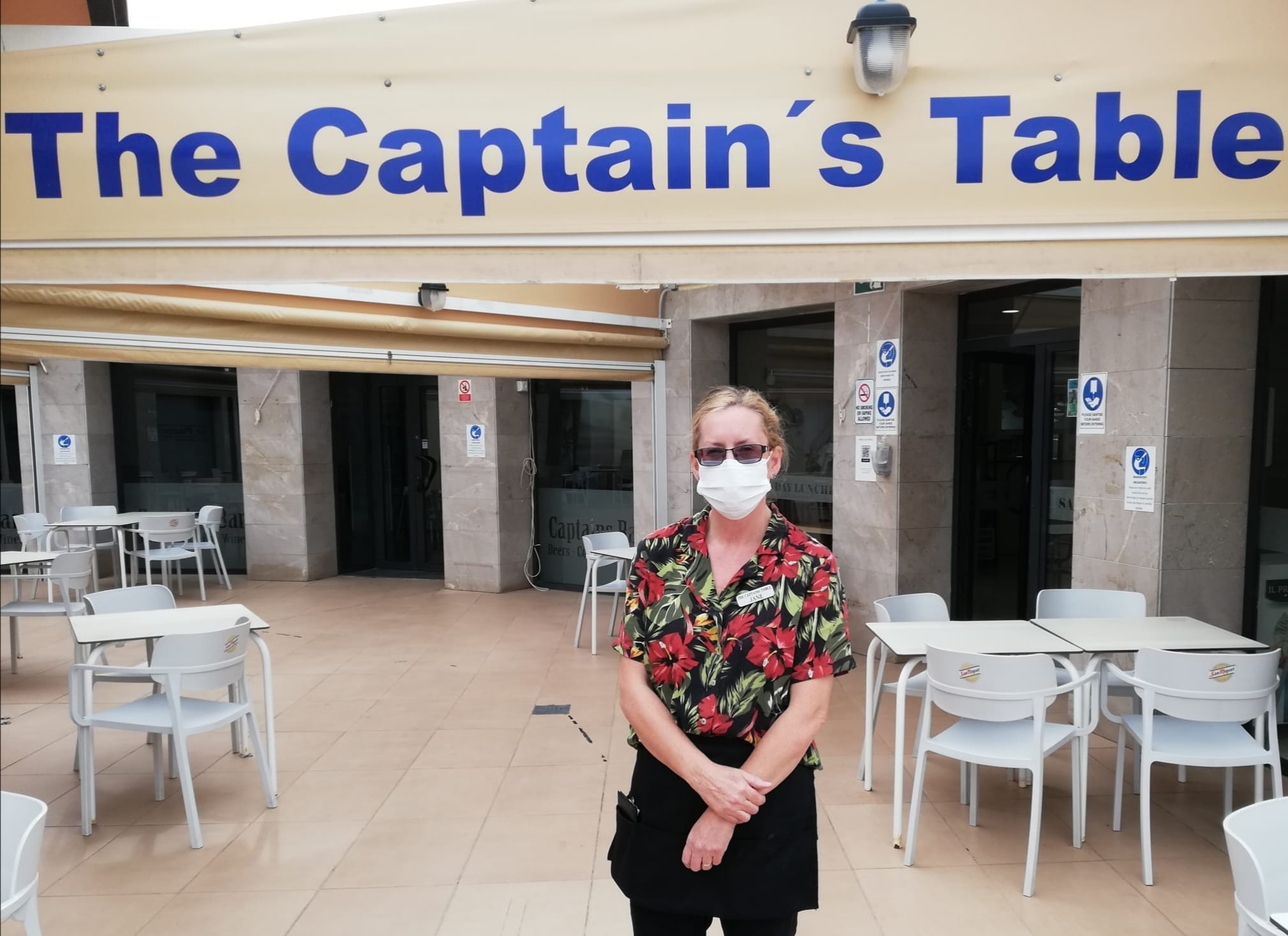 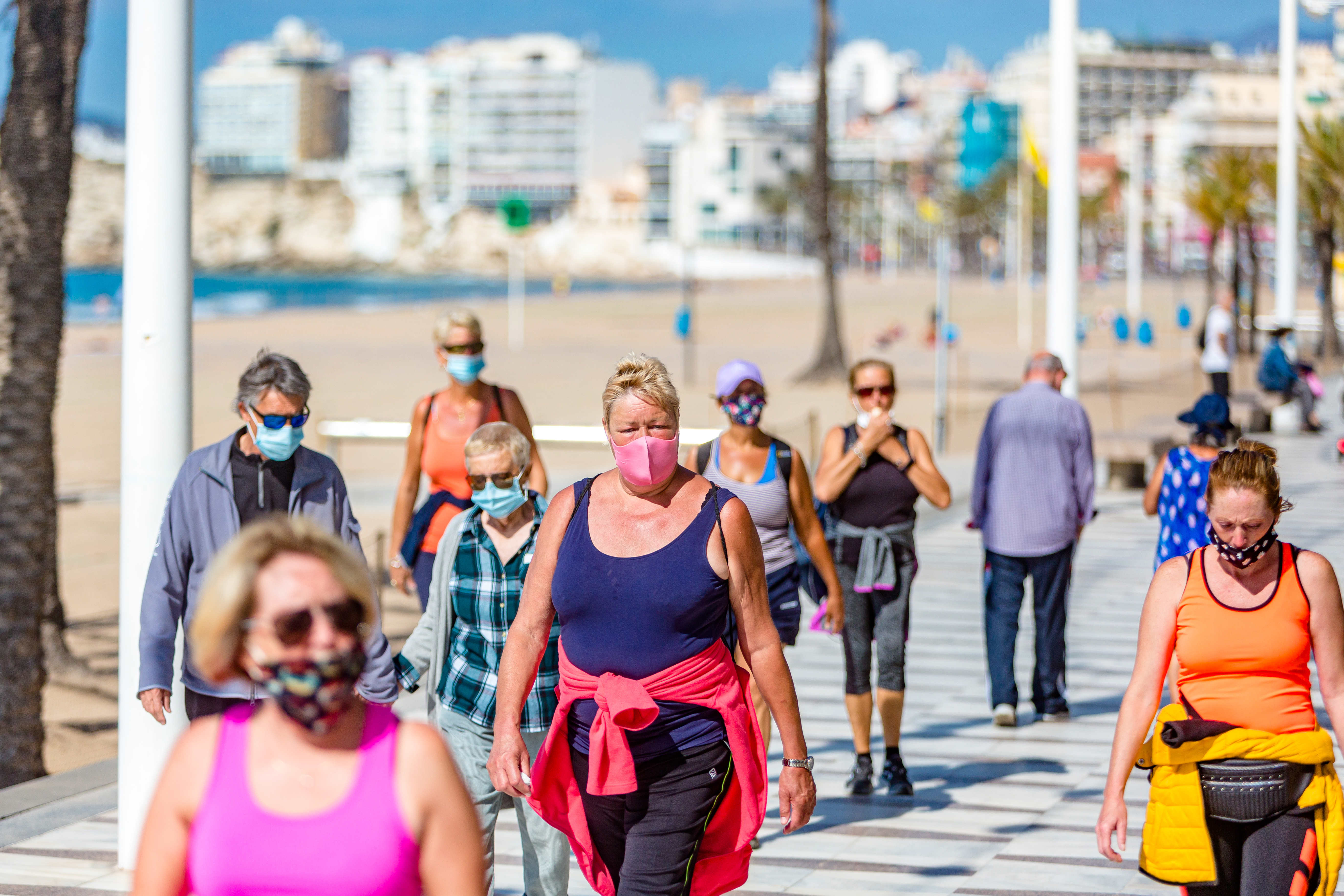 Local business owners are preparing for Brits to return to Mediterranean resorts like Benidorm after restrictions lift in the UK and SpainCredit: Solarpix 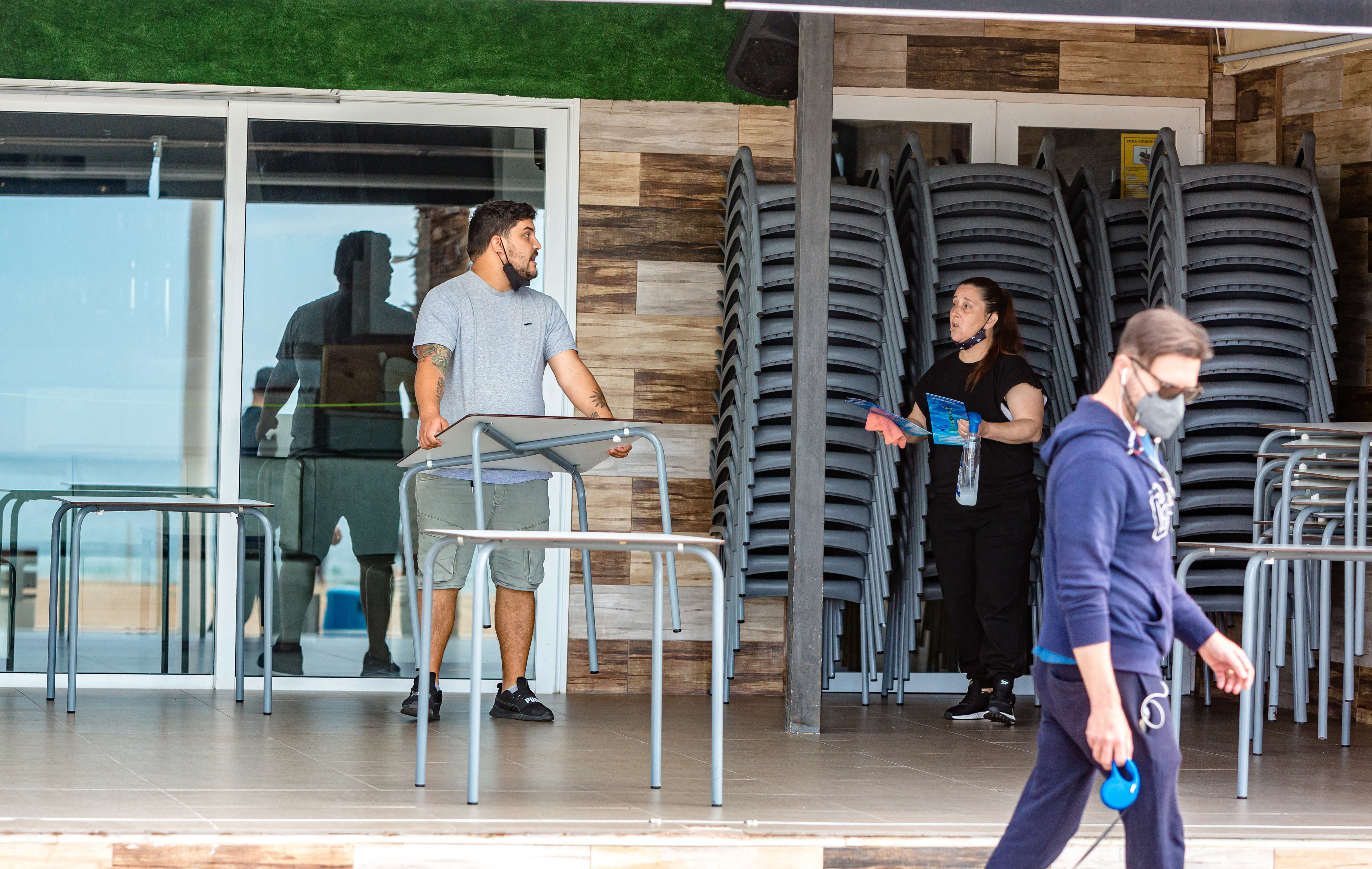 Bar owners are all getting ready for an influx of tourists when travel opens up in JuneCredit: Solarpix 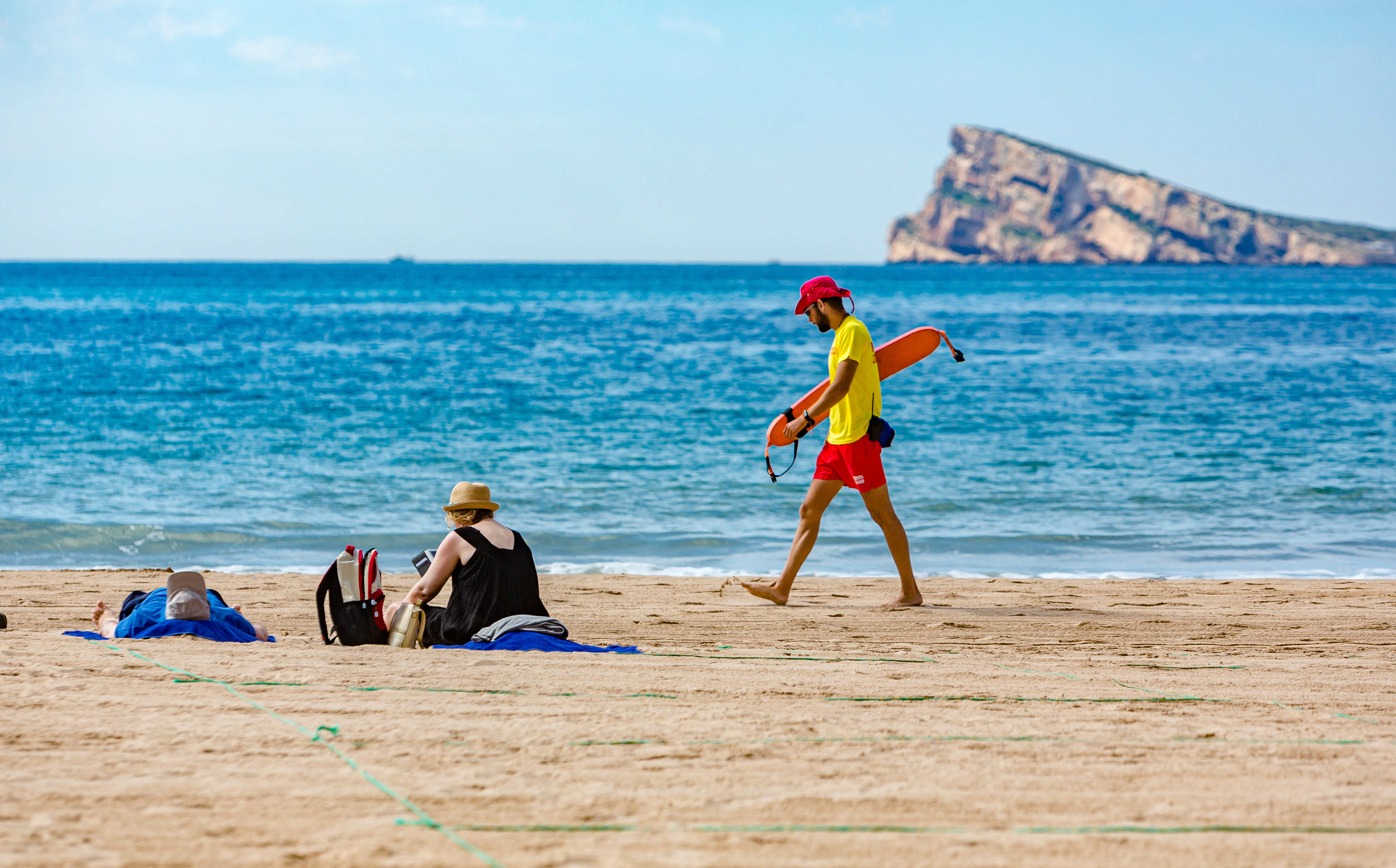 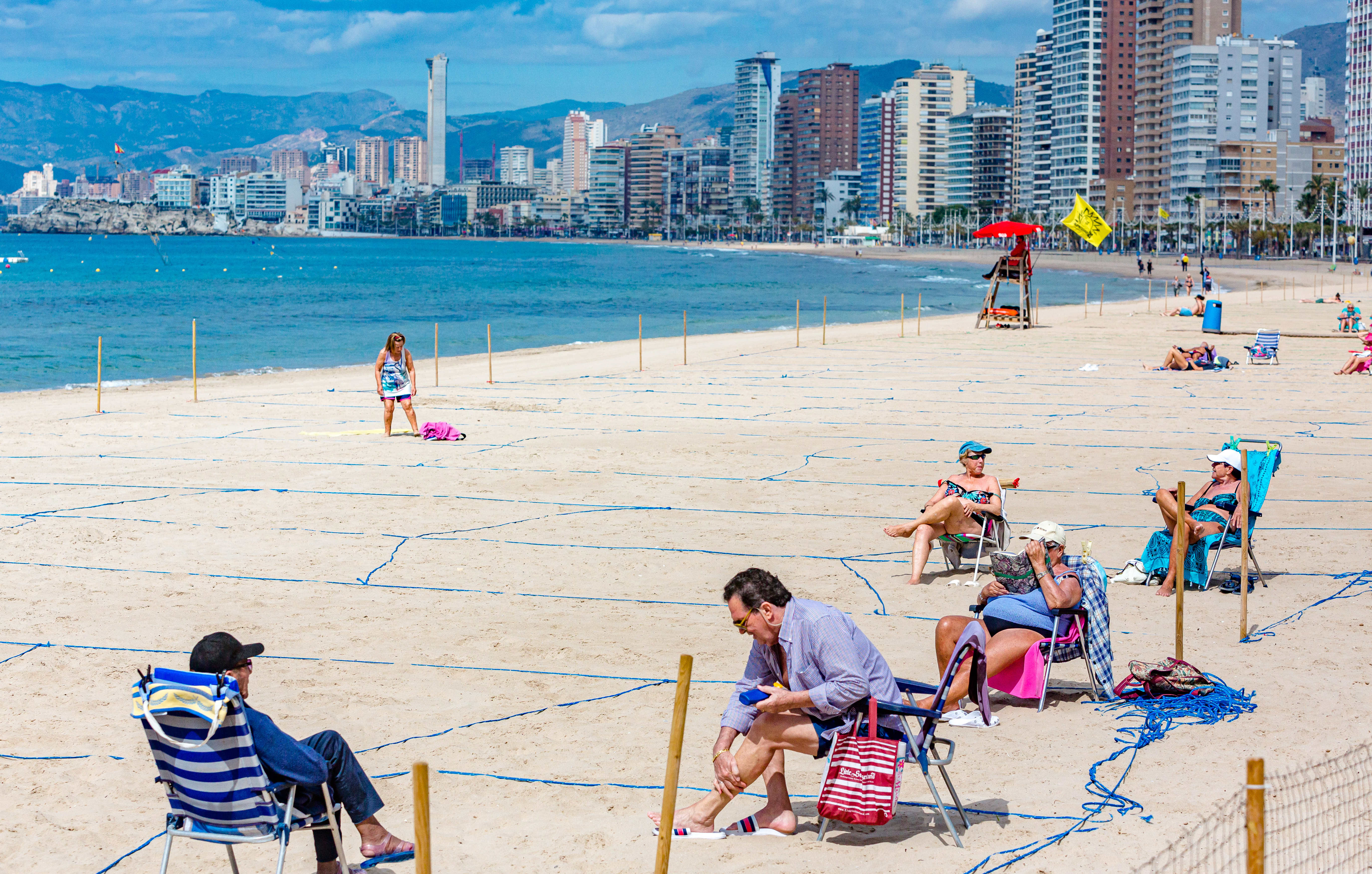 Empty beaches in Benidorm are hoped to soon by packed with tourists from the UK and beyondCredit: Solarpix 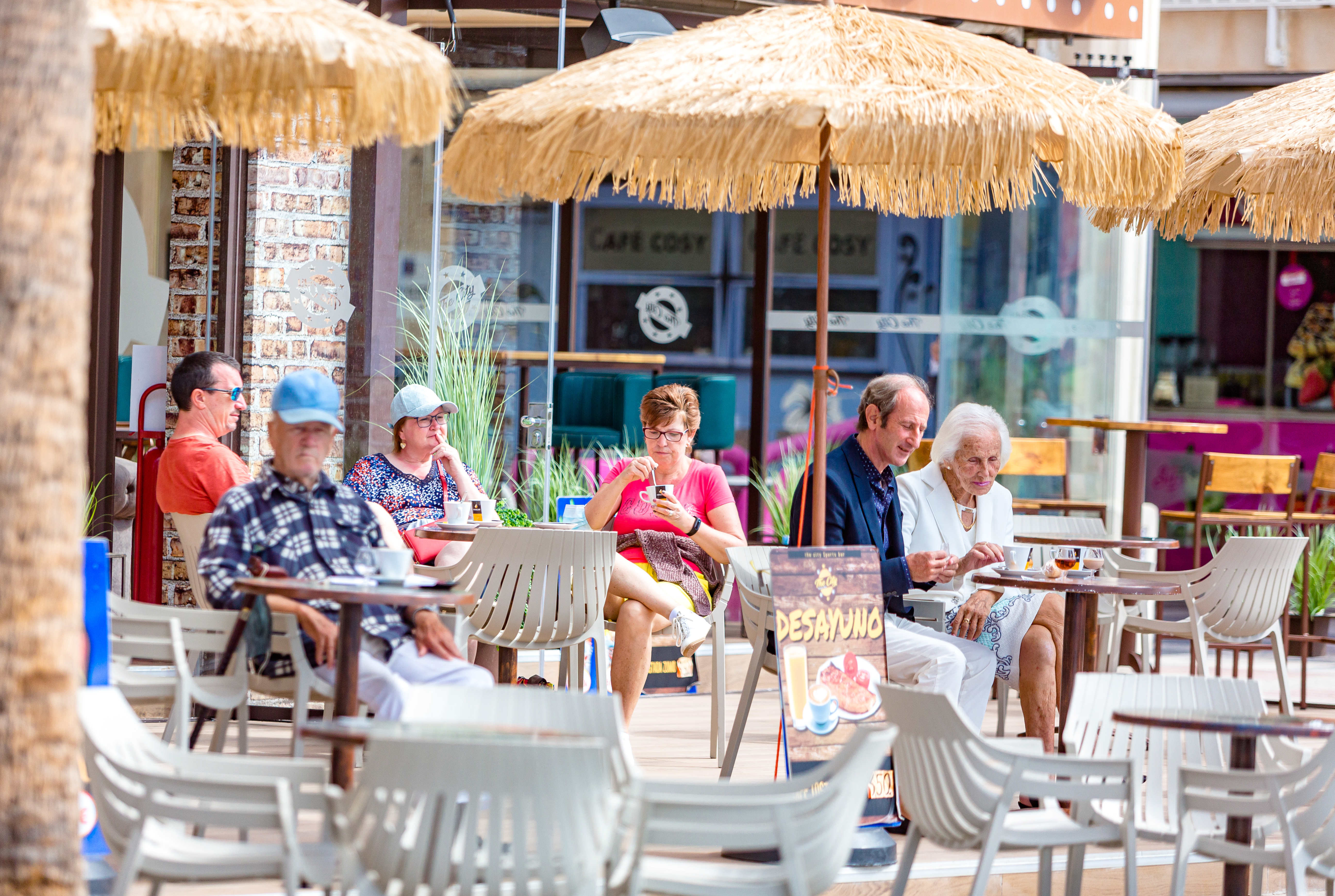 Beachside terraces will soon be packed out with Brits holidaymakersCredit: Solarpix 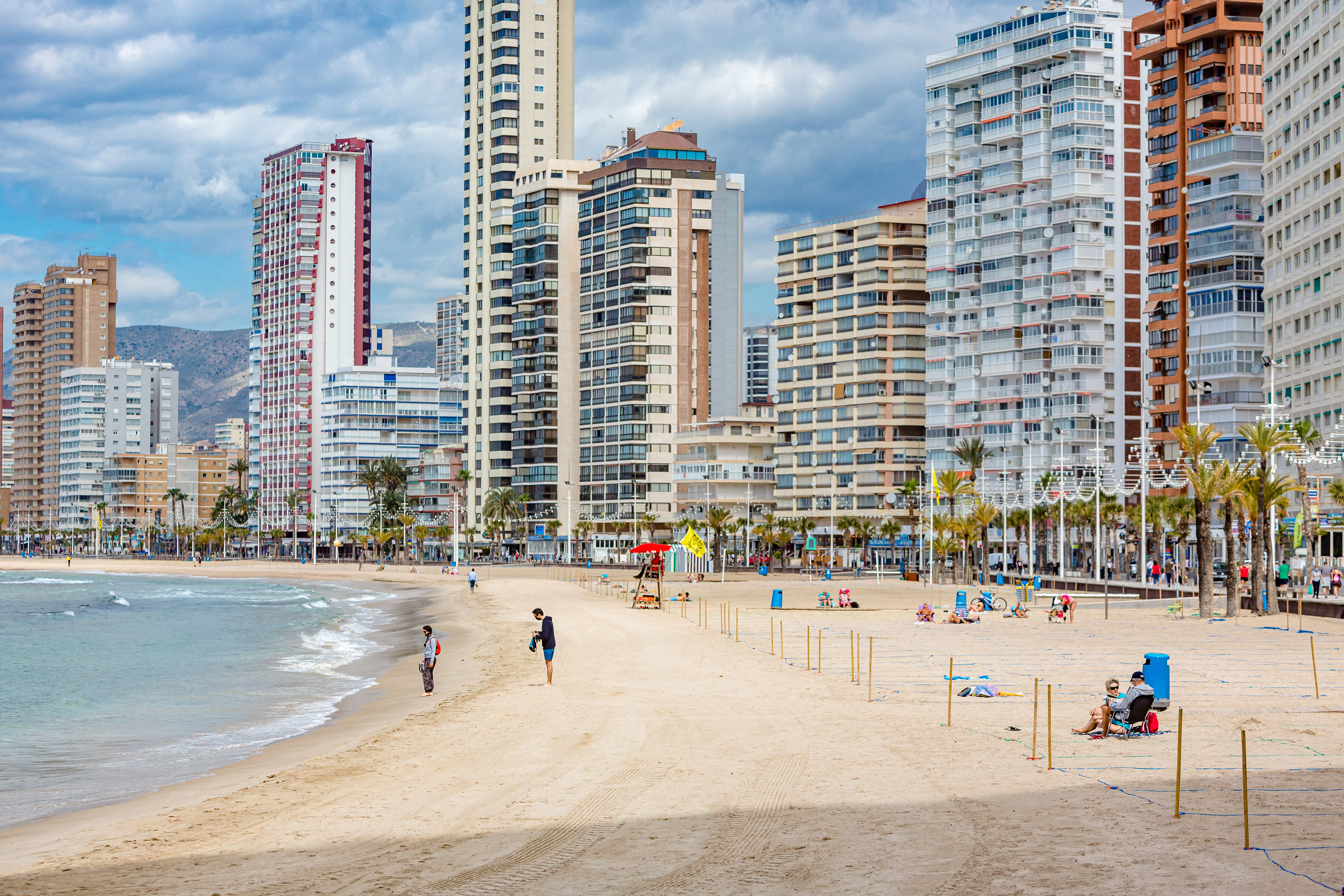 Upgrades have been made to hotels, beach areas and roadsCredit: Solarpix

Bookings have already started rolling in, said Nicky Lloyd, who runs Rootz Wine Tours taking holidaymakers from Marbella, Malaga and the Costa del Sol to vineyards in the region.

“We are definitely getting that sensation that people want to feel that sense of freedom, and they are enthusiastic about experiencing something different,” she said.

“I am already seeing more movement – I’ve had bookings coming through in the last couple of days so I am feeling optimistic.

“Cases are very low, it is a warm climate and people can be outside on terraces.

“We are all ready, we have got everything in place to be safe and hygienic – we want to be positive.

“We have had a very long time with restrictions and people are desperate to move around and explore as long as it’s safe. Everything is so well set up down here, and hygiene is the utmost.” 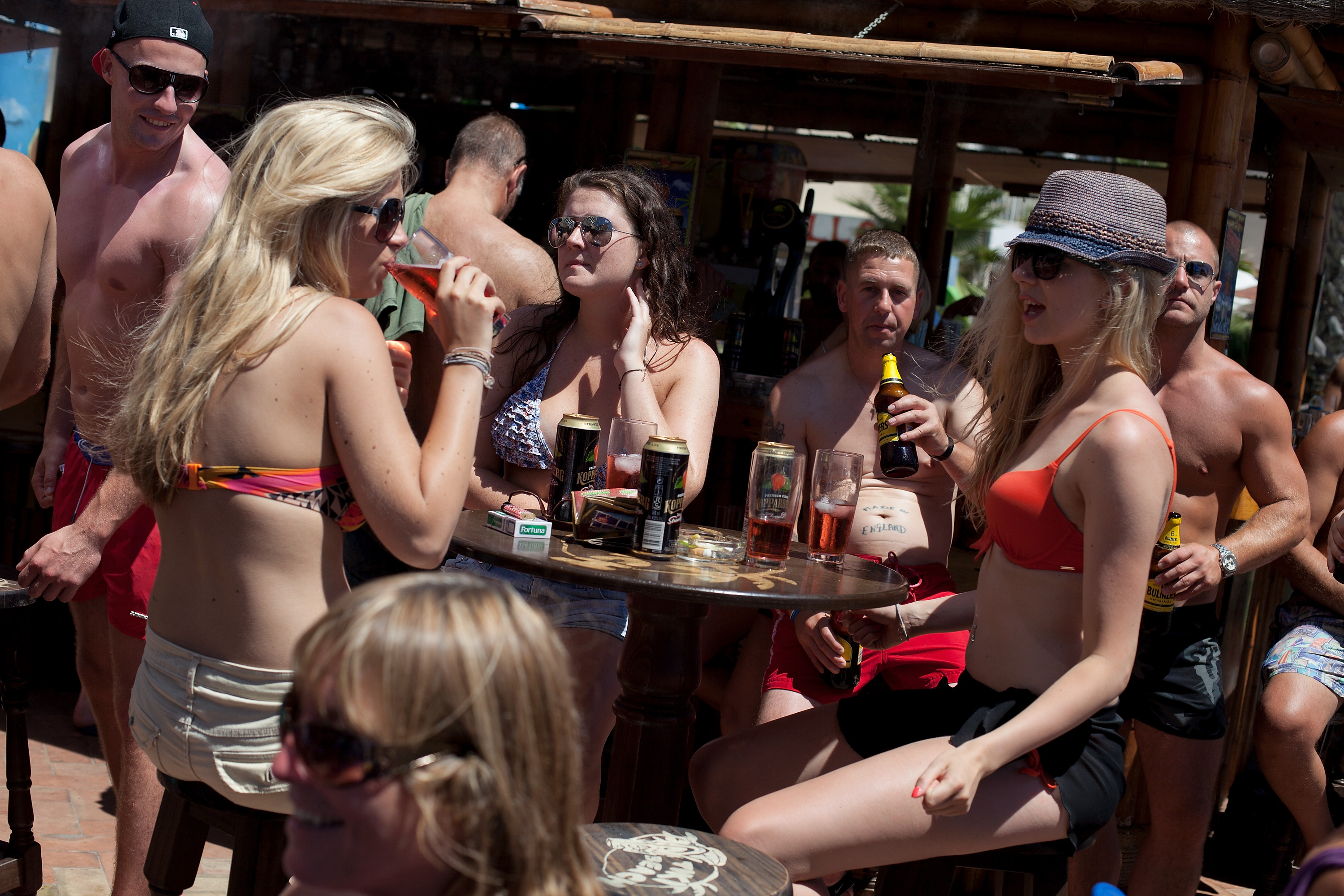 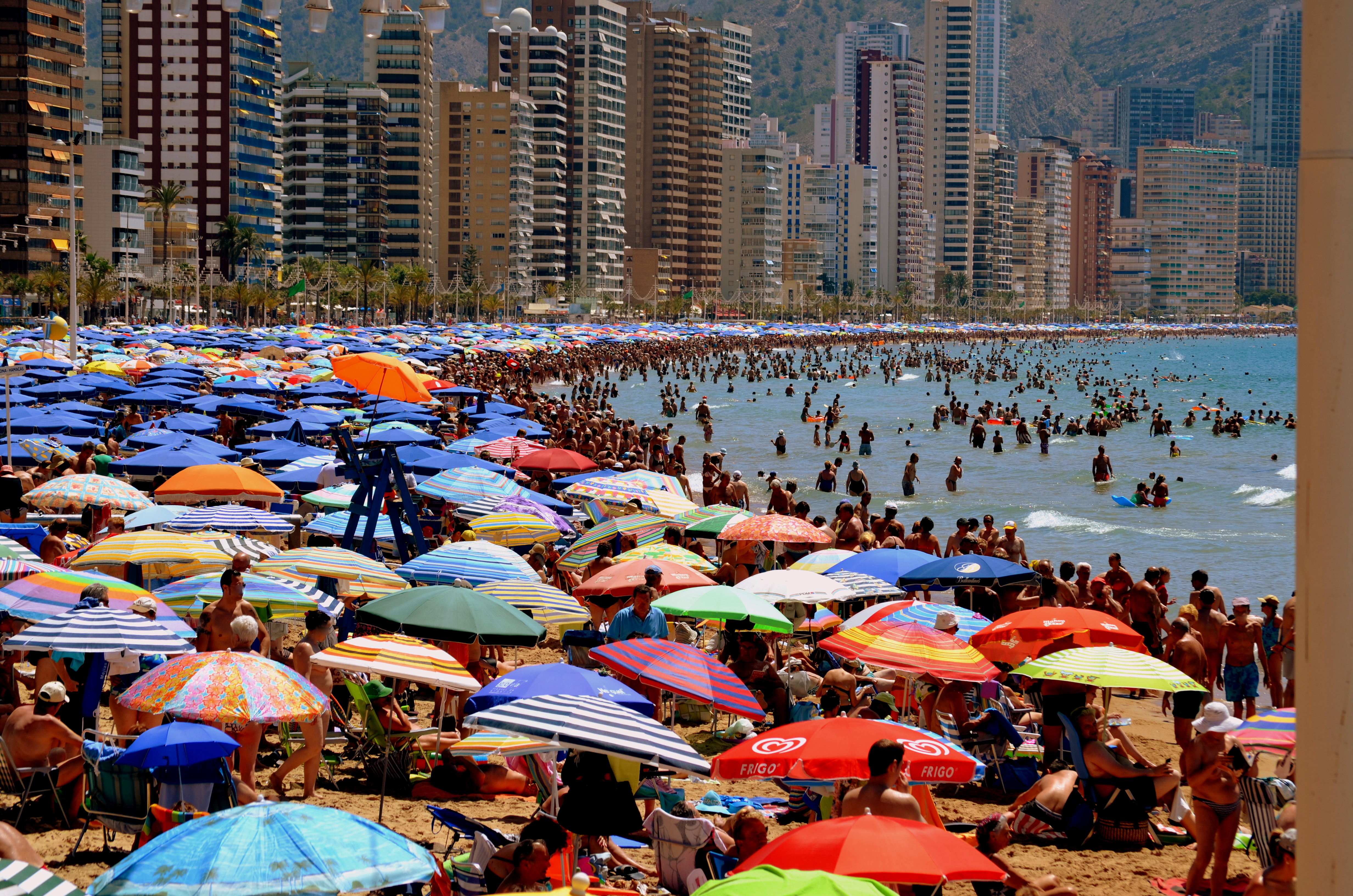 Around half of all tourists who flock to Benidorm are BritsCredit: Getty 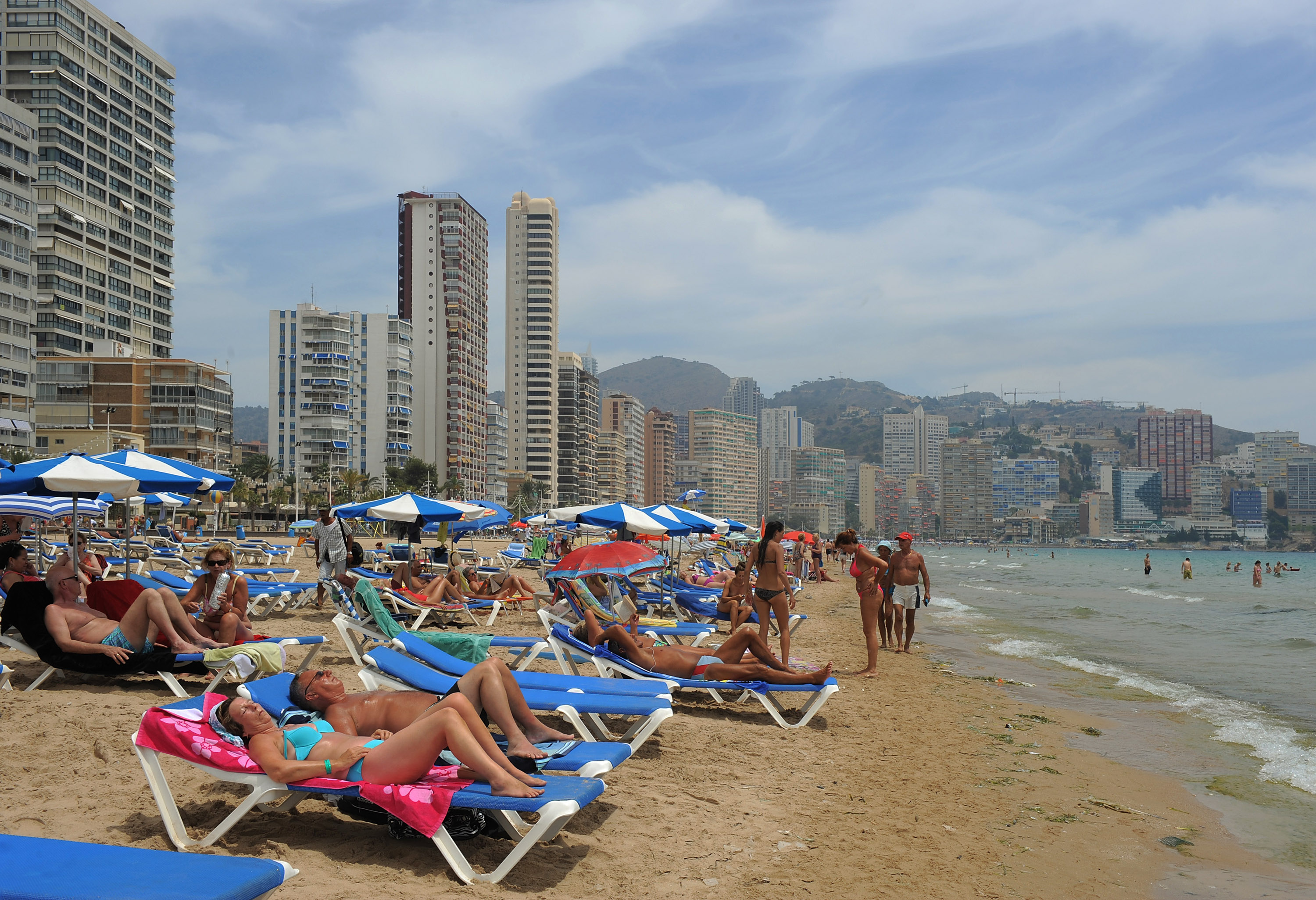 Sun, sea and surf in Spain are hoped to be on the cards for BritsCredit: Getty – Contributor

In Benidorm, a million-euro investment is giving a facelift to a 300m stretch of the iconic Calle Mallorca, lined with the town’s lively bars, nightclubs and hotels.

“June will be the start of the recovery of tourism in Spain,” tourism minister Mr Verelst told a conference in Mexico this week.

“By then we will have a digital vaccination certificate in place and we will be able to reopen our borders.”

The region has been busy preparing for an influx of holidaymakers by investing millions in upgrading hotels, apartments and services to give Brits a summer to remember after so long locked away.

We are in a good place to get back to normality in the space of weeks, and certainly by the end of June

While holidays abroad are yet to be given an official start date by the UK Government, it is hoped that the travel ban on trips abroad could be lifted from May 17.

Preparation is hotting up as Costa Blanca chiefs in Spain approved a ten-million euro tourism fund for the area earlier this week.

Alicante council president Carlos Mazón said it was about “supporting an entire collective that will act as the engine of economic recovery of our province”. 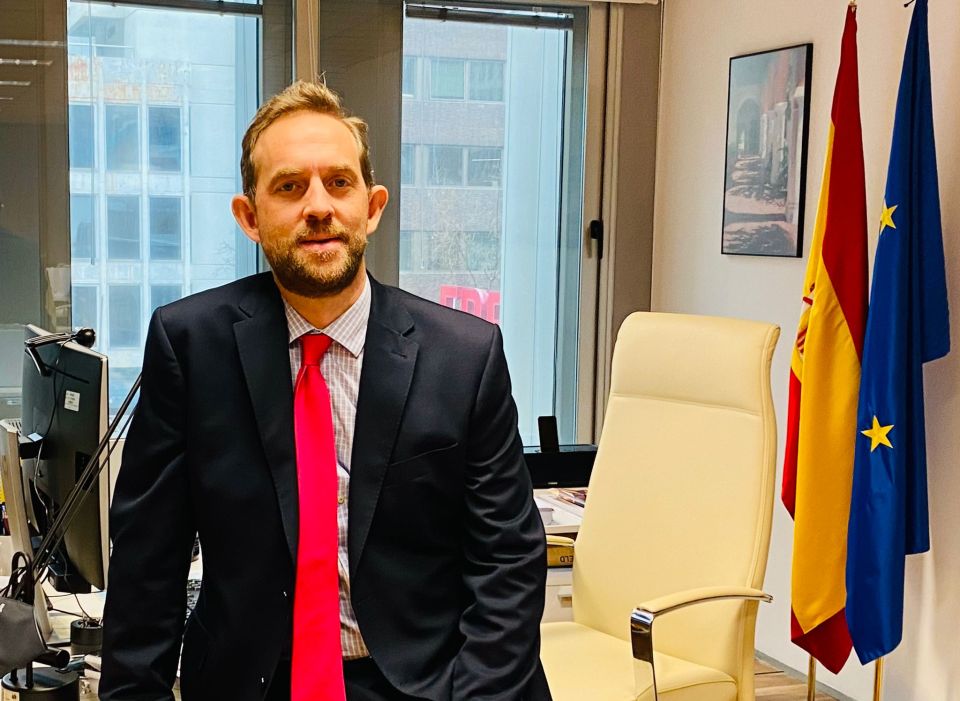 Millions more has been spent on hotels and apartments to completely revamp them ahead of the summer, Toni Mayor, president of the Benidorm, Costa Blanca and Valencia Region Hotel Association (HOSBEC), told The Sun Online.

“We are in a good place to get back to normality in the space of weeks, and certainly by the end of June,” he explained.

“British holidaymakers are very loyal to the area so we hope they will return as soon as they can.”

He added that “huge efforts are being made” in revitalising areas such as Benidorm’s Poniente Beach area.

A total 260 million euros has been spent renewing hotels in Benidorm, with 11 spots having a complete facelift to upgrade them from two stars to four stars.

“There has been a real effort to think positive and make the town as good as possible as we return to some sort of normality,” said Mr Mayor.

All travel corridors between the UK and other countries have been suspended since January 18, which means anyone arriving in the country must quarantine for 10 days and take two coronavirus tests in that time.

The next step, according to HOSBEC’s Mr Mayor, is to co-ordinate a green corridor with the UK so that testing is not required “because if people have to pay for a PCR test then the cost could be prohibitive”.

Signs are looking good though, and Spain’s tourism minister Mr Verelst, speaking at the World Travel and Tourism Council’s summit, also said he expected Spain to be on the ‘green list’ of Britain’s proposed traffic system for encouraging international travel.

When the UK travel ban lifts for non-essential trips abroad, it is hoped that a number of popular holiday destinations could be placed on the “green” list which will not require a quarantine.

This will still require a pre-arrival Covid test and a test on day two, although the government has said they are working on making them cheaper as they can cost upwards of £120 per person.

It comes as Greece and Portugal have also confirmed plans to welcome Brits back for holidays this summer.

Brits could be heading to Portugal by the “middle of May”, the nation’s ambassador to the UK has said.

A spokesperson for the Department for Transport said: “We will confirm by early May if international travel can resume on 17 May and which countries will fall into which list determining the requirements for travel.”

How I Do It: ‘I can’t have penetrative sex but I’m still sexual’