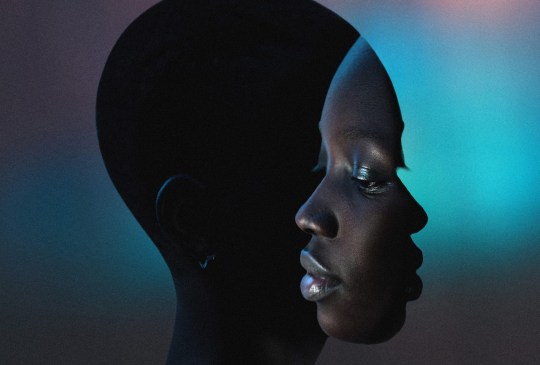 In all European countries they’re even dropping below population replacement levels, which refers to the number of children needed per woman to keep a population stable.

While these decreases might be due to many adults intentionally postponing when they have their first child — or actively choosing not to have children — an increasing number of studies suggests these don’t fully explain decreasing birth rates. Some research also indicates that decreasing fertility is a major contributing factor in this decline.

One factor linked to decreased fertility is the presence of industrial chemicals found in our environment.

Much is known about the impact of these chemicals on male fertility, but little research has looked into how they affect women. This is what our recent study sought to do.

We found that exposure to common chemical contaminants was associated with reduced egg counts in the ovaries of reproductive-aged women.

Though these chemicals have since been banned, they were once used in household products like flame retardants and mosquito sprays, and are still present in the environment and in foods like fatty fish. 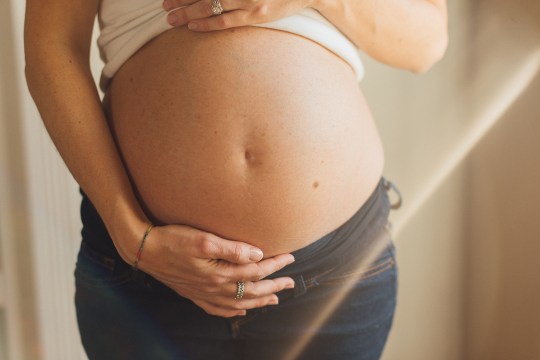 We measured the levels of 31 common industrial chemicals, such as HCB (an agricultural fungicide) and DDT (an insecticide), in the blood of 60 women. To gauge their fertility, we measured the number of immature eggs they had in their ovaries by counting them in ovarian tissue samples using a microscope.

Because ovaries are located inside the body and would require surgery to access, we chose pregnant women who were having a caesarean section, as this made it possible to access tissue samples without additional surgery.

We found that women with higher levels of chemicals in their blood sample also had fewer immature eggs left in their ovaries. We found significant connections between reduced egg numbers and certain chemicals, including PCB (used in coolants), DDE (a by-product of DDT) and PBDE (a flame retardant).

As female fertility is age-dependent, we made sure to adjust our calculations accordingly depending on the age of the woman in question. This showed us that exposure to these chemicals resulted in fewer eggs for women of all ages.

Unlike men, women are only born with a fixed set of immature eggs in their ovaries, and cannot produce new ones after birth. A woman’s ‘reserve’ (the number of eggs in her ovaries) naturally diminishes through monthly ovulations, as well as by normal follicle death.

When depleted below a critical level, natural fertility ends and menopause begins. Our findings imply that toxic chemicals may speed up the disappearance of ovarian follicles, which could lead to reduced fertility and earlier menopause. 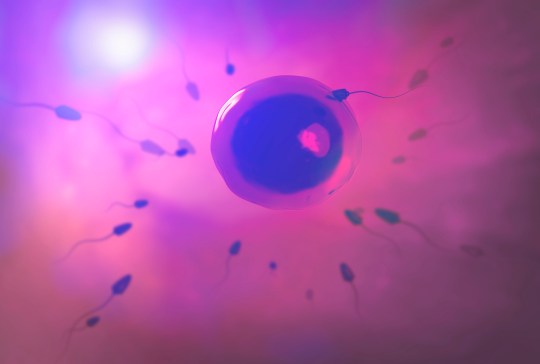 We’re exposed to industrial chemicals through our food, the products we put on our skin, and even through our mothers while developing in the womb.

The number of industrial chemicals, as well as their abundance in the environment, has steadily increased since the 1940s — with devastating effects on ecosystems, wildlife and even human fertility.

Many chemicals were introduced to the market with little testing for safety. This has led to a situation where humans and the environment are exposed to an extensive ‘soup’ of industrial chemicals.

So far, multiple chemicals have been found to be harmful to reproduction after only decades of consumer use.

These include PFAS (the chemical used in Teflon, Scotch Guard, and firefighting foam), phthalates (used in plastic packaging, medical equipment and soaps and shampoos), as well as pesticides and other industrial chemicals like PCBs.

The negative effects include reduced sperm counts in men, and potentially the ability of women to become pregnant. Our study is the first to investigate the link between chemical exposure and the number of eggs a woman has.

The chemicals we studied were all ‘persistent’, meaning they build up in the body over time. Strikingly, the chemicals that we found to be associated with lower egg counts were restricted by an international treaty decades ago. Yet because of their persistence, they still contaminate the ecosystem and our food.

Interestingly, PCBs (one of the chemicals we studied) have also been connected to decreased sperm counts and infertility in men. Simultaneous decreases in male and female fertility could make it more difficult for couples to get pregnant.

In future, researchers should investigate whether the fertility of all women — as opposed to pregnant women — is similarly affected by these chemicals. But these findings may encourage us to rethink chemical safety to take fertility into consideration during safety assessments.

Avoiding certain foods (such as seafood) and certain products (such as those we put on our skin and hair) may also help minimise the negative effects of chemicals on our chances of having a baby.

Click here to read the original article on The Conversation