THE Bank of England will decide today what’s next for interest rates and there is speculation they could turn negative – but what does it mean for your finances?

The central bank has been looking into whether it is possible to take the base rate below zero to help the economy recover from the devastating impact of the coronavirus pandemic. 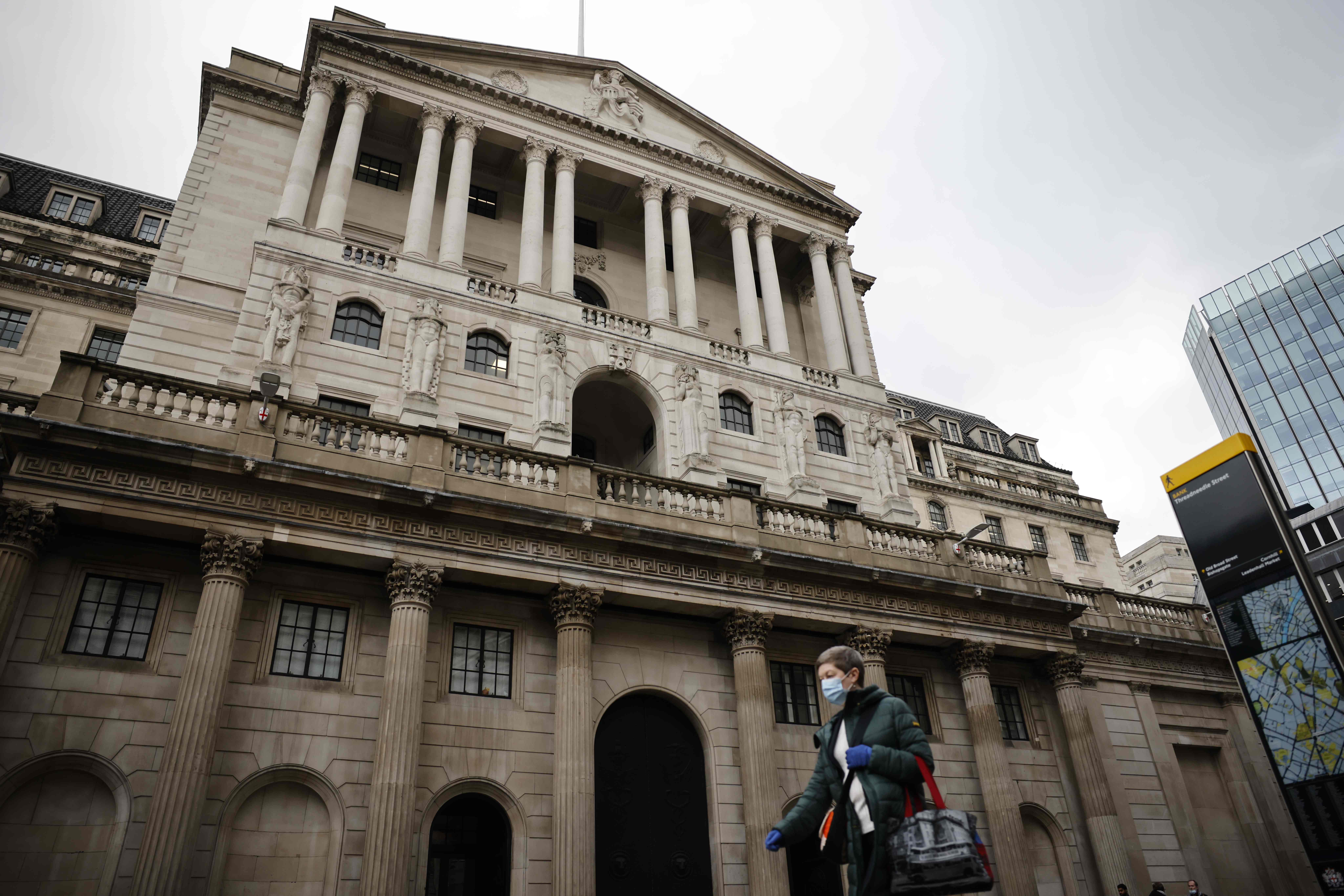 The Bank of England will decided whether to change the base rate todayCredit: AFP or licensors

In September it launched a consultation with banks to see how they would handle the unprecedented move before making a decision.

Today, it is expected to make a decision over whether negative interest rates would be viable. It will also decide whether to change the base rate.

It is currently set at a record low of 0.1% amid the uncertainty of the pandemic.

If the central bank takes rates below zero, it could see savers pay banks to hold their cash and lenders pay borrowers to take out loans and credit.

What does negative inflation mean?

NEGATIVE inflation – or deflation – is when the price of goods or services is falling.

Some experts have said we could see negative inflation as a result of coronavirus pressures on the economy.

This would mean lower prices for consumers, which on the surface is a good a thing.

But the Bank of England points out that when prices fall, people often don’t make purchases as they hope costs will fall further.

And when people stop buying, less money is going to businesses and into the economy, and in turn those businesses may cut wages or make job losses.

It can also mean your debts get more expensive, as the amount you owe remains the same, yet you may find it harder to repay debts or the item, such as house or car, may depreciate in value compared to its initial worth.

However, it is unlikely that rates will be taken negative today – but it’s not yet been ruled out as something to consider in the near future.

Laith Khalaf, financial analyst at AJ Bell: “Given the picture is still unfolding, the Bank’s interest rate committee will probably sit on their hands for now, particularly seeing as they are running out of monetary policy ammunition.

“The Treasury is throwing vast sums of money at the economy, and that means monetary policy doesn’t have to do all the heavy lifting.

“Indeed part of the challenge currently faced by the central bank is that economic data are currently distorted by the Treasury’s coronavirus support measures, and it remains to be seen just how badly the economy has been scarred once these sticking plasters have been removed.”

How will negative interest rates affect your savings?

Banks and building societies use the base rate to decide how much they charge borrowers and pay savers.

Negative rates will affect savings, pensions and investments, as well as loans, mortgages and credit.

Savers could see banks and building societies charge them to hold their cash, instead of earning interest on them.

What is the base rate?

SIMPLY put, it’s the country’s official borrowing rate, and is the rate the Bank of England lends to all the other banks in the UK.

It is incredibly important as it a guide for lenders on what rates it can offer – and therefore impacts mortgage rates, credit cards, loans and savings.

It was stuck at record low levels for a decade because of the state of the economy after the financial crash in 2008.

It was raised back to 0.5 per cent last November, the first of what many had hoped would be three hikes within three years.

The rate went up again in August 2018 to 0.75 per cent and has been held there ever since until the beginning of March when it was slashed to 0.5 per cent again.

The shock announcement at the end of March – where it dropped to 0.1 per cent – means it’s now below a level not seen since before 2016.

She said: “Banks are very wary about introducing them, because there’s a risk people will withdraw their money and either spend it or keep it lying around the house.

“So we’d be more likely to see charges being introduced on accounts, to recoup the cost of holding money without specifically charging interest.”

And while it’s unlikely that lenders will pay borrowers to take out a loan by dropping rates below zero, Sara added that “it’s not impossible”.

But there are also warnings that negative interest rates could make lenders more reluctant to extend loans if you are unable to keep up with repayments.

This could be devastating at a time when millions of borrowers are relying on temporary coronavirus payment holidays on debts, such as car finance deals, overdrafts and mortgages.

Steven Cameron, pensions director at Aegon told The Sun: “The intention [of taking rates negative] may be to encourage spending to get the economy ticking over at a faster rate, but the prospect of individuals being charged to keep money in the bank would be a real game changer and it’s not clear how savers might react.”

Mr Cameron added: “The pandemic has had widely differing financial implications for individuals.

“Some have lost their jobs or seen their businesses suffer, leading to immediate financial difficulties.

“Others have found that restrictions on what they can do has led to them saving more money every month.

“Despite the super-low interest rates available from high street savings accounts, much of that money is currently sitting in cash.”

If rates do drop below zero, we’ve put together a guide on how to protect your finances.

Blow for savers as Bank of England holds interest rates at 0.1% but prints £100bn in cash to help boost economy