SEVERAL European countries have suspended the use of the Oxford/AstraZeneca vaccine after a small number of patients recorded blood clots.

Thailand is the latest country to suspend its rollout of the jab – here’s everything you need to know. 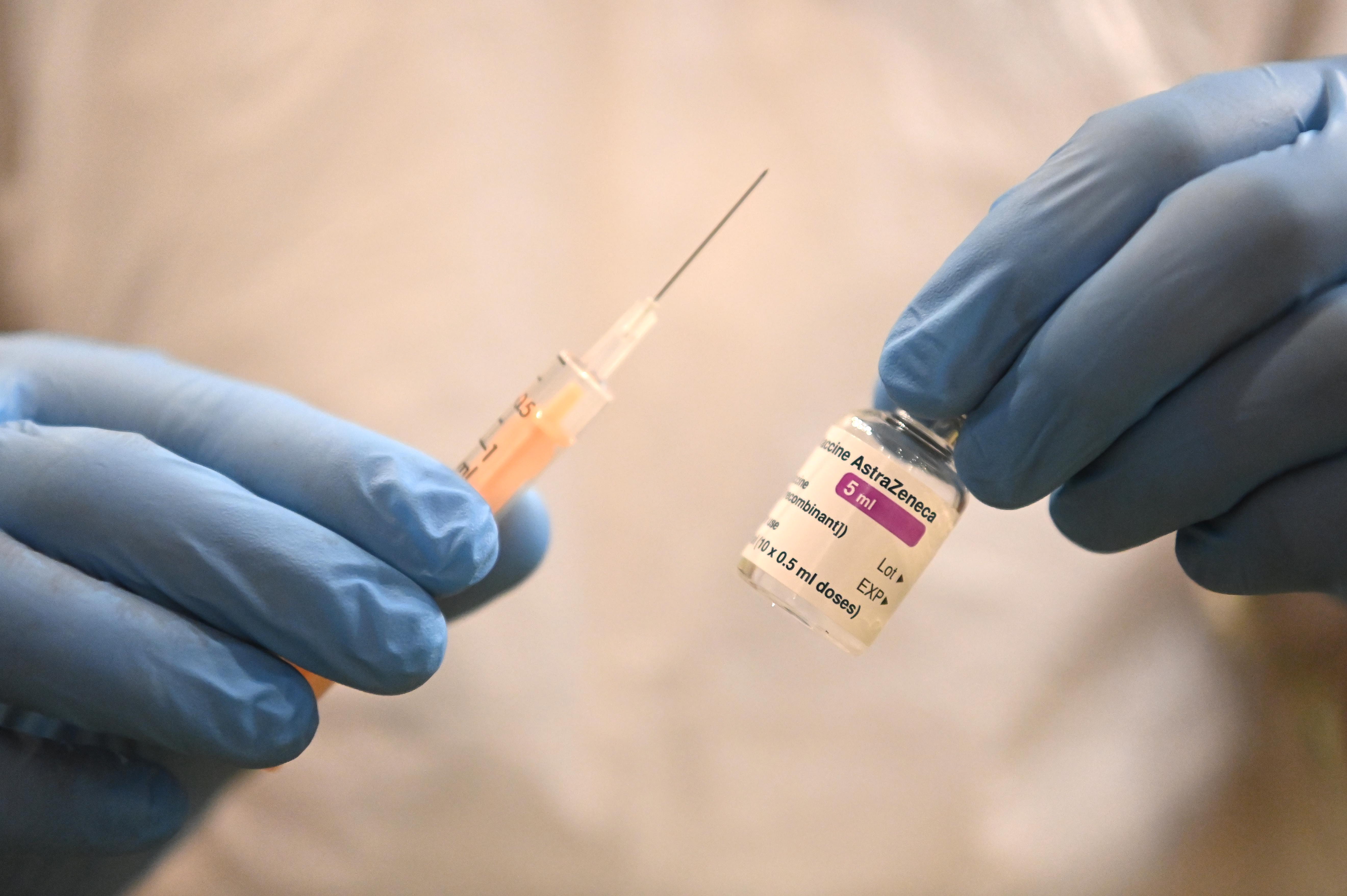 Several countries have suspended the use of the Oxford/AstraZeneca vaccineCredit: EPA

Yesterday Denmark, Norway and Iceland said they were temporarily halting all AstraZeneca vaccinations to investigate reports of blood clots among people who have had the jab.

These countries were then followed by Austria, Estonia, Latvia, Luxembourg and Lithuania.

Jabs from a particular batch of the AstraZeneca shipment were banned after reports of death.

Despite this – no details have yet been released regarding the death and it is not yet clear whether or not the patient had an underlying health condition which meant their risk of blood clots was higher.

Some people are unable to get the Covid vaccines if they are allergic to the ingredients and experts have said you should continue to go and get your vaccine when you are offered it.

The UK’s Medicines and Healthcare products Regulatory Agency (MHRA) has said there is no evidence to suggest the vaccine causes blood clot problems, and people should still get their Covid-19 jab when asked to do so.

Dr Phil Bryan, MHRA vaccines safety lead in the UK, said more than 11 million doses of the Covid-19 AstraZeneca vaccine have now been administered across the UK with no issues.

“Reports of blood clots received so far are not greater than the number that would have occurred naturally in the vaccinated population,” he added. 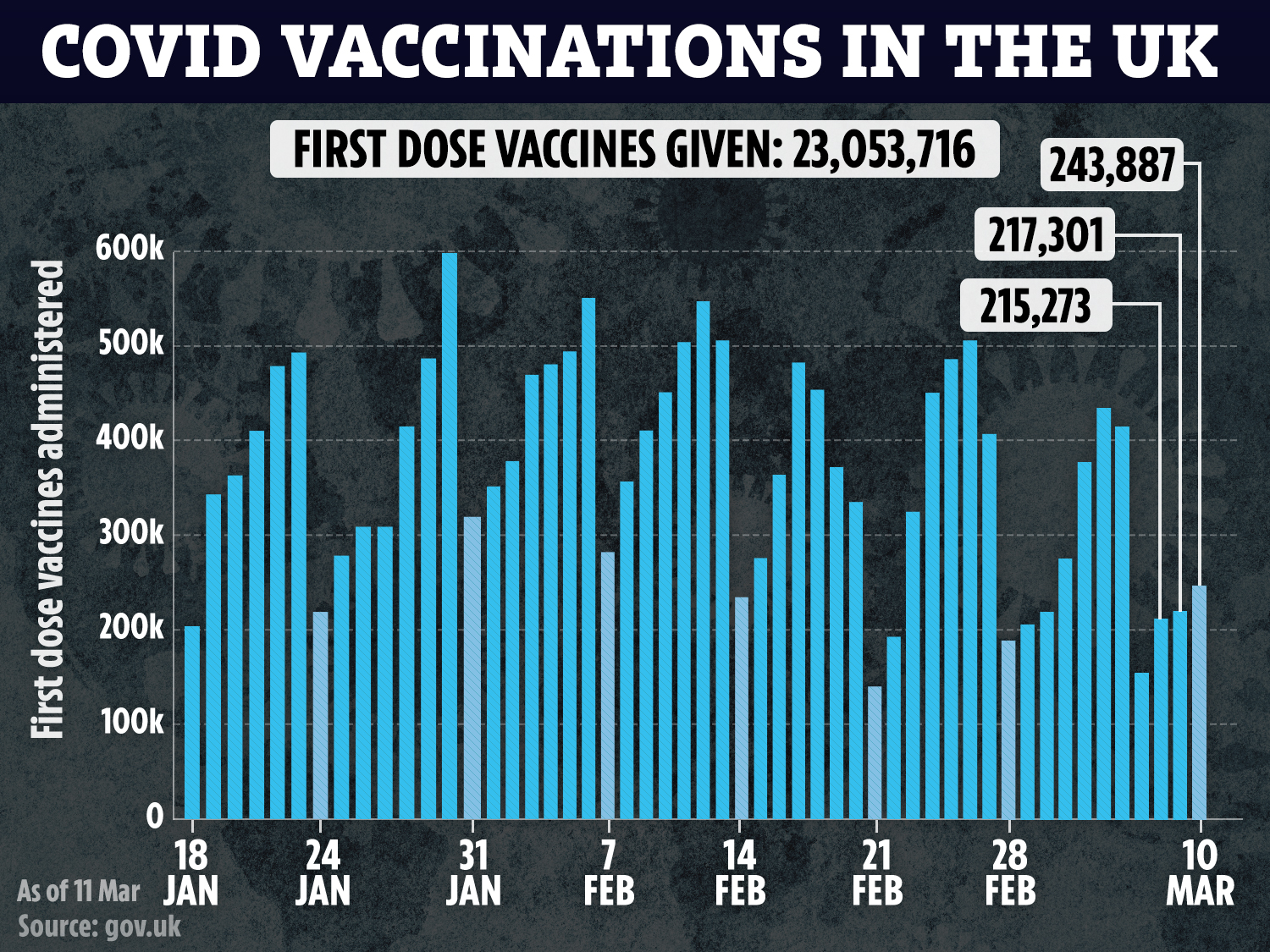 Several European countries have stopped the rollout of the AstraZeneca jab.

But some countries such as Portugal, France and Germany have said they will continue to rollout the jab.

The European Medicines Agency (EMA) has also backed the jab’s safety, saying there are just 30 reports of blood clots among close to five million people given the vaccine across Europe.

WHAT HAS ASTRAZENECA SAID?

So far in the UK over 23 million first doses of either the Oxford/AstraZeneca jab or the Pfizer/BioNTech offering have been given out with over 1.3 million second jabs.

The jab was trialled extensively before being given to the general population.

AstraZeneca says it has not found any increased risk of blood clots.

It said: “An analysis of our safety data of more than 10 million records has shown no evidence of an increased risk of pulmonary embolism or deep vein thrombosis in any defined age group, gender, batch or in any particular country.

“In fact, the observed number of these types of events are significantly lower in those vaccinated than what would be expected among the general population.”

Scientists in the UK have said there  is no certain link between blood clots and the vaccine, and highlighted that the reported cases could easily be coincidental.

Stephen Evans, professor of pharmacoepidemiology at the London School of Hygiene & Tropical Medicine, said: “The problem with spontaneous reports of suspected adverse reactions to a vaccine are the enormous difficulty of distinguishing a causal effect from a coincidence.

“The first thing to do is to be absolutely certain that the clots did not have some other cause, including Covid-19.”

What are a blood clot’s symptoms and signs?

There are two types of blood clot. When a clot occurs in an artery, it’s called an arterial clot.

This can lead to a heart attack or stroke.

A blood clot in a vein is called a venous clot, with the most serious type being deep vein thrombosis (DVT).

These clots may build up more slowly over time, but can still be life-threatening.

According to Stop The Clot, signs of a blood clot in the leg or arm include:

Signs of a blood clot in the lung include:

As the NHS states, there are a number of factors that could put you at risk of a blood clot. These include:

Austria was the first country to pause vaccinations, as the EMA said one person with blood clotting had died 10 days after vaccination.

Another person was admitted to hospital with pulmonary embolism (blockage in arteries in the lungs) after being vaccinated.

The Danish Health Authority said that one person in Denmark had died after receiving the AstraZeneca vaccine.

A 50-year-old man is also thought to have died in Italy from deep vein thrombosis (DVT), while there has been an unconfirmed report of another death in Italy.

The EMA said there have been 30 reports of blood clots among five million people given the vaccine across Europe.

It said this was no more than what was seen in the general population.

But AstraZeneca said that the occurrence is “significantly lower” in those who have been vaccinated than what would be expected among the general population.

Dr Jon Gibbins, a professor of cell biology at the Institute for Cardiovascular and Metabolic Research, University of Reading, agreed the figure was low, telling The Sun: “Venous thrombosis (one type of thrombosis) affects about 1-2 people per 1,000 per year.”

Dr Gibbins said it was “too early” to be definitive over whether the vaccine was linked to the blood clots – but said he was “not overly concerned”.

How is AI Redefining the Future of eCommerce Industry