ARMED police have been sent to Appleby horse fair over fears there could be “serious violence”.

Seven people have already been arrested at the annual traveller festival in Appleby-in-Westmorland, Cumbria – and cops are gearing up for more.

Armed police have been deployed to Appleby horse fair amid concerns of ‘serious violence’Credit: Alamy 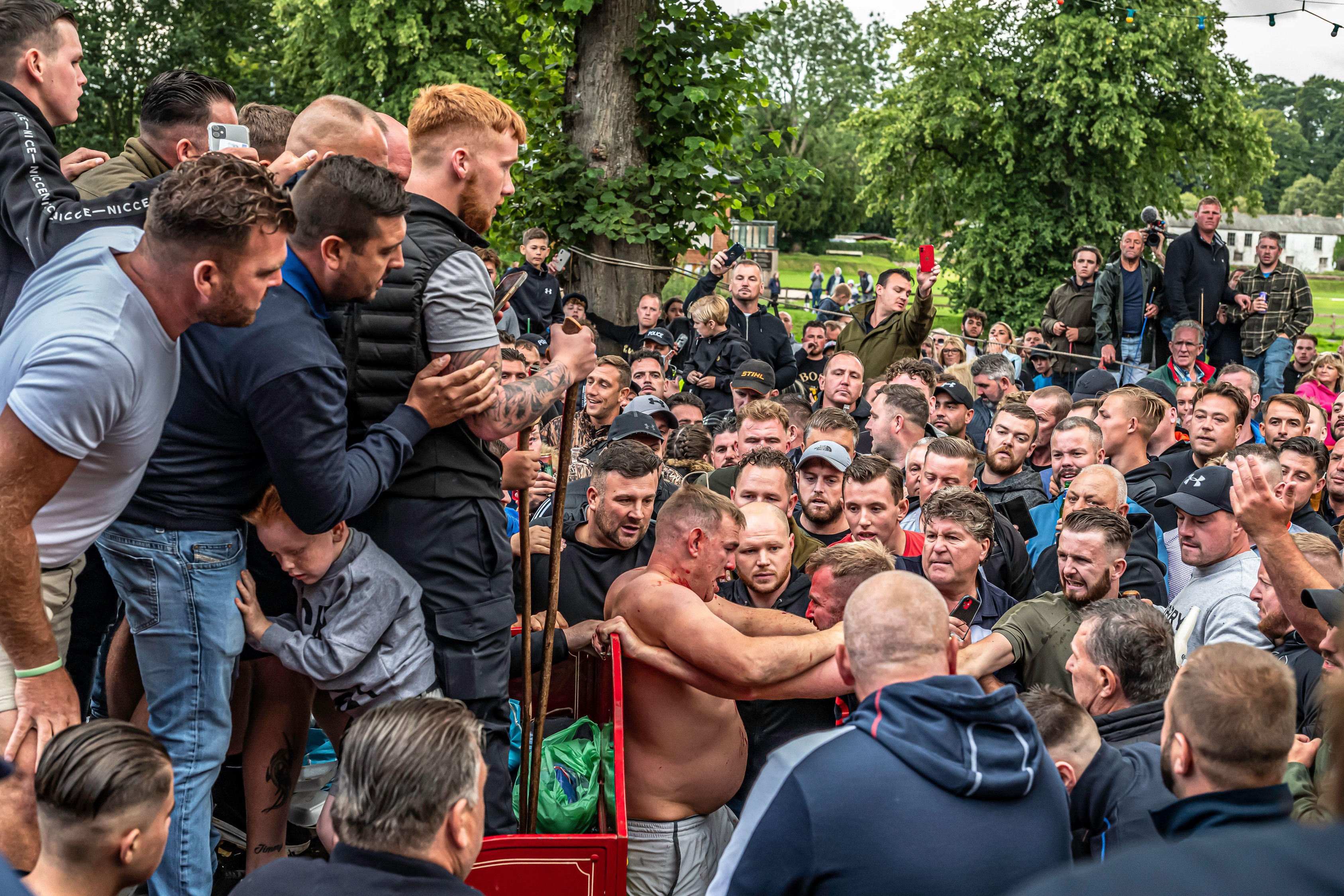 Crowds watch as two men have a fight outside a pub in Appleby, CumbriaCredit: Alamy

The celebrations kicked off on Thursday, with visitors flocking in huge numbers.

Hundreds of people from the Gyspy, Roma and Travelling community arrived for day one of the event.

But only 24 hours hours after the party got underway, seven men were arrested following a bust-up near a pub on The Sands.

Several people suffered facial injuries, while others walked away with cuts and bruises.

Cumbria Police now understand “a number of groups” are planning to travel to the town to cause trouble “as part of ongoing feuds between different groups”.

Superintendent Matt Kennerley said: “This is unacceptable and will not be tolerated.

“Policing resources will be increased in key areas and at key times.”

Armed police will be patrolling the streets and a Section 60 order is in place until 12.30am tomorrow.

It will allow officers to stop and search anyone without needing to suspect they could be carrying a weapon.

Supt Kennerley added: “These powers will help our officers to keep people safe.

“However, I also urge anyone with information about potential disorder or any other type of criminality to contact the police.

“Anyone who is seeking to come to the Fair to act violently is no friend to those of us – including Appleby people and the Gypsy and Traveller people – who wish for the Horse Fair to be an enjoyable and safe environment for all.”

It follows yesterday’s message that there is “zero tolerance for anyone who makes the decision to travel to Appleby and behave violently”.

But many travelled along the country roads by traditional horse and bow top carts.

Some owners then rode their horses into the River Eden as part of an Appleby tradition.

The washing of horses dates back hundreds of years when animals were cleaned ready for selling.

Last year’s fair was cancelled due to the Covid pandemic, but huge crowds have descended on the area this year.

Many have pointed out a lack of social distancing, but lateral flow testing kits are being handed out on site tomorrow to help stop the spread of the virus.

The Appleby event is the biggest traditional Gypsy fair in Europe and attracts around 20,000 Gypsies and Travellers . 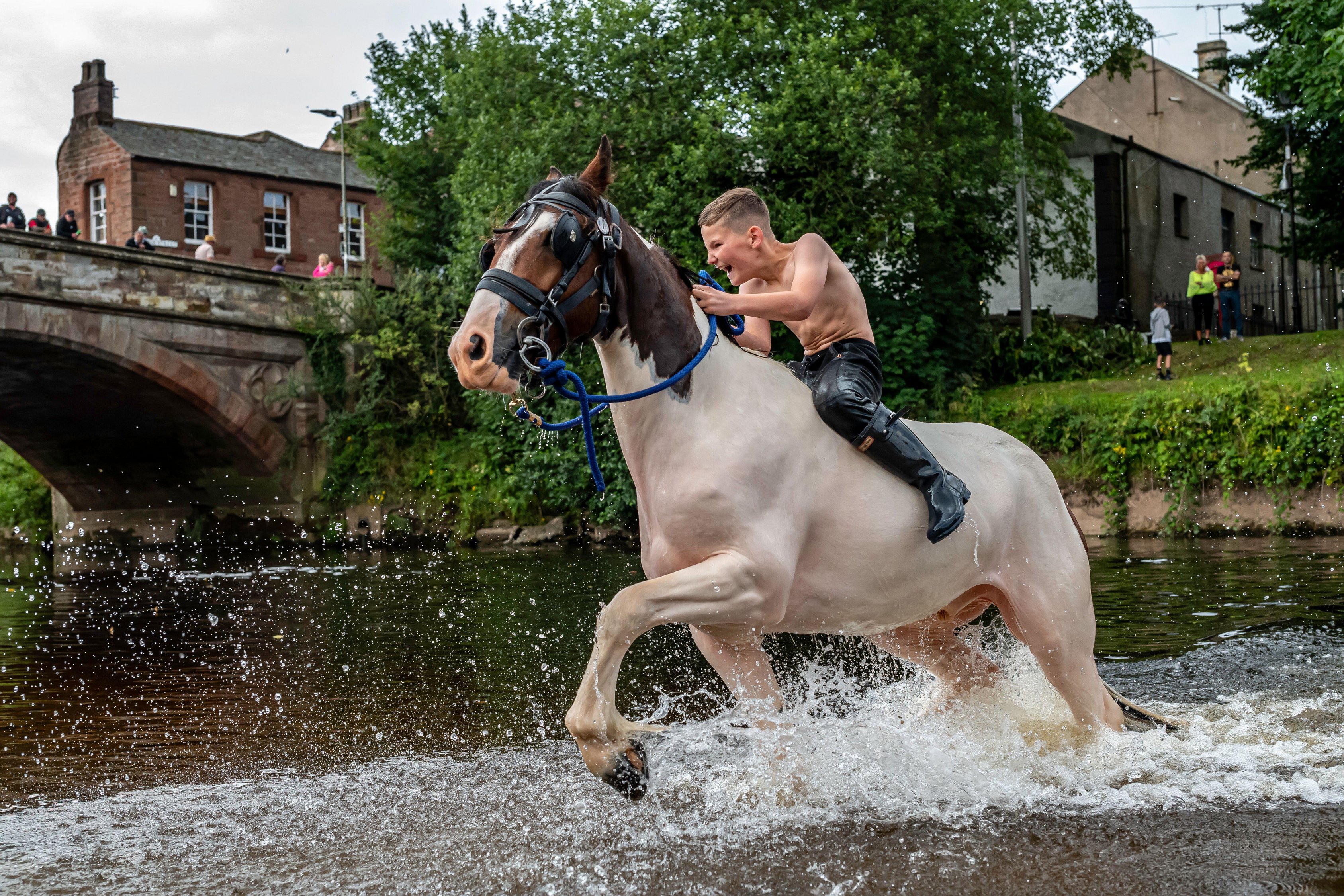 A horse rider splashes through the water in Appleby-in-Westmorland, CumbriaCredit: Alamy 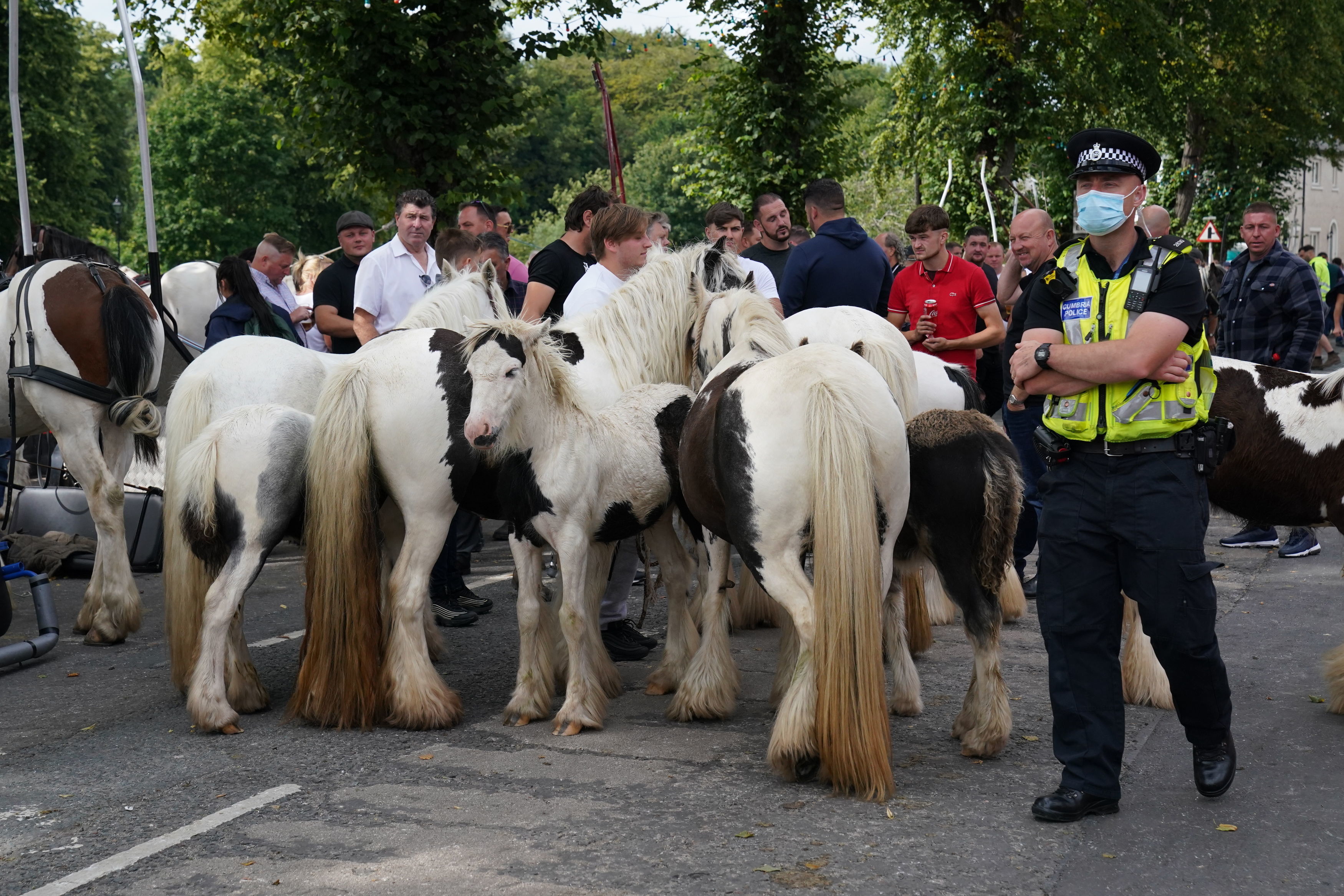 Police patrol as horses stand in the road in Appleby, CumbriaCredit: PA 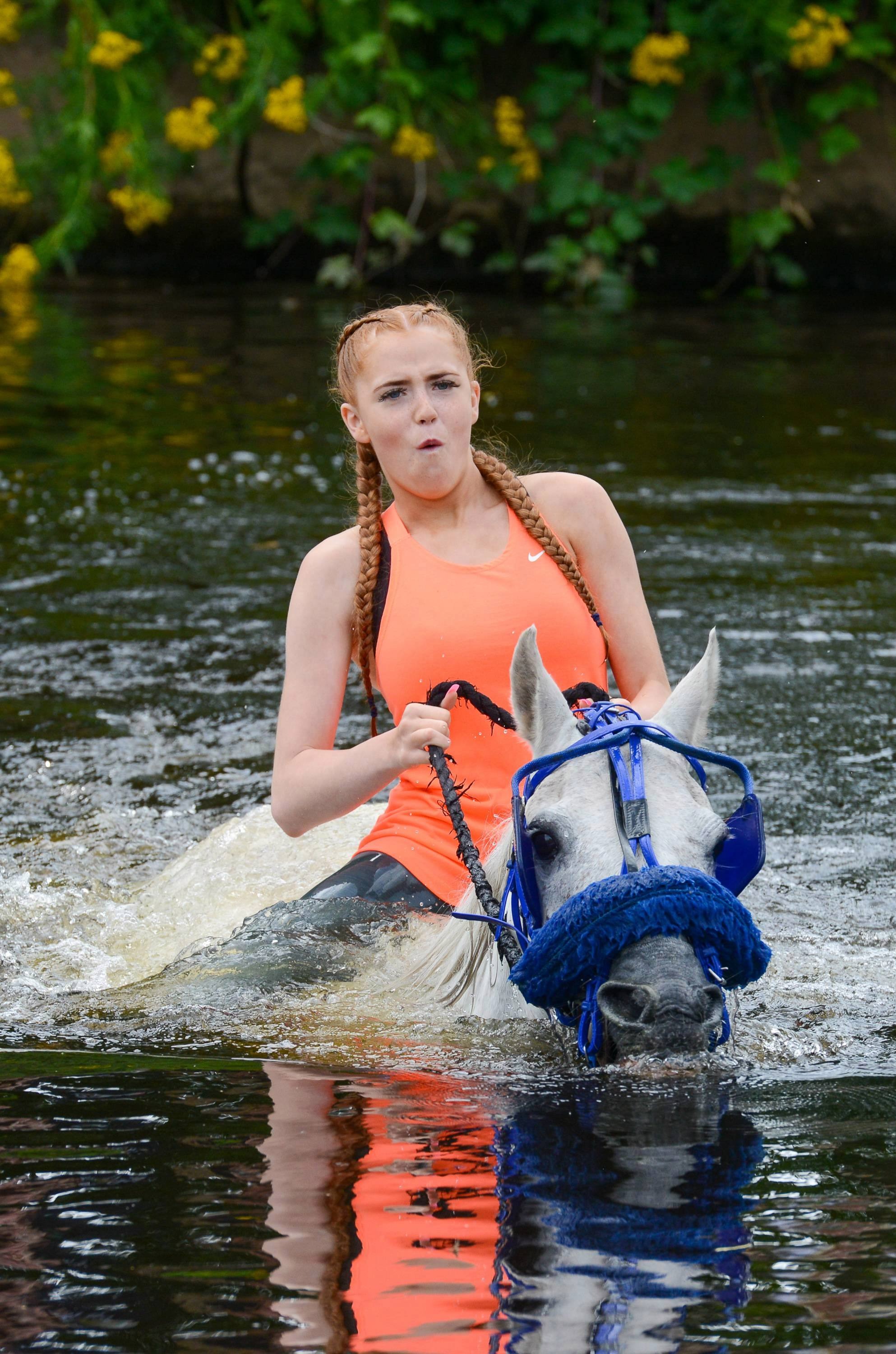 A woman rides a horse in the River EdenCredit: NNP 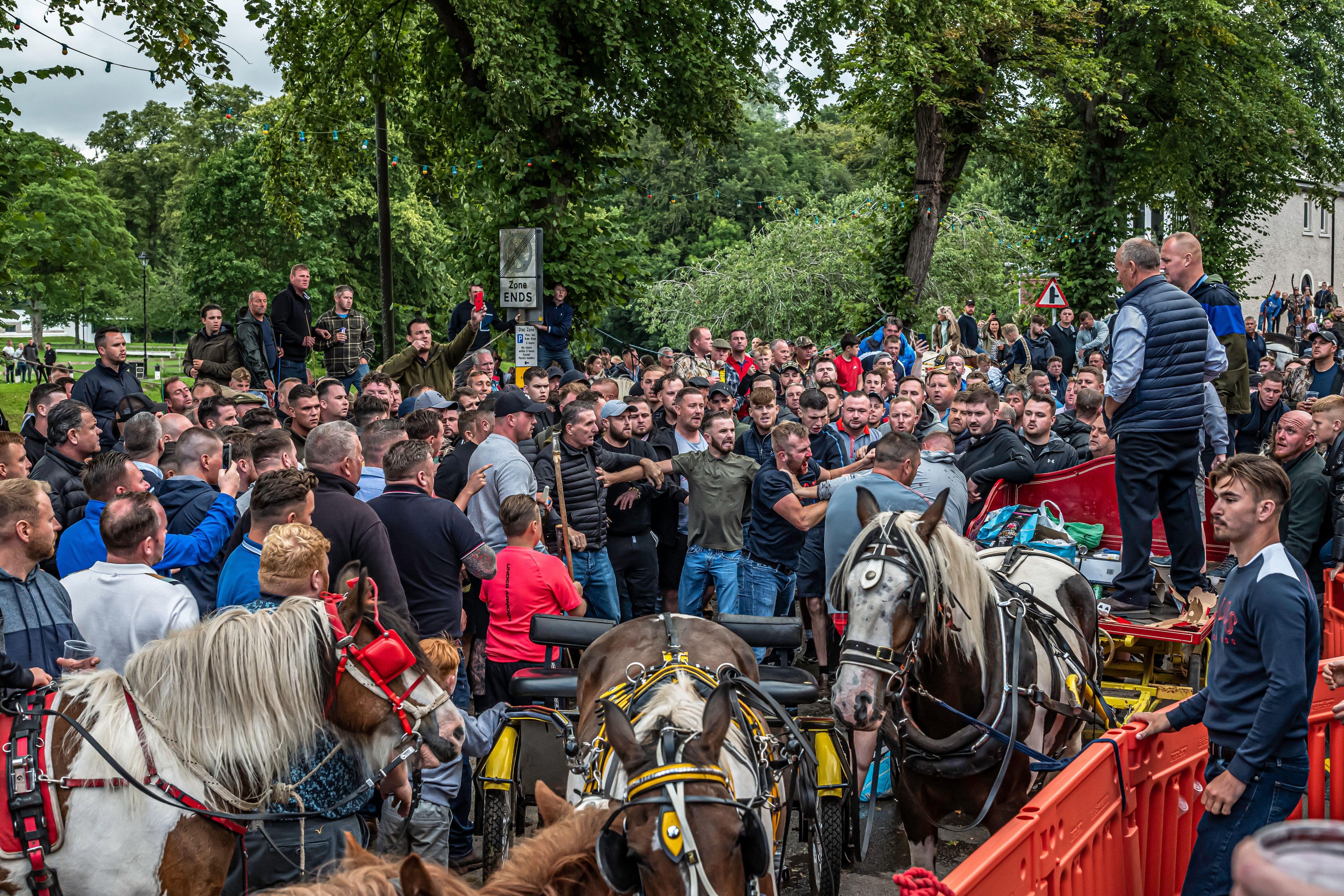 Covid pushed this year’s event, which should have been in June, back until AugustCredit: Alamy 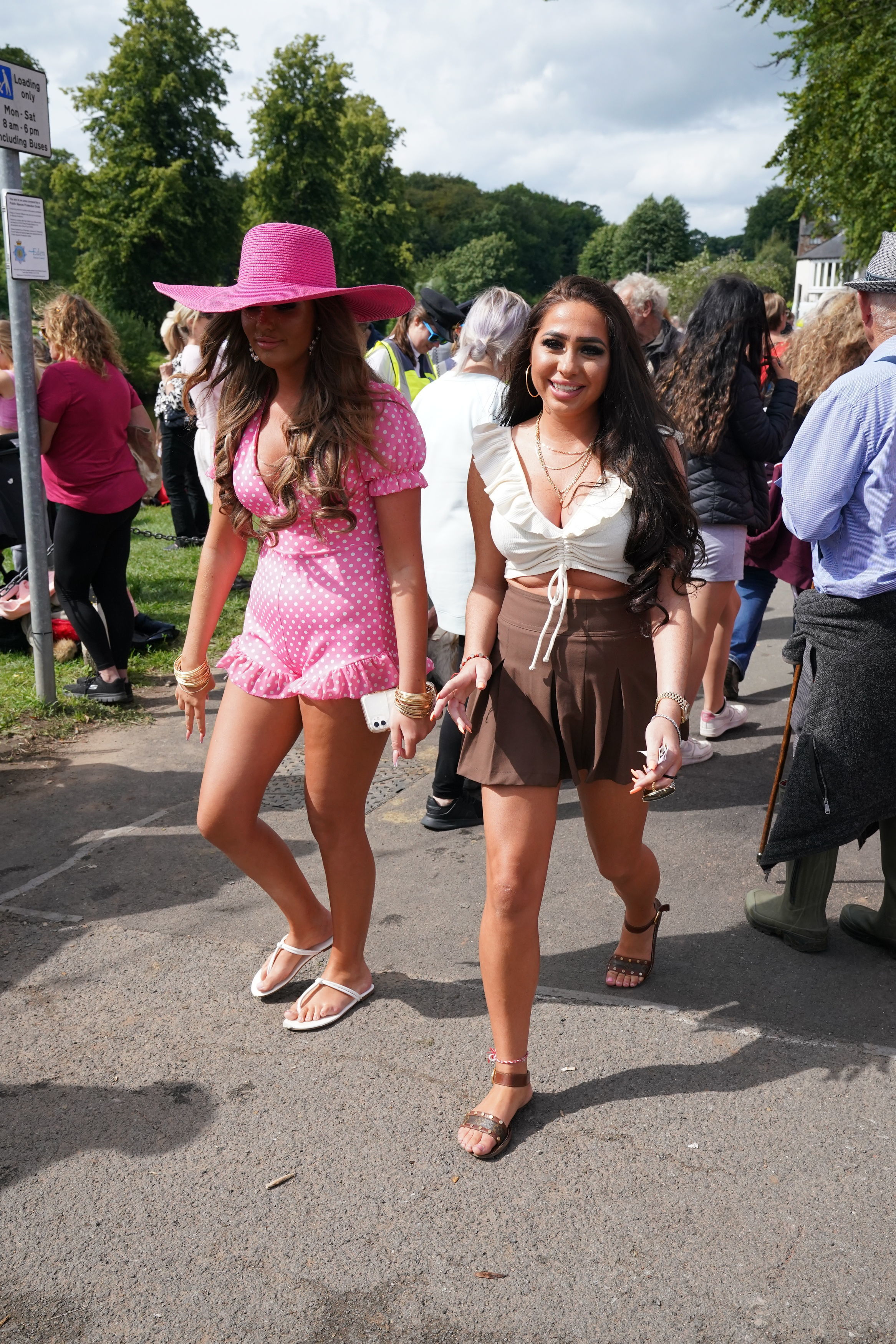 Two friends arriving at the annual gathering of travellersCredit: PA 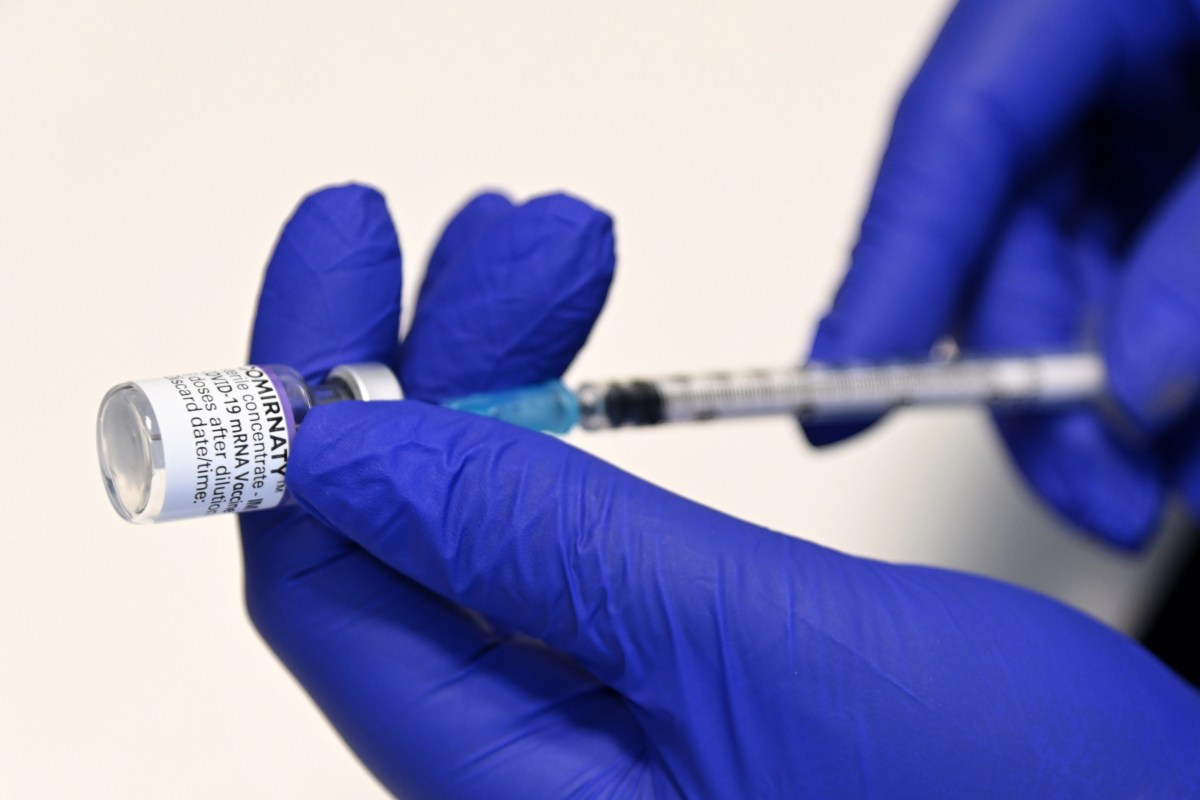 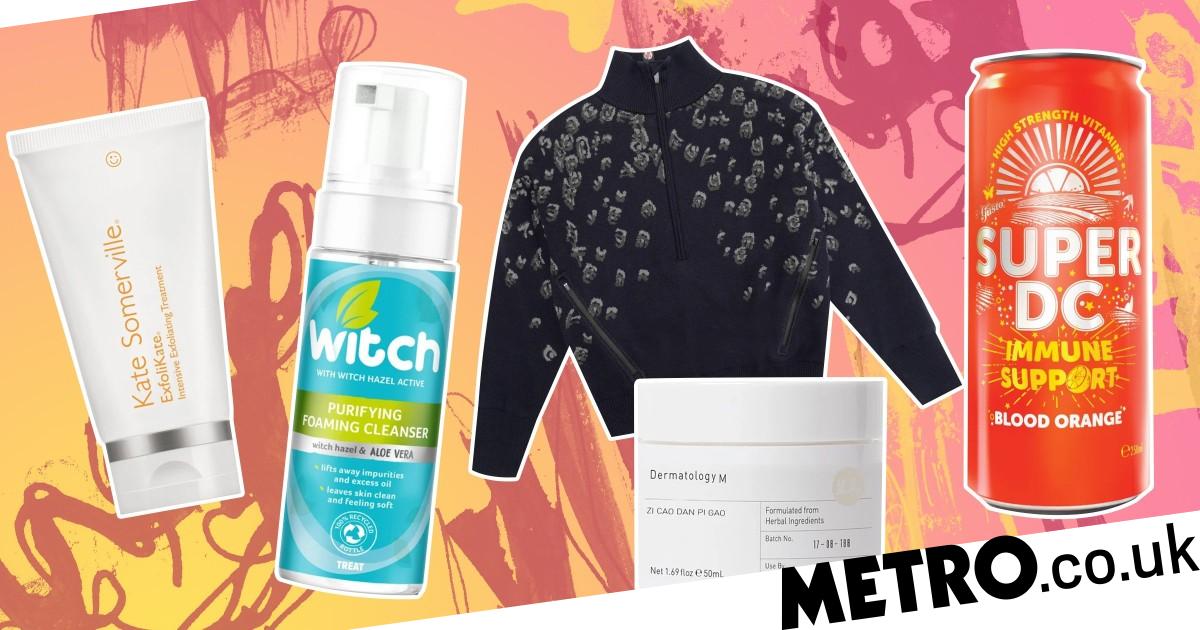 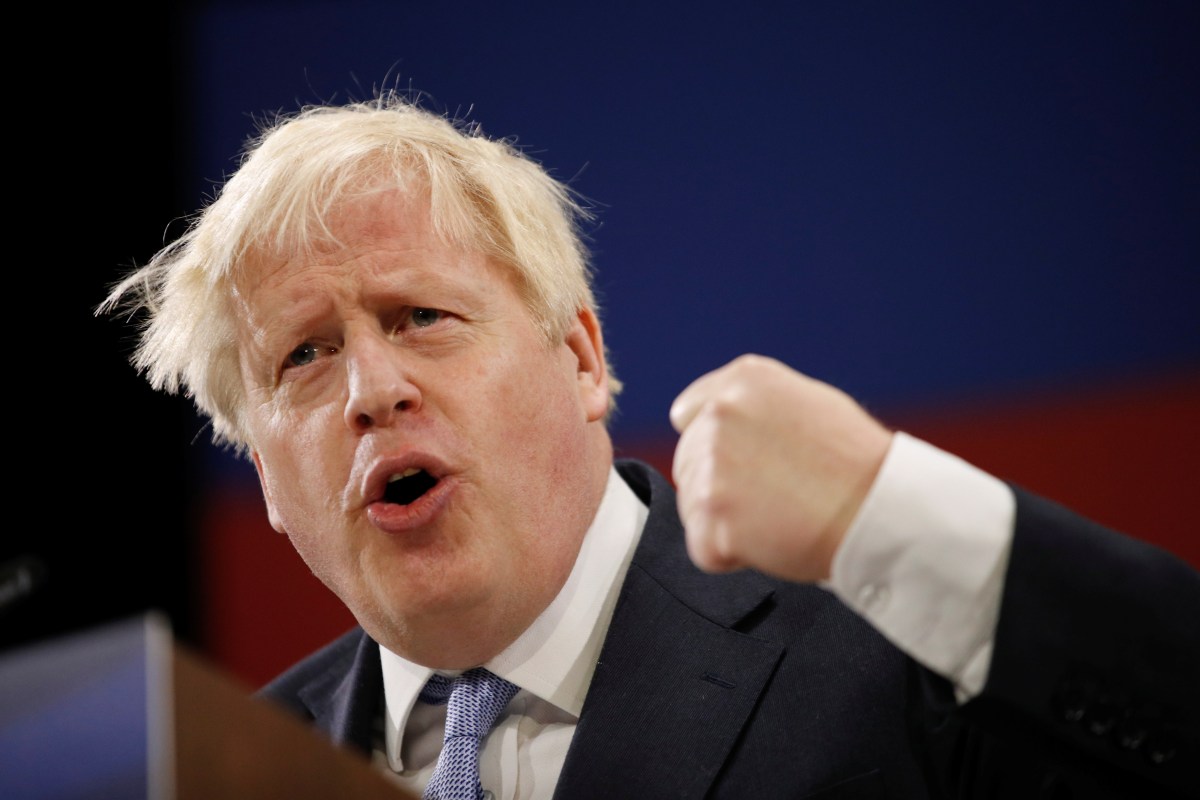 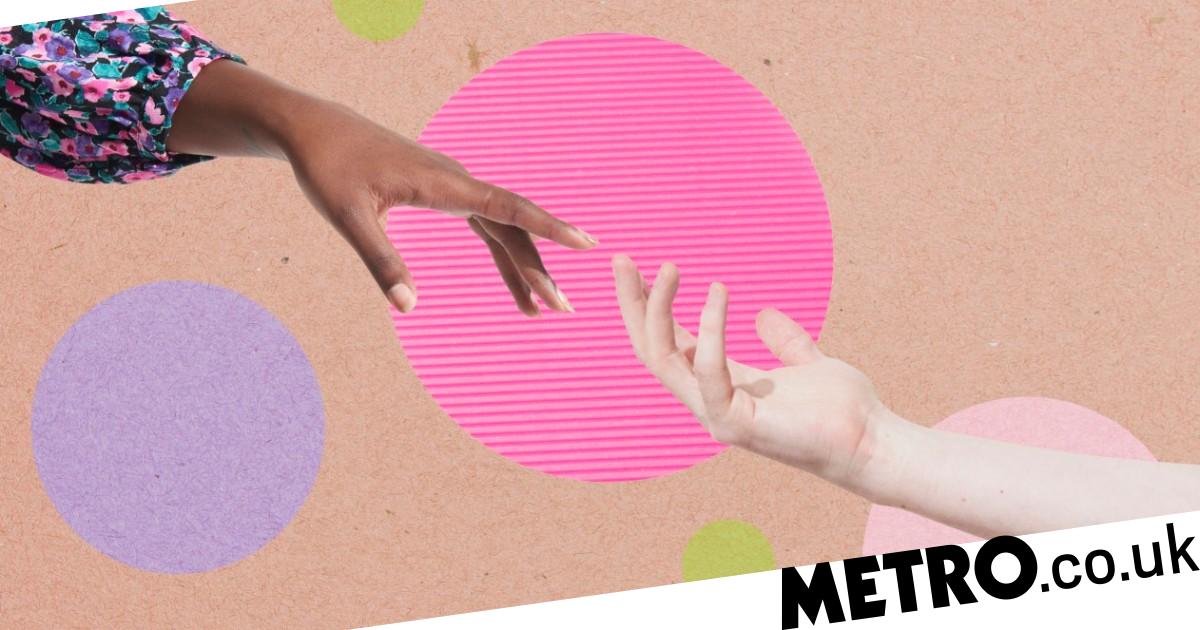 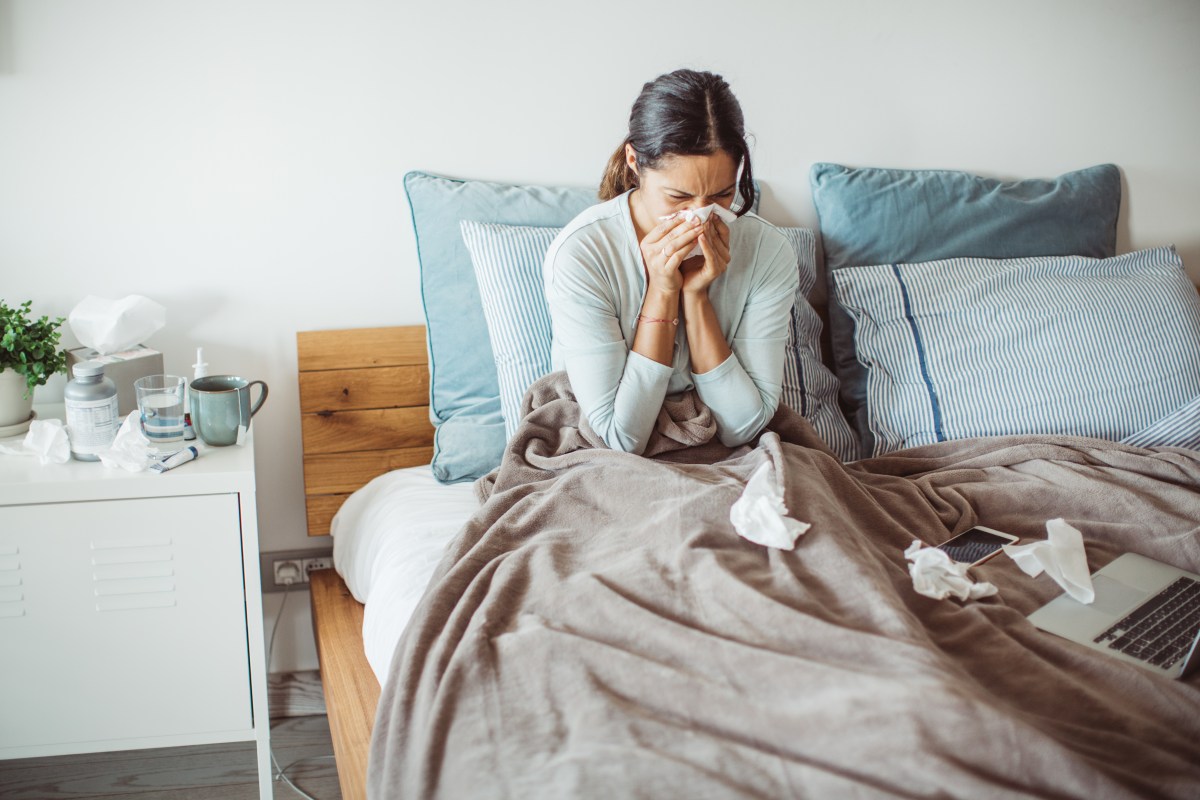 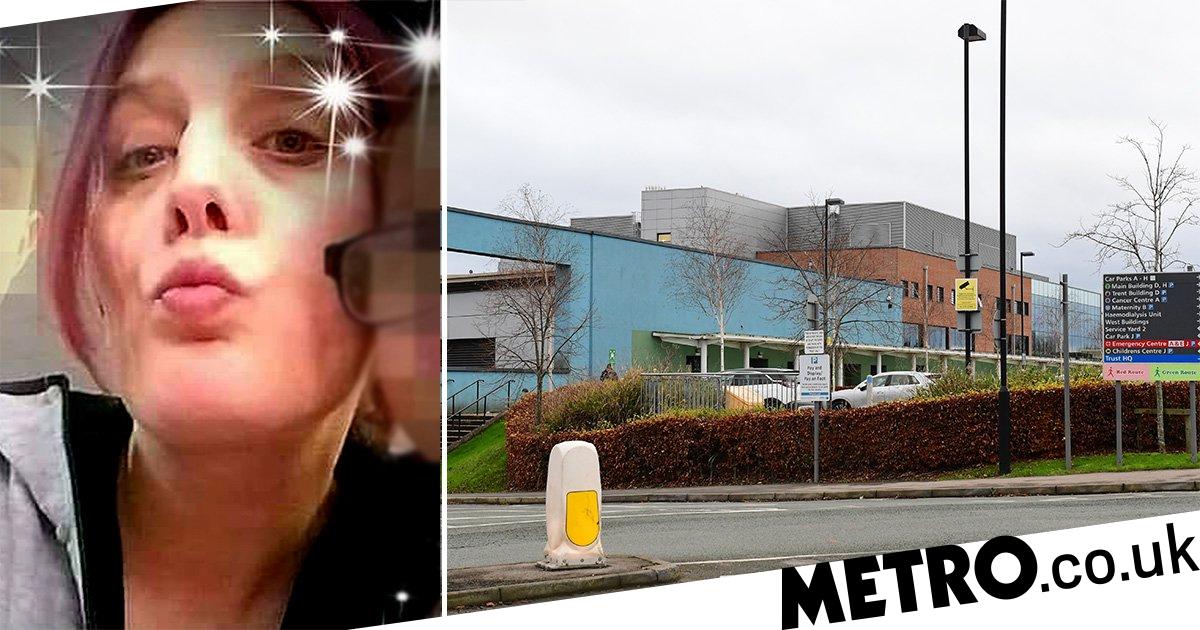 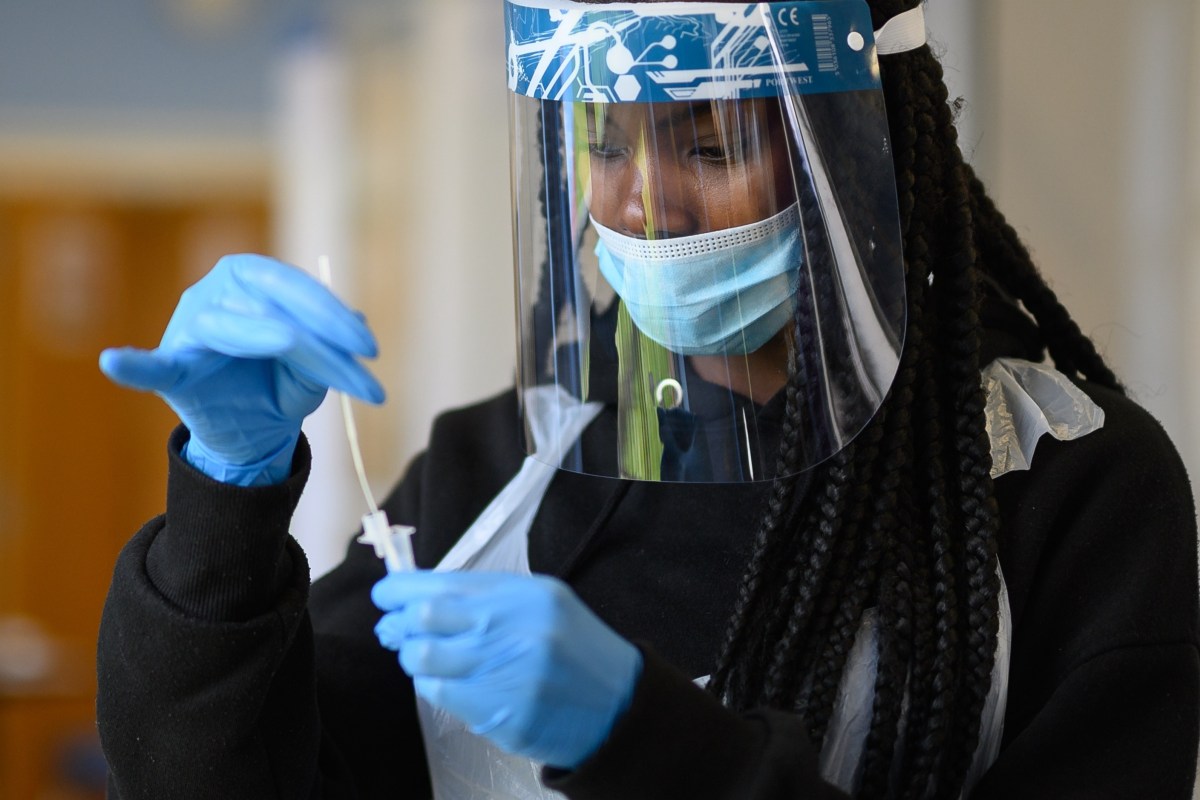