THREE major players in Europe find their heads on the block today over their disastrous Covid jab roll-out. 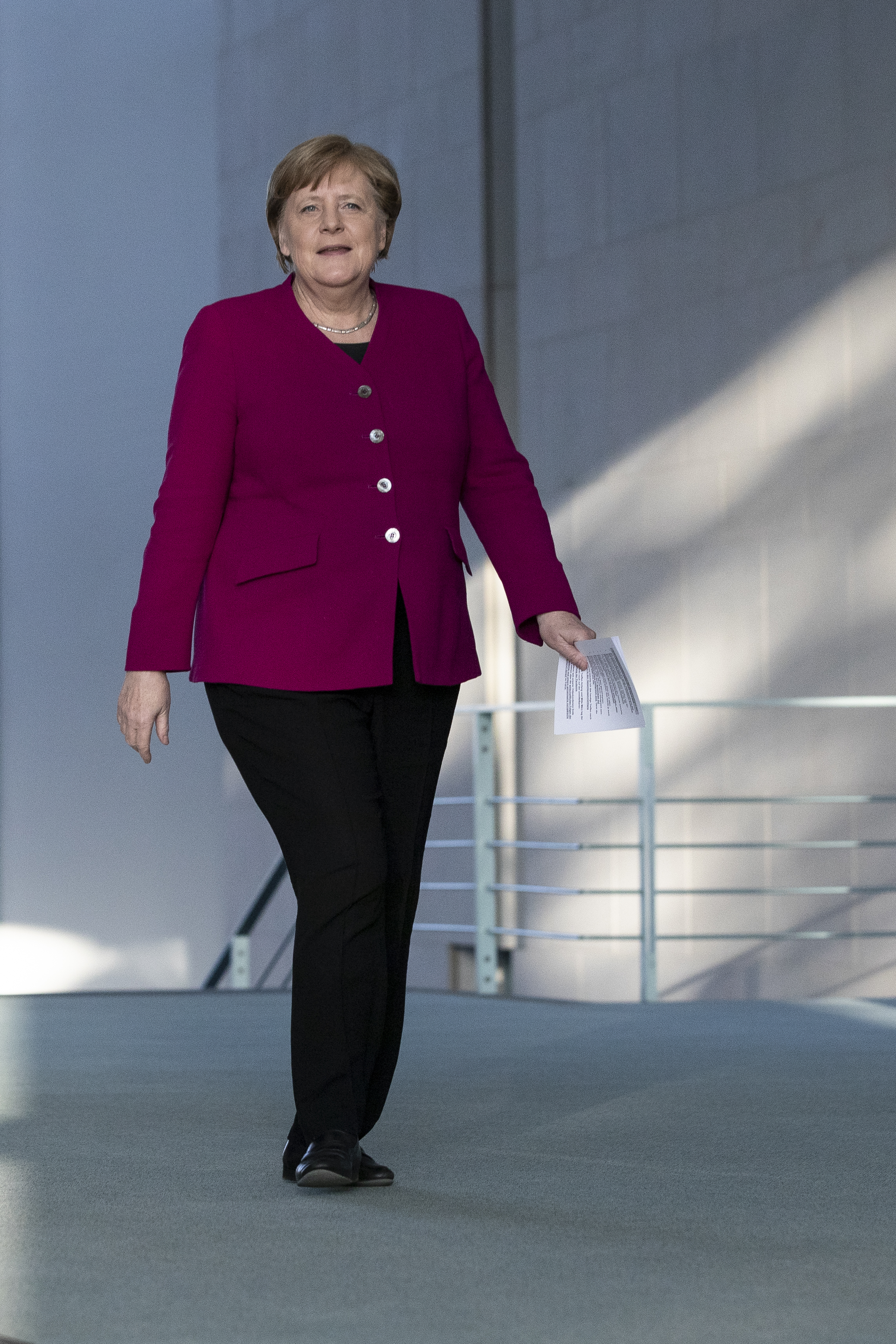 Germany has given out 2.2 million doses while the UK has vaccinated 8.8 million – pictured is German Chancellor Angela MerkelCredit: Getty Images – Getty

And European Commission President Ursula von der Leyen faces huge pressure after her bungled attempt to impose a hard vaccine border on the island of Ireland.

It comes as Eurosceptics in the UK predicted the ultimate destruction of the EU within the next few years.

Tory MP Peter Bone last night said: “The EU has long-term problems partly due to its its undemocratic nature.

“It’s clear that they are not serving the nations.

“It’s breakdown will depend on Germany and France and what the people in those countries think.

The organisation is bound to fail in the end because of what it is. It’s undemocratic and out of touch.

“Will what has happened with the vaccine encourage people not to be in the EU? I think so.

“The organisation is bound to fail in the end because of what it is.

“It’s undemocratic and out of touch.

“This is just a classic case.”

France has delivered only 1.3 million jabs and Germany 2.2 million doses while the UK has vaccinated 8.8 million.

Merkel has summoned the chiefs of her country’s 16 states to discuss the slow progress. 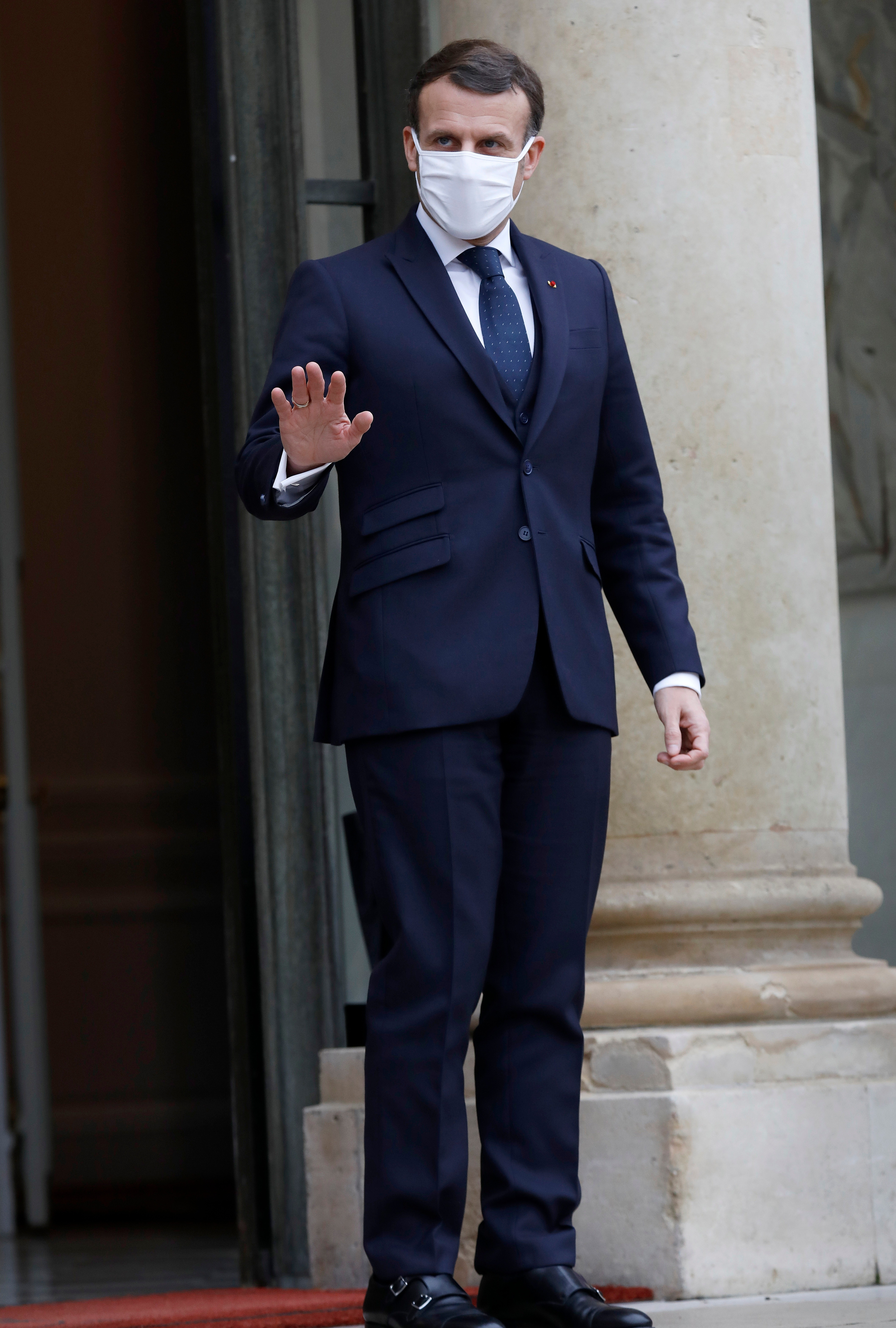 He said: “The situation is more than unsatisfactory. Operational responsibility lay in Europe.

“The fundamental importance of this situation has been completely underestimated.”

The fiasco could have a knock-on effect for governments in national elections.

Polls are scheduled to take place in Holland and Bulgaria in March.

The German general election is in September and the French Presidential election will be held in April next year.

In France, Macron — who falsely said the AstraZeneca vaccine was ineffective for people over 65 — was lashed by his country’s oldest daily national newspaper. 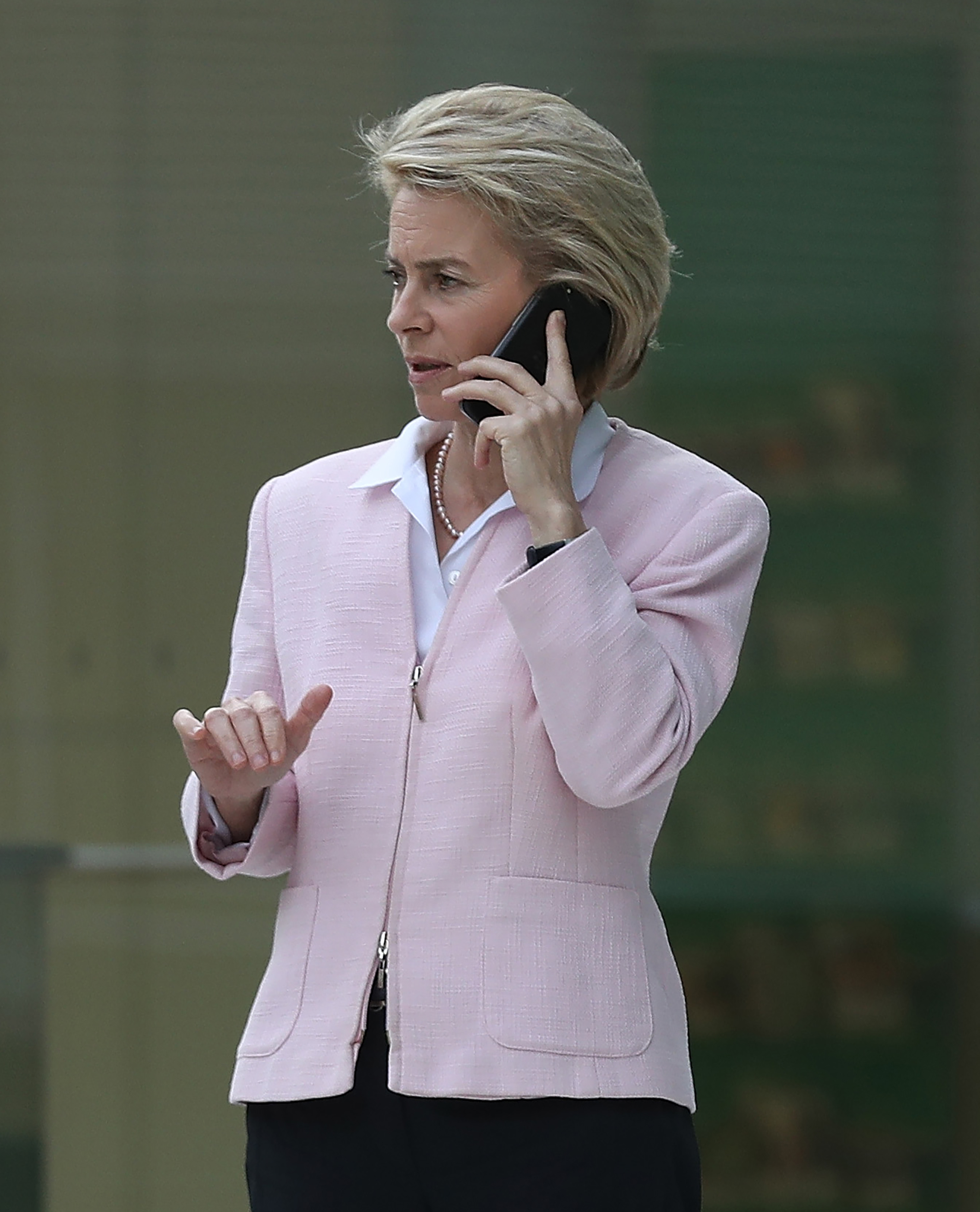 The story underneath warned of “geopolitical” consequences.

It added: “Unfortunately, the doses are arriving in drops in Europe since other countries of the world have better locked in their supply.

“Our only way out of the health crisis is thus several months away.

Columnist Peter Tiede claimed the contract signed with AstraZeneca was “a declaration of bankruptcy for Brussels, an indictment of the 27 member states. An insult to Europe and all of us”.

Mr Bone added: “It always struck me when we left the EU that people in the nation states who have always wanted to leave, will see what we are doing and be encouraged.

“I didn’t think it would happen quite so quickly.”

It always struck me when we left the EU that people in the nation states who have always wanted to leave, will see what we are doing and be encouraged.

Ex-Brexit Minister David Jones said the German ex-Defence Minister has a poor track record — including sending troops on an exercise with broomsticks.

He said: “The buck stops with her. She has handled it extraordinarily badly, she could have tempered the hot-headed who wanted to trigger Article 16.

THE government has ordered 350million doses of Covid-19 vaccine, with vaccination starting in early December.

This includes 40million doses of the promising Pfizer shot, which was revealed to be 90 per cent effect last week.

These are the other vaccines which the government has pre-ordered:

Oxford/AstraZeneca: 100million doses
A weakened virus that causes colds in chimpanzees, it has been shown to generate a strong immune response against Covid-19.

It has been genetically changed so that it is impossible for it to grow in humans, making it safe for children, the elderly and people with pre-existing conditions.

Currently in phase-3 trials in the UK, USA, South Africa, Japan, Brazil and Kenya, more than 50,000 test patients have been given the vaccine. Early reviews have shown it to be safe.

A company in Australia has already started making millions of vials in the expectation that trials will be successful.

Contains purified piece of the virus that causes Covid-19. When it is administered, the body recognises it as “foreign” and mounts a protective immune response.

It has been shown to generate more antibodies than in patients recovering from severe Covid-19 infections.

Currently in phase-3 clinical trials in the UK and USA.

Uses the same protein as one of Sanofi’s seasonal flu vaccines coupled with a booster.

In phase-1 clinical trials but early results have been positive.

The government has invested in Valneva’s manufacturing facility in Livingston, Scotland, to create a major UK vaccine factory.

Currently in pre-trial research, with trials due to start in December.

Prevents Covid-19 infection by targeting the virus’s “spike protein”, effectively disabling it before it can cause any damage.

Tested on 40,000 patients, it is currently in phase-3 trials, but the first interim analysis has shown it is 90 per cent effective.

Uses a modified common cold virus to act like a Trojan horse that can deploy the Covid-19 virus’s “spike protein” to human cells, causing the body to generate antibodies.

Phase-3 trials among 60,000 patients were recently halted temporarily after an unexplained illness in one volunteer. Trials have since resumed.

“This is certainly her personal responsibility. They didn’t make an order until three months after the UK.

“If we were members we would be asking her to consider her position.”

Ireland’s Europe Minister Thomas Byrne said his country was blindsided by the border issue. He said: “Clearly a mistake was made.” 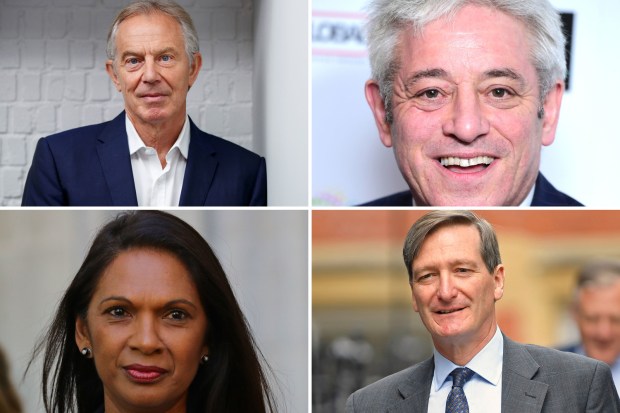 THE EU’s biggest British fans have gone very quiet since the vaccine war broke out.

Brexiteer Tory MP Mark Francois said: “One minute the EU says the AstraZeneca vaccine doesn’t work, the next they can’t get enough of it.

“They have silenced Remainers. They’re like a football crowd who stop singing when their team takes a hammering.”

The EU’s attempt to shift the blame over its vaccine failure has exposed it as an incompetent, angry bully