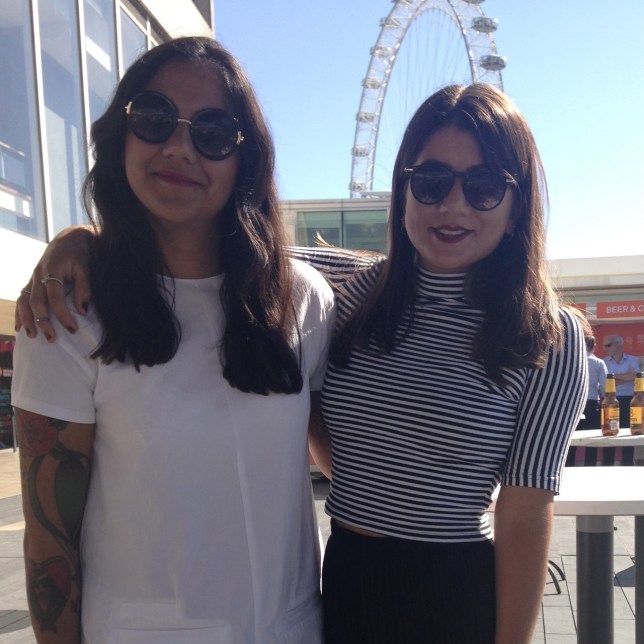 Saima was the eldest of my three siblings, and I the youngest (Picture: Nafeesa Arshad)

I never thought I’d be in a cancer ward visiting my sister, let alone while we were both in our twenties.

It was 2018 and there were lots of elderly people in the ward, many of whom were connected to machines.

But there was one person who stood out amongst all this. My older sister by seven years, Saima, just 29, slap bang in the middle of a room.

Here is where our world flipped on its head and where we found out that my sister had terminal lung cancer.

Saima and I are two of four sisters. She’s the eldest sibling and I’m the youngest.

Raised by our mother in Kent, my family aren’t strangers to taboo subjects. My mother struggled with the South Asian community disapproving of her after she divorced my father, and being raised by a single parent was considered unusual when I was growing up.

But misconceptions about cancer are also prominent in the community, and a diagnosis is often tinged with shame. There is a mentality that it is ‘god’s will’, that there is a reason behind your illness. 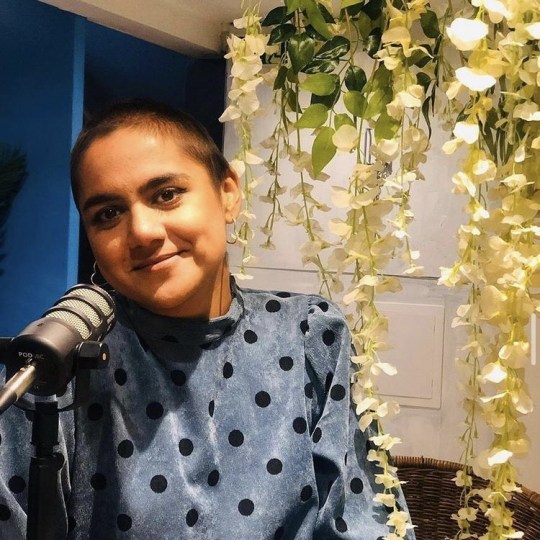 My sister, Saima Thompson, was 29 when she was diagnosed with stage-4 lung cancer in 2018 (Picture: Nafeesa Arshad)

And sometimes you’re not even told by relatives when a loved one has died of diseases, and instead are given ambiguous causes of death because of this element of shame.

Saima’s journey to that cancer ward was very sudden. She’d experienced some neck swelling and fatigue for a few weeks and had been going back and forth to her GP, who thought it could be a thyroid issue or lymph nodes.

After about four weeks without any progress, she decided to get a private scan and was subsequently sent straight to A&E as they had found something unusual.

Upon arrival, she was admitted to the cancer ward and was later diagnosed with the most severe stage – four. 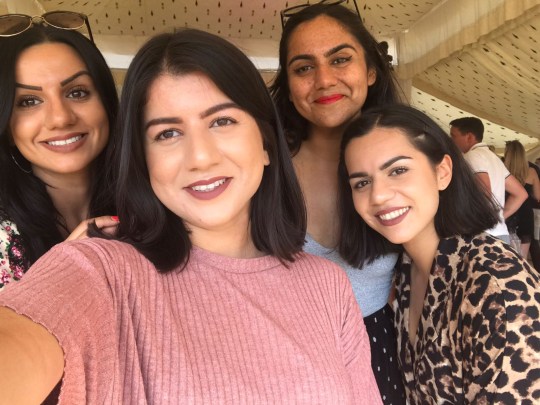 I was raised with my three sisters by our single mother in Kent (Picture: Nafeesa Arshad)

When people think of lung cancer, they automatically think of people who are smokers. But we had to learn the hard way that it can affect anyone. And in Saima’s case it had nothing to do with her lifestyle.

At the time she was diagnosed, she was otherwise fit and healthy, building a future with her fiancé and running two businesses – the multi-award-winning Masala Wala Cafe, a traditional Pakistani restaurant, and a pop-up bar in south London.

Upon hearing about the diagnosis, some distant relatives tried to pinpoint the reason for the illness and find mistakes that might have led to a terminal diagnosis. This made me feel sad as it amplified the disparity in knowledge and understanding of illnesses across cultures.

Saima began treatment, including oral chemotherapy and radiotherapy. Her experience led her to becoming a tireless campaigner on the issues around cancer at a young age. 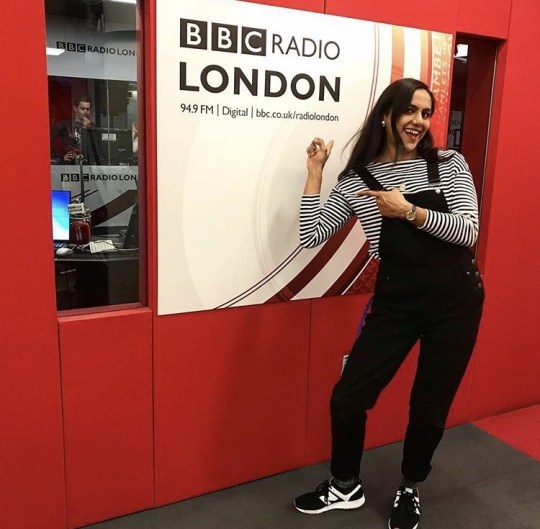 Saima was my role model and she became a tireless campaigner on the issue of cancer (Picture: Nafeesa Arshad)

At the time of her diagnosis, she felt very isolated with what she was going through. She wanted to find someone who looked like her and who was experiencing what she was so, being a young millennial, she turned to the online community.

She began to share her stories in the hope of helping others feel less alone and, I think, to also form a connection with those who understood.

In between her treatment, she organised supperclubs to raise funds for cancer support charities, wrote and spoke regularly on the need to break down taboos and misconceptions on living with cancer as a young woman of colour, kept a blog documenting her experiences, set up a BAME cancer support group, and co-hosted a podcast on BBC Asian Network about grief and death.

But at the age of just 31 – and during the pandemic – my sister died in June last year.

Despite her diagnosis, it was still unexpected. We were only informed on the day that it was going to happen. The restrictions around the time with it being a pandemic meant we couldn’t visit her in the hospital during the week and also couldn’t have as many people as we would have liked at her funeral – this made it a very difficult time.

Grief is very much a collective thing in South Asian culture. Yet the whole terminal illness side is not really discussed and it’s very much brushed under the carpet. 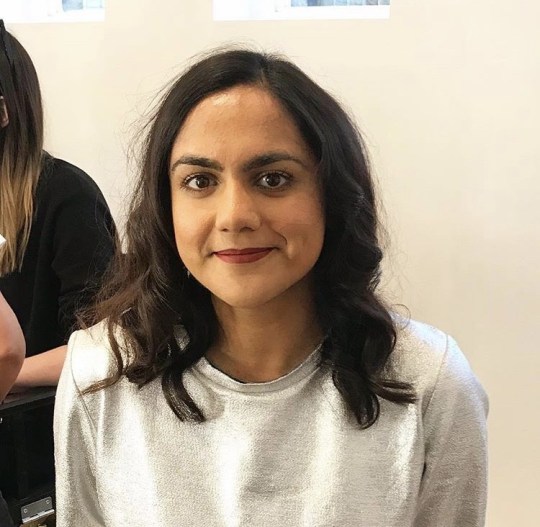 Saima’s legacy lives on, and she has inspired me to be more open about my own grief (Picture: Nafeesa Arshad)

Her legacy, however, remains. Both in the physical space and what she did online.

She inspired me to follow in her footsteps and I’ve created a space online called Goodness Gracious Grief, a place to discuss grief, loss and death. I will be hosting events as a means of connecting with others who have experienced loss.

Through this space I have been able to meet others who have experienced sibling loss at a young age, which is not as common as parental or grandparental loss. I find it a sense of relief and so cathartic to be able to speak openly about my sister, but also to be able to speak about my grief.

Saima was ultimately my role model. I always looked up to her. She wasn’t only my older sister, but also my mentor, peer, best friend and even a second parent.

I hope to continue her work of breaking down misconceptions around cancer, death and grief, so that we can strip these topics of the taboo they hold, and remember the people behind the illness.

As told to Kathryn Snowdon

Almost a third of Macmillan services are funded by gifts in wills. Any gift, however large or small, will help futureproof vital services for people with cancer. Click here for more information.

When can I go on holiday in the UK and abroad? Travel rules explained