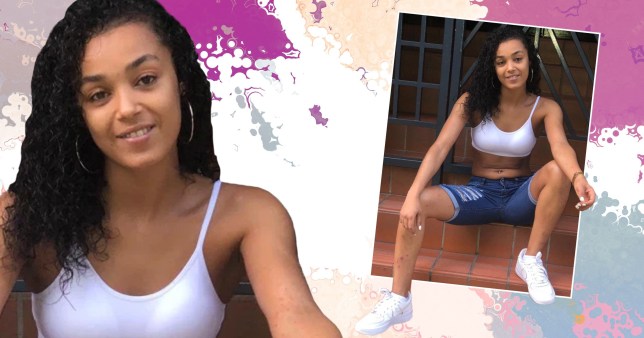 Despite being just 25-years-old, actress Jasmine Jobson has been on stage or in front of a camera for almost a decade, the highlight of her career being a Bafta nomination last year for her role in Top Boy.

But behind the red carpets and big smiles, Jasmine has suffered from depression and anxiety due to psoriasis, a very common skin condition that has, at times, affected her entire body.

Psoriasis affects roughly 2-3% of the UK population and is a non-contagious immune condition that causes symptoms on the skin and sometimes the joints.

It speeds up the skin replacement process, meaning skin cells are replaced in just a few days rather than three or four days. This accumulation of cells forms raised ‘plaques’ on the skin which can be flaky and itchy, usually appearing red on lighter skin, and dark on darker skin.

Jasmine didn’t have the easiest upbringing. As a child she was reportedly labelled ‘the most difficult child in Westminster’ by social services, and in her teens asked to be placed into foster care, growing up in West Drayton.

Her big break came with Top Boy, which was rebooted for Netflix by Drake. In her audition, Jasmine threw a chair across the room to get into the character of Jaq. She got the job. 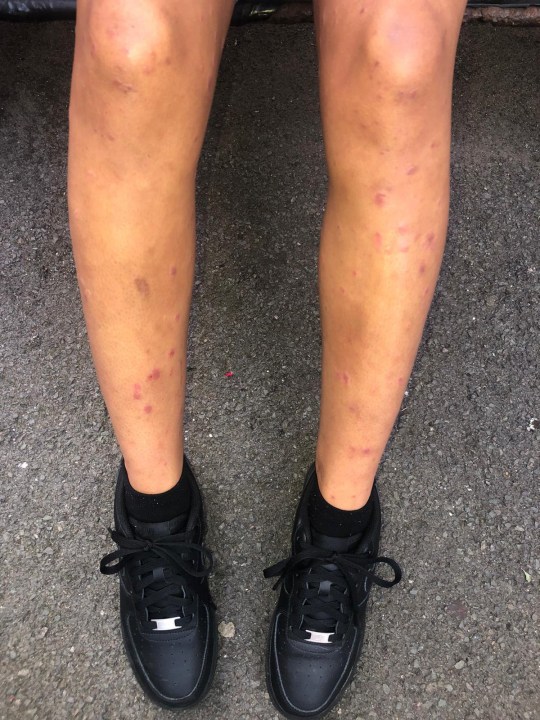 But while her career was taking off she was dealing with psoriasis – not just the itching but other people’s reactions – and at one point considered quitting acting altogether.

‘I noticed it when I was 16 and it came up as one little spot on my wrist,’ she explains. ‘The next day it just spread and I had loads of spots everywhere. I wasn’t sure what it was. The doctors tried to diagnose me with ringworm but my hygiene standards are ridiculously high and people catch it from cats – but I’m allergic to cats.

‘Through speaking to my family I found it is hereditary on both sides of my family. So I self-diagnosed and the doctors started putting me on loads of steroid creams. The steroids were burning my skin away. It became a real struggle.’

Jasmine says the flare-ups that cover much of her body can be affected by stress and diet. She has cut out dairy, tea and coffee but admits to the odd cauliflower cheese. 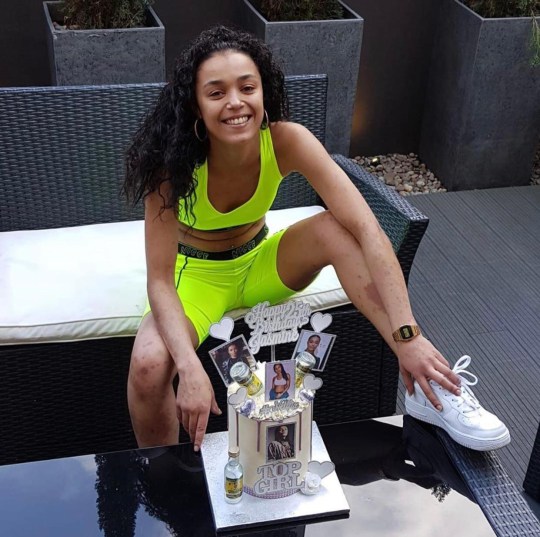 ‘When it gets really bad you wake up in the morning feeling like you’ve got a fever. You’ve been clawing at yourself and scratching yourself all night. I’ve had blood in the bed.’

But while she was slowly coming to terms with the physical effects and working to reduce the itching, the psychological effects were becoming worse. She has been asked in acting jobs if she would cover it with fake tattoos and one day on a bus a child started pointing at her leg while Jasmine was wearing shorts.

‘[I felt like giving up acting] at one point,’ she says. ‘I kept being told to cover up. It was obvious the industry didn’t what to see it, but this is the skin I live in. So I pursue my career with my spots now and show them off like a champion. But I didn’t know how horrible adults could be until my social media started to increase on the back of Top Boy.

‘In the comments people would say “she needs to cover up”, “she looks disgusting”, people would think I’m in an abusive relationship. I’m strong but it doesn’t stop you feeling hurt.’

Jasmine decided to fight back. She started to do little slideshows on her Instagram of how bad it can get, how it can disappear and how one dot will connect to another dot.

‘I want to show people what I’ve been going through. I’m a strong person but for others it can be really damaging. If I can change someone just a little bit, it can really help a sufferer’s life.’

When the psoriasis first started, it kicked off depression and fears of what others might think if she wore shorts in summer time. 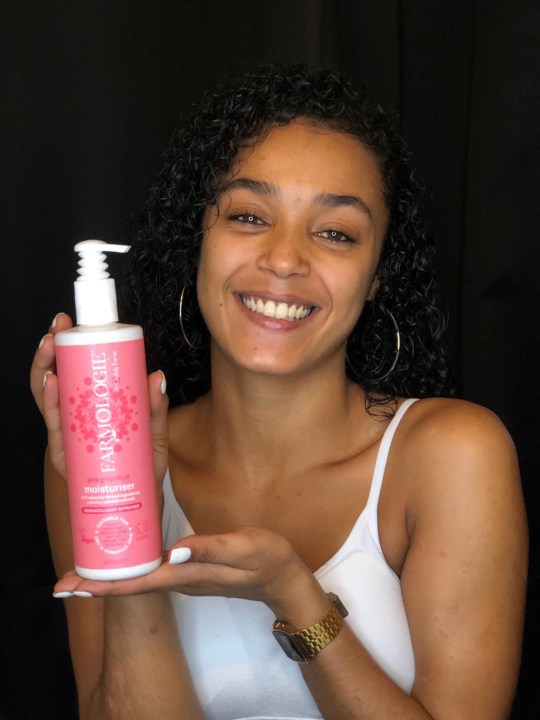 These days Jasmine walks with her ‘head held high’ and wears whatever she wants in summer.

‘Having psoriasis has changed my life. If it was completely gone I wouldn’t know what to do, it’s a part of me now. There are so many sufferers who have thanked me for making them feel confident.’

She’s constantly trying things to relieve the condition, whether using sunbeds or rosemary extract or covering herself head to toe in cream.

One thing that has helped, she says, is a bottle of £3.49 Farmologie Pink Grapefruit Moisturiser. She discovered it a few months ago and has been able to have a bubble bath for the first time in years because normally the additives would trigger a flare-up.

So is she heading towards that psoriasis-free moment? ‘I’ve had it for so long I’m not sure it will completely leave me,’ she says. ‘However I’ve learned to love it and it makes me a little bit different to everyone else.’

The Truth Seekers Are Coming