ABIGAIL Breslin has asked for “prayers and positivity” as her father is placed on a ventilator as he battles COVID-19.

The Little Miss Sunshine actress took to social media to tell fans the devastating news, calling on fans to “continue to wear your masks and follow protocol.” 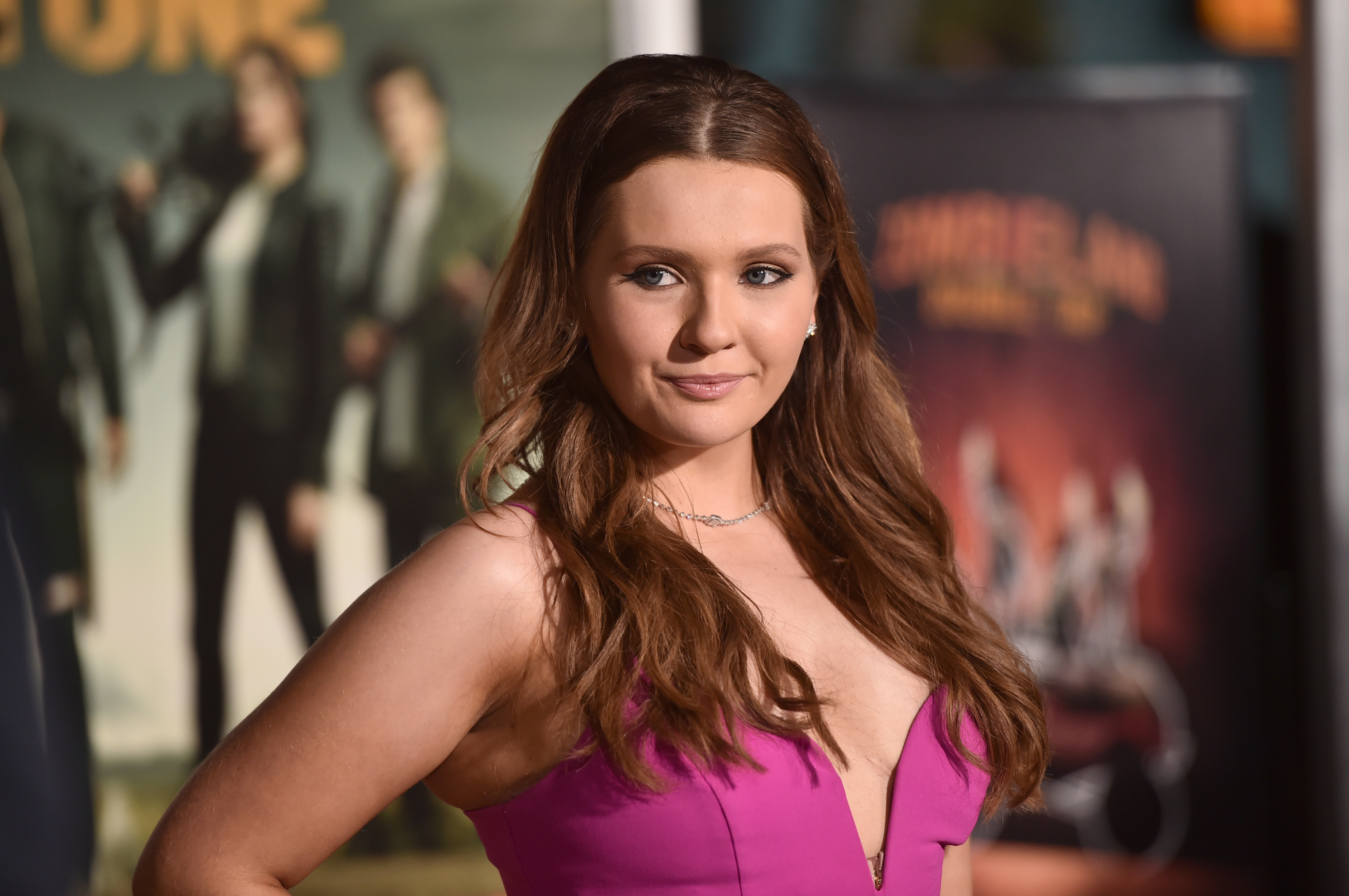 “Unfortunately this post isn’t one I ever thought I’d have to make,” she shared.

“I’m asking for prayers and positivity sent this way for my daddy, Michael, who tested positive for covid-19 and this morning had to be placedon a ventilator.”

The star added: “We are continuing to stay positive and know he’s under great care. I’m extremely thanful for the nurses and doctors who are working hard to make sure he fight this virus.

“I have faith that things will turn around at any moment, but in the meantime please continue to wear your masks and follow COVID protocol.” 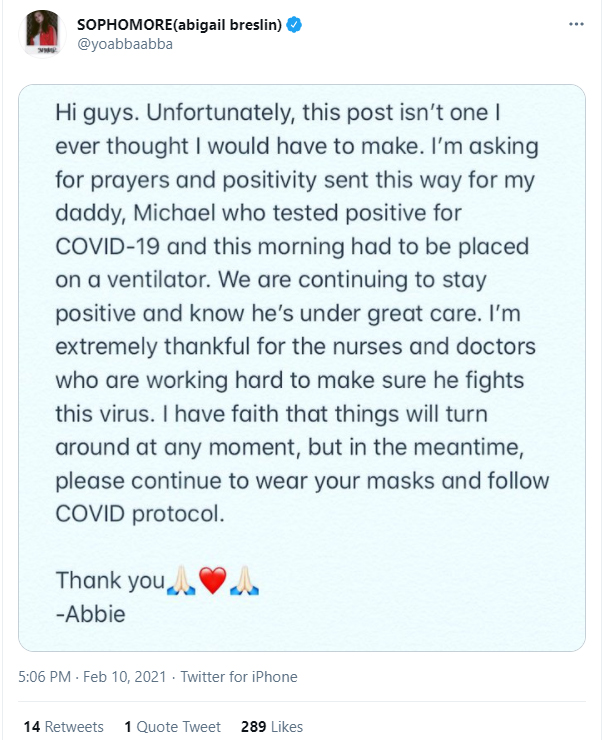 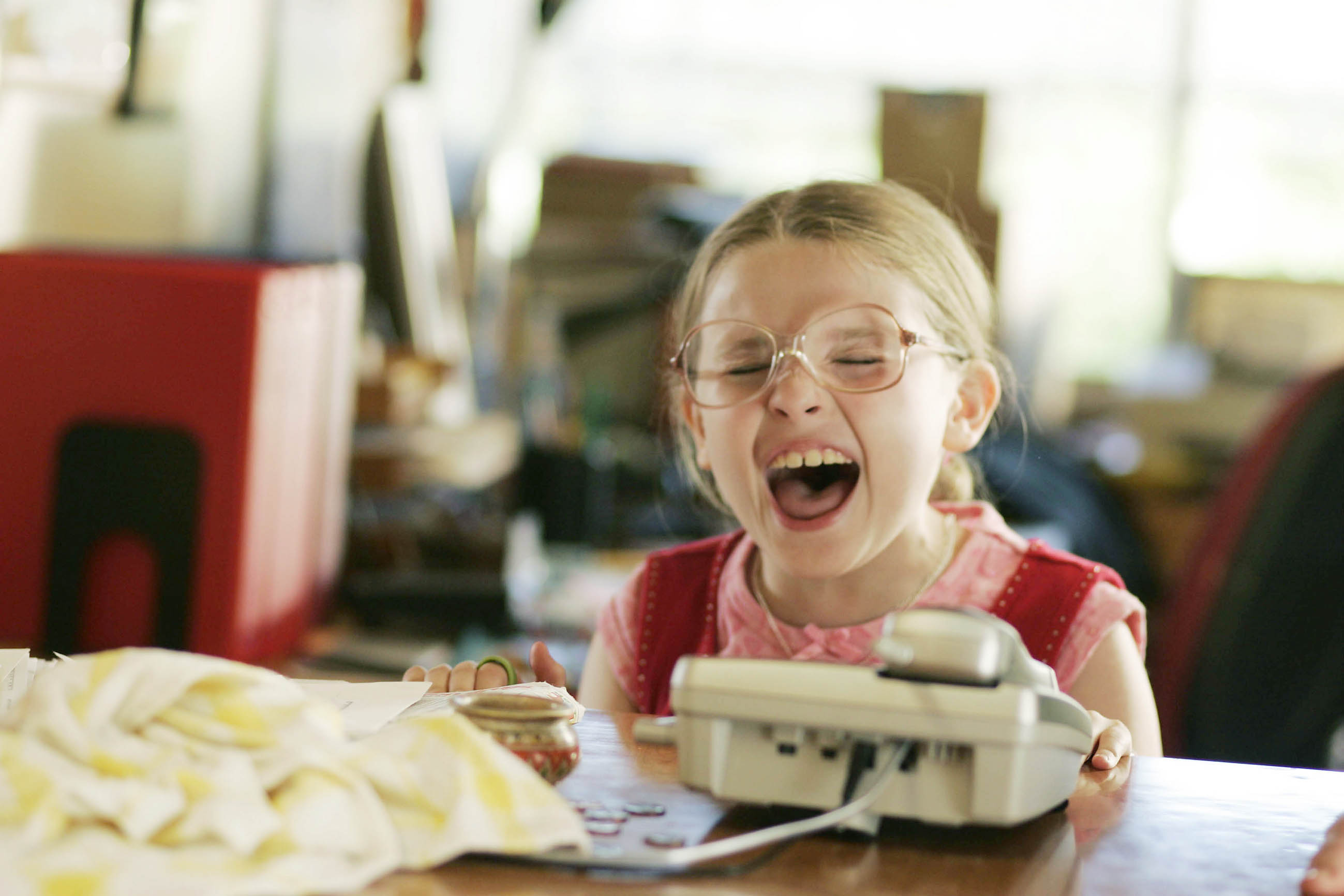 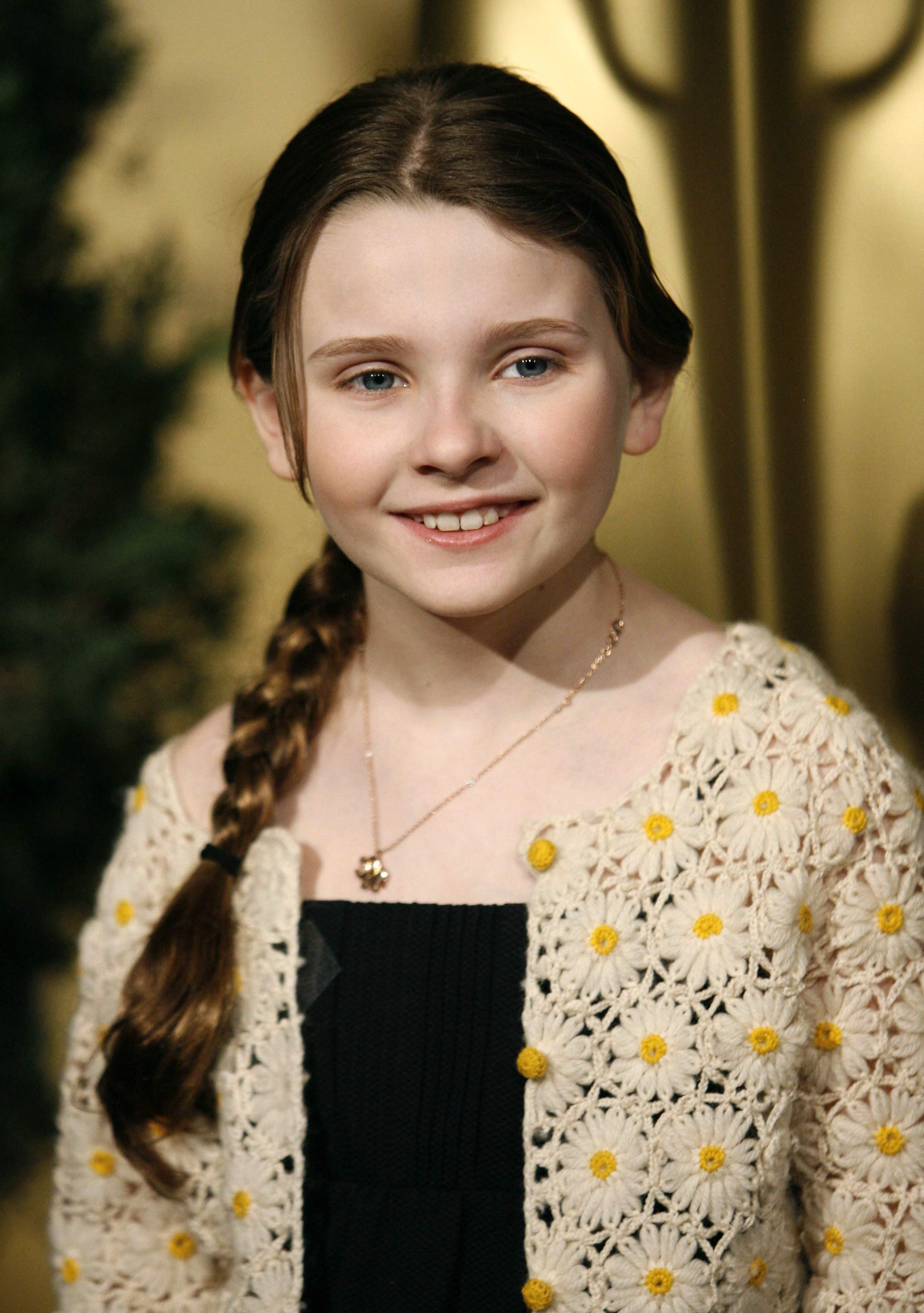 She was nominated for an OscarCredit: Reuters

The 24-year-old’s father is a telecommunications expert, computer programmer, and consultant.

Abigail was born in New York, and has two older brothers, Ryan and Spencer, who are also actors.

The child star burst onto the scene with her standout performance in 2002 smash hit film, Signs, and then gained further critical acclaim in the 2006 flick, Little Miss Sunshine.

Abigail then went on to film a host of movies including rom-com Definitely, Maybe, drama flick My Sister’s Keeper and comedy horror Zombieland.

In 2015, she landed a role in horror-comedy show Scream Queens playing Libby Putney, and in 2017 took on the iconic role of Baby, first played by Jennifer Grey, in a Dirty Dancing remake.

The star also uses her platform to teach her followers about consent.