COVID-19 infections are rising in 13 places across England and this interactive map reveals if your area is on the list.

Official data from Public Health England (PHE) shows that cases have fallen in 301 local authorities in England (96 per cent).

Infections have remained unchanged in one area and that is in West Devon which has stayed at 157.7 cases per 100,000 over the seven days to January 24.

While infections are falling across most of the country there are still over 36,000 people in hospital with the virus in the UK.

Prime Minister Boris Johnson this week revealed that the third national lockdown would be extended until March so that cases can continue to be driven down.

Experts also warned that pubs and restaurant won’t open until May as the pressure caused by coronavirus on hospitals will not ease quickly enough.

Easing lockdown is based on the success of the vaccine rollout, a drop in pressure on the NHS and falling Covid cases and deaths – and experts believe this won’t happen until May.

The priority for the government is getting kids back into classrooms, which is due to happen on March 8. 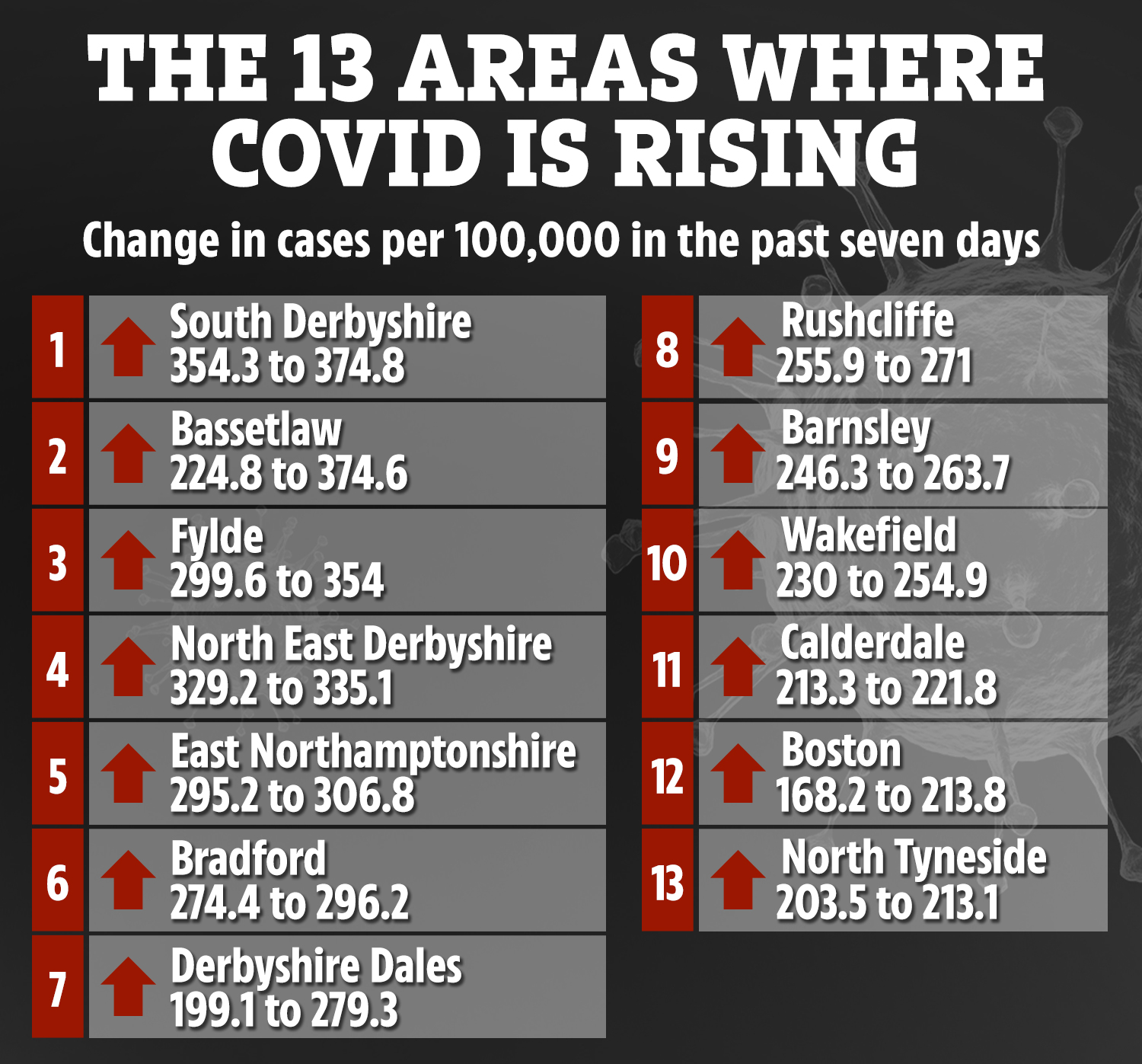 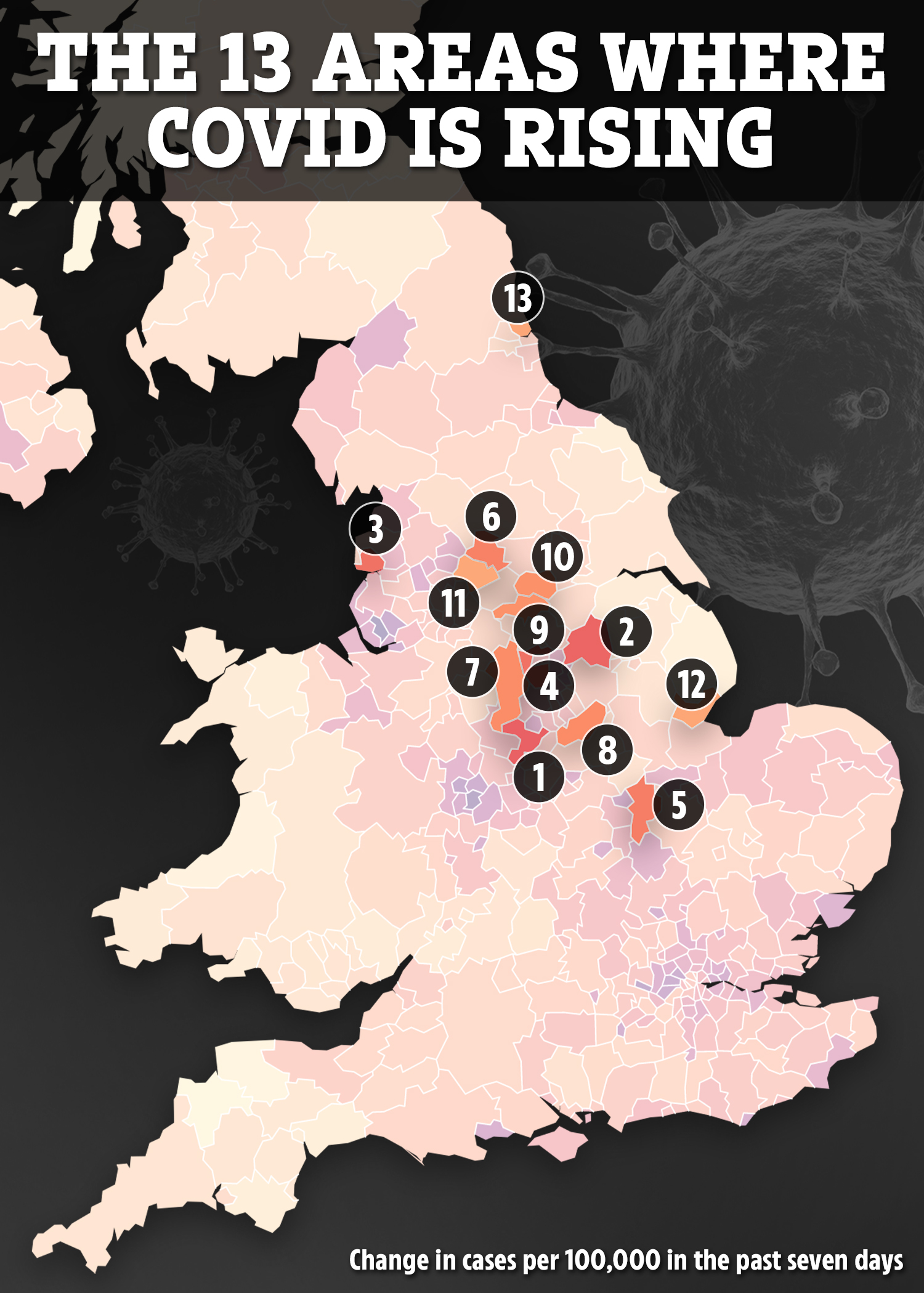 While cases are falling in the most infected places in the country, there are 13 local authorities where cases are still on the up.

A new vaccination centre this week opened in the area and local leaders have urged those who have been contacted by the National Booking Service to come forward and receive their jabs.

Bassetlaw in Nottinghamshire has also seen a big increase in cases from 224.8 to 374.6.

Dawn Jenkin, Nottinghamshire County Council’s consultant in public health, said the outbreak in the area was in part due to cases at HMP Ranby.

Fylde, North East Derbyshire, and East Northamptonshire have also seen an increase in cases over the last seven days.

Bradford has also seen an increase in infections and has climbed from 274.4 to 296.2.

Earlier this week the city marked 1,000 deaths caused by Covid-19 and landmarks across the area were lit up in honour of those who had sadly lost their lives to the virus.

Bradford council leader Susan Hinchcliffe said the area was in a “critical period” when it comes to fighting the virus.

The Derbyshire Dales, Rushcliffe and Barnsley have also seen an increase in infections.

Hospitals in the area have launched a misinformation campaign to tackle myths about the vaccine.

Calderdale, Boston and North Tyneside have also seen an increase in cases. 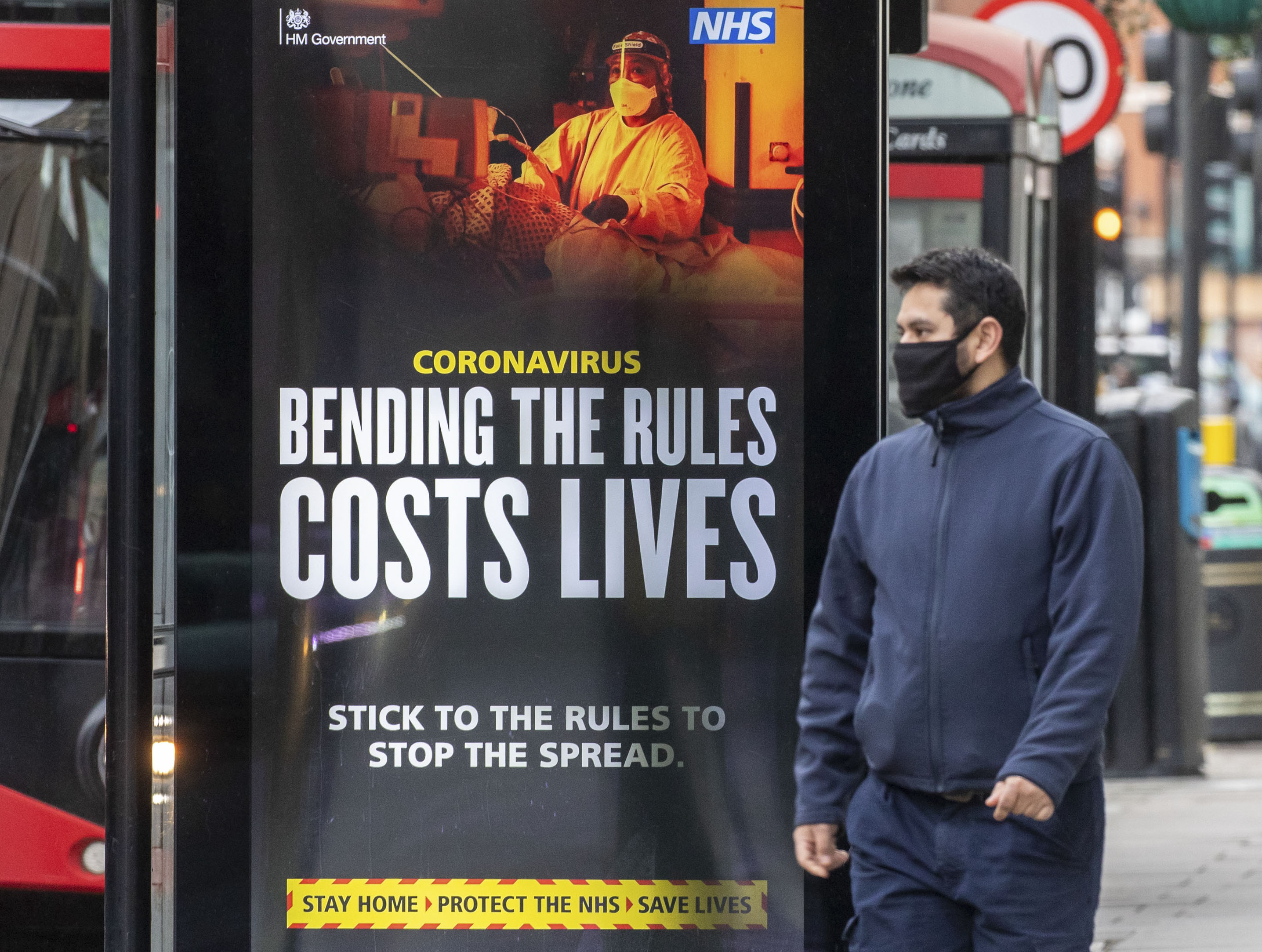 Brits have been urged to stick to the rules in order to stop the virus spreading Credit: London News Pictures

While the above 13 areas have seen an increase in infections, the local authorities with the highest case numbers have seen a drop in new cases.

Knowsley in Merseyside continues to have the highest rate in England, with 1,171 new cases recorded in the seven days to January 24 – the equivalent of 776.2 cases per 100,000 people.

Dr Yvonne Doyle, Medical Director at PHE yesterday said that while infections have decreased deaths would “remain high for some time“.

he said: “The rate of hospital admissions continues to rise in the East Midlands, West Midlands and Yorkshire & The Humber. We should expect deaths to remain high for some time.

“By reducing our contacts and staying at home we will continue to see a fall in infection rates and in time this will lead to a reduction in hospitalisations and deaths.

“This situation is tough on all of us and I know many feel anxious and worry about the pandemic, this is only natural. Looking after our mental wellbeing is incredibly important so chat to those close to you, find time to relax and do the activities you enjoy at home.”