TEARS streaming down his face, Adam Sinclair is stunned as he admires his new hairdo.

For the first time in more than a decade, the 29-year-old is seeing himself with a full head of hair after having a non-surgical replacement. 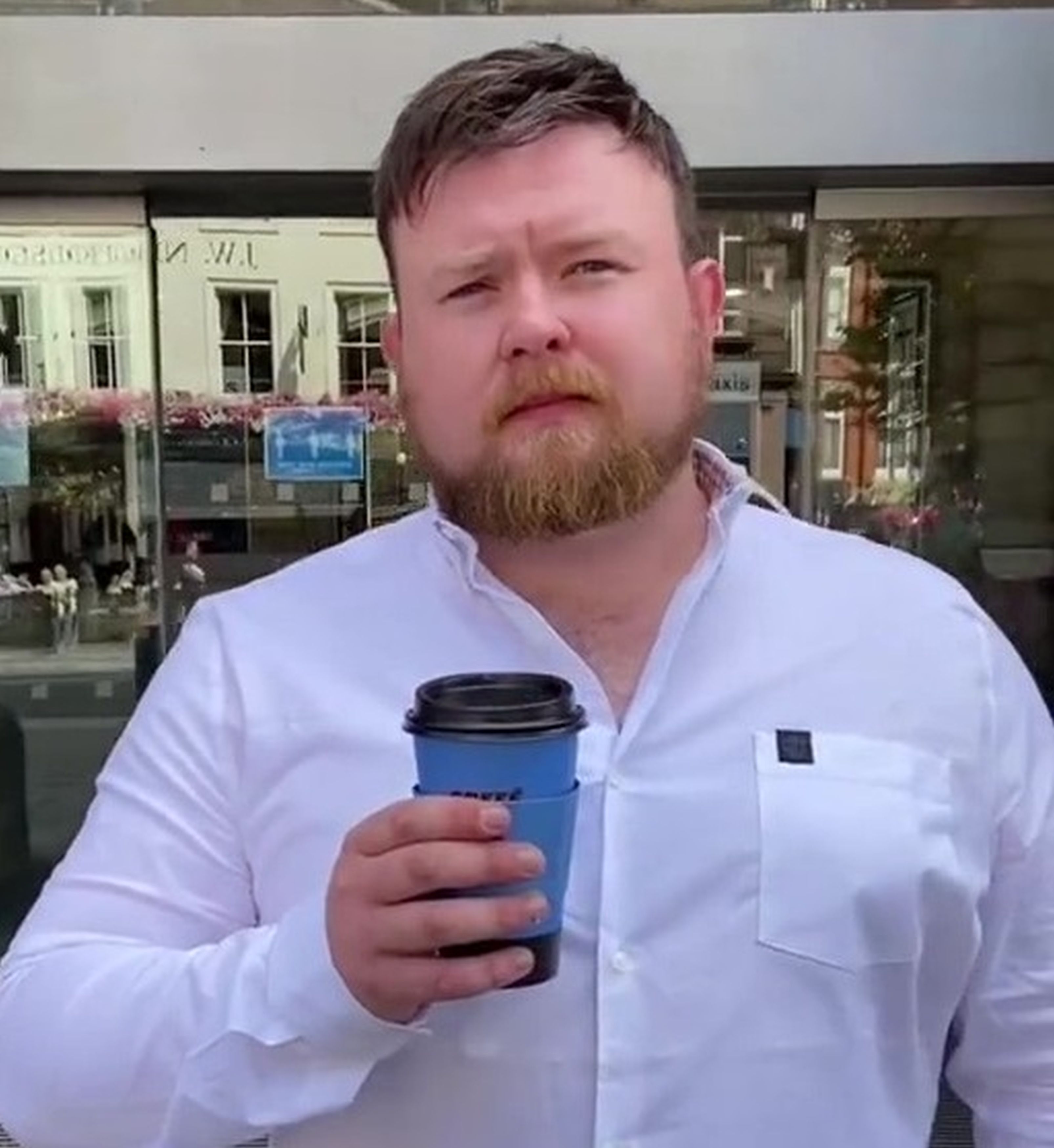 Since getting the hair replacement treatment, Adam’s confidence has soaredCredit: Kennedy News/Novo Cabelo

The London bus driver, who started receding at the age of 16, says: “When I first opened my eyes I did not recognise myself at all. Overwhelmed with what I was seeing, all I could say was, ‘Mate’, to the hair stylist before crying from sheer happiness.

“I didn’t realise how unhappy I was until I saw myself with hair. I was worried that I might be mocked by mates, but once I saw myself in the mirror I just wanted to FaceTime everyone.”

Adam suffers from male pattern baldness, meaning his hair grows on the sides but is regressing on top. He was even encouraged to shave it all off by one barber.

He says: “My mates never commented on it but I remember being 21 and going to my barber. I asked for a short back and sides and he looked at me and said, ‘Come on mate, enough is enough’. It was a horrible feeling.”

A year later, Adam started subconsciously covering it up with caps and cropping the top of his head out of pictures.

He is one of a growing number of blokes having tweakments.

Fashion designer Marc Jacobs recently shared images of himself after undergoing a facelift in an attempt to bust the stigma around men getting cosmetic treatments.

And several clinics have reported a spike in male bookings.

The Taktouk Clinic in Knightsbridge, central London, estimates around 35 per cent of clients are now male — a rise from 20 per cent pre-lockdown.

Adam first looked into hair replacement a couple of years ago. 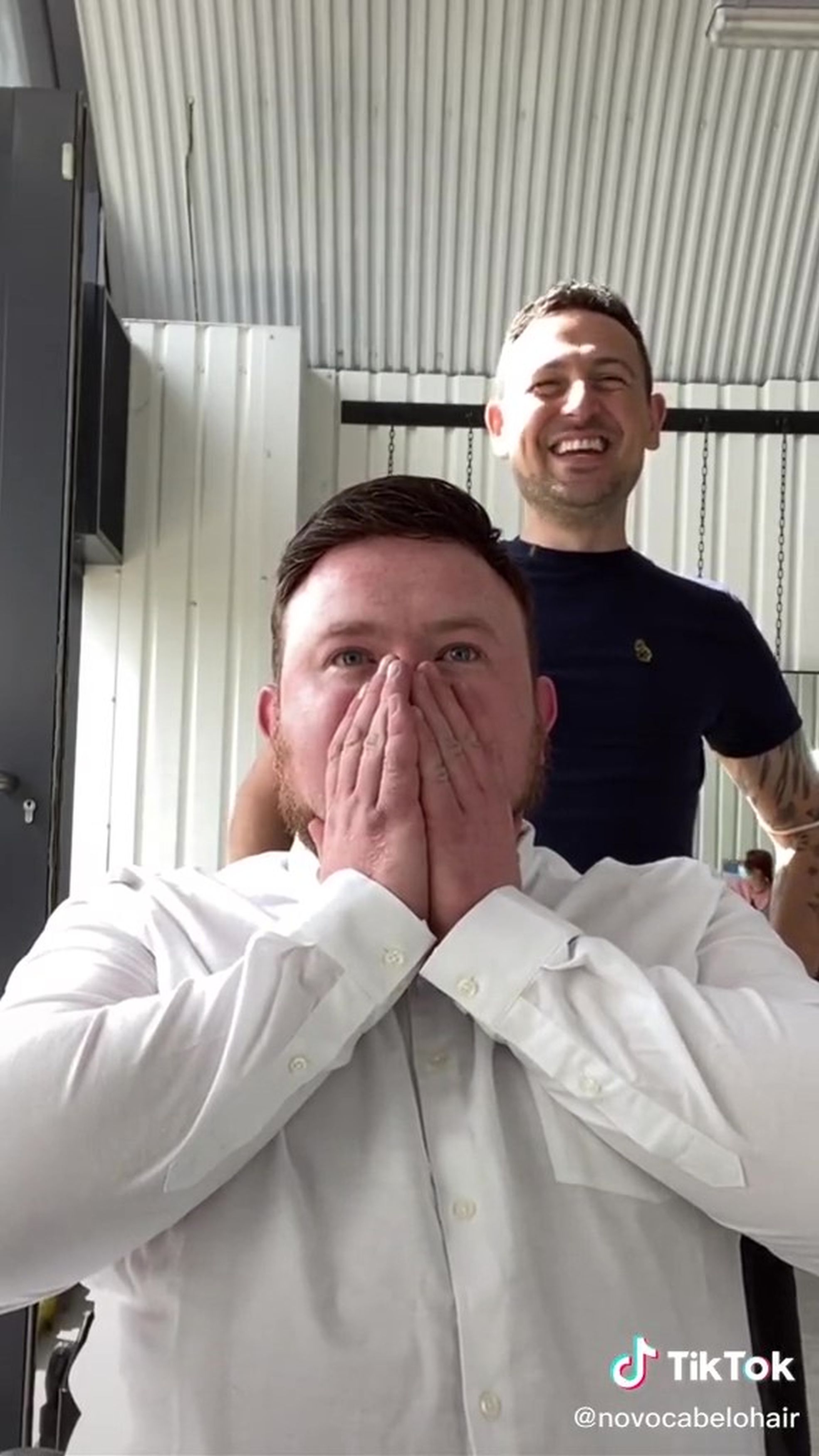 He says: “I’d just come out of a long-term relationship and I wanted to change things.

“When I was dating, there were lots of girls that said they like ‘bald with a beard’ but that wasn’t always the case and they’d often still mention hair replacements.

“One girl I was seeing would tag me in videos for hair transformations.

“On one occasion when a friend of mine tried to set me up with her mate, she sent her pictures of me and she replied, ‘I don’t do bald’.

“In the end, I added to my Tinder bio, ‘If you don’t like bald men please swipe left because it’s never coming back’.”

Adam, from Forest Gate, East London, has 90,000 followers on TikTok, which led to Rob Wood, from Novo Cabelo, getting in touch in May and offered the “hair system” treatment for free.

Adam says: “I’m not your typical bloke to have it done, but I can’t sing its praises enough. It’s changed my life.”

The system requires colour-matching before bonding thousands of real hairs to the scalp. It costs between £350 to £650 and needs a refit every four to six weeks, which cost on average £40-£60.

“Genuinely, it feels like your own hair,” says Adam. “You wake up with bed hair, wash it, style it. Even when you pull at it, it feels like you are tugging your scalp, it’s so strange. I can’t believe how real it looks.”

Since getting the treatment, Adam’s confidence has soared. He says: “I didn’t realise how much the comments over the years had affected my confidence.

“My reaction when I saw myself for the first time after the treatment was years of built-up emotion.

“Men are messaging me asking for advice and girls from China, Turkey, France and Germany have been flooding my inbox on Instagram and TikTok.

“I’ve gone from chasing to being chased. I even got a message from an ex.

“She said, ‘Why didn’t you get that done when we were dating?’. I ignored her.

“I’ve actually been on a few dates with one girl,, who I like. We met because she followed me on Instagram after seeing the video.

“Being from East London, everyone’s a bit rough and ready, so mucking about with yourself never seemed right — I thought I would be judged and laughed at.

“But women get their nails done, get lip fillers. Why can’t men do the same?

“Men should do what they want to make themselves feel better.” 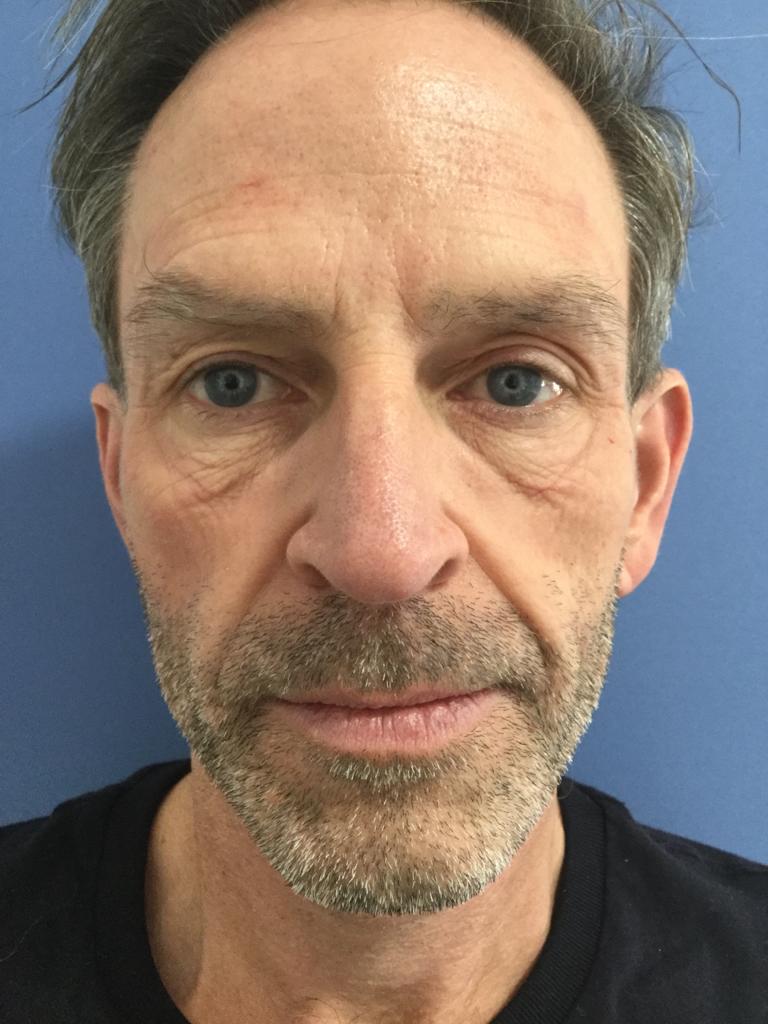 Mark Long, pictured before having Botox, thought his face was starting to look ‘haggard’ 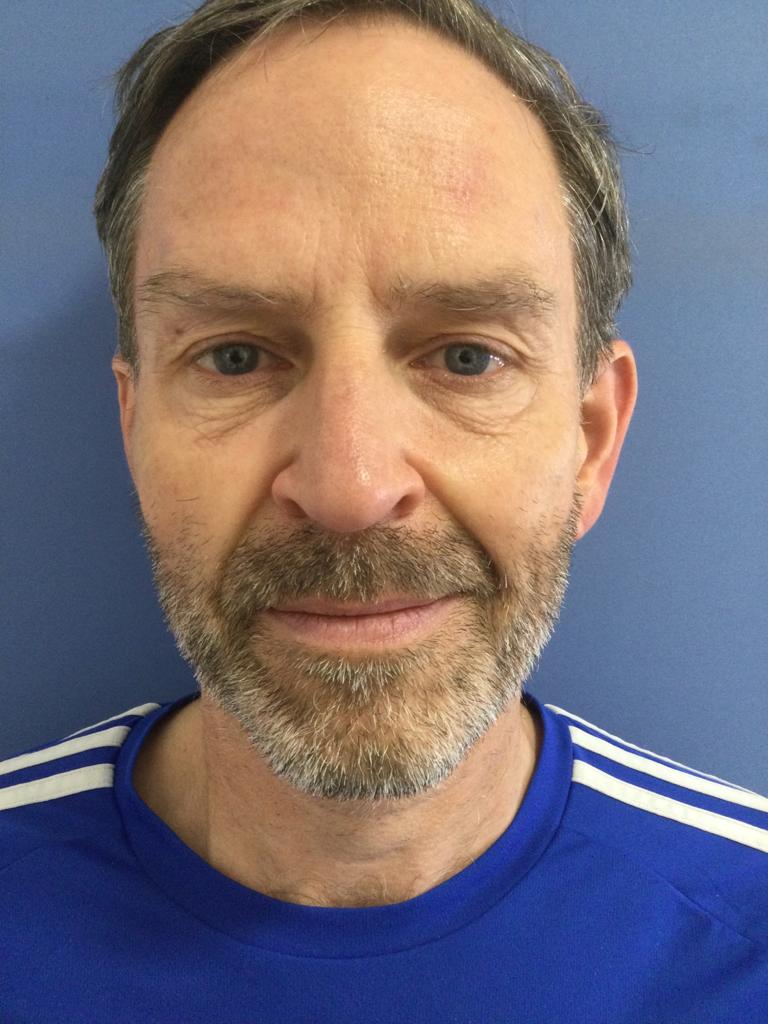 Botox fan Mark Long, a 50-year-old dad of one from Hatfield, Herts, agrees.
He says: “Initially, I was worried mates might take the mickey.

“Men are not as comfortable doing this sort of thing as women and if they do it, they tend not to talk about it.

“I’ve had a lot of stress in recent years working long hours in finance and going through a divorce.

“My face was beginning to look a bit haggard. I’ve also lost a lot of weight, going from 15st 4lb when I was in my thirties to 10st 4lb now. My cheeks and face looked a bit gaunt.”

Two years ago, Mark booked in for Botox around the eyes with Dr Maryam McMillan, of Ambra Aesthetic Clinic, North London.

He later had Ellanse fillers in his cheeks, too. He says: “I was actually amazed by the result. It’s not that I look younger, but I look healthy, whereas I always looked tired before.

“I went back to have fillers a second time in March 2021 and again, I’m really pleased. It costs around £500 and will need topping up every two years but it’s worth it.

“I don’t spend much on grooming so it’s a small price to pay to feel better about myself.”

It is a sentiment shared by salon owner Billy Prager, 27, from Poole, Dorset, who wanted a “superhero” jawline.

He says: “I’ve spent £13,000 on Botox, fillers and thread lifts to perfect my sagging jaw and neck.

“I’ve always taken pride in my appearance and love working out, but I’ve always had a thing about my jaw not being defined enough.

“Two years ago I researched online and found Dr Rory Boud, of RKB Aesthetics, who is based near me.

“I had fillers around my jaw. Then we progressed to putting fillers in my chin and under my eyes and around my temples.

“Six months ago I decided to try a new treatment, an Aptos Lift, for my neck. It’s less invasive than a facelift but can lift, contour and tighten saggy areas.

“You are quite swollen for a couple of weeks and it takes two months to see the full results, but once the swelling died down, I loved it.” 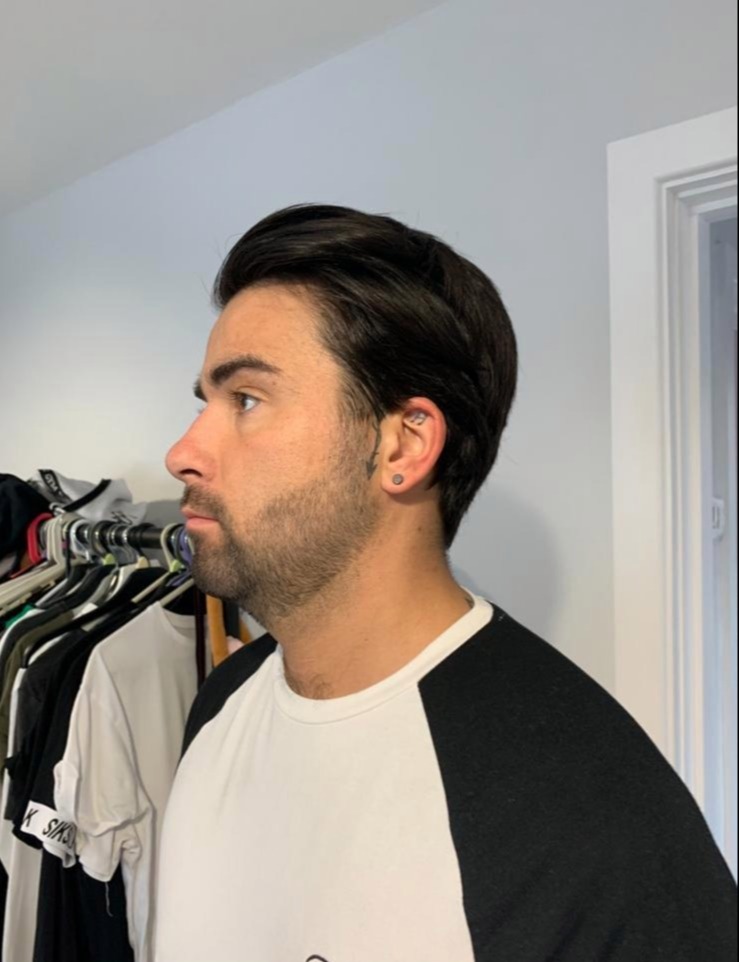 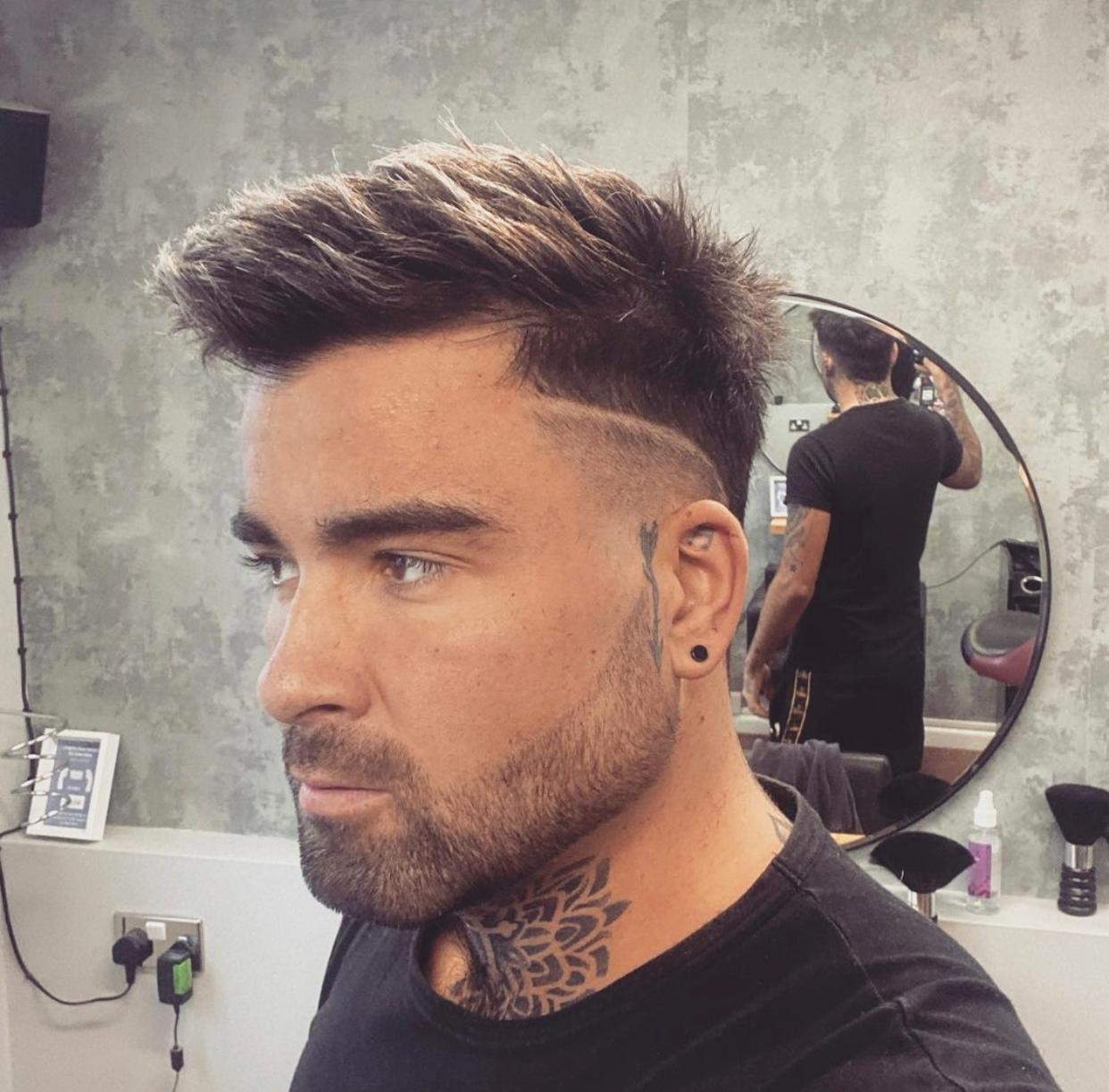 Billy has spent £13,000 on Botox, fillers and thread lifts to ‘perfect’ his jaw and neck

The idea of one day looking old and wrinkly is what encouraged Tobias Oliver, 34, to splash out on Botox and fillers.

The interiors business owner from Berkhamsted, Herts, says: “I had Botox in the centre of my forehead, either side of my eyebrows and by my eyes.

“That cost around £200 at the Ambra Aesthetic Clinic in North London and now I have it done every six months.

“It’s about maintaining my appearance and staying as I am rather than making myself look younger. I just don’t want to age.

“I have also had Radiesse fillers in my jaw to make it look a bit more prominent, which cost around £300.

“I’ve only had the fillers once and they should last 18 months.

“I’m a confident person but I hated the idea of getting old and wrinkly.

“No one should be nervous of trying out cosmetic procedures like I have.

“As long as you do your research and go to a reputable clinic, it could really give you a boost.” 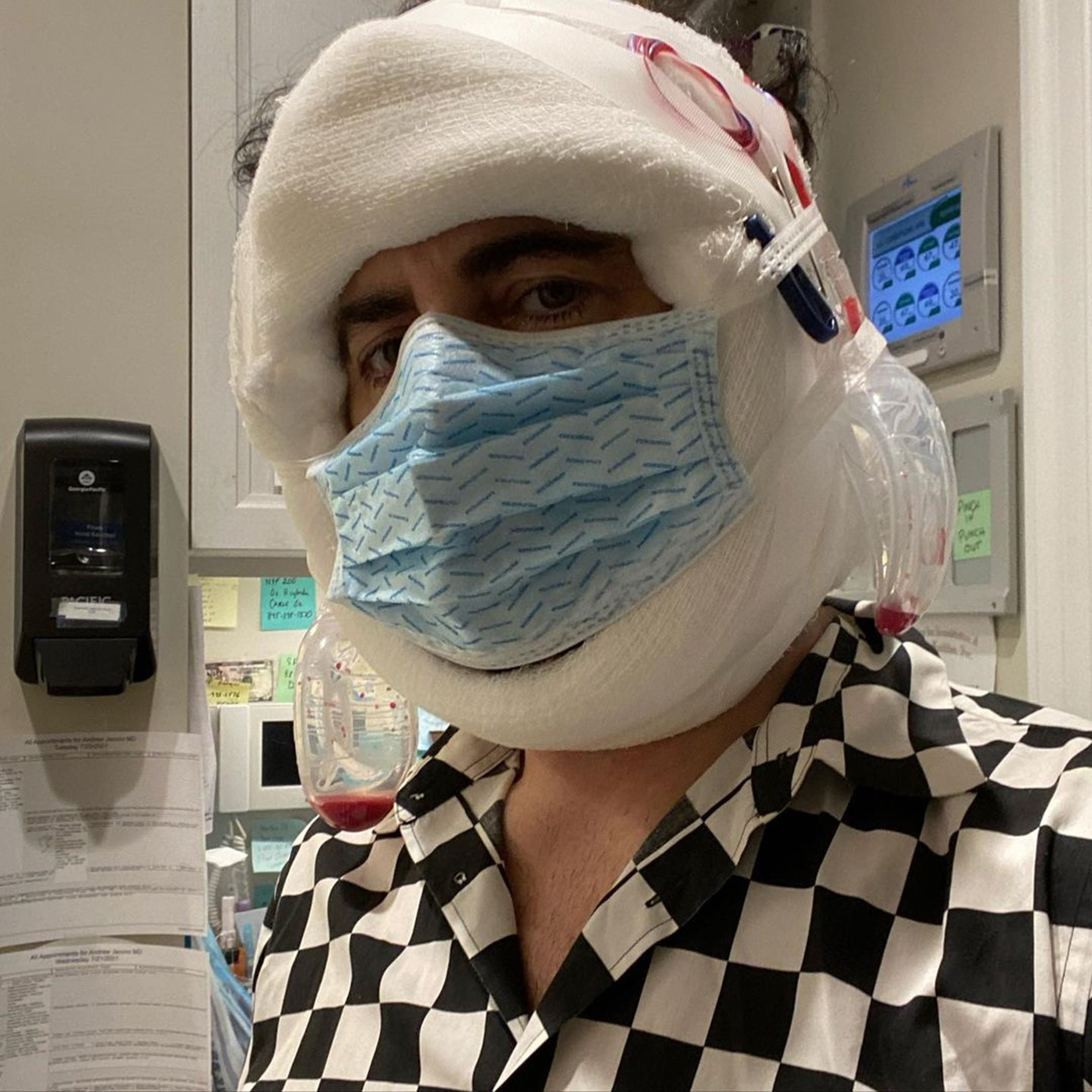 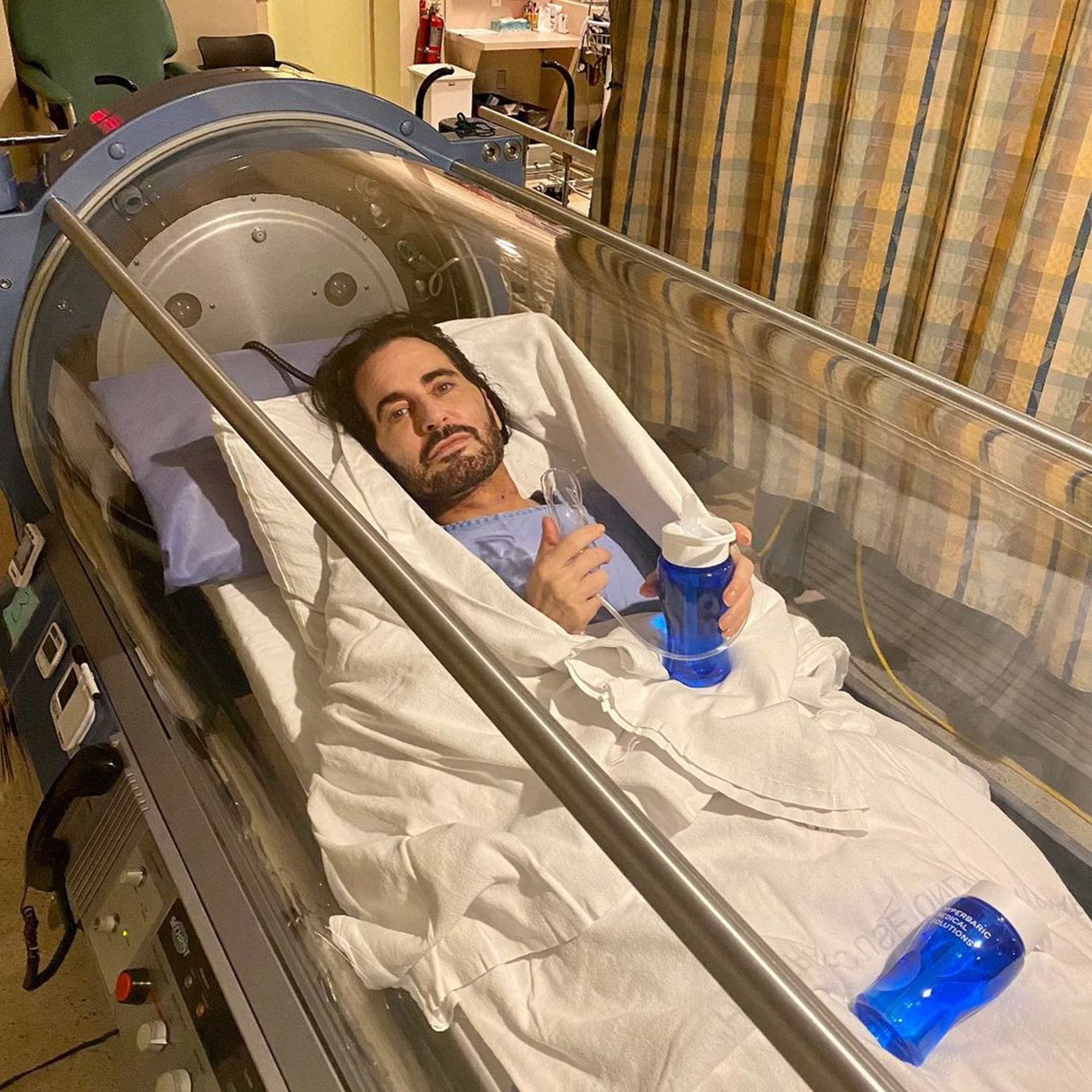 Marc wants to bust the stigma around men getting cosmetic treatmentsCredit: themarcjacobs/instagram 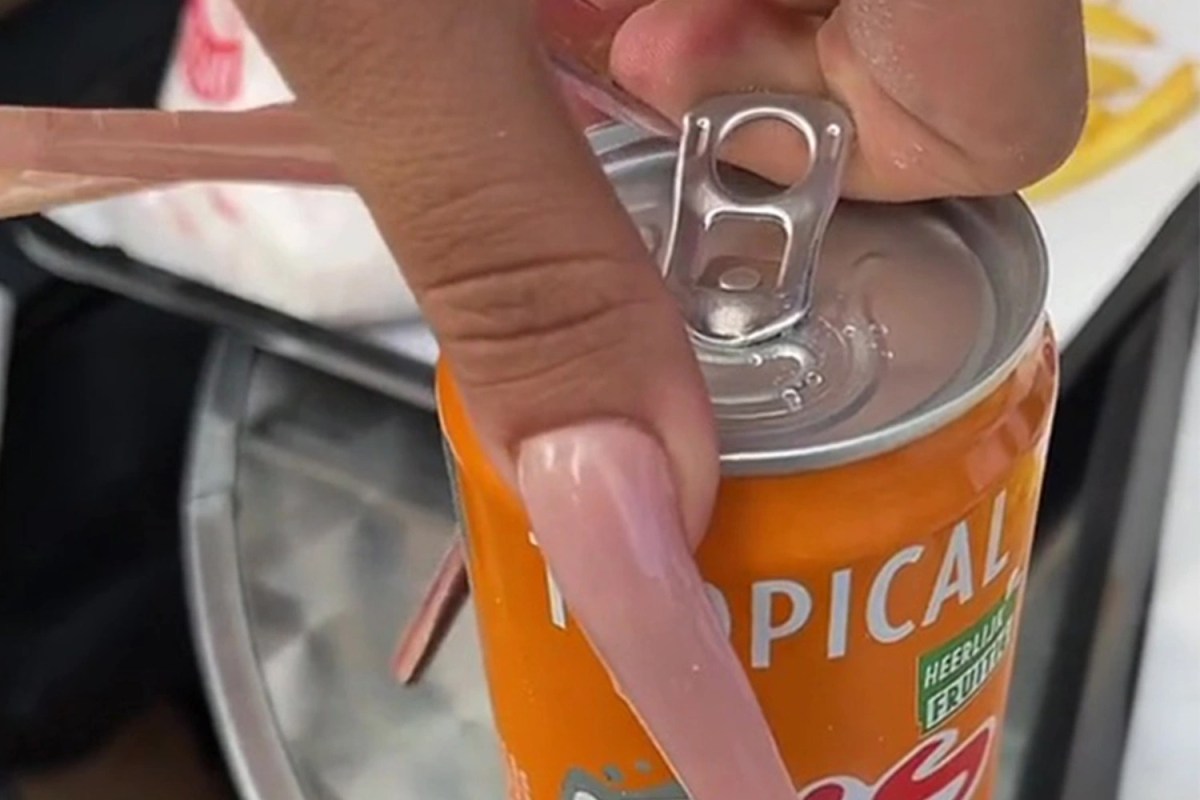 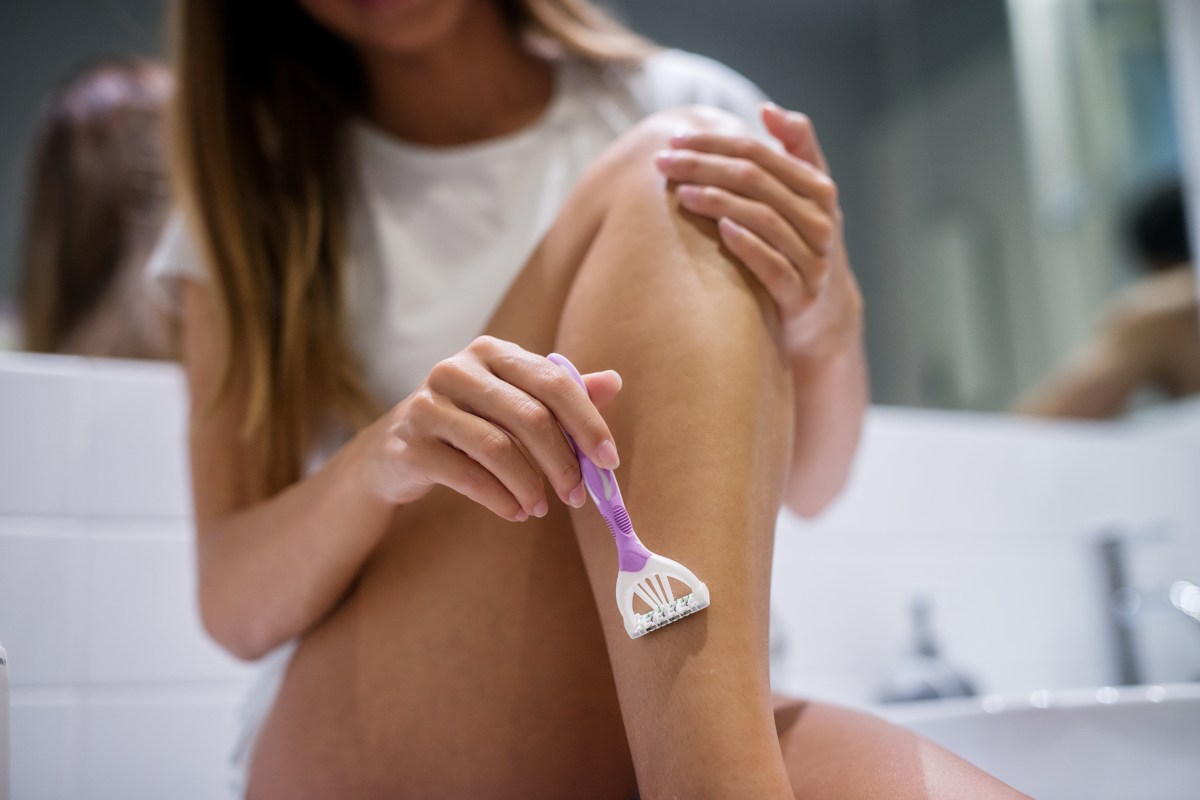 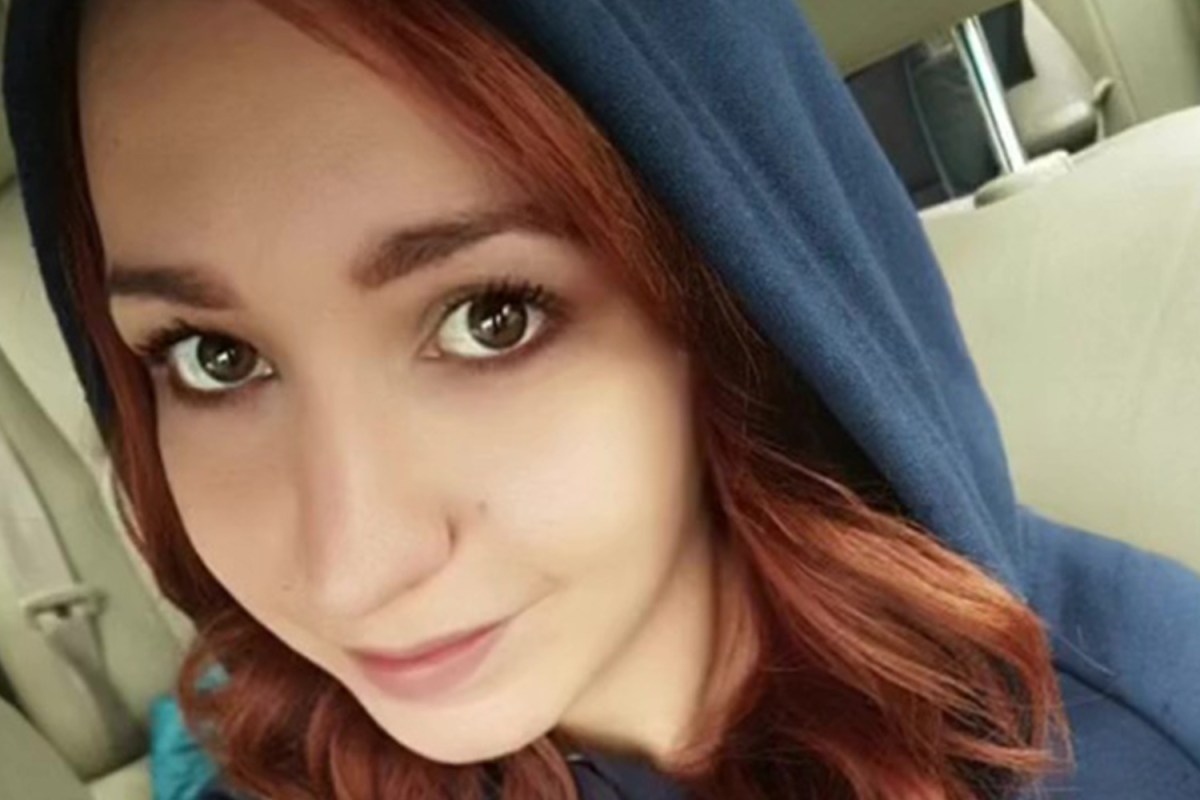 You’ve been washing your hair all wrong