I’ve spent £37k changing my face, mum helped me pay for 4 nose jobs and 3 sets of lips but I felt better before

IF YOU’RE lacking self-confidence as a result of your appearance, you might think that cosmetic or plastic surgery is the answer.

But one woman has taken to TikTok to share that despite spending $50,000 on plastic surgery, she actually felt more confident before she had the work done.

Maddie took to TikTok to reveal that she had more confidence before spending $50k on proceduresCredit: @maddie.mkc/Tiktok

Maddie Kay revealed that her mum forked out thousands of pounds for her to get the surgery.

And a lot of money was also given from her insurance, but Maddie has now taken to TikTok to explain why she is still not happy.

Posting on her account ‘maddie.mkc’, Maddie disclosed her reasoning for the expensive plastic surgery.

She explained: “I was a fat kid. I had acne. And the doctors re-designed my whole face.”
However despite the dramatic change to her face, Maddie confessed: “It doesn’t get better.

“I honestly had more confidence before spending $50k on my face.”

Maddie explained what procedures she has had done, saying: “I’ve had four new noses.

“Some muscles cut in my face to create a new shape.

“And three new pairs of lips.

“The bone on one side of my nose didn’t heal right and I have to get it shaved off.” 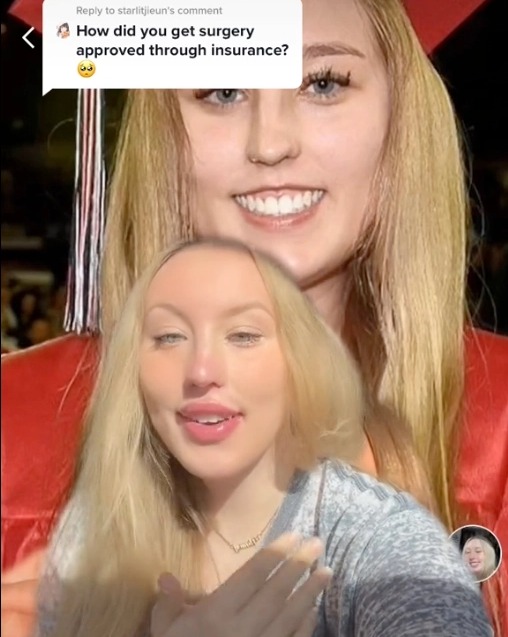 Maddie revealed she has had four nose jobs, three new pairs of lips and muscles cut in her faceCredit: @maddie.mkc/Tiktok

Maddie’s video racked up a whopping 806.7k views and following up from this video, Maddie shared a second video where she further explained how the surgery was funded.

She said: “My mum agreed to pay for it and because it was a ‘birth defect or a medical issue’, insurance agreed to pay the other half.

“My mum and insurance paid for my face.

“The reason my mum agreed for me to get a nose job at 17 years old was because my nose has been broken since I was born.”

“It is different from a septum plastic surgery, doctors had to rebuild my nose.” 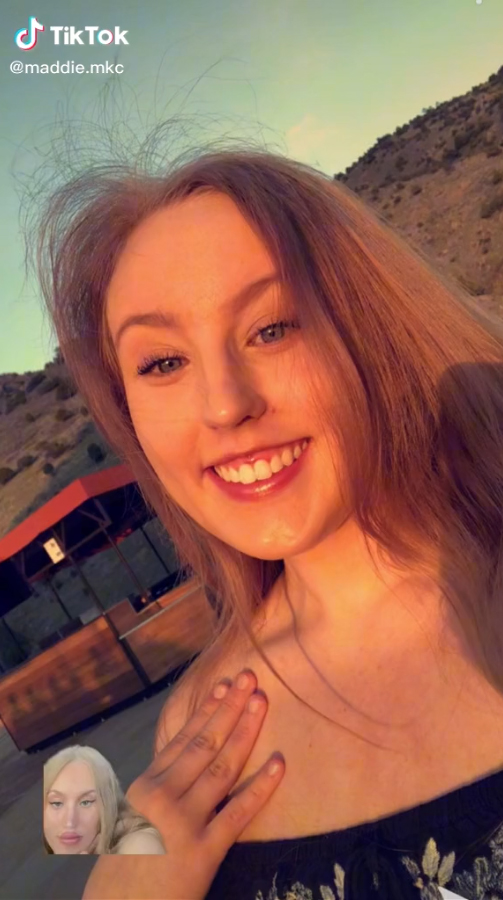 Maddi had already had two nose jobs when she left high schoolCredit: @maddie.mkc/Tiktok

Speaking of getting her surgery young, Maddie admitted: “I graduated from high school in May 2019 and by that August I already had two nose jobs.

“A lot of people are like money could be spent on therapy don’t kid yourself I still think I am the best f***ing person I know.

“But, I’m just saying it didn’t necessarily change how I see myself.

“Other people see you different but you’ll never see yourself different.

“The way I see it, I don’t feel like ‘myself’ anymore.

“I can admit I feel prettier but I don’t feel at home in my own body.” 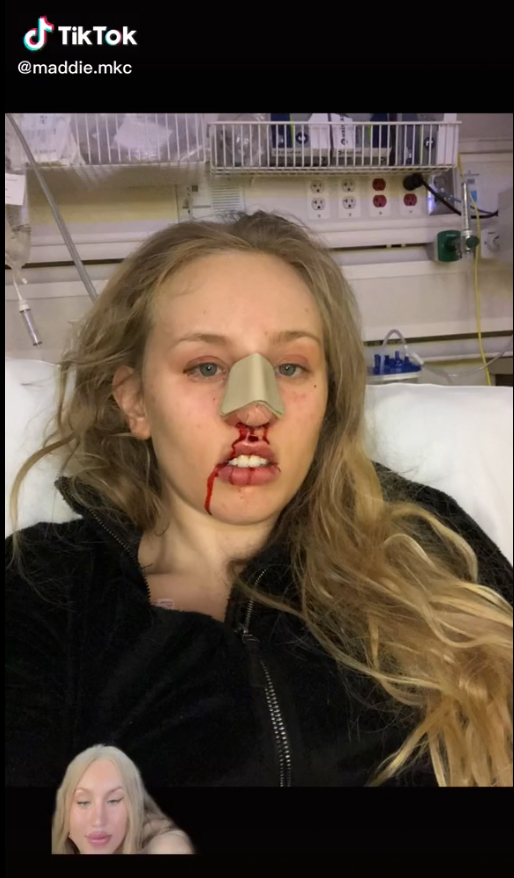 Many people took to the comments to reassure Maddie of how great she looks.

One person commented: “You look beautiful before and after! The work you got done really suits your face.”

Another user added: “ You look absolutely gorgeous tho. I know hearing that doesn’t mean much but you do.”

Someone else noted: “I’m sorry you didn’t get what you wanted, I’d personally kill for these results but yeah it must be frustrating.”

However, not everyone was so supportive of Maddie’s decision to get surgery.

One person said: “$50k? That money would change my whole life.”

Another user stated: “Surgery isn’t a fix-all and people don’t understand that.”

And a third person said: “It removes 1 insecurity but opens up another.”

Despite this, many were quick to thank Maddie for being so open about her surgery and how it has made her feel.

One user commented: “Thank you for posting this. I struggle with body dysmorphia because of a birth defect and knowing your feelings don’t magically change is healing.”

Another said: “Thank you so much for sharing. There’s so much I want to get done but I’m afraid of it never being enough.” 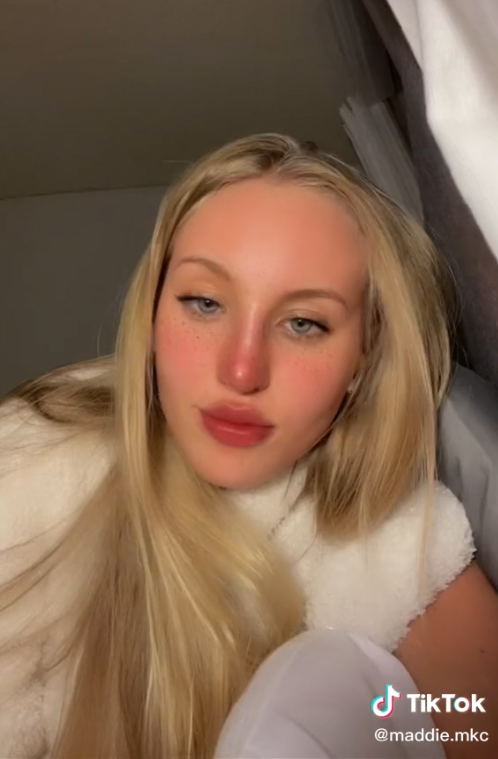 Maddie revealed she feels prettier but she doesn’t feel like herselfCredit: @maddie.mkc/Tiktok

Meanwhile, I’m so hot people accuse me of being a catfish, life is hard for beautiful people.

Also, laser hair removal left me with horrific burns so bad I have to bleach my skin – it was the worst mistake of my life.

Norovirus symptoms to watch out for in kids