A WOMAN who hated her “ginormous” forehead dropped $7k (£5k) having it shaved, but trolls reckon it looks exactly the same.

Camilla, 25 is a model from the US and underwent a procedure called forehead reduction surgery to make it look smaller, admitting she’s spent her whole live “hating it”. 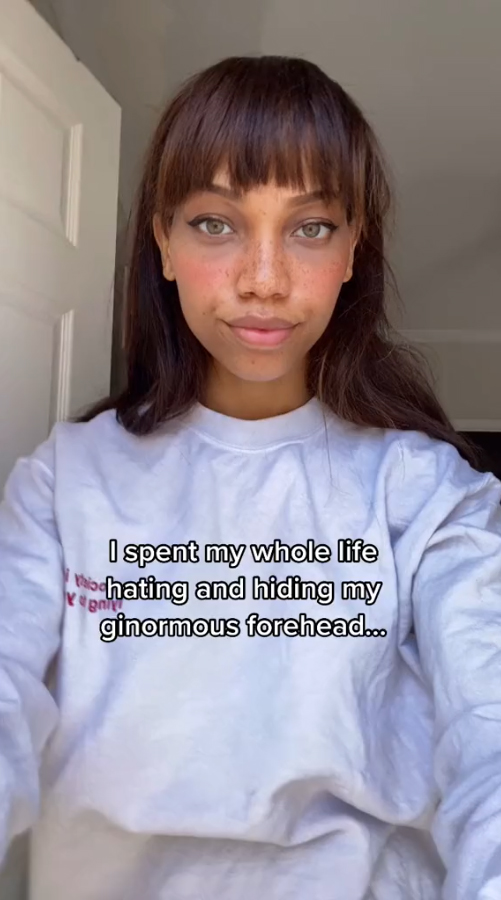 Camilla, 25 from the US said she’s always hater her forehead, and often wore a fringe to cover it upCredit: @camillacolbro/TikTok 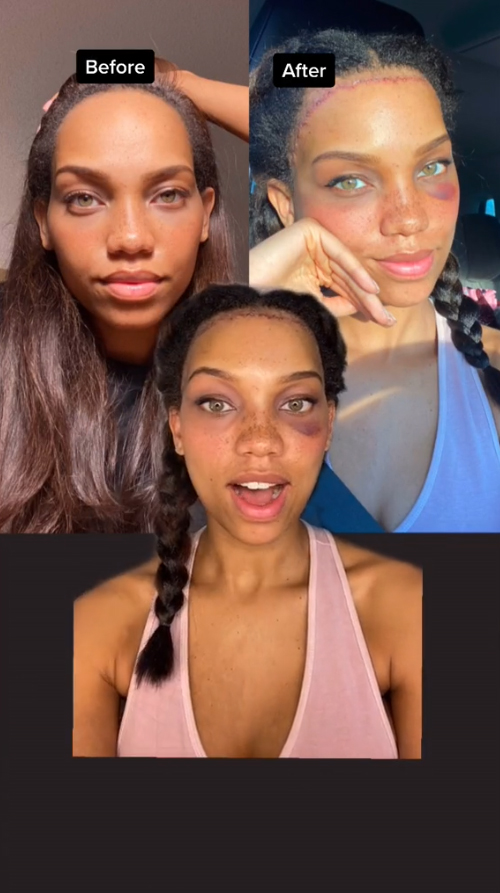 She’s showed a series of clips on TikTok showing off her look before and after the forehead reduction surgeryCredit: @camillacolbro/TikTok

The mum-of-two has shared the process on TikTok, first teasing the surgery, then offering users a glimpse of her recovery process.

For the first few days, the model’s head was wrapped in bandages concealing the end result, with some users desperate to see the final look.

But upon showing off her new, smaller forehead sans bandages, Camilla was hit with negative comments from trolls who insisted “it looks the same” – some if questioned why she’d bother getting it to begin with.

Responding to the comments, Camilla said: “I keep getting comments like this. Dude, first of all this is all going to grow in, and second of all, if you think it looks the same, that’s fine. I’m the one who stares at my forehead everyday, I know what it looks like.” 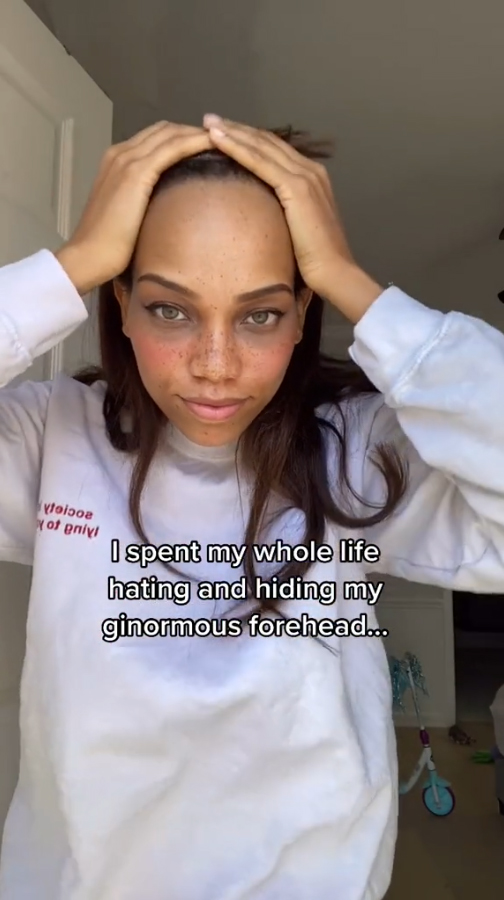 The model’s forehead was 8.5cm in length and wanted to shave 3cm offCredit: @camillacolbro/TikTok 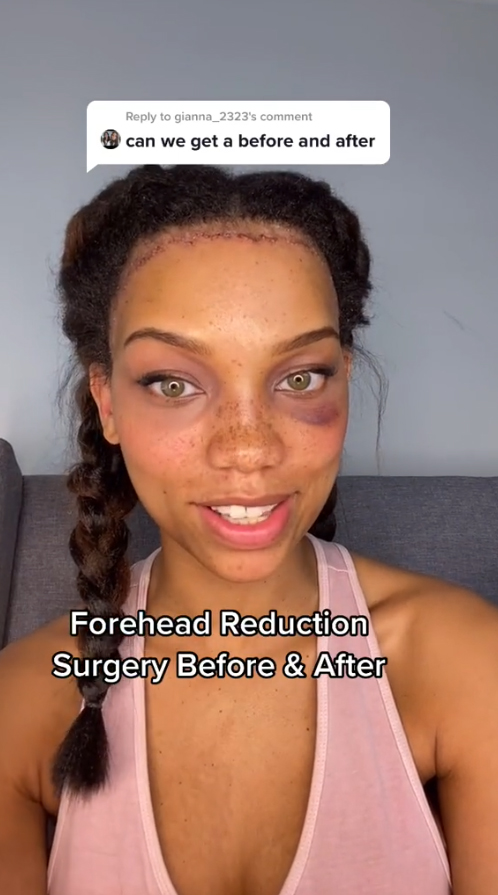 Camilla showed off the end result but said her hairline still needs to grow backCredit: @camillacolbro/TikTok

Camilla explained that the front of her hairline was shaved for the procedure – which is also known as hairline lowering surgery.

But when the original hair grows back in time, the results will be more visible.

She also pointed out that pre-surgery her forehead was 8.5cm, but now it measures at just 5.5cm – measuring from the eyebrows to the hairline.

Camilla has since posted a series of clips answering fan questions about her new look, detailing her experience with the unusual procedure, and why she decided to get it done 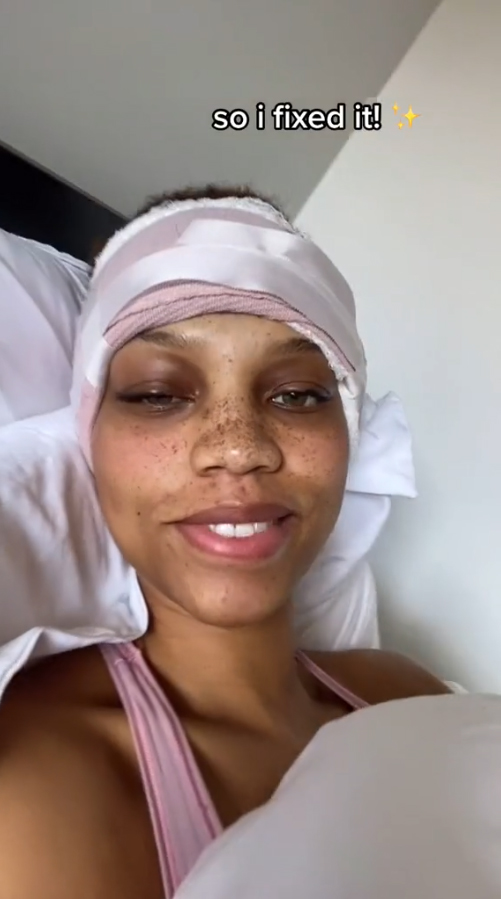 The procedure cost her $7k (£5k) and she says it’s not very painfulCredit: @camillacolbro/TikTok 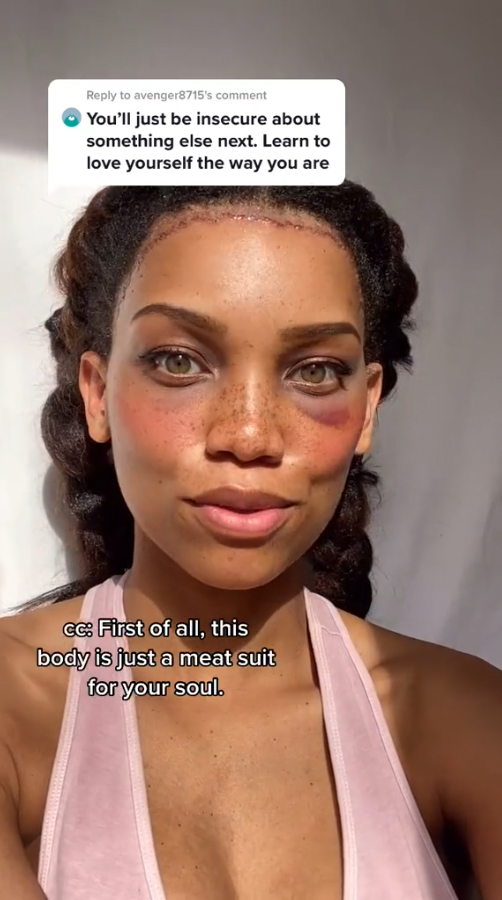 Camilla hit back at trolls and defended her decision to get it doneCredit: @camillacolbro/TikTok

She explained: “In order to do it they make an incision right at your hair line and then they lift your scalp up a bit and they make another incision where they’re going to lower it to. Then they pull it together and sew it.”

She said although it “sounds painful” she reckons her breast augmentation was far worse, saying her pain level is only at about “three or four out of ten”.

The model explained that she got her boobs done after breastfeeding her kids, and that painkillers have helped ease the pain.

She said her husband, who she’s been with since they were 15, “fully supports me getting plastic surgery” because he “knows that I’ve always wanted to get my forehead done.”

Meanwhile, this woman ‘ends up with a square head’ after chin-fat removal procedure goes wrong and her parents are absolutely horrified.

In other beauty related news, a woman who ‘tried everything’ for her cystic acne finally banishes it using ‘miracle’ £6 soap bar.

Plus a student, 23, whose obsession with tanning jabs has her ‘mistaken for black girl’ delighted as fans praise slim frame.