I’m obsessed with sunbeds and use them twice a week

A SELF-DESCRIBED sunbed addict has hit back at criticism that she’s too tanned, insisting she doesn’t care what people say.

Eden King took to her TikTok page recently to share a video in which she listed some of the common remarks she receives on her clips, including: “Sunbeds are so bad for you” and “you’re too tanned”.

Eden King hit back at backlash for her regular sunbed use, insisting she doesn’t care if people think she’s too tannedCredit: TikTok/ edenkingg 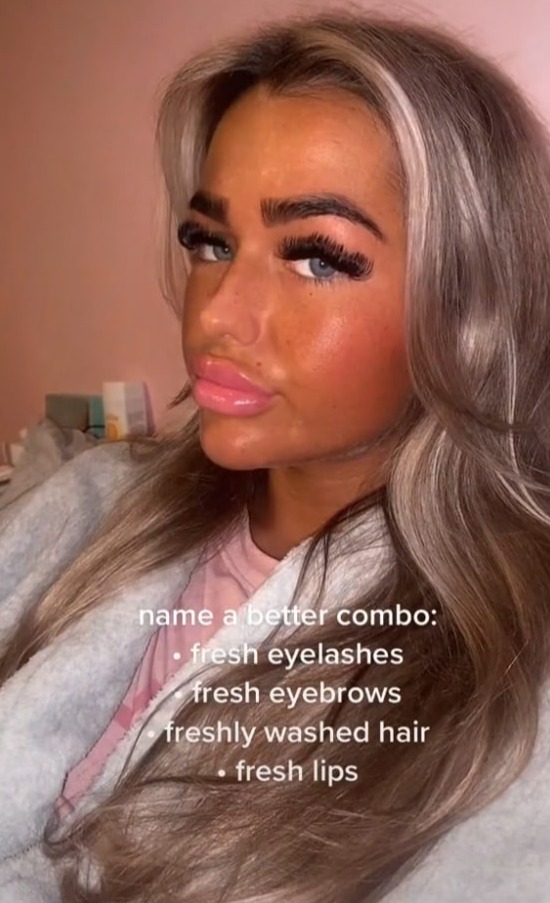 She frequently shows off her deeply bronzed skin in videos on her social mediaCredit: TikTok/ edenkingg

Others insisted she’s going to prematurely age her skin through her sunbed habit, and that she “doesn’t even know what’s in” the nasal sprays that she uses to accelerate her tan.

Responding to the backlash, she lip synced along to 6ix9ine & Nicki Minaj’s Trollz, singing: “Nah hold up, I still don’t give a f**k.”

“For real let me beee,” she captioned the clip.

In response to another follower asking how many times a week she has a sunbed, Eden replied that it’s about “1/2 now”.

She added in further detail in reply to another comment: “2 sunbeds a week, 12 mins or 16 mins.

And in another video, she detailed her extensive sunbed routine.

As well as a tingle cream, she uses 2Btanned’s nasal sprays – “two sprays up each nostril”.

“I’m literally so pale naturally as well,” she said. “Honestly, my natural colour is so pale – and them nasals have proper worked.” 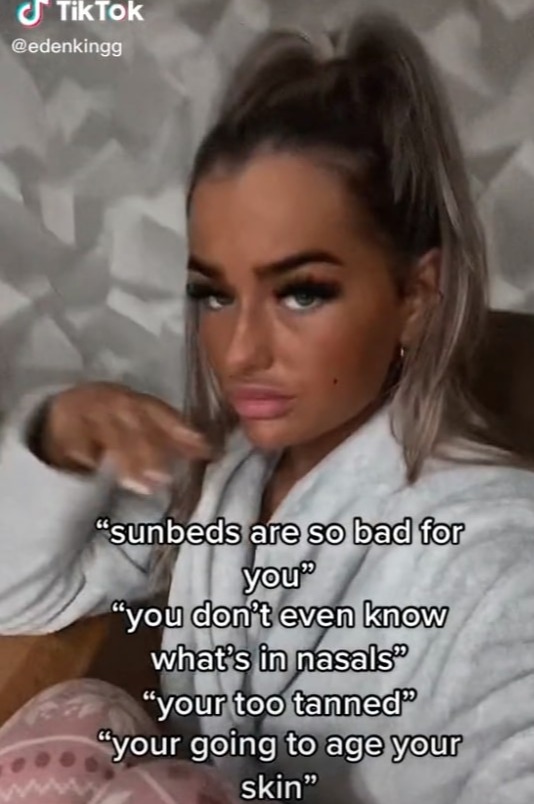 She shared a selection of the comments she frequently receives from trollsCredit: TikTok/ edenkingg 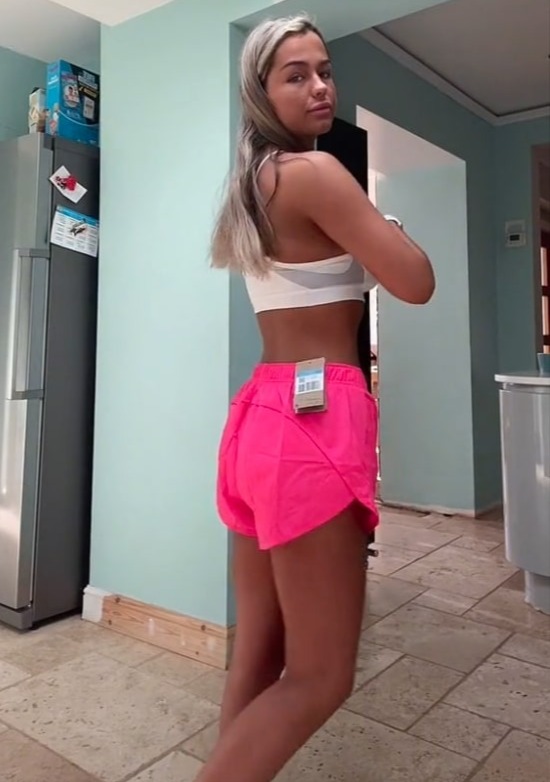 She has at least two sunbeds a week to ensure that she’s completely bronzed from head to toeCredit: TikTok/ edenkingg

She also said she regularly moisturises to keep her skin hydrated, as well as drinking tonnes of water.

Despite Eden sharing her video in response to criticism from trolls online, it still attracted cruel comments from some.

“Oh dear you have over cooked yourself,” someone wrote.

To which Eden replied: “Hate to break it to u but there’s absolutely no fake tan on me.”

Speaking of tan, this woman tried to follow in her daughters’ footsteps by giving herself a fake tan, but ended up a little too orange.

This lady suffered a complete fake tan fail after putting it on her face.

And this woman wanted a natural-looking spray tan but ended up with something VERY different.