I use earmuffs to make my boobs look bigger

THERE are some outfits that require a bit of cleavage on show – but if you haven’t got much going on in the boob department, you can always fake it with a push-up bra.

But there’s a new viral TikTok hack that shows women how to get a fuller bust in seconds.

If you want to achieve a fuller looking bust, listen upCredit: tiktok

TikTok user francesledger1997 shared her simple hack for giving your boobs a boost – and all you need to do is get some ear muffs, yes you read that correctly.

You might already have some for keeping your ears warm on chilly winter walks, but instead of putting them on your head you need to stuff them down your top instead.

The tightening effect of using ear muffs will have a similar effect to a push-up bra and will make your boobs look lifted in seconds.

Frances uploaded the video to TikTok with the caption: The ultimate strapless/backless bra.

In the video we see Frances put her ear muffs underneath her dress and it’s safe to say the hack definitely works.

Although Frances is already blessed in the boob department, the ear muffs really add an additional lift.

Clearly her video has impressed numerous people as it has racked up a whopping 2.6million views.

The comments were a mix of men raving about the clever technique, as well as women praising the clever idea.

Many were left in shock at just how big the hack made her boobs look, with one saying: “That’s illegal.”

If you haven’t got any ear muffs, you can get a similar tool to Frances – a deep push-up frontless bra kit from Amazon, for just £14.49. 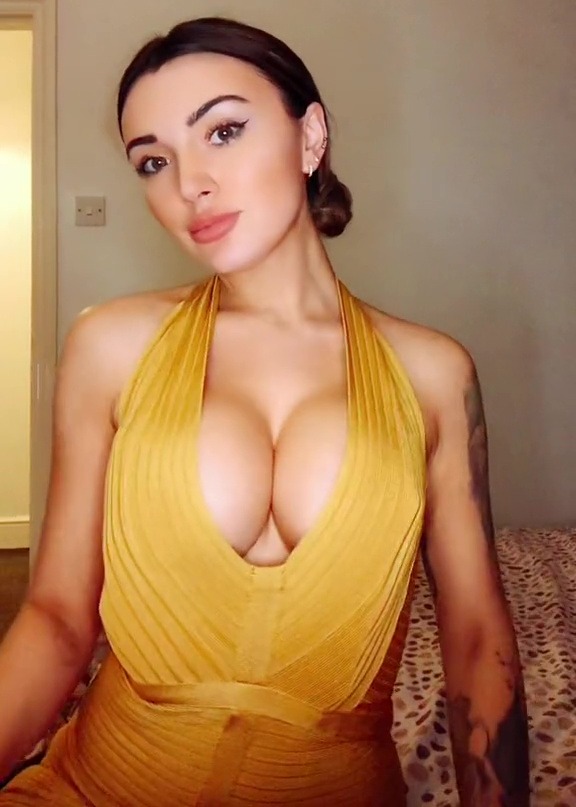 Frances’ bust is instantly lifted with this clever hackCredit: tiktok

Meanwhile, Primark fans are raving about its new £4 sports bras they say give an “instant boob job“.

Also, people think this woman is a flat chested 12-year-old but she’s actually 21 and her boobs are 28G.

Woman recreates art masterpiece on beach using only a rake