THEY are both in tiny bottles, and look remarkably similar.

But one woman learned the hard way that she needs to be more careful when using her nail glue and her eye drops – after accidentally mixing the two up.

This woman ended up in hospital after mistaking her nail glue for her eye dropsCredit: TikTok 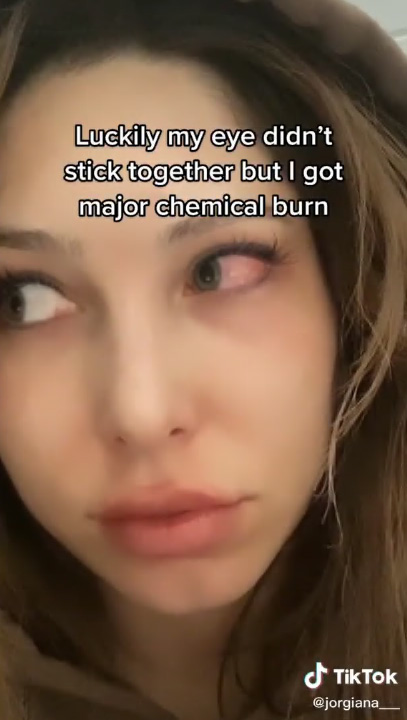 She was left with a chemical burn to her eye from the mishapCredit: TikTok

Jorgiana took to TikTok to share a video of “that time I mistook my nail glue for eye drops and ended up in the ER”.

In the clip, she held the tiny bottle of Kiss pink nail glue, before showing herself in a hospital bed – having a continuous eye drop administered to her eye.

“Luckily my eye didn’t stick together but I got major chemical burn,” she added, as she displayed her severely bloodshot eye.

“Why do they have the exact same container tho,” she captioned the video.

People were quick to comment on the clip, with one writing: “It looks so painful.”

“That tube constantly dripping looks like it would have been a life saver n soothing in the moment.”

Someone else revealed they’d also found themselves in a similar situation, writing: “OMFG I did the same thing!!! 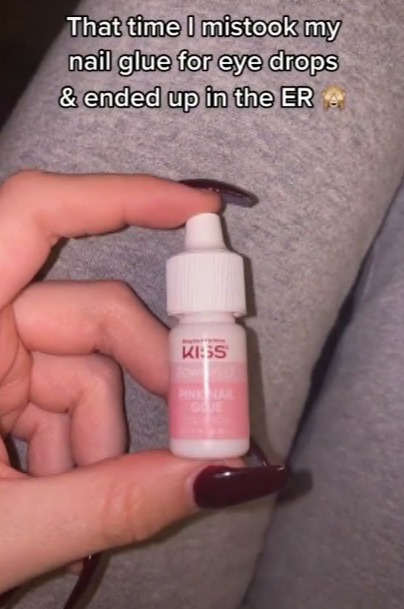 “I panicked, called 911 and then was taken to the er on a stretcher with my hand glued to my eye. You are not alone.”

Another person added: “Girl I literally did the exact thing…. HHHAHAHAHA.

“And I was like, why doesn’t the drops work??? Lemme add some more.”

In other beauty treatments gone wrong, this woman was left with awful blood blisters after having lip fillers.

And this woman wanted a dainty tattoo but it was so bad that the salon paid.