A HAIRDRESSER showed the dangers of using a box dye at home when he did a strand test on a client and revealed the huge damage the diy do had done to her locks.

The stylist pulled back the blonde dye on the thick strand of hair only to reveal the frazzled hair that lay beneath as well as a lump of hair that came out in his hand.

Hair stylist Matthew showed the dangers of a box dye with this strand testCredit: TikTok / matthewwhair 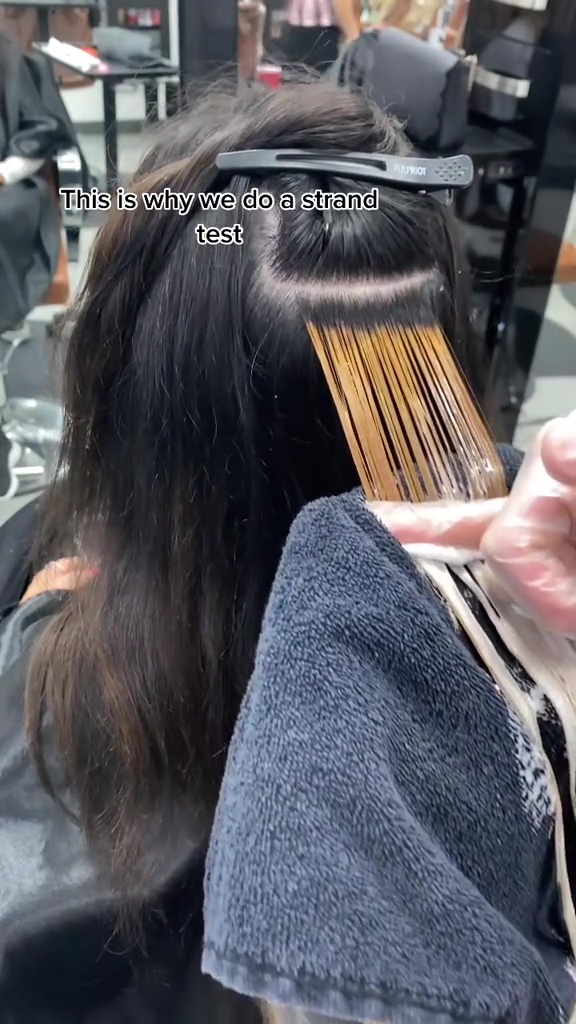 He pulled back the blonde dye on the thick strand of hair only to reveal the frazzled hair that lay beneathCredit: TikTok / matthewwhair

He uploaded this video with the caption: “Black box dye after going blonde.”

Fans were quick to comment and a lot of people pointed out that the section of hair was more than they would consider a “strand”.

Another agreed: “You literally tested a whole section of hair.”

But another user jumped to his defence, saying: “You guys are commenting ‘THAT’S SUCH A BIG STRAND TO TEST ON’ now imagine if she did it to her whole head without knowing that would happen.”

The client herself seemed very happy with the service, even taking to TikTok to describe her experience.

Jannelle said: “Hi, I’m the client! This was the day of my appointment, I went ahead with the service, chopped off some inches and went orange! He did amazing!”

We just love a happy ending! 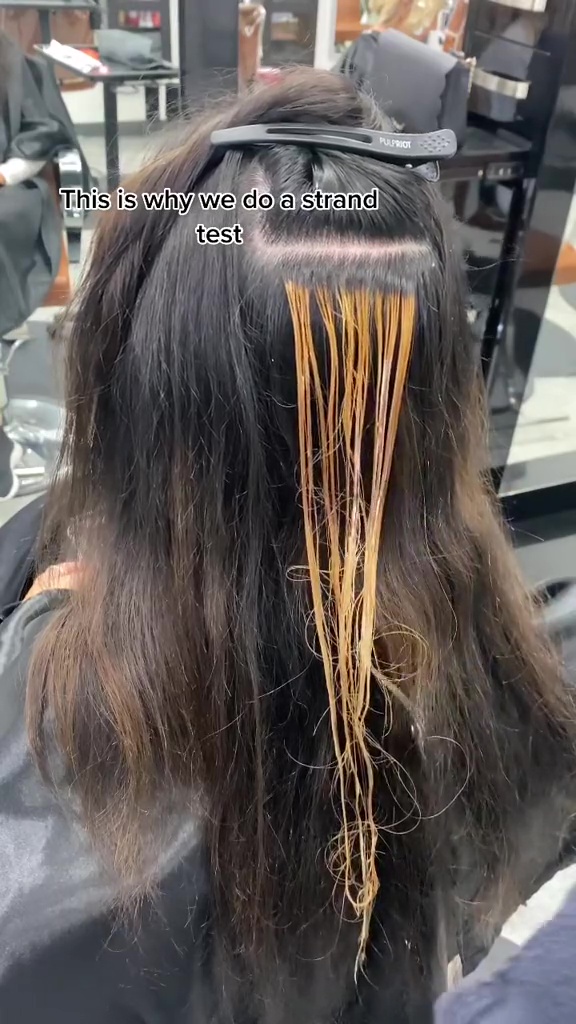 The hair was incredibly damaged after undergoing the strand testCredit: TikTok / matthewwhair

We reveal how you’ve probably been washing your hair all wrong as hairdresser reveals the one shampoo mistake most people make.

And the mad new beauty trend is to give yourself EYE BAGS – but people joke they ‘already have them’ and don’t need to ‘fake it’.

Plus beauty fans are going mad over this mascara which gives you the longest lashes ever & it’ll cost you less than a tenner.

What is CoolSculpting and what are the dangers?

You’ve been washing your hair all wrong