BEAUTY fans went wild after an epic 50 per cent off code swept the internet for cult brand Glossier.

The company is famous for their must-have Bow Brow and Cloud Paint, and if you were one of the lucky ones you bagged these – and more – for half price earlier today. 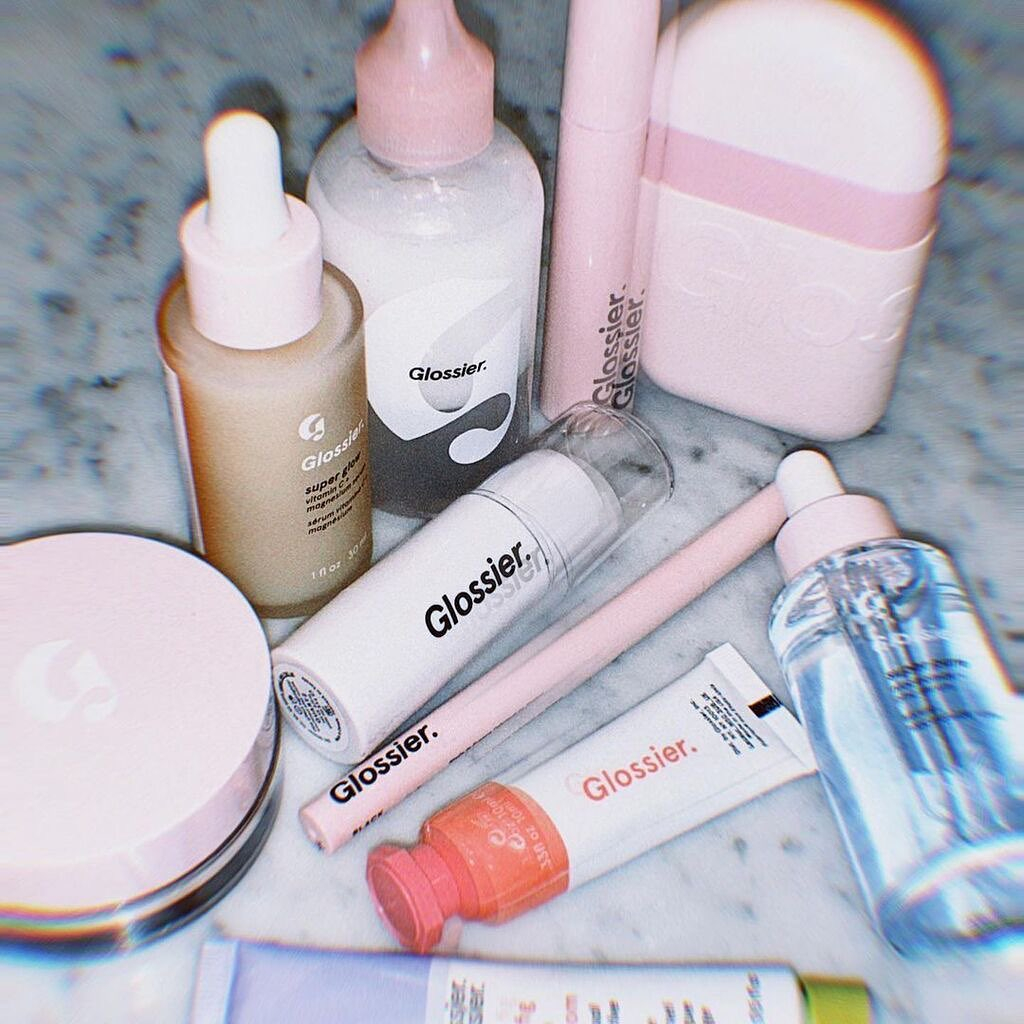 Fans swarmed the Glossier website after a 50 per cent off code emergedCredit: @eleneberaya/@glossier/Instagram

A code, ‘friendsofglossier’, swept social media, with numerous people sharing it with their friends as they filled their basket with goodies.

It’s unclear where the code originated from, as Glossier didn’t promote it, and the site rarely hosts discounts or sales, other than their annual Black Friday deals.

There was speculation it could have been a glitch or a mistake, so people took advantage of the savings while they could.

Some even questioned why people were including Glossier in their haul posts, with one fan fuming: “People that were tagging glossier with the 50% discount code, tell me what flavour of stupid you had for breakfast because???” 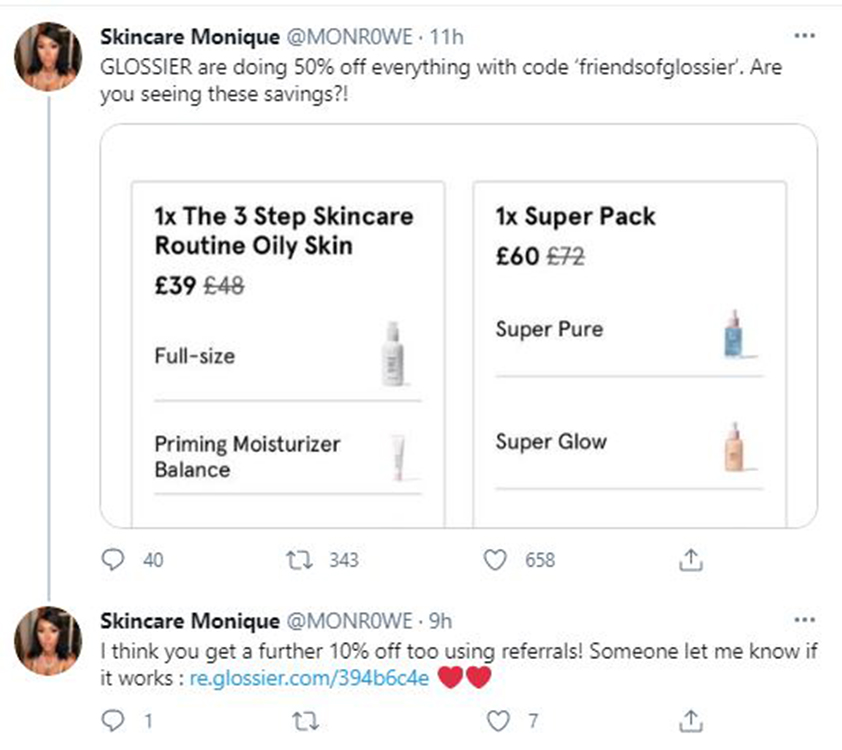 It’s unclear whether it was an official discount code or a glitchCredit: @MONR0WE/Twitter

Shoppers lucky enough to bag themselves some quickly shared their glee online, with one woman uploading a screengrab of her basket – which had a whopping £70 off in savings.

She raved: “GLOSSIER are doing 50% off everything with code ‘friendsofglossier’. Are you seeing these savings?!”

But even more were left disappointed after they missed out on the epic sale, with the code, which was live for around two hours, expiring soon after midday. 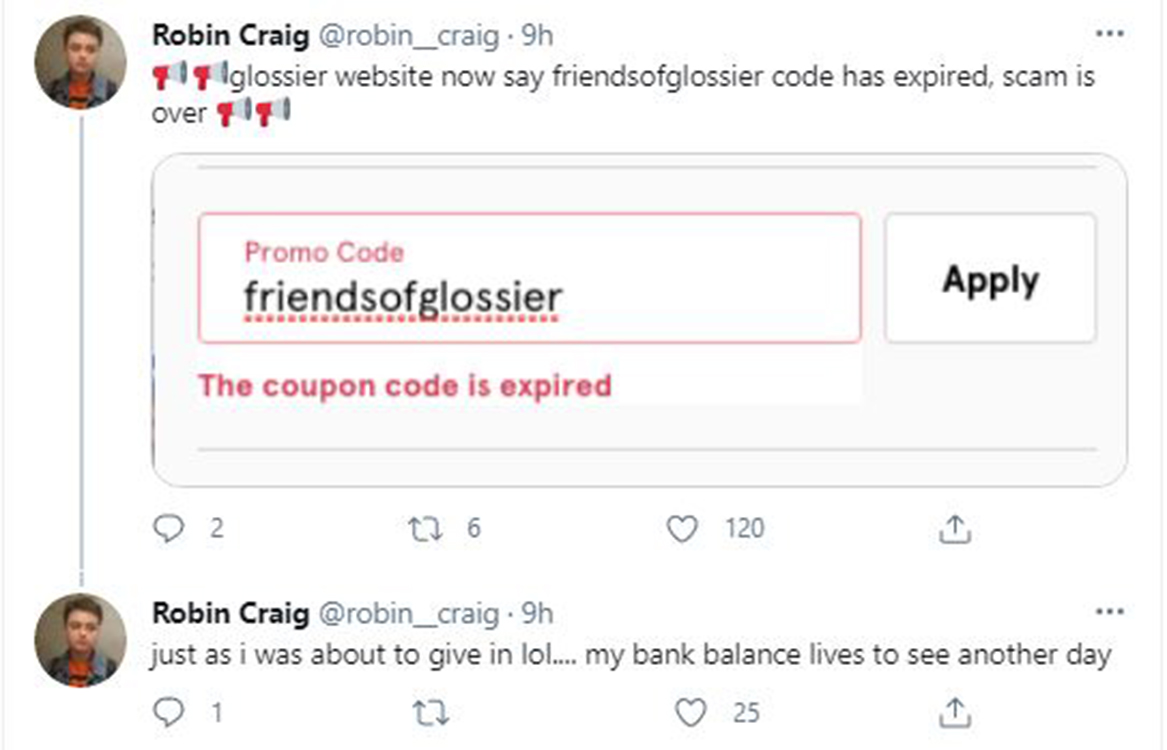 Fans quickly filled their basket but many more were disappointed after they missed outCredit: @robin__craig/Twitter 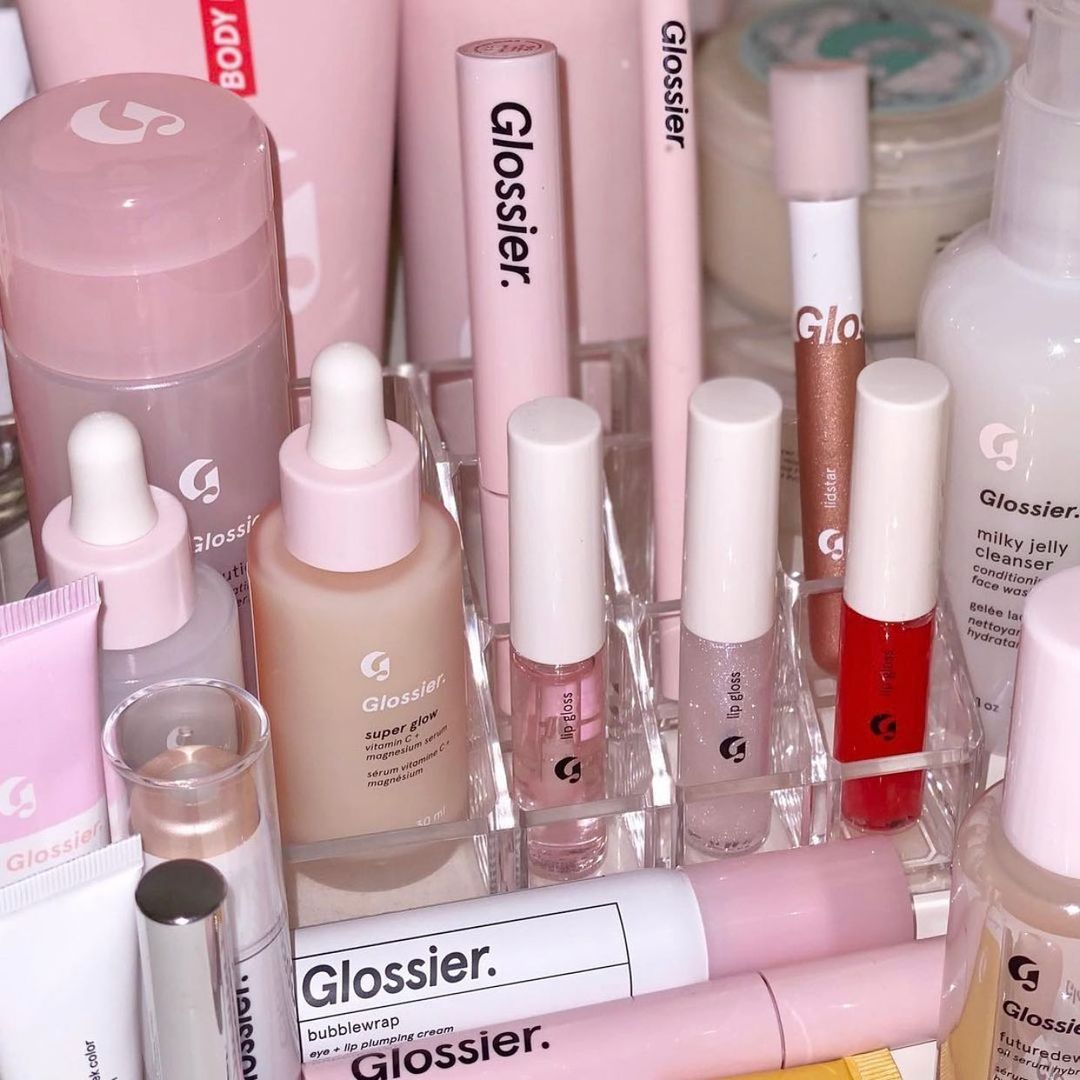 Their infamous Boy Brow would have been just £7, while their Cloud Paint was on sale for £7.50Credit: @damselflavored/@glossier/Instagram

Fans took to  social media to express their sadness, with some claiming it was the ‘best thing to happen ‘in the last 12 months’.

Another lucky fan wrote: “Just got £70 worth of makeup for £30 from glossier.”

While this person managed to snap up some discounted goodies from the continent, writing: “Can’t believe I got €168 worth of Glossier bits for €79.50 today I’m only delighted.”

The Glossier code expired. I missed the best thing to happen in the last 12 months. My basket is full but my heart is empty.

where were you when the glossier code expired

Yeah sex is great and everything, but have you ever had a 50% discount at glossier

But this disappointed fan wailed: “The glossier code expired just as I was about to finish my order.”

Another wrote: “Woke up 10 minutes too late to take advantage of that glossier 50% off glitch……….. don’t text.”

While this person added: “The Glossier code expired. I missed the best thing to happen in the last 12 months. My basket is full but my heart is empty.”

While this glam mum-to-be applies a full face of make-up while in labour and 10cm dilated.

In other beauty news Lidl has launched an air styler for £12 – and it’s a dupe of this £60 Revamp version.

And this woman claims she ditched her 9-5 to sell sexy snaps on OnlyFans.