A SCIENCE teacher believes you’ve been thawing your turkey completely wrong – the right way will take less than 24 hours.

Jason Latimer claims his tip only takes a fraction of the time it takes to thaw a frozen bird in the fridge.

A science teacher claimed he knows the best way to thaw a turkeyCredit: TikTok/impossiblescience 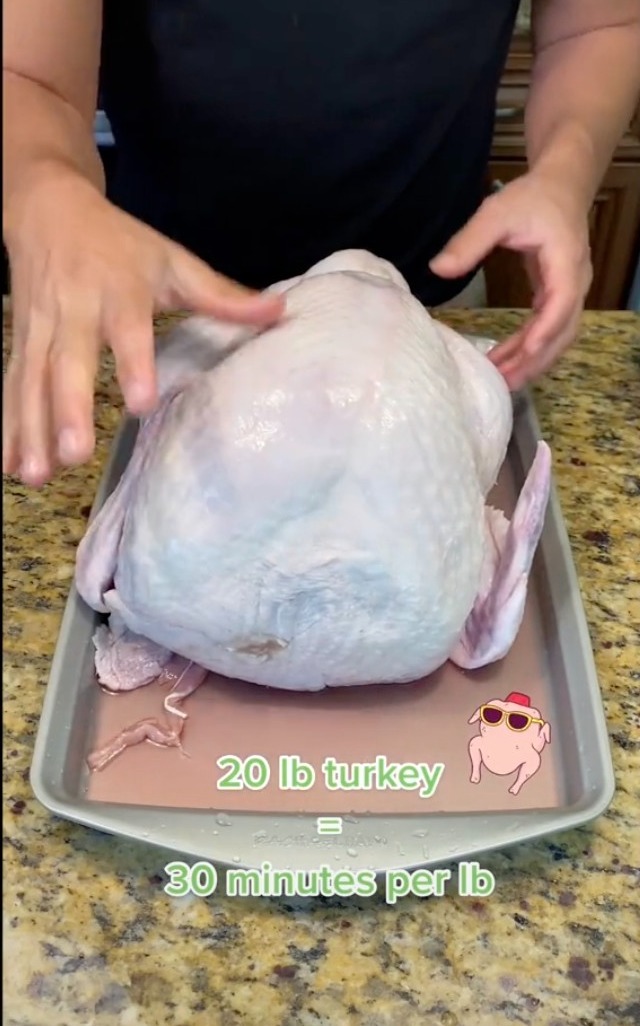 He said his hack can make a 20-pound turkey thaw in less than half a dayCredit: TikTok/impossiblescience

“Now a 20-pound turkey in a refrigerator could take three and a half to four and half days [to thaw],” he said in a video he shared on TikTok.

“I’m going to show you how to do it in a handful of hours.

“The secret is to put it in ice water,” he continued.

Jason explained that water is “far more efficient at transferring heat than air,” and as long as you keep the water close to 40 degrees Fahrenheit, the process will work.

He said it should take about 30 minutes to defrost each pound of meat, so a 20-pound turkey only needs about 10 hours.

He even did a side-by-side comparison of his method vs. the traditional refrigerator thawing method.

“After the same amount of time, this 20-pound frozen turkey that was in the refrigerator was still frozen while the one that was in water?

“Thawed and ready to go,” he confirmed.

And if you’ve got the thawing part handled, but need some tips for cooking the bird, there are plenty of tips floating around the internet for that as well.

One cooking guru revealed three hacks to achieve a juicy and flavorful turkey.

First, she said to soak it in well-seasoned water overnight.

Then, she advised cooking it in a bag.

“Bake your turkey breast-down and in the final 45 minutes, you’re gonna turn it over [and] open up the bag so that way that [skin] on the breast will get nice and brown ‘cause we want our bird to have a tan,” she explained.

Finally, she said it’s imperative to let the turkey rest for 45 minutes before carving it.

But if you don’t want to cook a turkey at all, Popeyes has you covered.

A TikToker revealed you can order a whole pre-seasoned, pre-cooked bird right from the drive-thru. 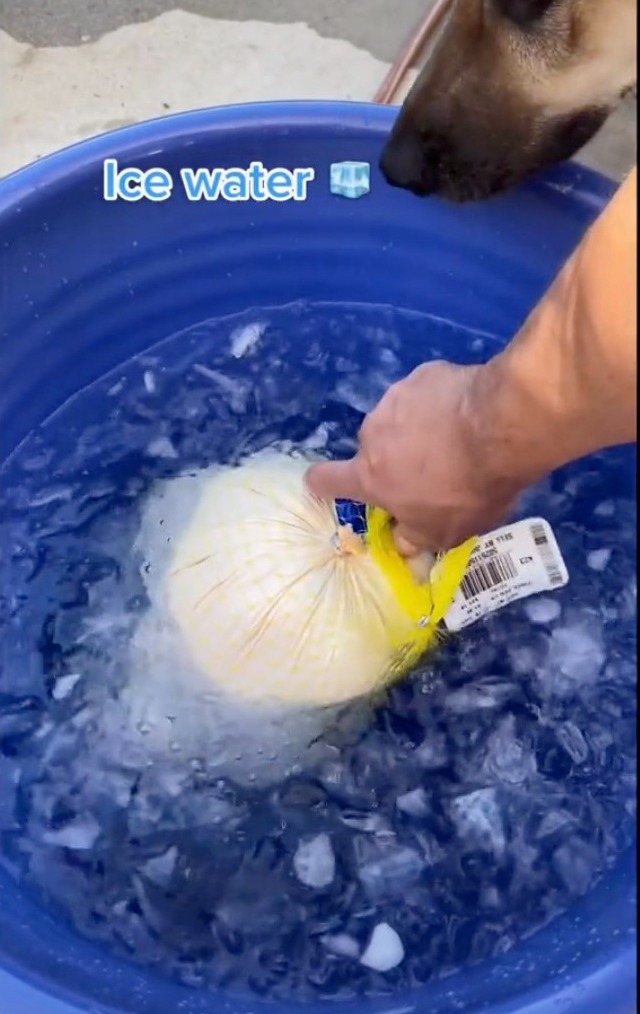 Water is better at transferring heat than air, so turkey thaws faster in waterCredit: TikTok/impossiblescience

Megadeth’s Dave Mustaine is pushing for another “big four” concert with Metallica, Slayer and Anthrax