A WOMAN is warning people NOT to shave their baby hairs as she had a nightmare when hers stared to grow back as fuzz.

The woman shared the warning with her followers on TikTok, as she documented how hers were growing back. 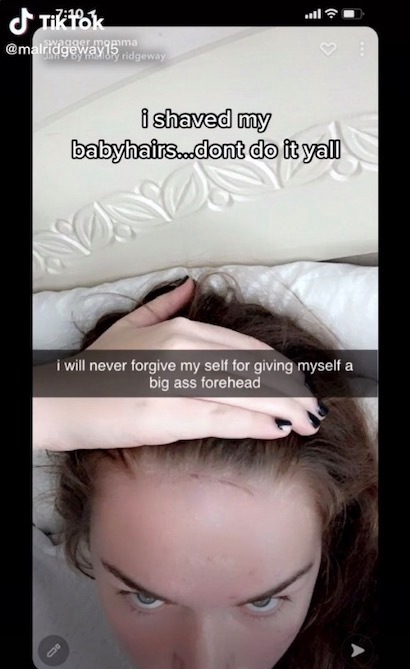 One TikToker is warning people not to shave their baby hairsCredit: TikTok/@malridgeway15 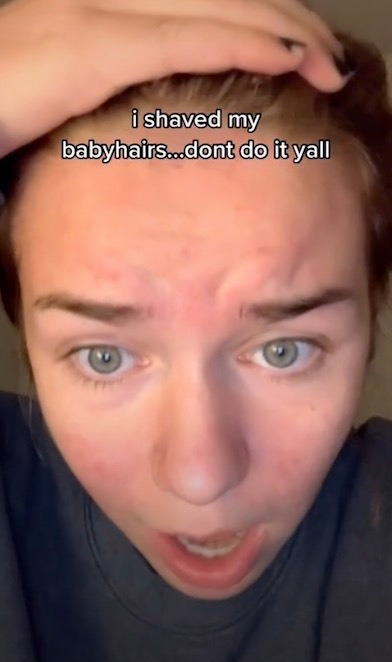 She said she’ll ‘never forgive myself’ for the decisionCredit: TikTok/@malridgeway15

The hair horror warning was shared by TikToker @malridgeway15.

Babyhairs are fine, wispy hairs that grow around the hairline. The texture is often softer than hair on the rest of the head, and they are usually shorter than the length of the hair.

Black and Latina women have styled their baby hairs for decades, and will often slick them back and use product on them.

“i shaved my babyhairs…dont do it yall,” she wrote in text over a video.

She showed pictures of her hairline after she shaved them – and expressed regret.

In one picture, she wrote in text: “i will never forgive my self for giving myself a big a** forehead.”

She then showed pictures of the fine hairs growing back in as fuzz. 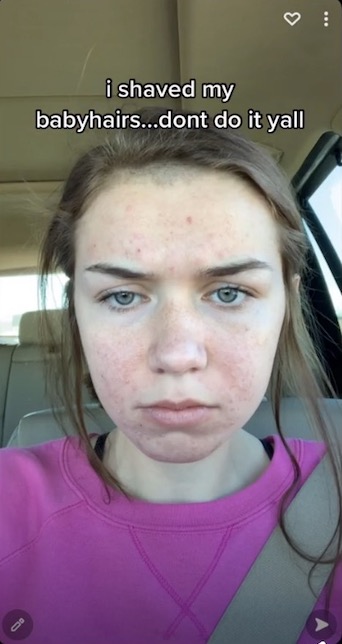 She shared pictures as the hair began to grow back wispyCredit: TikTok/@malridgeway15 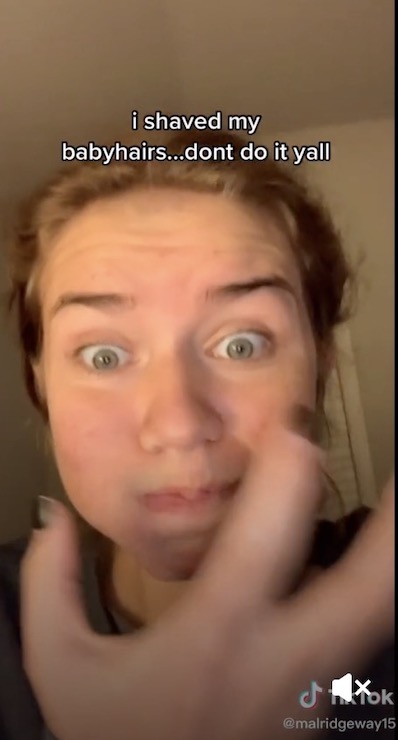 She said she gave herself ‘a big a** forehead’Credit: TikTok/@malridgeway15

“f**k what do i do,” she wrote in one picture as they started to grow back.

In another video, she shared an update as they grew back in longer.

The hair along her hairline is seen less than an inch long, growing in fine and wispy. 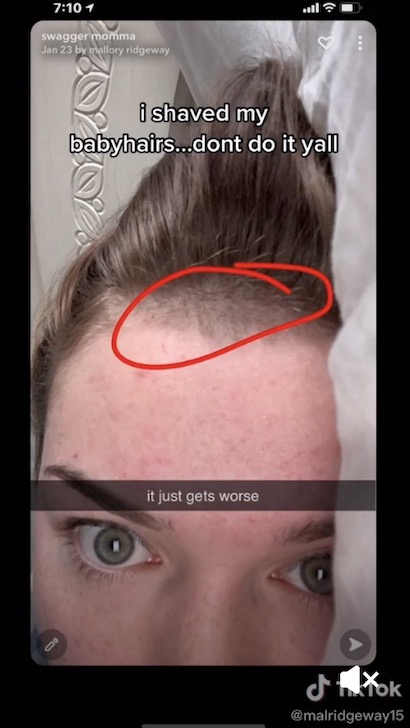 She’s debating to get bangs or other fixes as her hairs grow backCredit: TikTok/@malridgeway15

People came to the rescue with suggestions for what she could do.

Another said: “I think now bangs would be a good style to try…”

One person suggested: “put them in a middle part then pin them with bobbypins.”

In other hair horrors, one woman took her hair extensions out with her dad’s pliers.

Another woman lost her hair after getting the copper IUD.