A home cook has shared a bacon and cheese recipe which has gone down a treat.

Amateur cook Jen posted the recipe with her TikTok followers which has been liked more than 84,000 times.

She also demonstrated how to make the delicious rolls in a how-to tutorial.

The American woman began by cooking the bacon for a few minutes then leaving it aside.

She then scoops the yoghurt into a bowl, sifting in the flour and mixing it in to become a dough.

Then, she puts flour onto a chopping board and kneads the dough before splitting into four rolls. She then transfers to a baking dish and puts the bacon and cheese on top.

She cook in the oven for 15 minutes until the rolls are golden brown and that’s all there is to it! 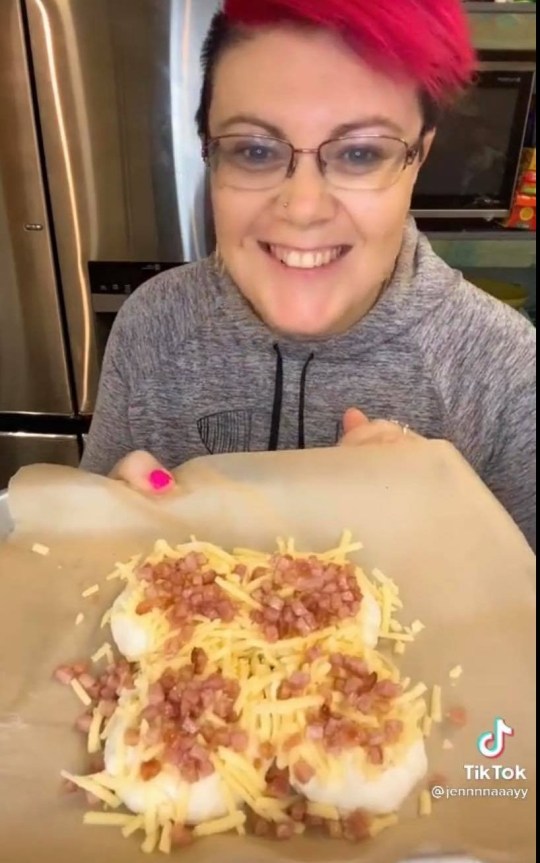 Jen’s videos have become popular with viewers as the amateur cook has amassed more than more than 173,000 followers, with more than 6 million likes.

She even appeared on American television talking about her impromptu TikTok cooking channel. 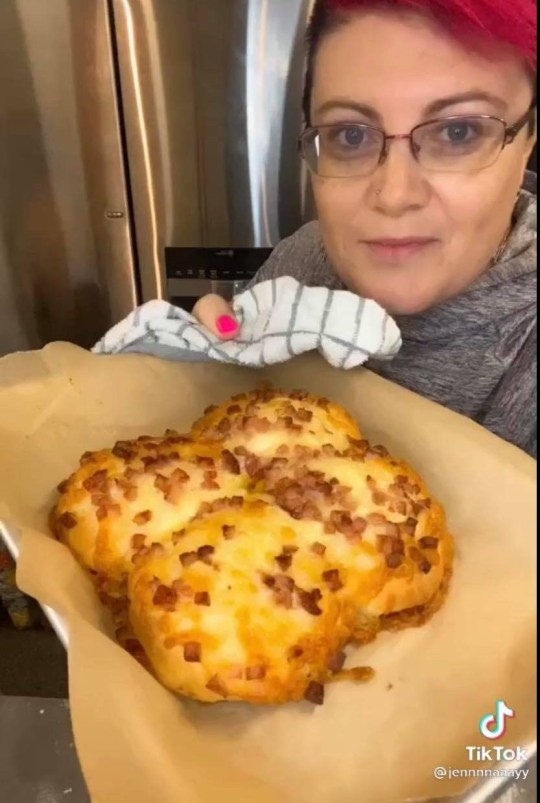 Her bacon and cheese rolls have gone down especially well, being viewed more than half a million times.

One person wrote on the video: ‘You teach me more than the ridiculous amount of cook books I own have taught me in the past five years’.

‘I’m shocked at how easy these are to make,’ another wrote.

A third person added: ‘I want to make these!’