THIS is the shocking moment a Seattle beach party descended in chaos after a TikTok invite went viral.

Wild footage shows party-goers trampling on a police car at Alki Beach as officers desperately tried to shut the chaos down in the early hours of Sunday morning. 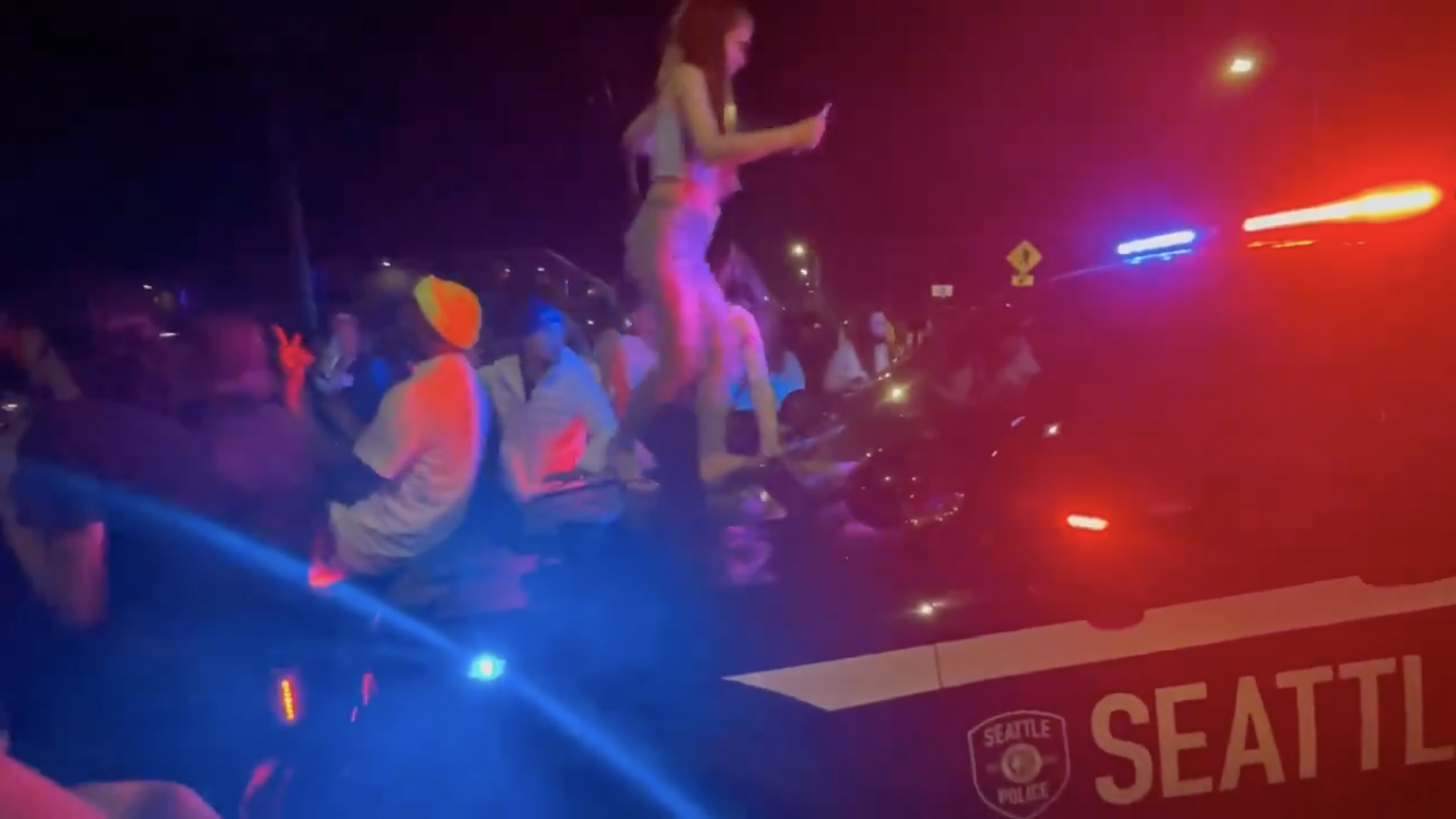 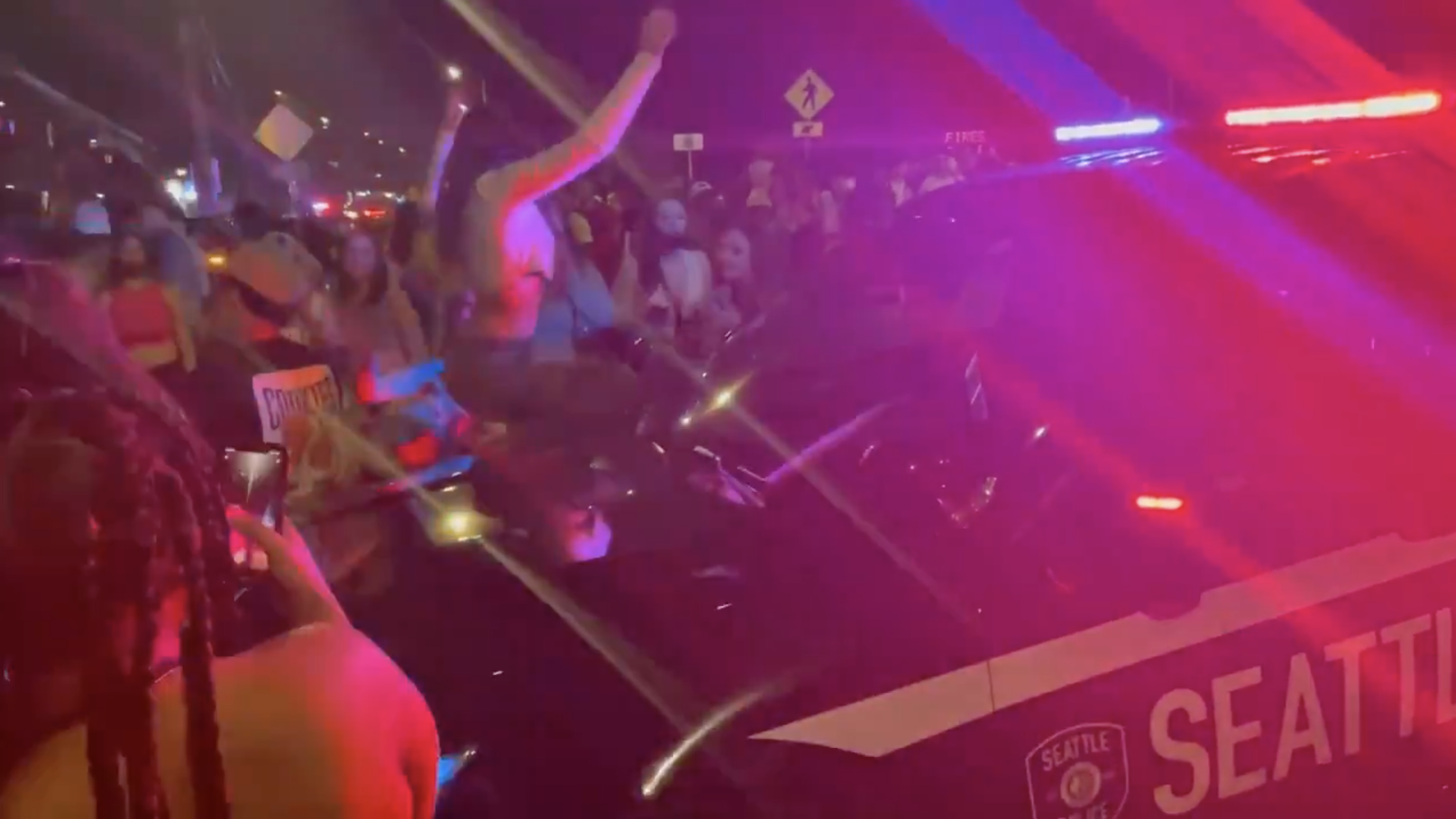 One woman twerked as she helped another reveller onto the bonnetCredit: Katie Daviscourt via Storyful 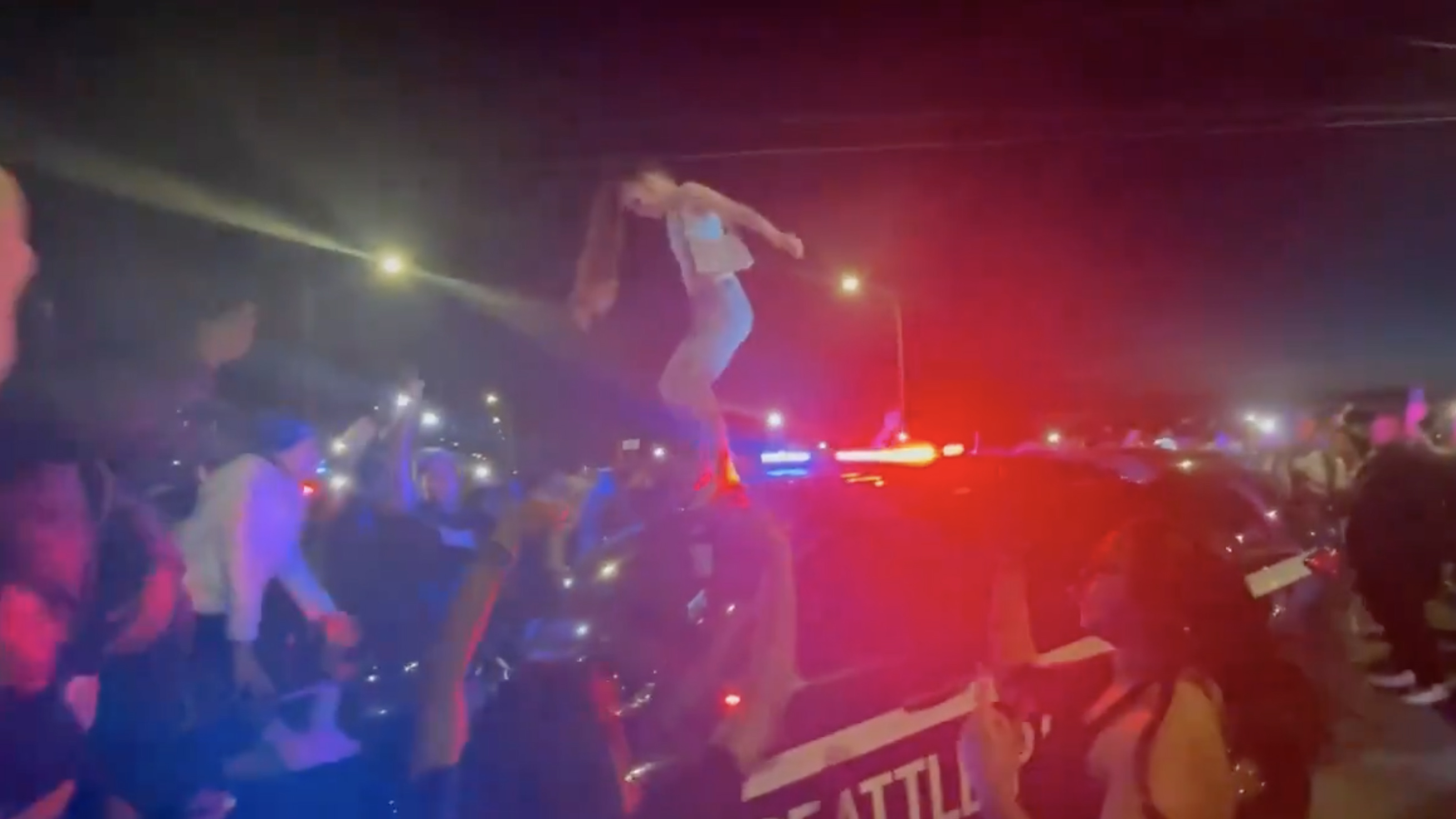 They were jeered on by the huge crowdCredit: Katie Daviscourt via Storyful

Cops made two arrests after “multiple fights” broke out while roads leading to the park were closed after reports of robberies and fires, the Seattle Police Department said.

And in wild scenes from the chaos, two women can be seen dancing on top of officers’ car.

“We just watched as a woman did a striptease on top of a police cruiser and was forced away,” Kiro 7 reporter Ryan Simms wrote on Twitter.

The video starts with a woman twerking on the bonnet of a Seattle Police van before helping another woman up to join her.

The second woman struts across the roof, showing off her moves as the crowd jeers her on.

Other footage shows officers using loudspeakers to disperse hundreds of youngsters while urging revellers to leave the park.

One cop can be heard saying: “Will everybody please leave the area at this time.”

The force later confirmed it had shut the party down.

“Officers are now asking the remaining people to please leave.

“Please do not attempt to enter Alki Beach at this time. Roads are closed approaching the beach.”

The event appears to have been organized by teens on TikTok. 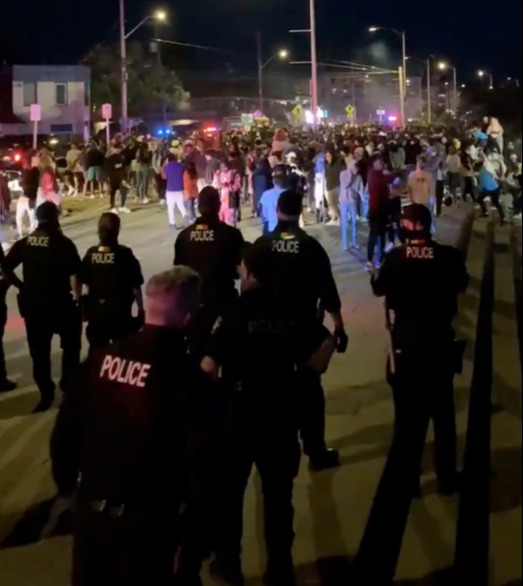 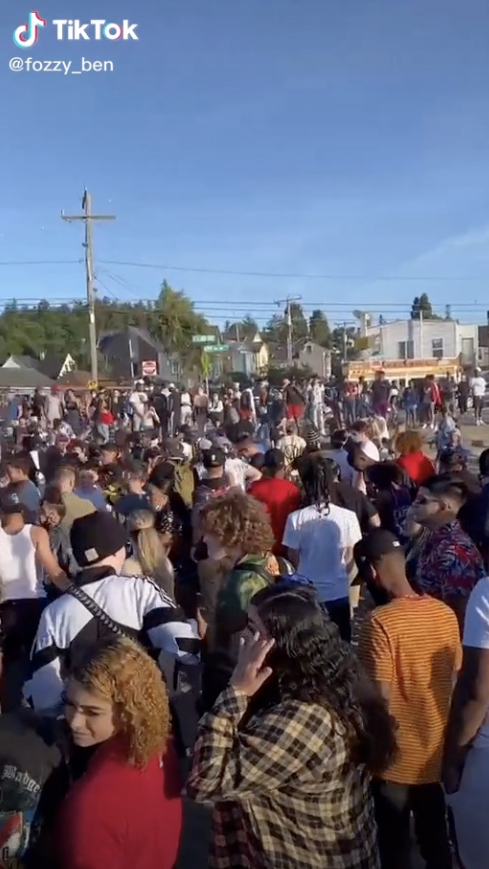 Huge crowds gathered on the sand for the party which went on into the nightCredit: TikTok 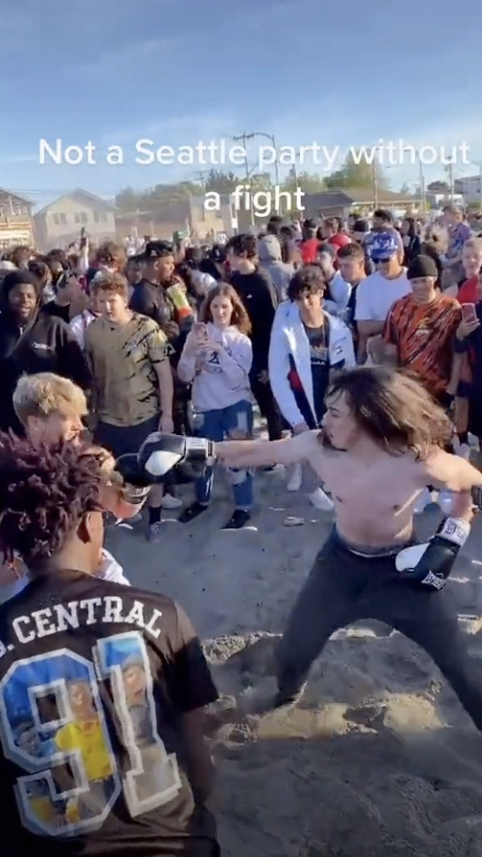 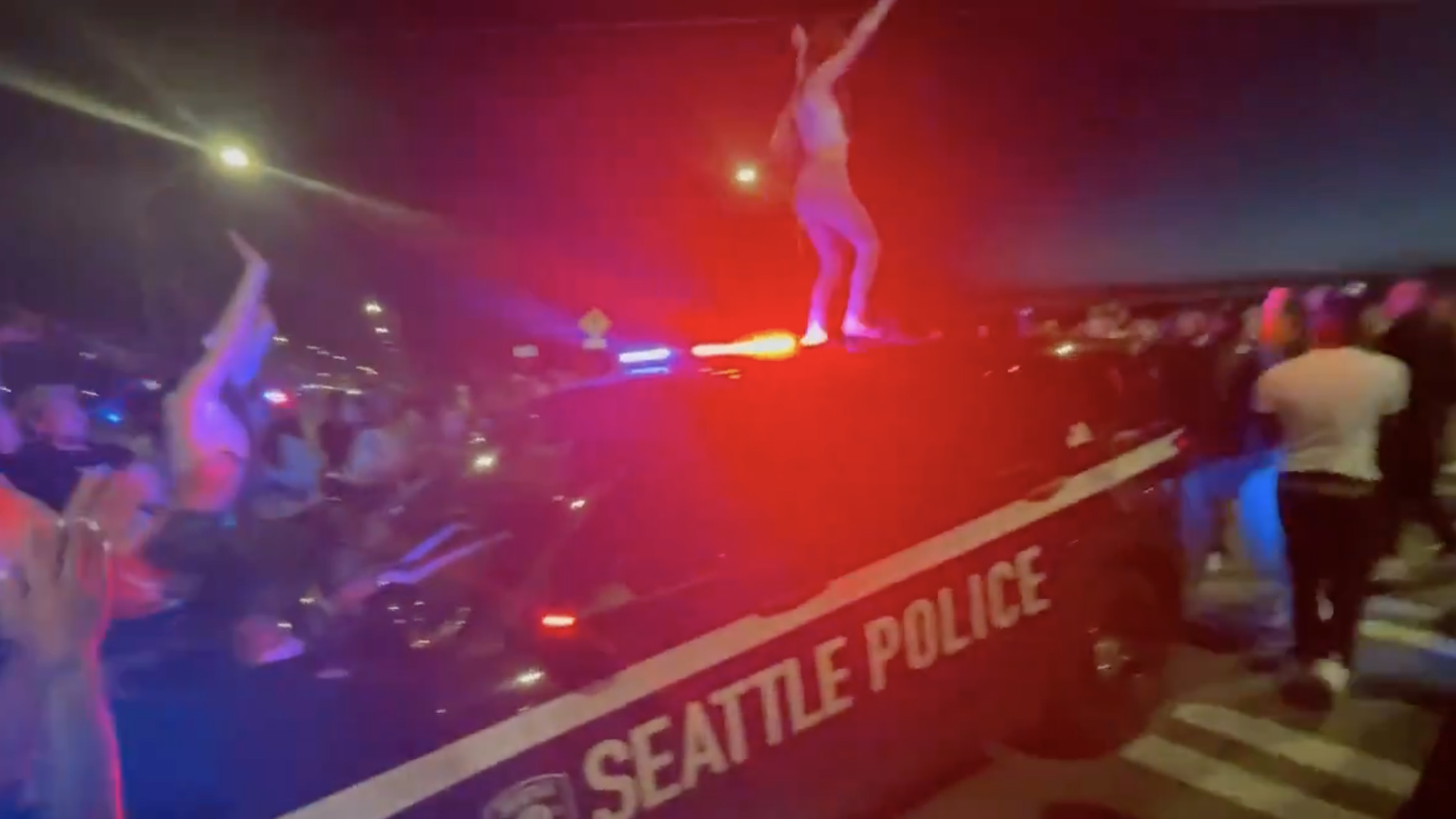 Women twerked on a police van while being jeered on by onlookersCredit: Katie Daviscourt via Storyful

Who is Frog on the Masked Dancer? All the clues, hints and theories