It was reported in November of 2021 that the couple had called it quits.

In March of 2022, Camila Cabello spoke with Apple Music’s Zane Lowe about her previous relationship with Shawn Mendes.

“As I get older, the priorities shift,” she said.

“And I feel like that was that way for both of us.”

Cabello continued: “We both started so young, too. It’s like we’re really learning how to be healthy adults. My priorities have fluctuated, and my focus has changed throughout my life.

“Those years that we were dating … even while I was writing [Familia] and even still now, I guess my focus is really on, ‘How can I be a well-rounded person?'”

On November 17, 2021, Mendes took to Instagram to inform fans about his relationship status.

“Hey guys, we’ve decided to end our romantic relationship but our love for one another as humans is stronger than ever,” Mendes wrote via Instagram story to over 64million followers.

“We started our relationship as best friends and will continue to be best friends. We so appreciate your support from the beginning and moving forward.”

Mendes and Cabello had regularly gushed about each other in interviews and on social media throughout their relationship.

Just three months into their romance, Cabello revealed they initially kept the relationship private “to protect it.”

How long were they together?

Prior to their split, Shawn Mendes and Camila Cabello had been together for two years.

They first met in 2014 while performing as opening acts for Austin Mahone’s tour.

At the time, Cabello was a member of Fifth Harmony.

In June of 2019, the former couple collaborated on Señorita and fans were convinced they were a pair.

Almost one year later, Mendes opened up about his music in the trailer for Netflix documentary Wonder, and revealed that all of his songs are about her.

“My song comes on the radio or something, and I’m like, ‘Everything’s about you. They’re all, they have always been about you,'” he says in the clip. 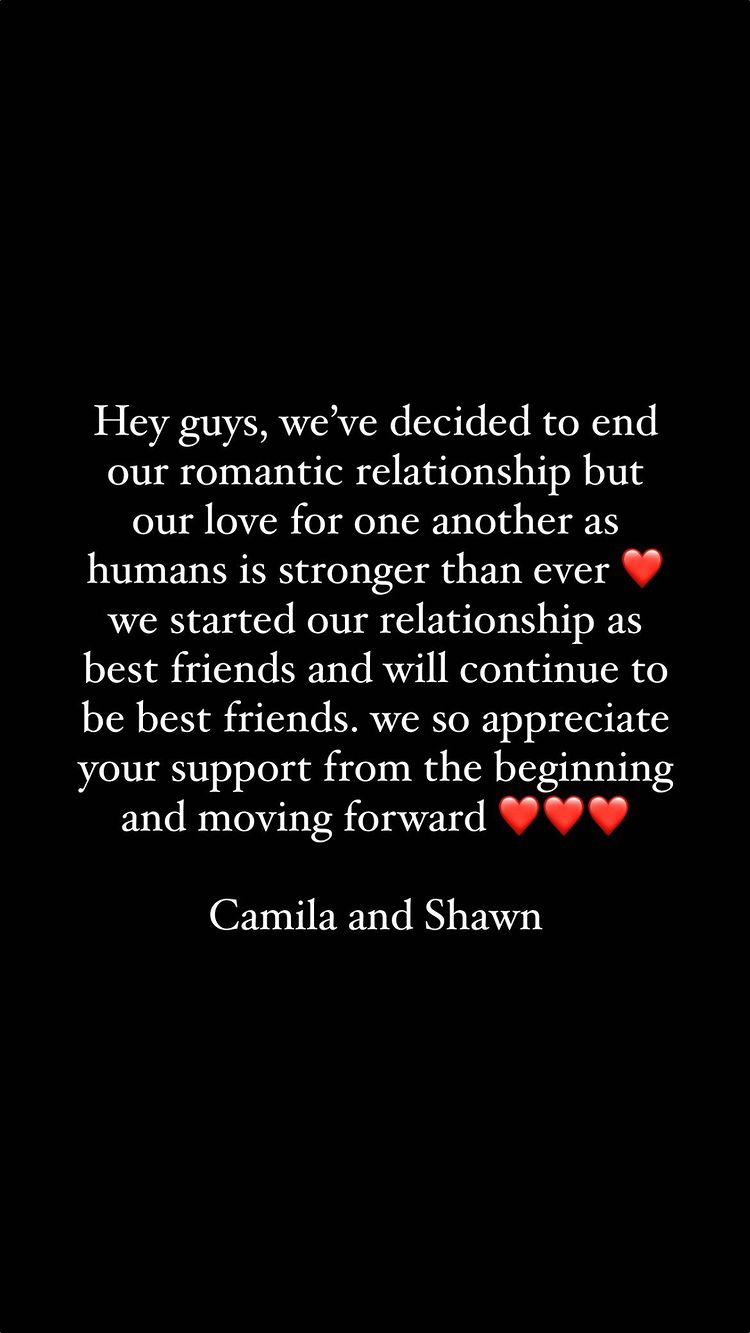 In December of 2020, the Life of The Party singer spoke with Entertainment Tonight and sparked engagement rumors telling the media outlet he was considering asking Cabello for her hand in marriage.

He said at the time: “I think for me it’s always been if I’m not willing to talk about that stuff then I kind of check out a little bit, and I don’t know, I really think when you know, you know.

“She’s been one of my best friends since I was, like, 15 years old. I don’t know, at the same time, I know we are really young so I don’t want to jump, like, insanely fast, but I think when you find your person, you feel and you know that you have found your person.”

The Game says he’s a better rapper than Eminem