US Marine Rylee McCollum who was one of the 13 victims killed in the suicide bomb attack in Kabul on Thursday.

Tributes have since poured in for the 20-year-old who was described as “incredibly brave.” Here we detail the everything you need to know.

Rylee McCollum was a former US MarineCredit: Reuters

Who was Rylee McCollum?

Rylee McCollum was a former US Marine who was sent to Afghanistan as military evacuations started.

Officials revealed that McCollum graduated in 2019 from Jackson Hole High School in Wyoming before joining the Marine ranks.

His sister told told the Star-Tribune that a role in the Marines was something that he always wanted to do.

“He wanted to be a Marine his whole life and carried around his rifle in his diapers and cowboy boots,” McCollum’s sister told the Star-Tribune.

“He was determined to be in infantry… Rylee wanted to be a history teacher and a wrestling coach when he finished serving his country.

He’s a tough, kind, loving kid who made an impact on everyone he met. His joke and wit brought so much joy.”

How did Rylee McCollum die?

McCollum is understood to have been killed while manning an airport checkpoint at the time of the bombing.

He had only been in Afghanistan a few weeks and was expected to return to the US in October.

Who is Rylee McCollum’s wife?

Rylee Mcollum was married to Jiennah Crayton, known by her friends as Gigi.

The couple tied the knot in February this year having eloped in Vegas,

Following the news of her husbands death she wrote on Facebook on Friday. “I lost my best friend. And nothing will ever make that hurt less. He would’ve been the best dad.

“I wish he could see how much of an impact he made on this world. I’m so proud to call him my husband.

“Much love to the other families affected by this. They are all heroes forever.” 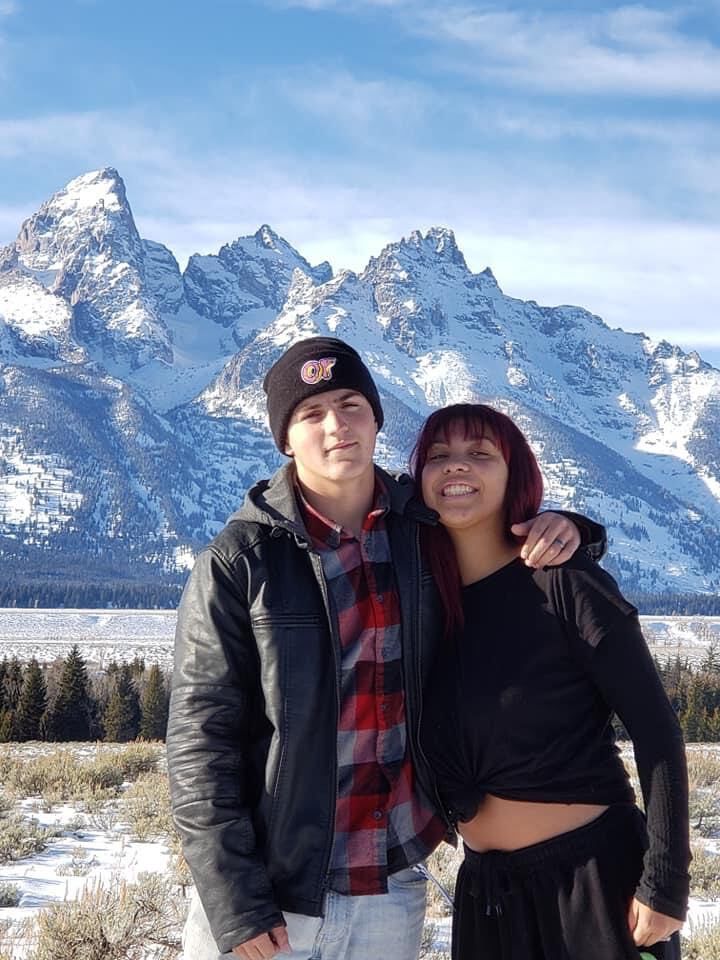 The 20-old was expecting his first child with wife Jiennah CraytonCredit: Family Handout

When is Rylee McCollum’s wife expected to give birth?

Rylee’s wife Jiennah is due to give birth in October.

Jiennah’s mother said her 20-year-old daughter is “crushed” having been told the devastating news.

In August, she told The Sun exclusively that she is rushing to be by her side, flying to California, saying: “She’s having his baby next month, my first grandbaby.

“I’m working on getting a flight right now, I’m trying to get my week covered from work.

“I didn’t get to know him, I didn’t even get to meet him, but I do know that she was madly in love with him. He was her everything her future and her best friend.

“I couldn’t wait to meet him, he made her so incredibly happy. I hadn’t known her to be so happy until she married him and found out she was pregnant. It was like she was complete.”

How can you donate to Rylee McCollum’s GoFundMe page?

Rylee’s mother in law, Jill has now launched a GoFundMe account to raise money for her daughter and unborn baby.

Her statement on the site said: “My heart is incredibly heavy today, in the wee hours of the morning my beautiful daughter got that knock on her door that no military spouse wants to get.

“Her strong, handsome, incredibly brave husband of less than a year was one of the 13 Marines that gave his life yesterday in Kabul. She’s 36 weeks pregnant and she lost her love.

“I never got to meet him (Rylee), but I will meet his baby, and I will love and spoil that baby forever.

“Please hold her in your heart and soul because she needs it, this mama knows exactly what that feels like.”